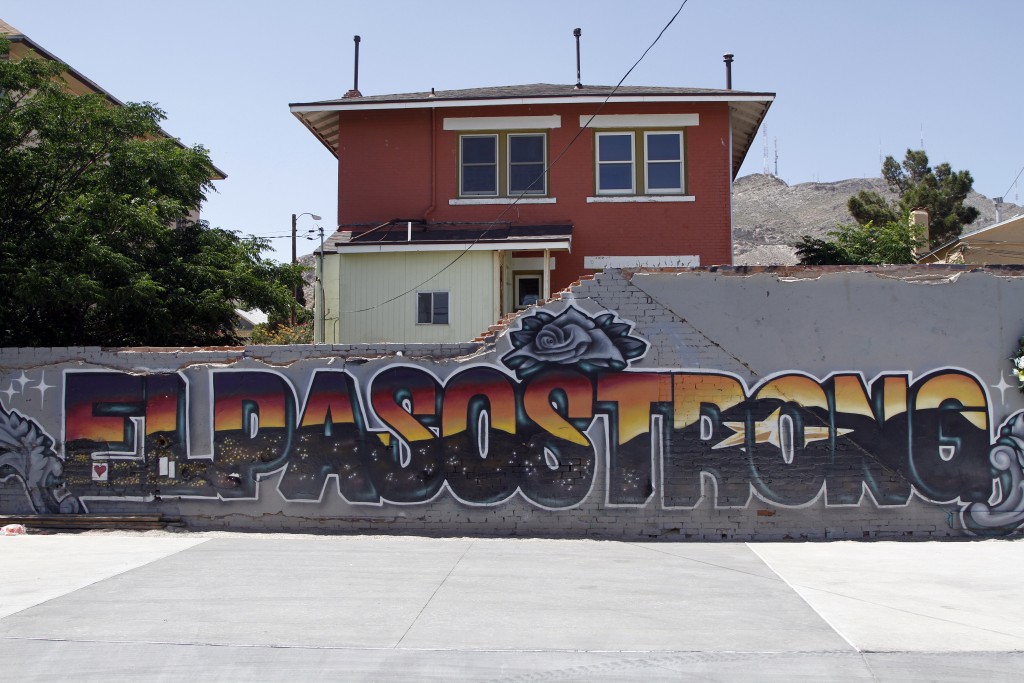 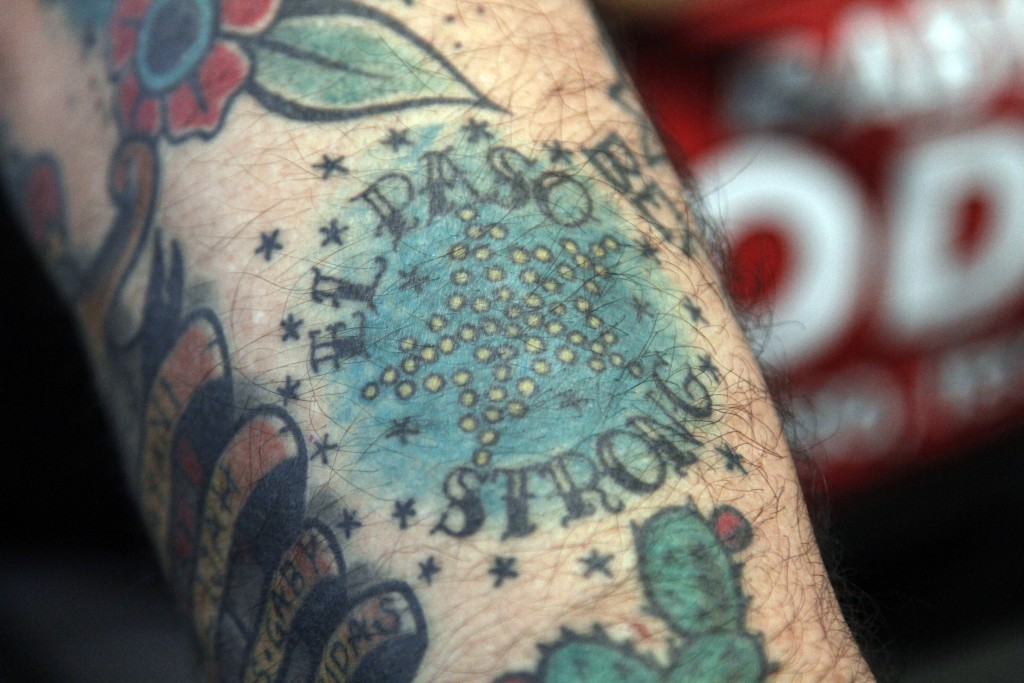 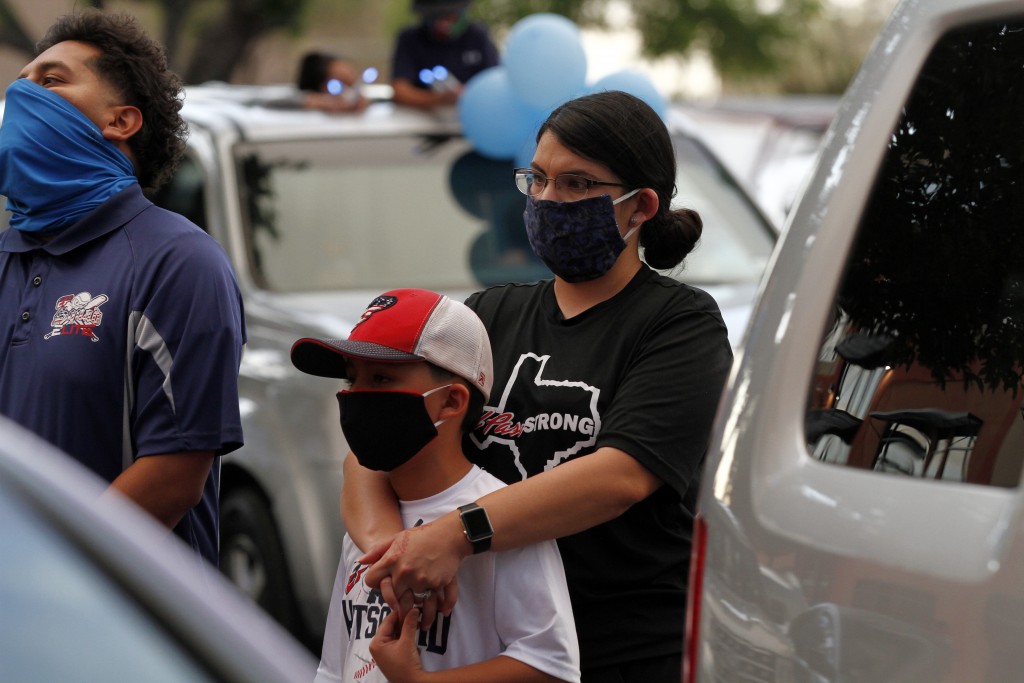 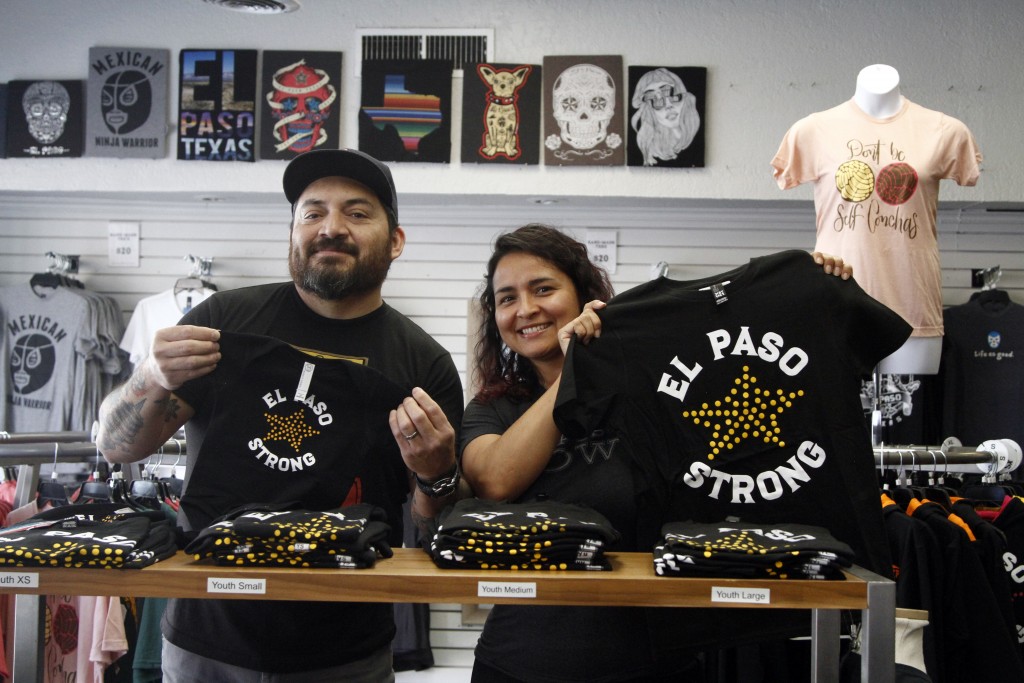 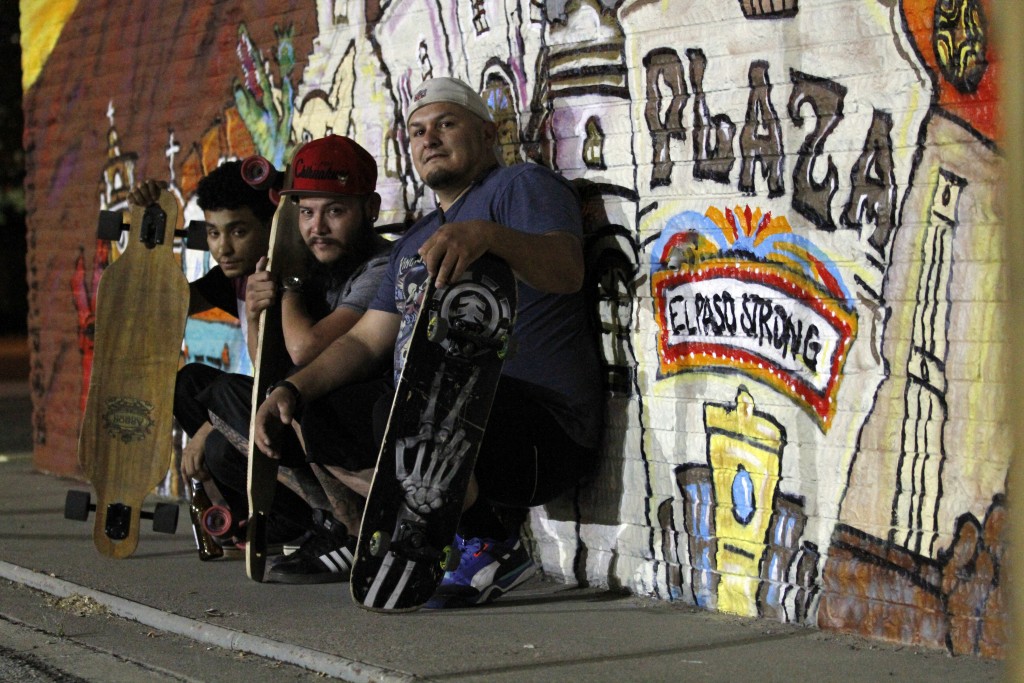 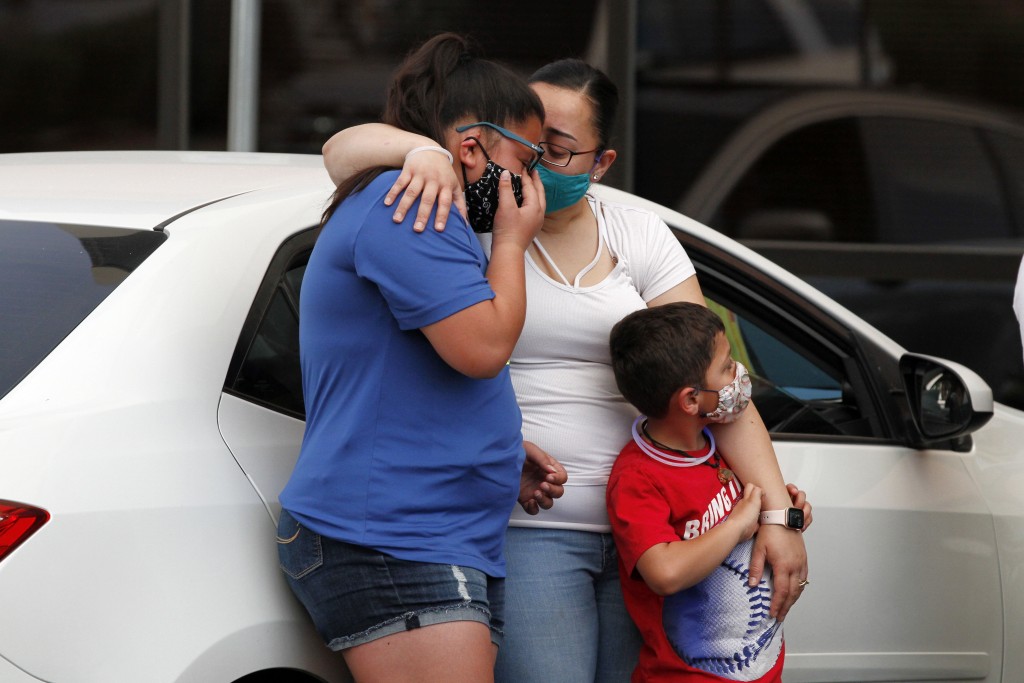 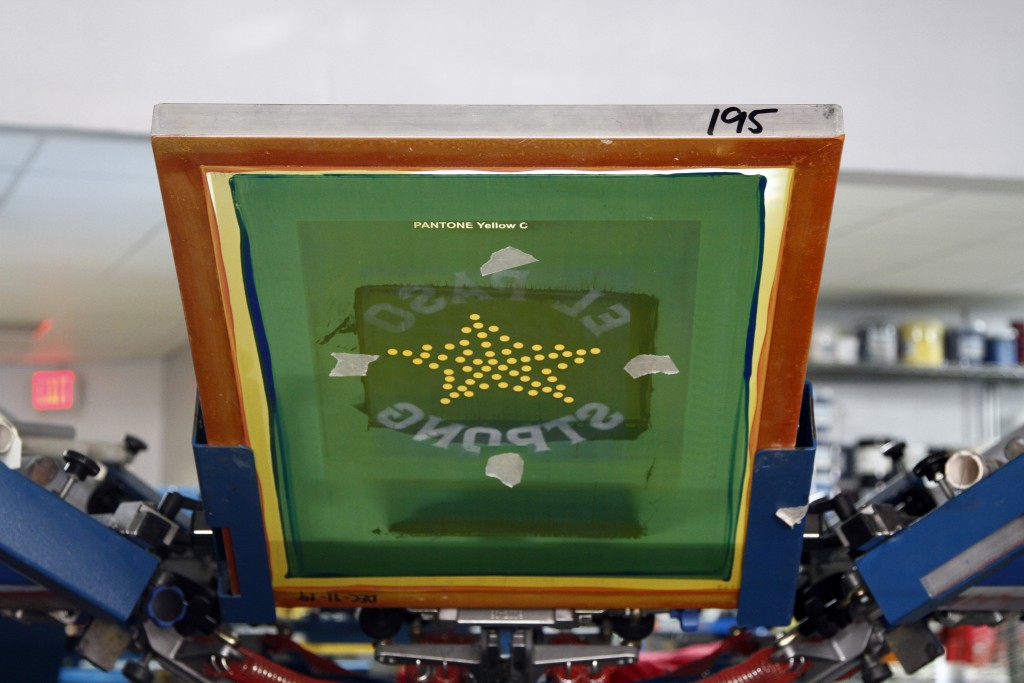 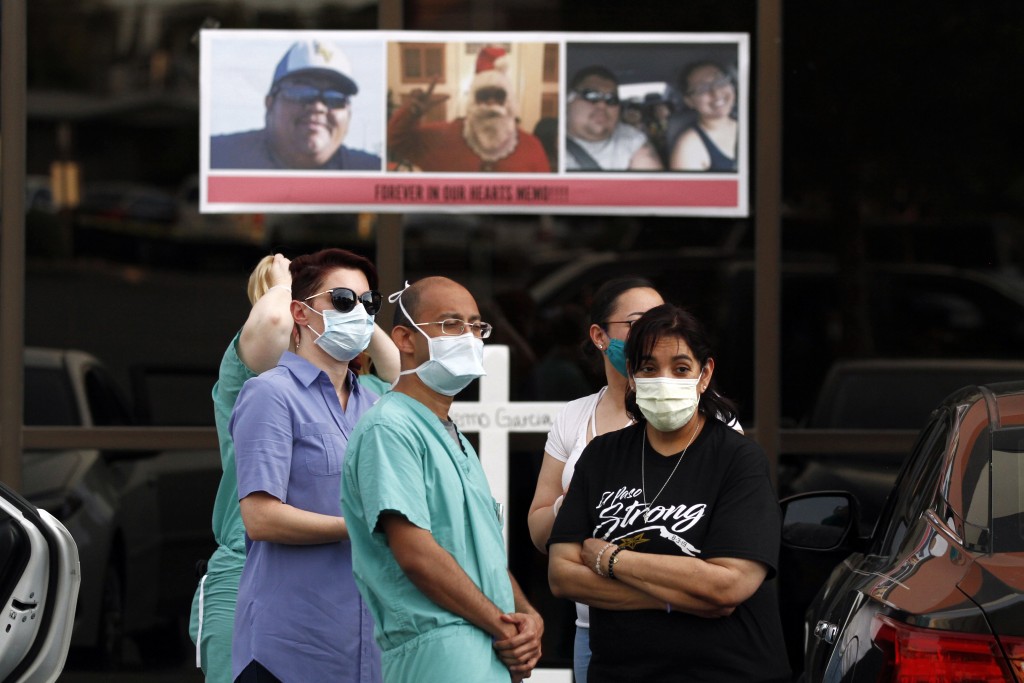 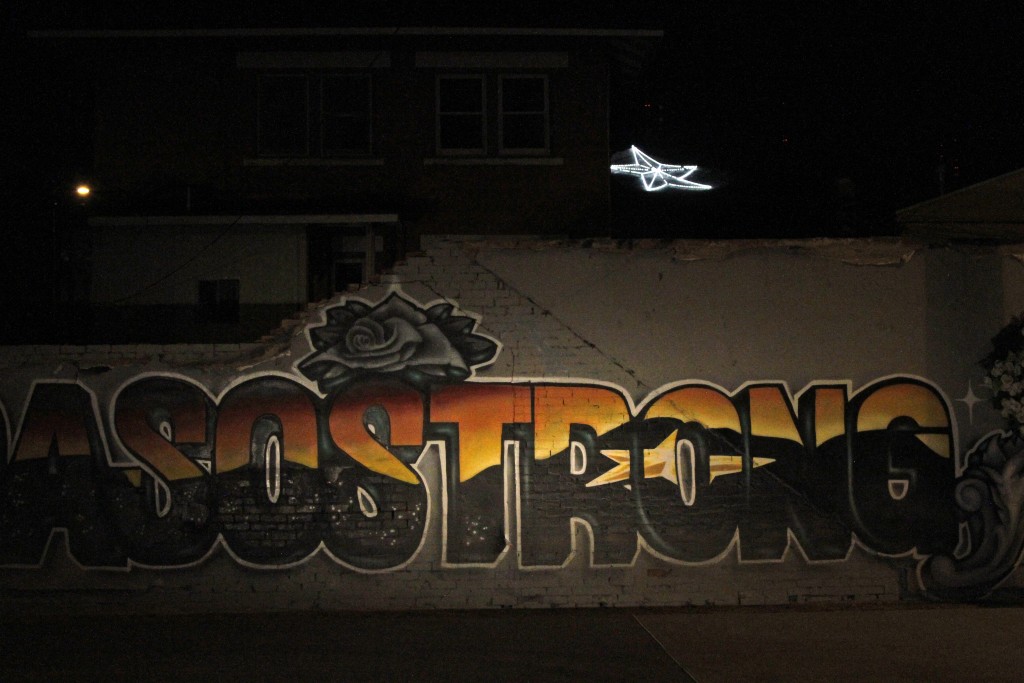 As COVID-19 took hold in El Paso, government officials have tried to repurpose the slogan, much like “Don’t mess with Texas,” originally an anti-littering slogan, or “Keep Calm and Carry On,” a little-used WWII poster popularized in the internet age. But “El Paso Strong” hasn't been embraced by the public in the context of the virus, which is challenging community ties in a region that normally transcends borders.

The region’s top elected official, County Judge Ricardo Samaniego, initially supported tapping “El Paso Strong” to rally residents' support for social distancing with the same zeal as they helped each other after the Aug. 3 shooting. But Samaniego says it’s hard to tie the shooting and the virus crises together when the city is asking residents to respond to them in opposite ways.

“We were asking people to be united, and then we’re asking them to be individuals, right? We’re going ‘Stay home, stay at your house,’” Samaniego said.

In some ways, life during the pandemic is not unlike the first few weeks after the shooting, when many residents were afraid to go out.

“It’s really eerie,” says Ricardo Federico, 32, skateboarding with friends to a gas station, one of the few places open on a recent weeknight. “It’s like when the city shut down (in August). Nobody wanted to go to Walmart, nobody wanted to go shopping. Especially because Hispanics like us, we were targets.”

Federal prosecutors have said that Patrick Crusius carried out the attack to scare Latinos into leaving the U.S., a plot they allege he outlined in a screed published online shortly before the shooting. Crusius is jailed while awaiting trial on murder charges.

In the days after the shooting, thousands of people — including from neighboring Ciudad Juarez, Mexico, where many of the victims lived — filled seats in a baseball stadium for a memorial.

“El Paso Strong -- it was like everybody was looking out for each other,” Federico says.

The stadium is now closed, and Samaniego is planning for the anniversary of the shooting as his team deals with COVID-19.

A former mental health worker, he regrets that the city can't focus more on healing the traumas of the estimated 3,000 people who were inside the Walmart. The death toll rose to 23 in April when Guillermo Garcia died after nine months in the hospital.

At a service for Garcia in a hospital parking lot, mourners wore T-shirts with “El Paso Strong” and his nickname “Tank” on the other. His widow, Jessica Coco Garcia, comforted their two children through tears and masks as the sky turned orange over the mountains and nurses changed shifts at the Del Sol Medical Center, where doctors who treated shooting victims are now overseeing COVID-19 care.

Online, the ElPasoStrong hashtag is now used primarily for reopening announcements and other business advertising. One law firm has the phrase on a billboard. EPStrong.org, created by city officials for survivors of the shooting, has become a clearing house for COVID-19 stay-at-home orders and testing and symptom information.

Rep. Veronica Escobar says “El Paso Strong” may have resonated here last year because of the region's isolation, in a separate time zone from the rest of Texas and over 600 miles (1,000 km) from Austin. It’s long been a cultural and economic island closer aligned with Ciudad Juarez and the two cities' neighbor Las Cruces, in New Mexico.

“If El Paso sneezes, Ciudad Juarez catches a cold, and vice versa,” says Escobar. “This is a very symbiotic and interconnected relationship.”

But the response to the virus has made state and national borders more prominent. Escobar and Samaniego lobbied Austin to delay reopening. Las Cruces' mayor asked residents not to visit El Paso. And El Paso leaders are worried about a relatively unchecked COVID-19 outbreak in Ciudad Juarez, where testing is limited and hospitals are overflowing.

For Escobar, the “El Paso Strong” slogan evokes a frontier-style love and generosity: “All of those values that I grew up with that comfort me and give me inspiration and that ultimately give me strength.”

But the virus has found ways to turn that strength into a vulnerability: The more neighbors and family members visit each other to lend support, the faster it spreads.