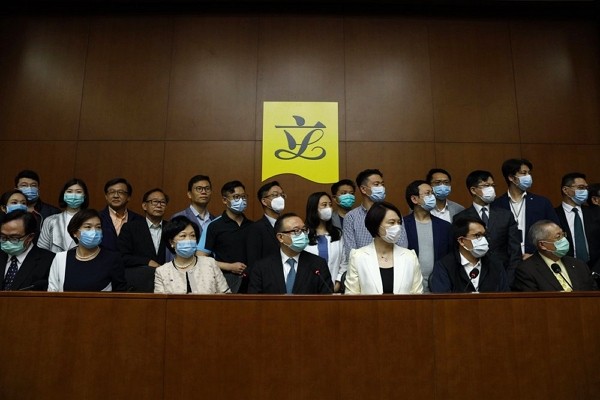 TAIPEI (Taiwan News) — Following Beijing's proposal of a controversial national security law for Hong Kong, the U.K., Canada, and Australia on Friday (May 22) expressed their concerns over the legislation that is expected to strip the city of its autonomy.

In a joint statement released Friday, the foreign ministers of the three countries said they were "deeply concerned" about the new law and what it could mean for Hong Kong's citizens. They pointed out the U.K. and China had agreed to allow the special administrative region to keep a high degree of autonomy and that making such a law on behalf of Hongkongers but without their participation would contradict the "one country, two systems" principle.

The joint statement was issued by U.K. Foreign Secretary Dominic Raab, along with his Australian and Canadian counterparts, Marise Payne and Francois-Philippe Champagne.

According to CNN, the new law would ban "treason, sedition, secession, and subversion" in Hong Kong, a move seen as Beijing's response to the pro-democracy protests that have taken place since the planned introduction of the extradition bill. Several international leaders have urged Beijing to reconsider the new security legislation, including U.S. Secretary of State Mike Pompeo, Canadian Prime Minister Justin Trudeau, and the European Union (EU) Foreign Policy chief Josep Borrell.

On Friday, Taiwan's Presidential Office also voiced concern about the new Hong Kong law, encouraging the Beijing authorities to engage in genuine dialogue with Hongkongers and deescalate tensions. It added the Chinese government's handling of Hong Kong affairs demonstrates the contradiction between "one country, two systems" and living in a democracy, reported ETtoday.