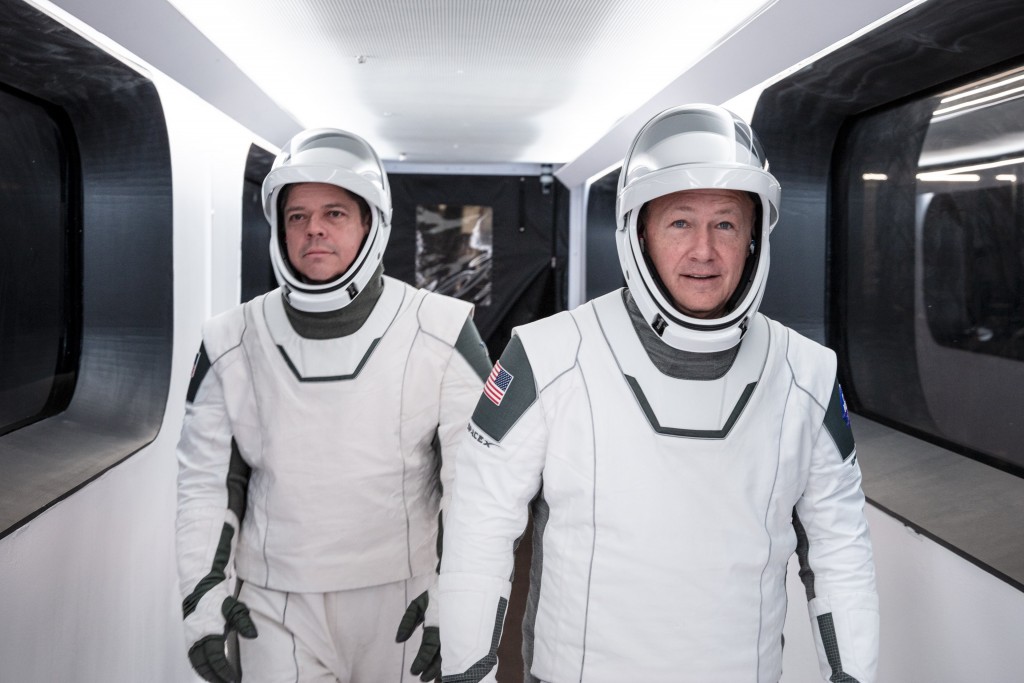 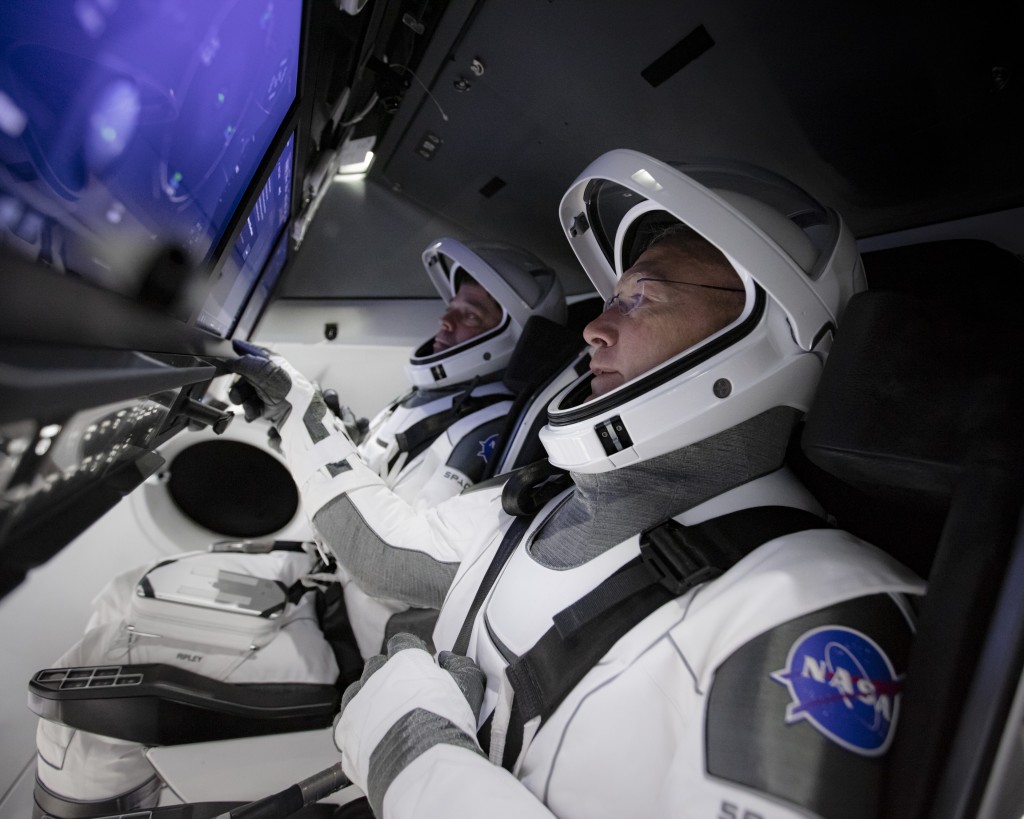 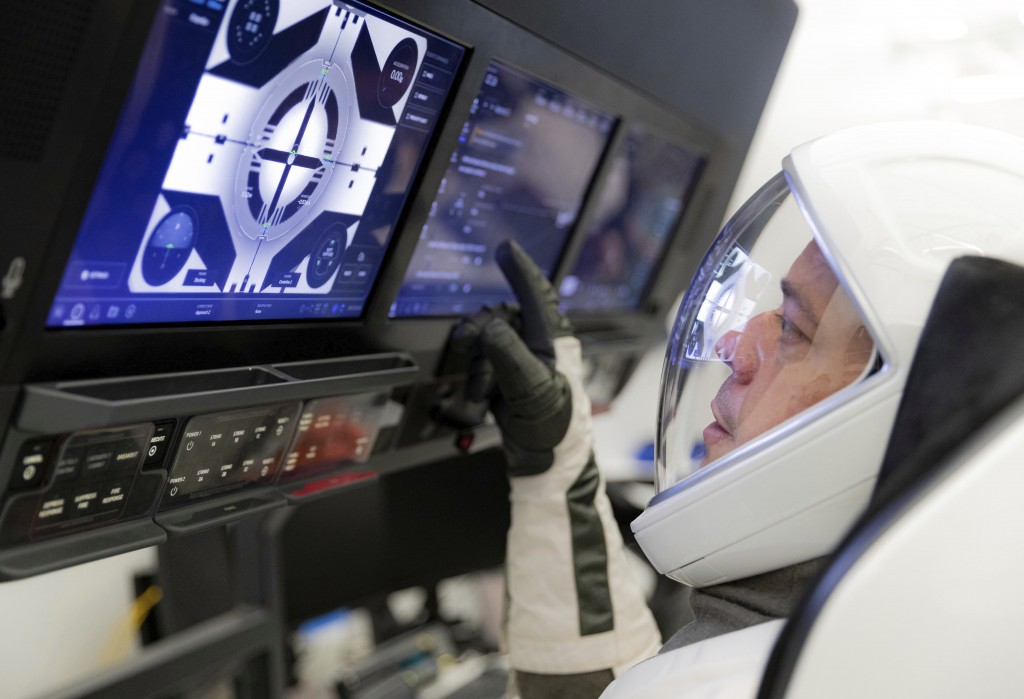 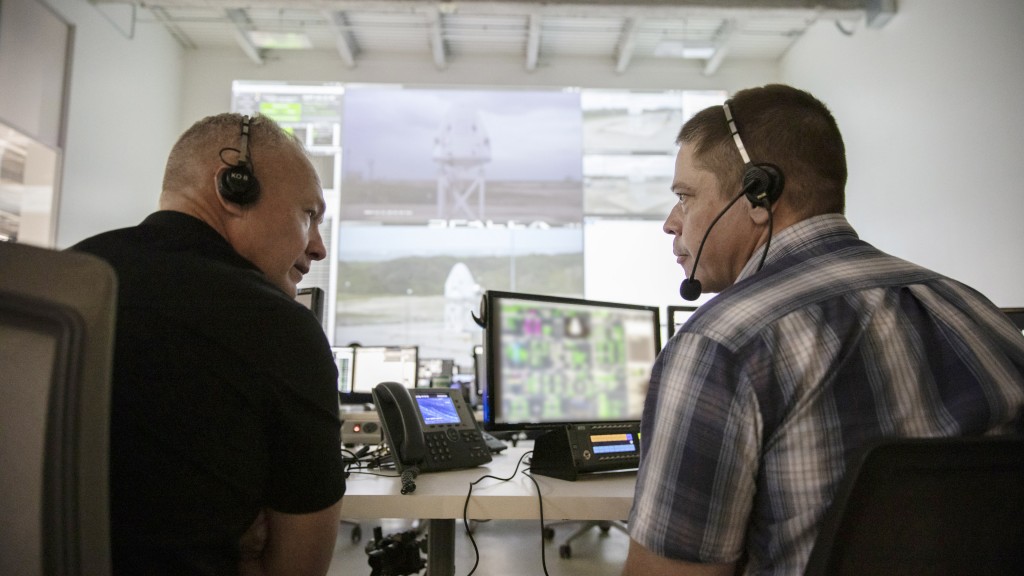 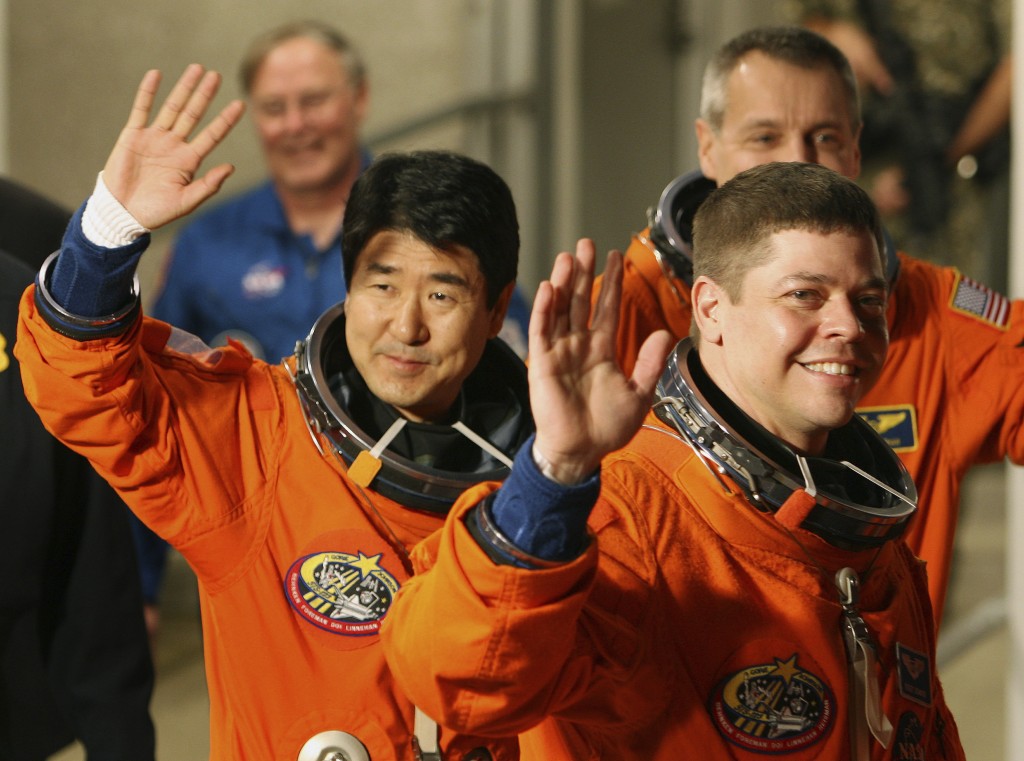 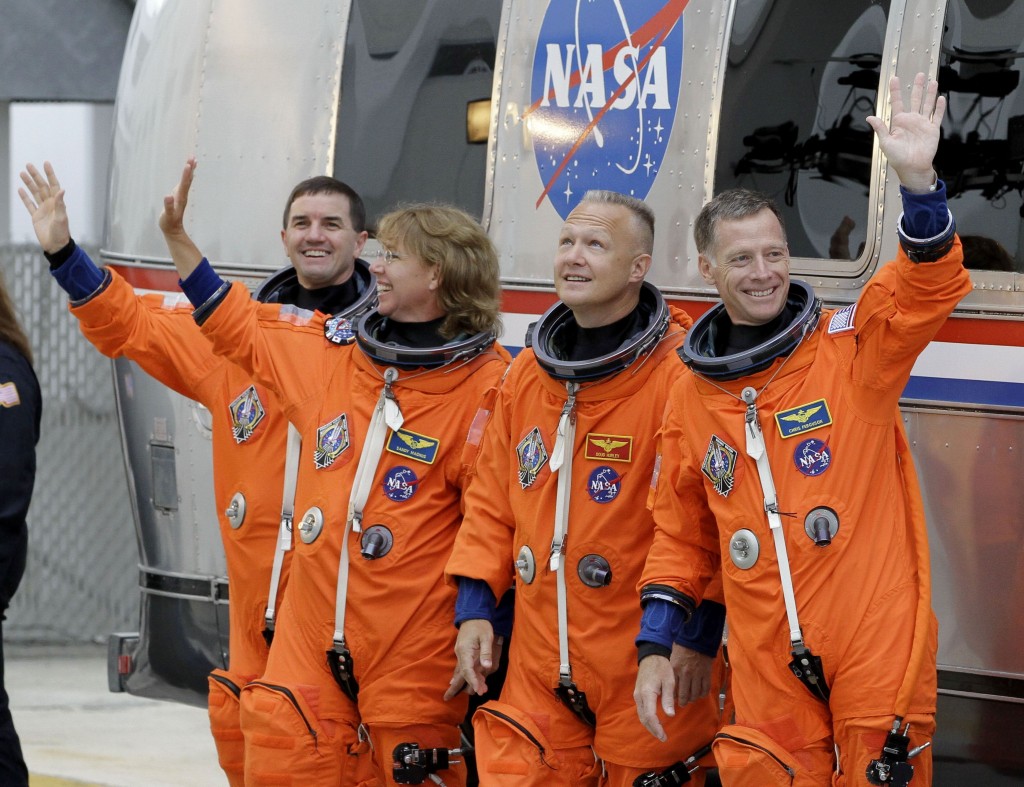 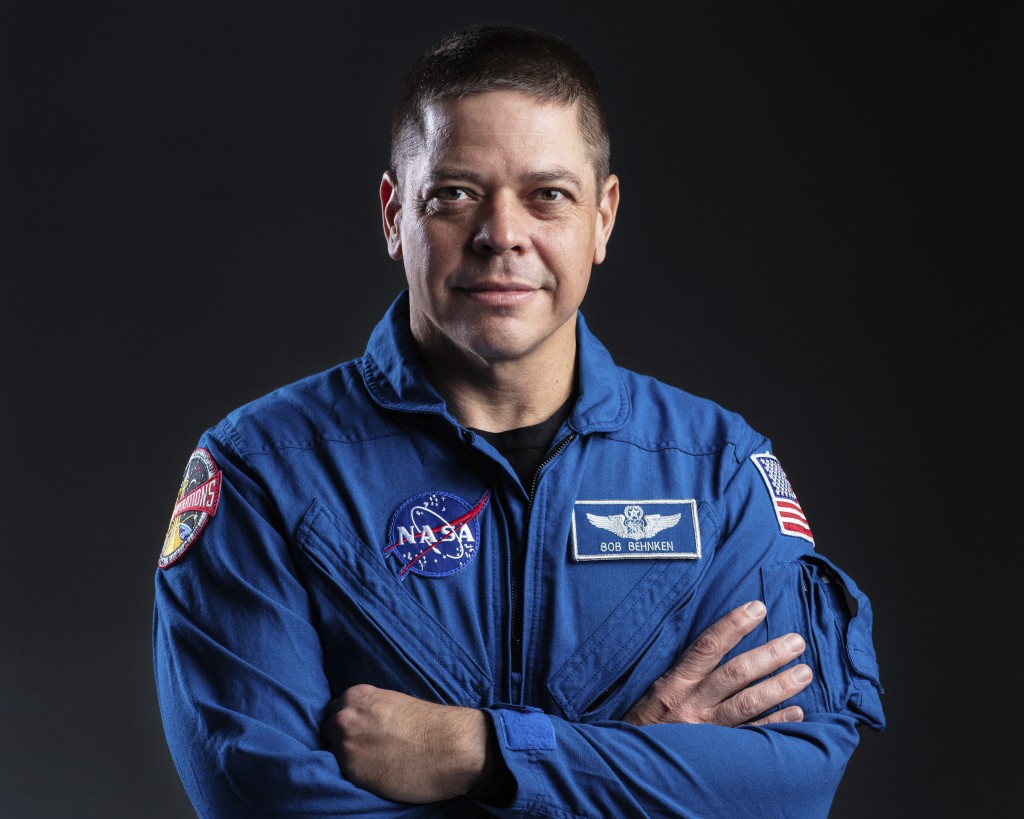 Together, they will end a nine-year drought for NASA when they blast into orbit next week from Florida's Kennedy Space Center.

Retired Marine Col. Doug Hurley will be in charge of launch and landing, a fitting assignment for the pilot of NASA’s last space shuttle flight.

Air Force Col. Bob Behnken, a mechanical engineer with six spacewalks on his resume, will oversee rendezvous and docking at the International Space Station.

"It’s probably a dream of every test pilot school student to have the opportunity to fly on a brand new spaceship, and I’m lucky enough to get that opportunity with my good friend," Behnken said.

Their flight will mark the return of NASA astronaut launches to the U.S., the first by a private company.

They’ve got Robert Crippen’s respect. Crippen and the late John Young rode NASA’s first space shuttle, Columbia, into orbit on April 12, 1981. Their two-day flight was especially dangerous: It was the first launch of a shuttle, with no dry run in space in advance.

While SpaceX's Dragon crew capsule and its escape system have already been demonstrated in flight — with mannequins — there are no guarantees.

In spaceflight, there never are.

“So both Doug and Bob, I think, they’re brave gentlemen and I admire both of them," Crippen said.

SpaceX President Gwynne Shotwell also has high praise for Hurley and Behnken, who have worked closely with her company for the past several years. She made sure employees knew them not only as “badass” astronauts and test pilots, but dads and husbands.

“I wanted to bring some humanity to this very deeply technical effort as well,” she said.

Hurley and Behnken are married to fellow members of their 2000 astronaut class at NASA: newly retired Karen Nyberg and Megan McArthur. Each couple has one child, boys 10 and 6.

Being married to an astronaut, both men acknowledged, has made it easier in the unexpectedly long run-up to their SpaceX flight. Their wives and sons joined them in quasi-quarantine back home in Houston when the coronavirus hit, so they're able to travel to Kennedy for the customary countdown farewells. The pandemic slashed the rest of their guest lists.

On launch day, the astronauts anticipate not so much nervousness as a heightened awareness of “what can happen to you at any given point,” according to Behnken.

Hurley considers a capsule a safe, “pretty tried and true” design. He particularly likes the Dragon’s launch pad-to-orbit abort capability to save a crew in an emergency, something NASA’s shuttles lacked.

Unlike shuttle, though, the Falcon 9 rocket will be fueled — a hazardous operation — with the astronauts already on board.

Hurley, who grew up in Apalachin, New York, never thought he’d be next up when he climbed out of Atlantis on July 21, 2011, bringing the 30-year space shuttle program to a close.

If someone had suggested that, “I would have laughed at them,” he said.

Hurley and Behnken — both two-time space shuttle fliers — were among four astronauts chosen in 2015 for NASA’s commercial crew program. At the time, Behnken was serving as chief of NASA’s astronaut corps and the only way to and from the space station was on Russian rockets.

All four trained on both SpaceX and Boeing’s crew capsules, before NASA assigned Hurley and Behnken to Elon Musk’s SpaceX, which soon surged ahead of Boeing in the race to fly first.

That put Hurley ahead of his former shuttle commander, Chris Ferguson, now working for Boeing and assigned to the first Starliner capsule crew.

“Most fighter pilots are very competitive by nature, so we maybe silently had a competition between each other to some degree,” Hurley said. “But I think we also realized the bigger picture.”

Behnken was inspired by photos of Jupiter and Saturn from NASA’s Voyager spacecraft while growing up in St. Ann, Missouri.

Now, he's excited “to bring human spaceflight back to the Florida coast."