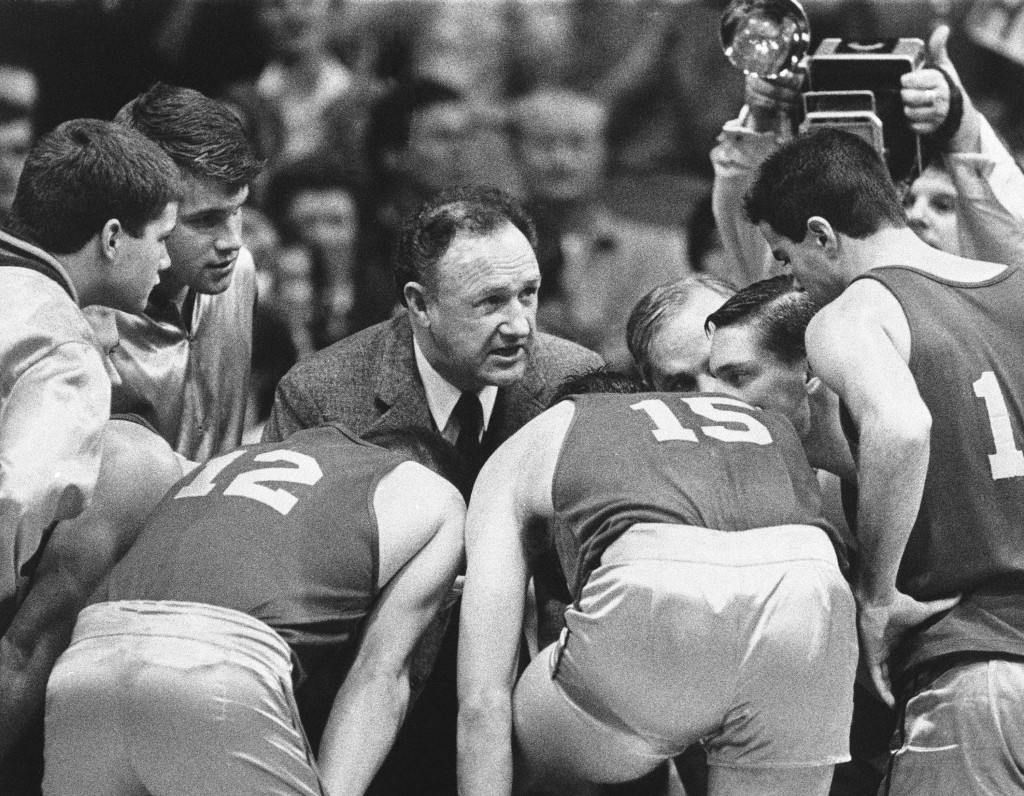 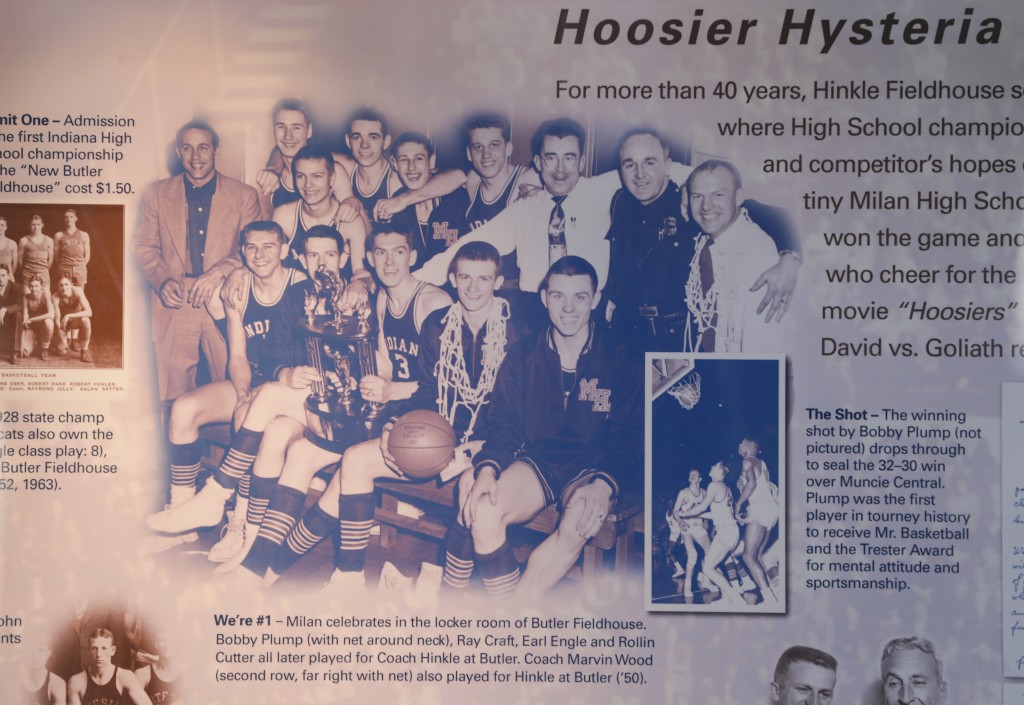 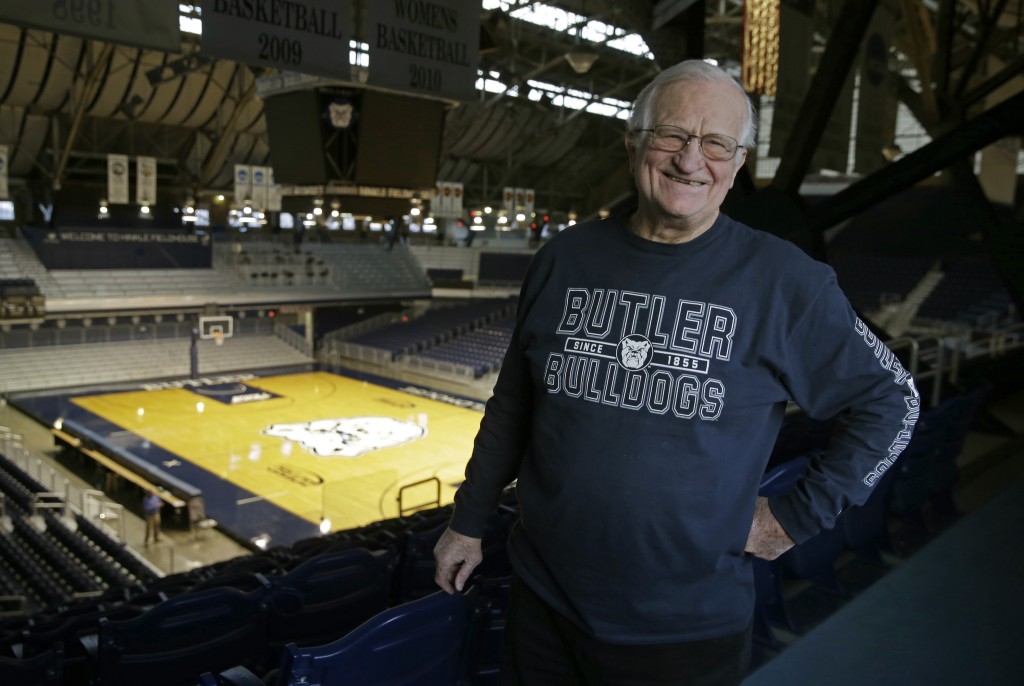 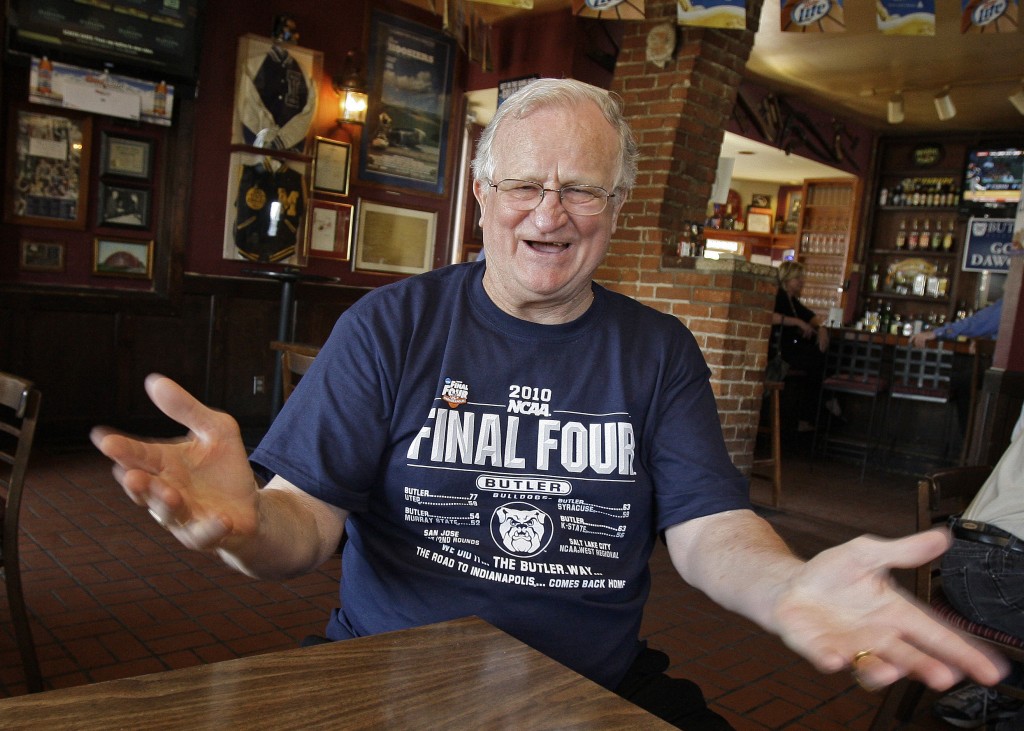 INDIANAPOLIS (AP) — The 1954 Indiana high school basketball tournament remains so vivid in Leon Agullana's memory it's as if he never left Muncie Central.

He can rattle off the magical, same-day sweep of top-ranked Fort Wayne North and second-ranked Mississinewa that set up the Bearcats' chance at a fifth state championship. He can recall spending four days that next week preparing to face Terre Haute Gerstmeyer, only to see the previous season's state runner-up lose to tiny Milan High.

Agullana also remembers this about the storied title game that followed: grabbing the final inbound pass, peeking at the clock and angrily heaving a three-quarters court shot as far as he could, knowing he could never change script of the The Milan Miracle.

“I saw the zeros, so I knew it was no good," he said. “So, really, I was just throwing it. What I really wanted to do was throw it out of Hinkle Fieldhouse."

The story of Milan's thrilling run to the Indiana state title is of course the story told in “Hoosiers,” voted the No. 1 sports movie of all time by the sports staff of The Associated Press.

Instead of the Milan High Indians winning it all in 1954 against Muncie Central, it's the fictional Hickory Huskers beating mighty South Bend Central in 1952. The hero of the last-moment shot is Jimmy Chitwood on film, Bobby Plump in real life. The famous fieldhouse was the scene for both.

The stirring and universal theme of a champion underdog is as old as David and Goliath and it’s likely why the 1986 film was the winner in the AP vote. Who wouldn't love a 161-student school having a team good enough to beat ‘em all back when Indiana’s glorious single-class tournament erased all doubt about who really was the best?

Well, back in Muncie, Agullana and his teammates had to cope with the result.

They boarded a bus outside Hinkle and made the 55-mile trek home in near silence. At Muncie Fieldhouse, one of the state's largest high school gyms, they were greeted by a full house that had been eager to celebrate.

Muncie Central’s fans weren’t just disappointed. Some were bitter and others still haven’t accepted — or forgiven — Plump for producing the defining moment of a dominant, historic decade of Bearcats basketball.

“They were unknown to us but not to everybody,” said Joe Beck, a 1956 Central graduate who was at Hinkle that fateful day thanks to winning a ticket lottery. “They had destiny written all over them. ... It just didn’t work out. We got outcoached.”

There were two high schools in Muncie back then and Central represented the city's working class. The Bearcats captured their first state title in 1928, courtesy of Charles Secrist's last-second heave from beyond mid-court to beat John Wooden's Martinsville team. The school board spent 15 years paying off the debt from the massive fieldhouse that opened in December 1928. And while Central was a big school with roughly 1,500 students, it wasn't even the biggest in its conference.

Central had become a basketball powerhouse by the 1950s. It won state titles in 1951 and 1952 and entered the 1953-54 season with the billing of “tallest team in Indiana history," a favorite to win it all. Five regular-season losses put that status in jeopardy but reaching the final had most thinking another title was likely.

Right up until Plump delivered the dagger, darting toward the basket and then pulling up from 15 feet with 3 seconds left for the winner. Final: Milan 32, Muncie Central 30.

“I knew nothing about their history," recalled Plump, who has a restaurant in Indianapolis called “Plump's Last Shot.” "We were just a bunch of naive kids having fun playing basketball. We knew it was a big deal to win the state tournament, of course, but we didn't realize the significance or that (win) at the time."

In the years since, the former players have forged a unique bond.

After Beck took Plump to Central's memorabilia room and showed him an authentic jacket from “Hoosiers” — and the autographed ball from Plump — he joined the Central alumni association and continues to pay his $10 annual dues.

Beck and Plump also teamed up to campaign against multi-class basketball in the late 1990s; the 1997 tournament was the last of the single-class format. When a tornado severely damaged the area in November 2017, flooding Central's basketball court, Beck again called Plump.

“I told Bobby that the memorabilia room was completely untouched," Beck said. "He said, ‘That tells me God was responsible for the tornado and that basketball is still king in Muncie. And it makes me wonder how we beat you in the first place.’”

After $1.8 million in repairs, the 91-year-old fieldhouse reopened in December.

The 1954 Milan Museum also contains a Central section, and even the reunions have taken on “Hoosiers” themes. When the Bearcats held a 40th anniversary celebration of the game, one year early because former coach Jay McCreary was ill, players from both teams participated.

“One of the guys from Milan came up and said, ‘Who in the world could ever have imagined we would be here with a team that now wants to celebrate their defeat?’" Beck said. “It was a great line and it was absolutely the truth."

Muncie Central won the state championship in 1963 and went on to win three more titles for an unprecedented eight single-class crowns. Plump and Agullana have become friends and they sometimes reminisce about that famous ending — and the one that could have been.

"He got kind of nervous and then he said, ‘What do you want?’ I said, ‘I want to foul you on your last shot.'"