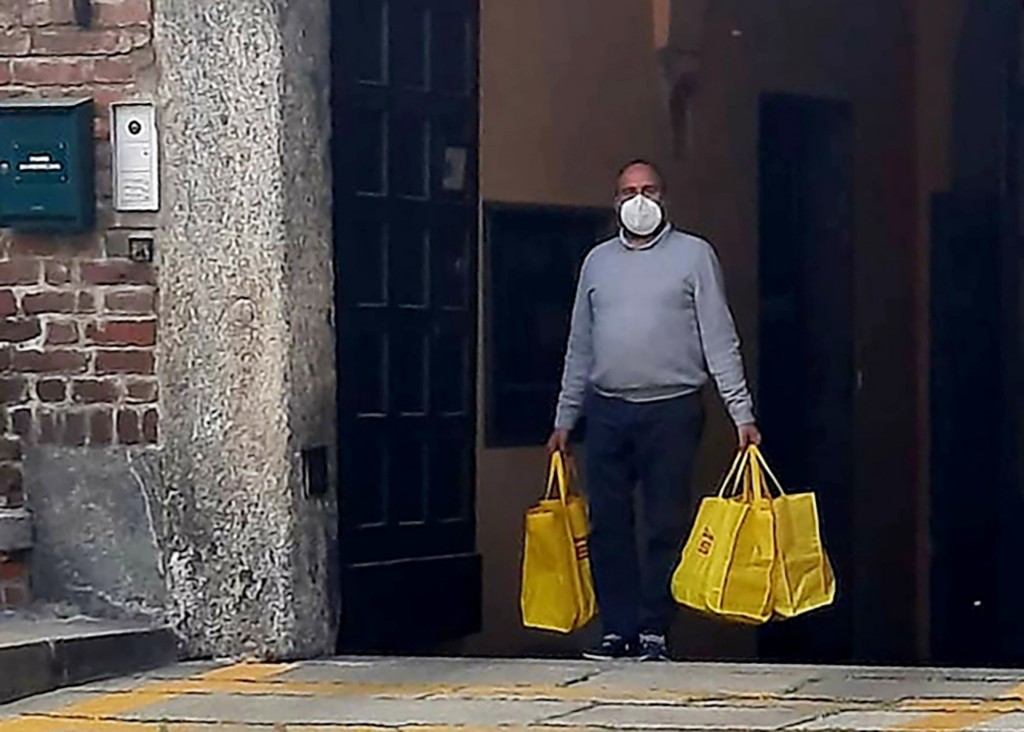 In Milan, in the midst of the lockdown to mitigate one of Europe’s worst coronavirus outbreak, seven men in their 20s have been cloistered in a 15th-century convent. Nobody was let in, nobody was let out.

There, where Leonardo da Vinci painted “The Last Supper,” the men who are starting their journey to become Dominican friars have had one distraction: weekly gourmet suppers, home-cooked and delivered especially for them by a dad who wants to bring them a bit of comfort.

“These meals bring the scent of home, of family, and they help to loosen the tension,” said Father Daniele Drago di Mondragone, who leads the novitiate at Santa Maria delle Grazie. In its historic refectory (now used as a separate museum) hangs the Renaissance painting portraying Jesus’ meal with the apostles before his crucifixion.

For the past few weeks, just before vespers, Michele Totti has been delivering his homemade suppers to the convent’s door.

“I arrive, in a mask, with some homey delicacies, in big shopping bags, with detailed instructions on how to warm them up,” says Totti, who works in film production but has been moonlighting as home chef since he volunteered to cook at a fundraiser for his son’s elementary school several years ago.

Eleven pounds of tortellini with cream, ham and peas, plus a large “torta tenerina” soft chocolate cake -- a recent menu -- might seem a “simple” gesture to him. But they are a special treat for young men who a few months ago traded civilian clothes for the habits worn by Dominicans for the last 800 years.

When they entered the convent, they left behind most worldly comforts, including social media and phones, for a year of novitiate. It’s the start of what is nearly a decade’s preparation to join the order. Since the coronavirus struck the city, they haven’t been able to leave even for charity works, Drago said.

“Where there is great humanity, there’s always God present,” he said. “Even an entrée can provide a moment of unwinding,” especially since their usual cafeteria fare is “sober.”

“They eat like wolves,” Totti said, so he’s been doubling the usual portion sizes.

And though Italy’s lockdown began to ease, there will be no last supper soon -- Totti plans to keep walking up to the convent’s massive doors, the smell of home wafting from bulging food bags.

“Maybe not forever, but for a while,” he said.

While nonstop global news about the effects of the coronavirus have become commonplace, so, too, are the stories about the kindness of strangers and individuals who have sacrificed for others. “One Good Thing” is an AP continuing series reflecting these acts of kindness.