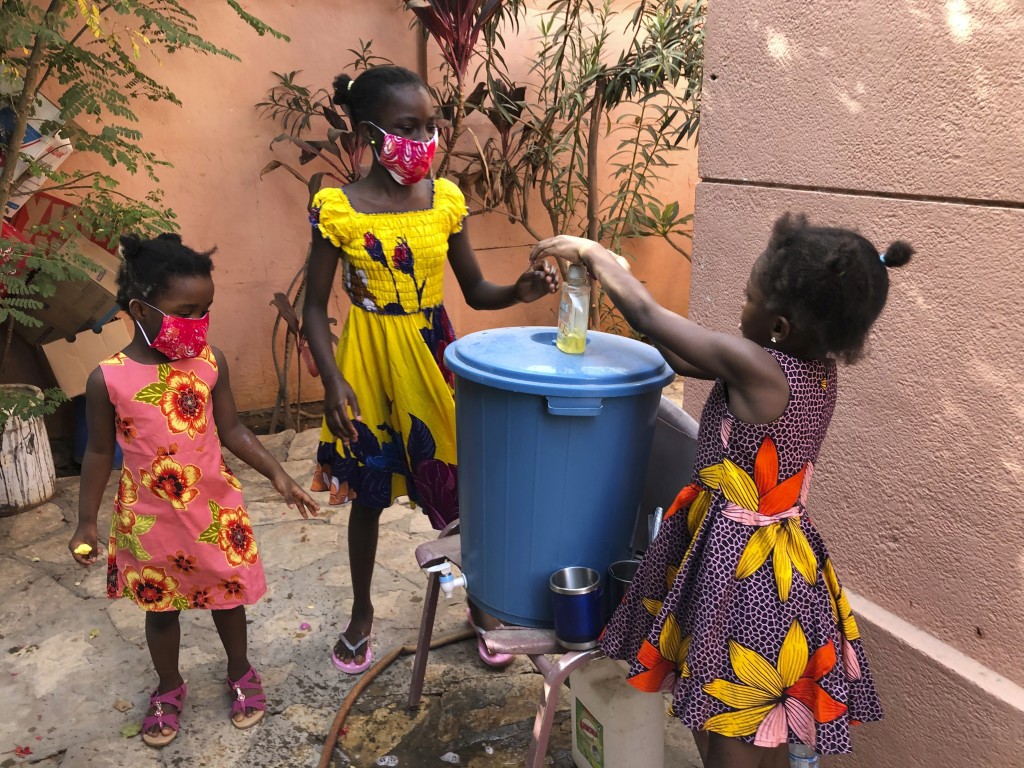 DAKAR, Senegal (AP) — “Are you going to die?” my 8-year-old daughter asked me the other day. “They said on the radio that adults are getting sick and dying.”

"Maybe you should stay inside."

Instantly I was flooded with the anguish so many parents around the world are carrying right now because we cannot protect our children from these grown-up fears.

My daughter already knows parents can die in epidemics. Her biological father was one of them.

We don’t talk much about her early life in Sierra Leone, when 3,956 people died during the Ebola epidemic from 2014 to 2016. Then, as now with the coronavirus, there was no vaccine and no cure.

And yet nearly two years after her adoption, Ebola still falls into our conversations when we least expect it. Once it was a toddler we befriended at the pool who happened to share the same name as her uncle. He'd died of Ebola, too.

I’ve tried so hard to make her to feel safe in Senegal alongside her sisters, now 6 and 4, whom I’ve also adopted. Only now we have one of those all-too-familiar hand-washing stations right inside our gate.

Maybe I anticipated my oldest daughter's fear amid COVID-19 because the scent of diluted bleach sometimes makes my own stomach turn. I covered the Ebola epidemic as a journalist for The Associated Press, first in Liberia and then in Sierra Leone.

I remember the sick being pushed in wheelbarrows down the street, the children so traumatized after their families died that they were unable to speak. Relatives kept vigil outside treatment centers, sometimes notified of a death only after cremation.

Ebola changed the course of my daughters’ lives in immeasurable ways that are still unfolding. And it changed mine: The year after the epidemic ended in Sierra Leone, I decided to adopt there.

Not as some kind of “white savior,” since the best life for my girls always would have been one where Ebola never ravaged their community. Still, having survived a family tragedy of my own, I was determined to find what joy I could. I thought we could do that together.

Only now school is no longer in session, and two birthdays have come and gone without friends. There are no swimming lessons, no trips to the beach.

I reassure my girls that COVID-19 isn’t as deadly as Ebola, which can kill more than half its victims. But I know coronavirus is everywhere — and it's proving much harder to track.

Senegal has managed to avoid the mass casualties seen in other places. Yet what I see elsewhere feels all too familiar: relatives who never saw their loved ones again after dropping them off for care. Doctors who say they could have saved more people if only they had more resources.

My oldest daughter, too, has her own memories of that era. But that’s her story to tell one day, when she's ready.

I will share one personal detail, though, that we all should bear in mind as this unfolds. It seems emotionless until you understand the weight this tiny fact carries.

The first time I saw this on a weathered death certificate in my adoption lawyer’s office, my heart sank knowing he survived the worst of the epidemic only to still lose his life.

I later looked it up: There were only 400 new cases reported the month he died, down from some 3,300 just five months before. And yet it would be almost another year before Sierra Leone was finally declared Ebola-free.

In sharing this piece of our sorrow, I ask: How many deaths will we endure long after we stop talking about the peaks of COVID-19?

The child of the last person to die from coronavirus will still be an orphan.