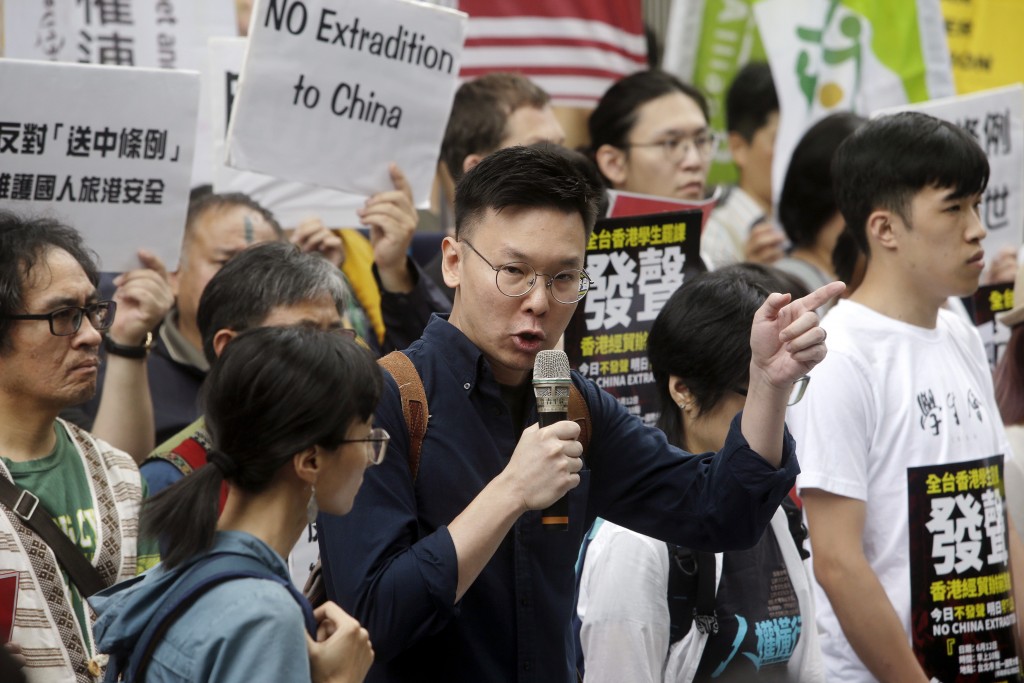 Lin, who now serves as deputy secretary general of Taiwan’s ruling Democratic Progressive Party (DPP), suggested the island’s government reach out to friendly countries such as the United States in order to set up a framework for cooperation or an international team to support Hong Kong, CNA reported.

He said democracy activist Joshua Wong (黃之鋒) had told him on the phone Friday that as a result of the proposed Chinese law, many of his friends and colleagues in Hong Kong now fear for their lives.

As freedoms and human rights in the special administrative region retreat, Taiwan needs to play an even stronger role as a defender of democratic values in the region, Lin said.

He also proposed a joint reaction to China’s security law by both the ruling and the opposition camps at the Legislative Yuan and the drawing up of more measures to assist Hongkongers. Following widespread protests in the territory against the extradition law proposed last year, applications to emigrate to Taiwan rose significantly, according to reports.