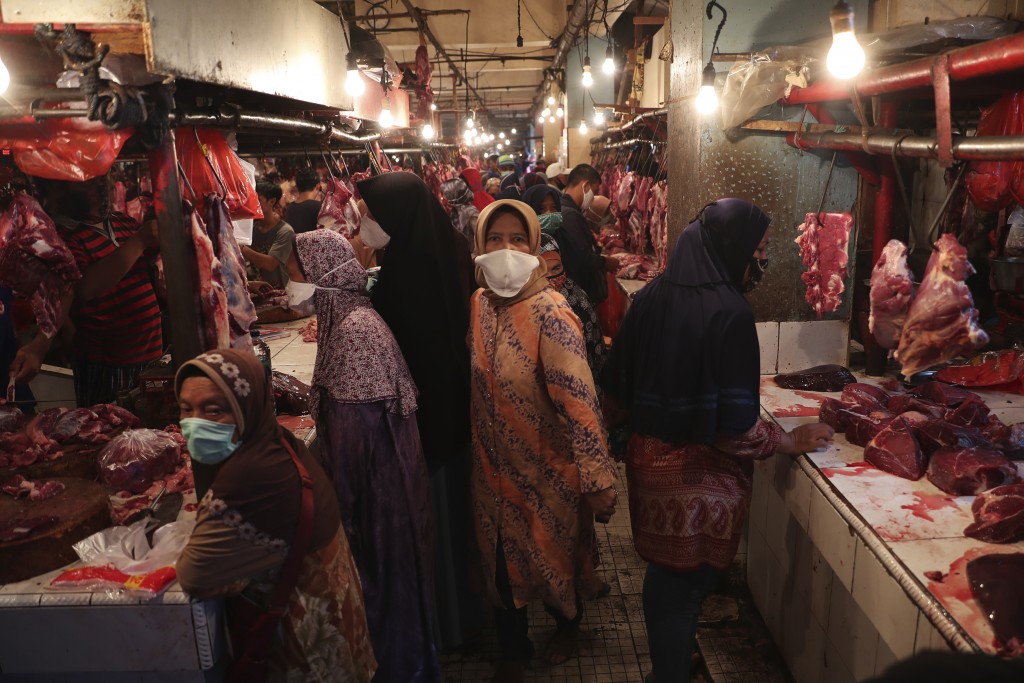 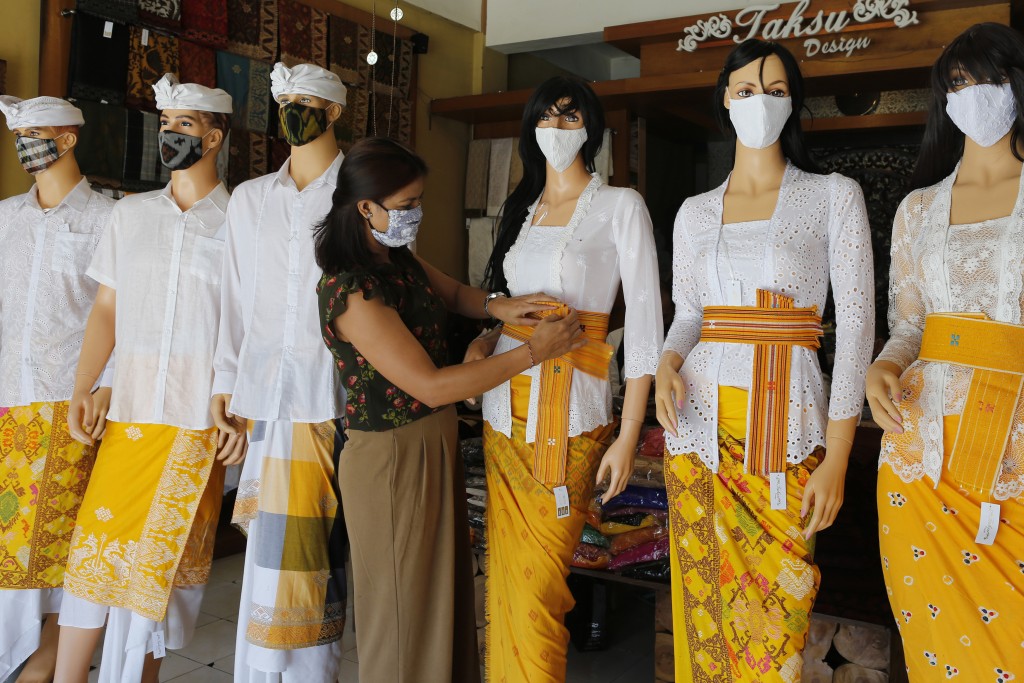 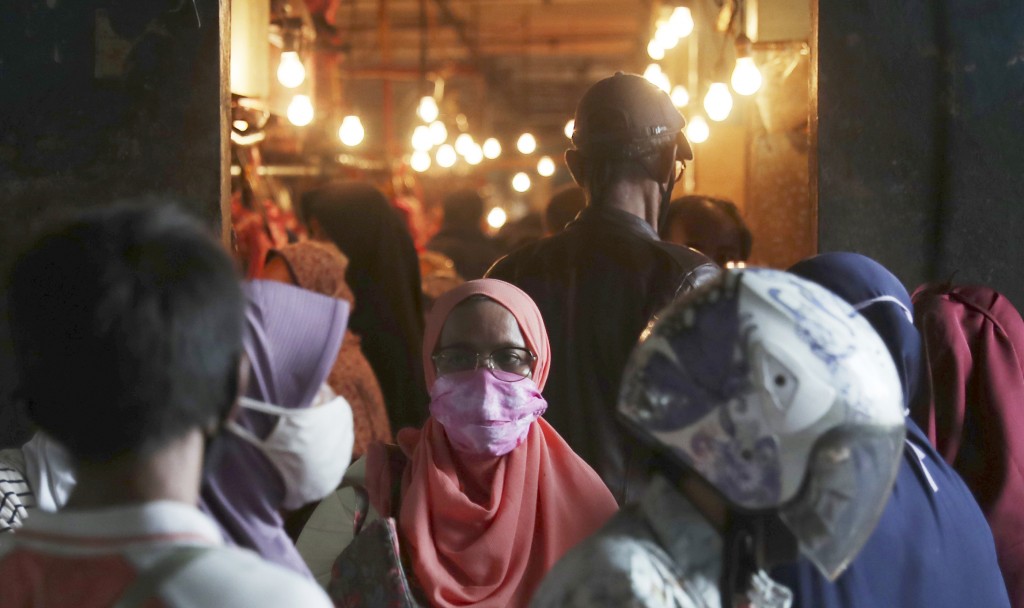 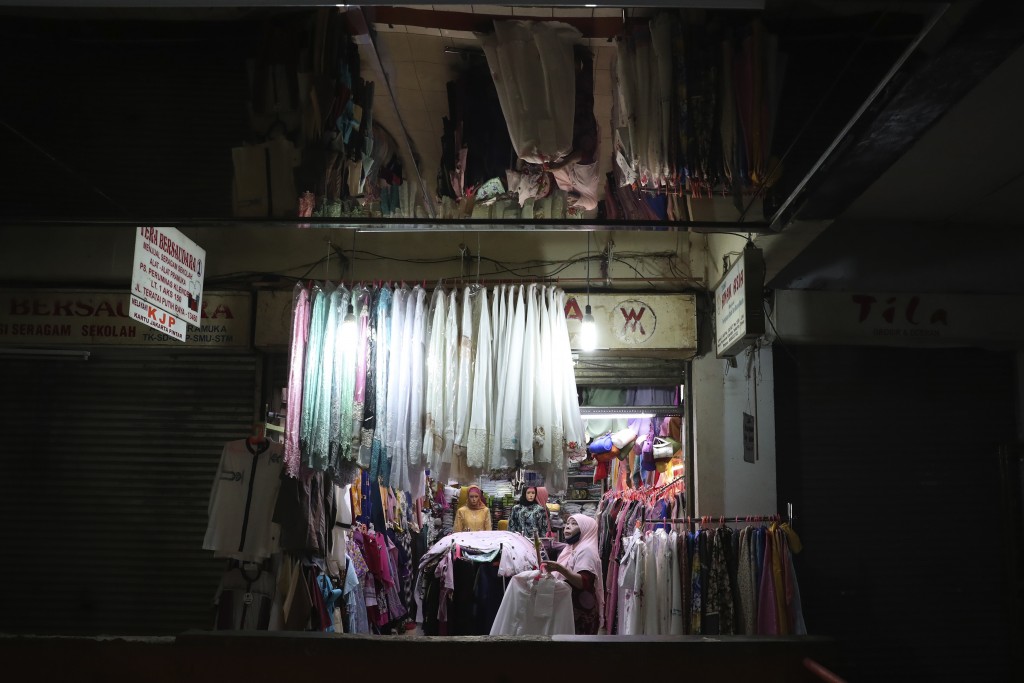 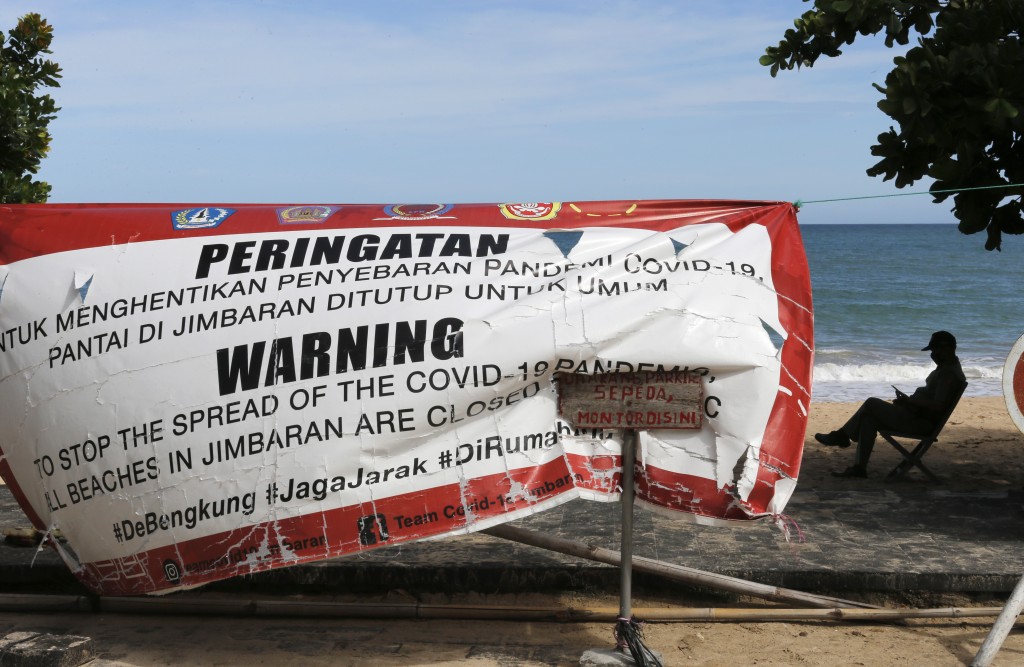 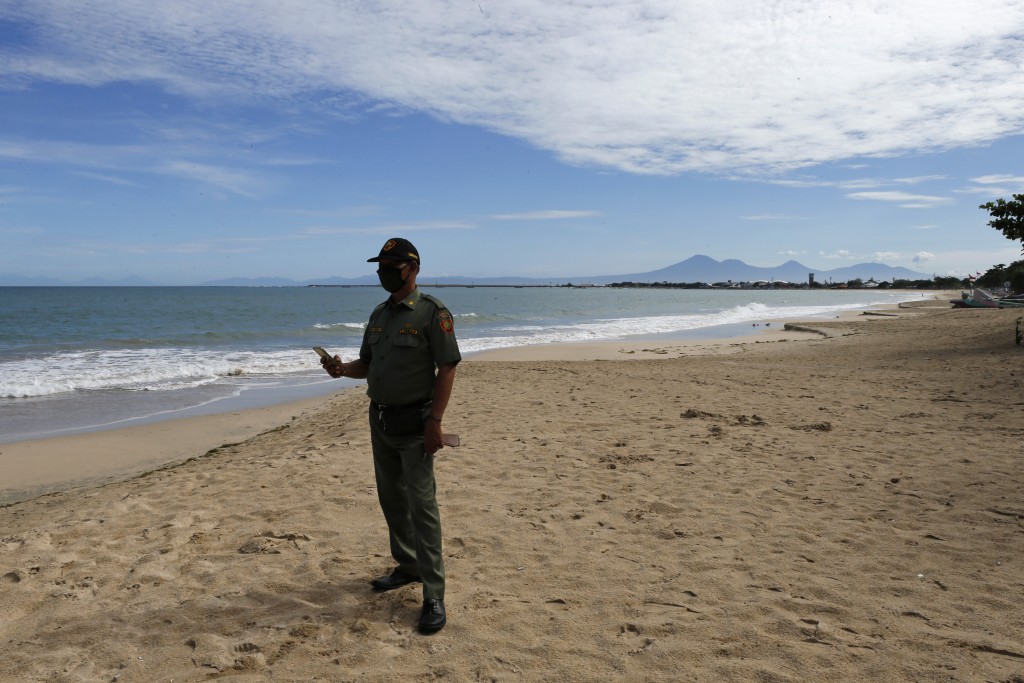 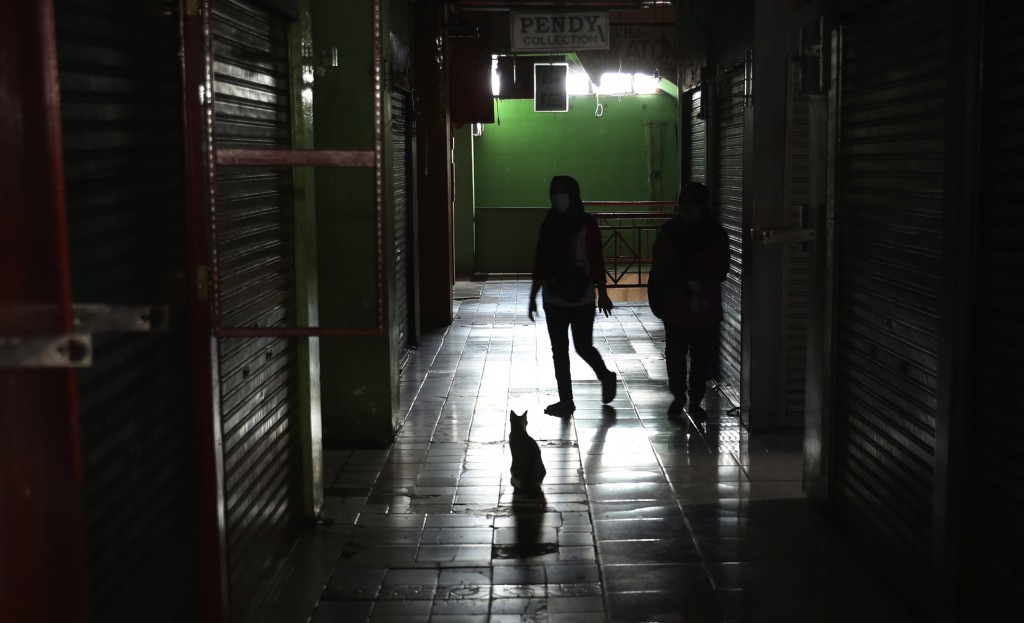 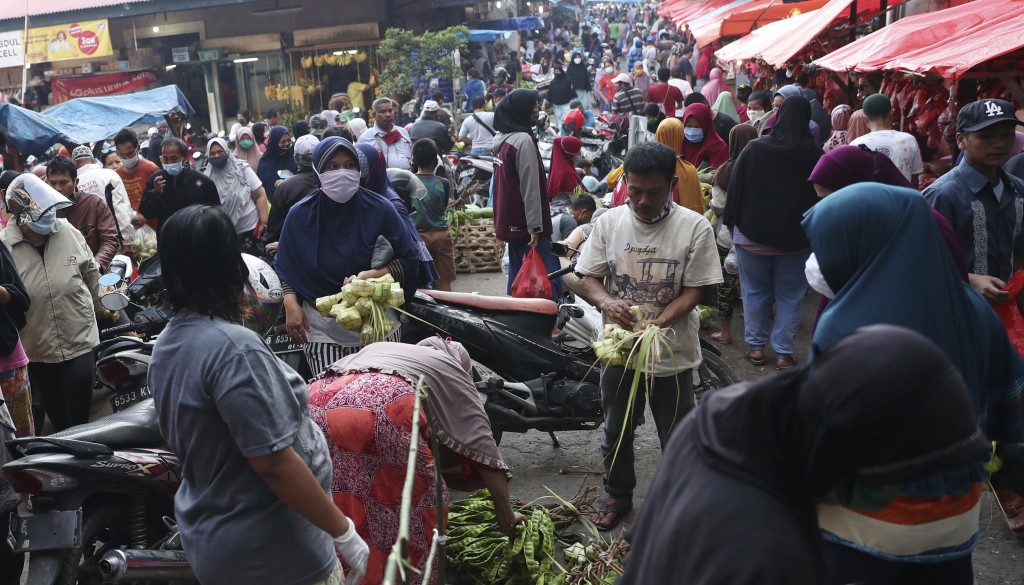 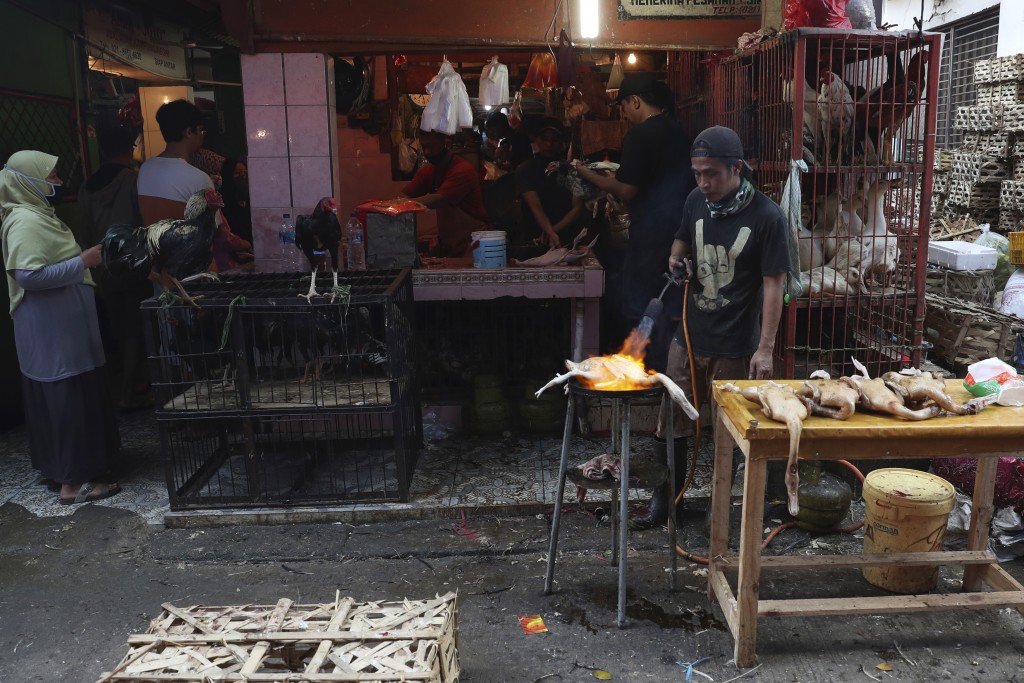 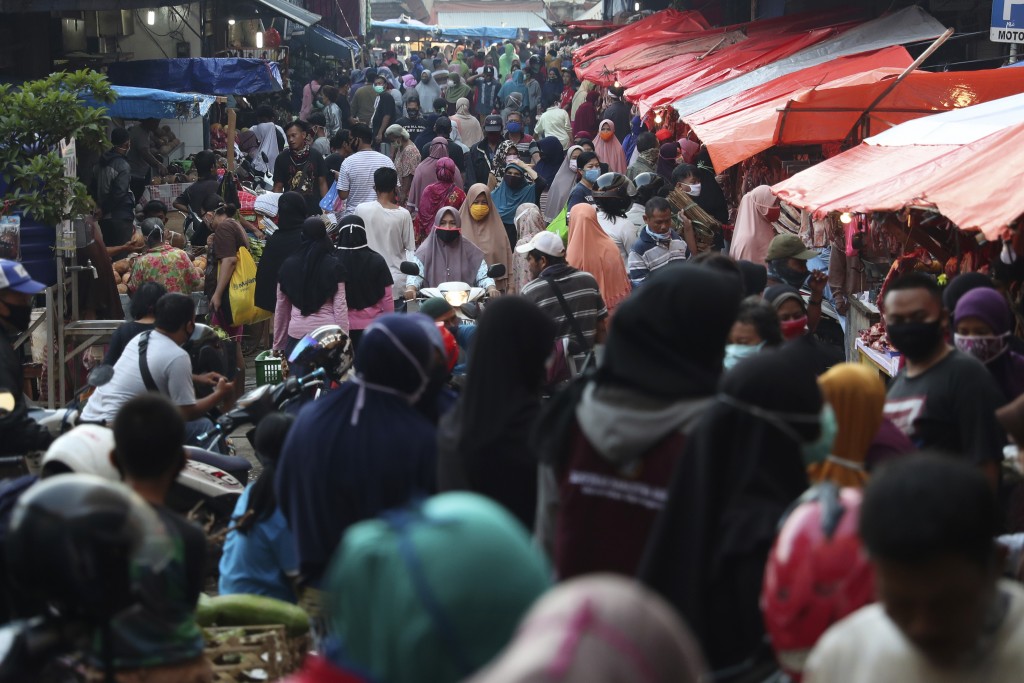 JAKARTA, Indonesia (AP) — Indonesia has seen a surge in coronavirus infections ahead of this this weekend's celebrations marking the end of Ramadan, raising questions about the commitment to the virus fight from both the government and the public.

Indonesia has the most COVID-19 fatalities in Southeast Asia at more than 1,300 and on Thursday reported its highest one day count of new infections with 973. The country has reported nearly 21,000 infections, though actual numbers are thought to be far higher.

Health officials have blamed the surge in cases in the world's fourth most populous nation on the public not taking proper precautions.

But politicians have also resisted the guidelines. So far, only four of Indonesia's 34 provinces and 26 cities have applied large-scale social restriction, all with low levels of public compliance.

Popular markets such as Tanah Abang in the capital, Jakarta, were teeming with shoppers buying new children's clothes ahead of Eid-al Fitr, which marks the end of the Islamic holy month of Ramadan. Security personnel were overwhelmed by thousands of shoppers and traders who ignored health protocols and physical distancing.

“I’m here for my kids. They will be ashamed if their friends wear new clothes during Eid while they don’t," said Ida Farida, a mother of three.

“Of course I’m worried,” she said when asked about possibly contracting the virus. “But I leave it to God.”

President Joko Widodo has said he will not yet ease large-scale social restrictions and insisted his government is aiming to keep citizens productive and safe.

“We must coexist with COVID-19,” Widodo said in a video statement last week. “Living in peace with it does not mean we are giving up, but that we are adapting and this requiring strict health protocols.”

His remarks came days after the Central Statistics Agency announced Indonesia’s economy grew just 2.9% in January-March, the slowest growth in almost two decades, as the pandemic made its effects felt in exports, investment and consumption in Southeast Asia’s largest economy.

Widodo’s administration has taken early steps toward loosening virus restrictions by allowing public transportation to resume, including airlines, at 50% of their capacity.

Health experts have warned that the fight against COVID-19 is far from over, emphasizing that the country’s limited testing capabilities have made it harder to get an accurate picture of the true extent of the pandemic.

The government, nevertheless, has insisted the country must be ready to get back to normal by the end of July.

The government has set up a team to gauge which cities should ease restrictions amid growing economic pressures.

The reopening plan, which is still under development, aims to have shopping malls resume limited operations on June 8. That will be followed by reopening schools with staggered schedules.

As widely circulated draft of the plan said restaurants, bars, cafes and gyms would be allowed to start opening on July 6, with tight health protocols in place, followed by lifting restrictions on travel and public worship.

Doni Monardo, the COVID-19 task force chief, stressed that the plan was contingent on meeting public health metrics first, including a flattening of the number of new infections in an area.

Pandu Riono, an epidemiologist from the University of Indonesia, warned that reopening the economy prematurely could trigger a second wave of infections.