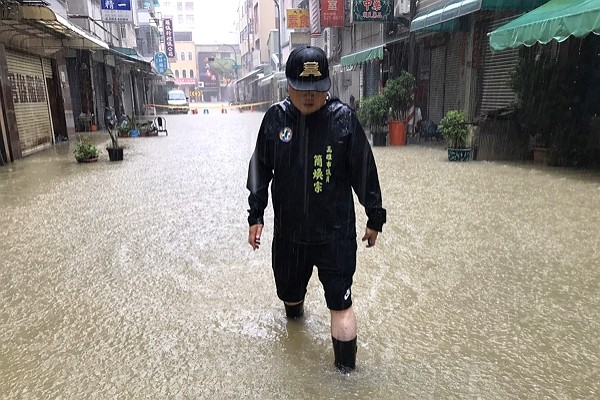 The torrential rainfall that drenched Taiwan on Friday could ease up on Saturday (May 23), but heavy rainfall could still affect the central and southern parts of the country, the Central Weather Bureau (CWB) warned.

Taiwan is likely to see less rainfall over the weekend as the plum rain front that brought the deluge moves south toward the Bashi Channel and southeasterly winds weaken, forecasters said.

According to the CWB, northern Taiwan and low-lying areas in central Taiwan should see milder weather, though they could still get heavy rain, defined by the CWB as more than 80 millimeters of rainfall over a 24 hour-period or 40 mm of rainfall in one hour.

Mountainous areas in central Taiwan and low-lying areas in southern Taiwan could see extremely heavy rain, which the CWB defines as more than 200 mm of rainfall over a 24 hour-period or over 100 mm in three hours.

In the south, mountainous areas in Chiayi County and some low-lying areas in Kaohsiung and Pingtung could even see torrential rain, equal to more than 350 millimeters of rainfall over a 24-hour period, the bureau said.

In mountainous areas in Kaohsiung and Pingtung, "extreme torrential rain" of more than 500 mm of rainfall could fall over a 24-hour period, the bureau forecast.

Meanwhile, lightning, strong gusts, rock falls, mudslides and flooding are likely islandwide, according to the CWB.

On Friday, some schools and offices were closed, and flooding and traffic disruptions were reported around Taiwan due to the inclement weather.
Parts of Kaohsiung and Pingtung, where water levels were calf-deep, saw the most severe flooding in Taiwan.

The heaviest rainfall was recorded in Sandimen Township in Pingtung, with 550 mm of precipitation accumulated between midnight and 6 p.m. Friday.

Several roads, including sections of the Southern Cross-Island Highway in the south, were also closed as a precautionary measure, transportation authorities said.

According to the Education Ministry, 26 schools across Taiwan, most of which were in Tainan and Kaohsiung, have reported damage of up to NT$1.59 million (US$53,200) due to the torrential rains. 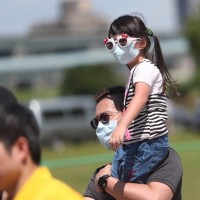 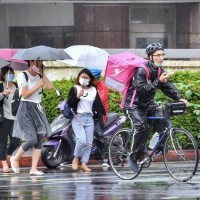