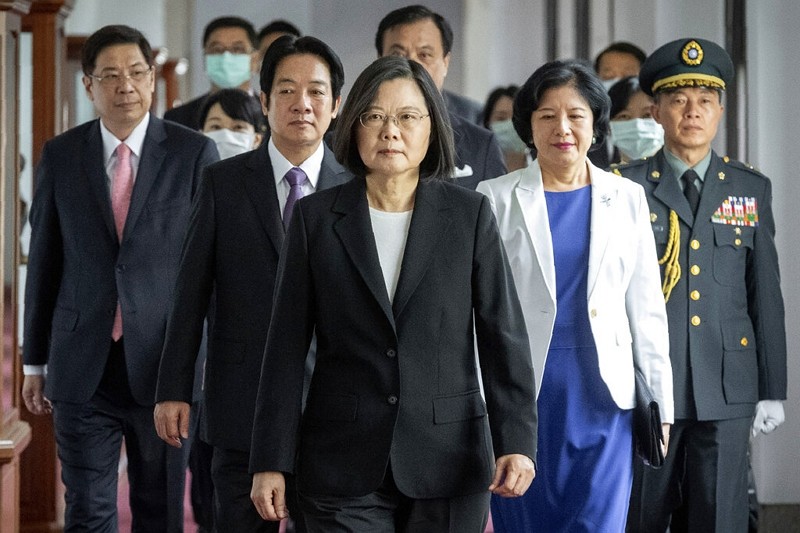 Some prominent analysts have recently analyzed how the current coronavirus crisis will change the global order. In their March article in Foreign Affairs, Kurt Cambell and Ruch Doshi discussed the geopolitical implications of the crisis and emphasized the need for US leadership in the global response to the crisis (The Coronavirus could Reshape Global Order, Foreign Affairs, March 18, 2020).

One very specific aspect of how the US and Europe can show leadership: How Taiwan's stellar performance in the fight against the coronavirus should make us rethink that country's international position.

During my twenty-two years in the United States Senate, I became an avid student of Taiwan and its history. I was Chairman of East Asia and Pacific Affairs Subcommittee on Foreign Relations and made at least twenty-two trips to the island nation, and have been invited to serve as an observer at two Taiwan Presidential elections.

I observed how - during the past three decades - the Taiwanese people were able to throw off the authoritarian regime imposed on them by the Chinese Nationalists who had come over from China in the 1940s with Chiang Kai-shek. The country is now a vibrant democracy under DPP President Tsai Ing-wen, where recognition of human rights abounds. Free speech, free elections, and a free press are deeply embedded in the national polity and conscience, as well as the culture of the Taiwanese people.

The problem is that the fundamentals of our US and European "One China" policies are still those of the 1970s, when there were two regimes claiming to represent all of China, the Communists and the Nationalists. Our policies have not kept pace with the reality on the grounds that Taiwan is now a free and democratic nation, with a government elected by the people of the island.

This reality became abundantly clear in January of 2020, when the people of Taiwan re-elected President Tsai Ing-wen with an overwhelming majority of 57.1 percent (against 38.6 percent for her Kuomintang challenger, the China-leaning mayor of Kaohsiung, Han Kuo-yu). President Tsai now has the full mandate to further implement much necessary economic, judicial, and other domestic reforms.

But a major challenge remains: the communist regime in Beijing, that doesn't want to allow Taiwan any international space, poaching diplomatic allies (such as the Solomon Islands and Kiribati in September 2019), and blocking any attempt by Taiwan to participate in international organizations like the UN, ICAO, Interpol and the WHO. For too long, the West - the United States and Europe - have acquiesced in that. We have looked the other way and not made Taiwan's membership in international organizations a priority.

Here in the United States we have hidden behind an extremely unhelpful and fuzzy formula of "only supporting Taiwan's membership in international organizations that do not require statehood and meaningful participation in organizations that require statehood for membership." This phraseology dates from the anachronistic "Three Noes" of the Bill Clinton Administration in 1998, but through bureaucratic inertia somehow continued to permeate the formulations used by the State Department until pretty recently. That formulation needs to be ditched in favor of simply "supporting for Taiwan's joining international organizations" period.

Taiwan's stellar performance in how it responded early and efficiently to the coronavirus should prompt us to realize that the diplomatic and political isolation imposed on Taiwan by a repressive and authoritarian regime in Bejing, and by our own bureaucratic inertia, should be a thing of the past. There is no excuse for free and democratic nations around the world to perpetuate that situation.

For that to happen, it is essential that the United States - together with other like-minded nations, Europe, Asia, Australia, and New Zealand - convince the United Nations, the World Health Organization and other international organizations to accept Taiwan as a full and equal partner at the table.

The free world needs to stand up for its principles of freedom, democracy, and human rights, and welcome Taiwan into the international family of nations by moving towards normal bilateral diplomatic relations with that democratic nation-state, and by giving it a seat at the table in the international community.