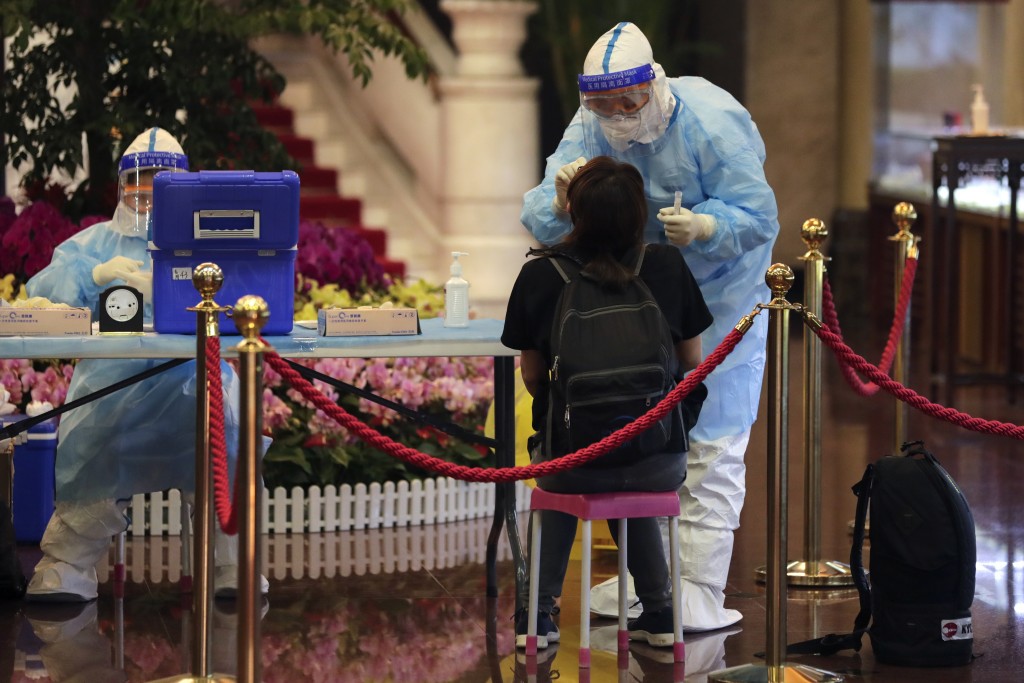 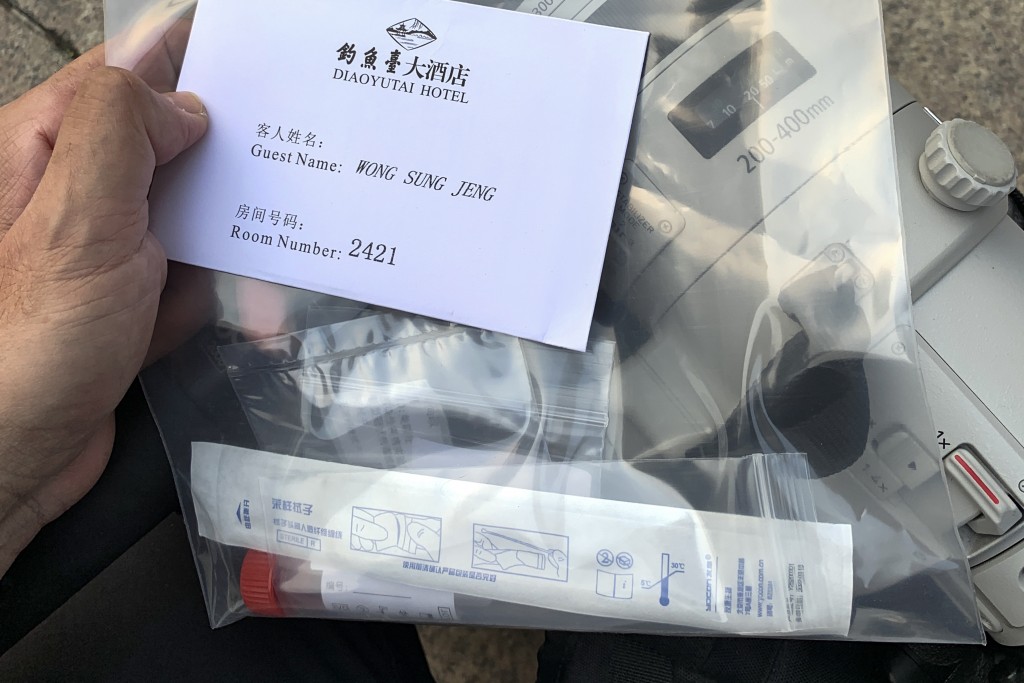 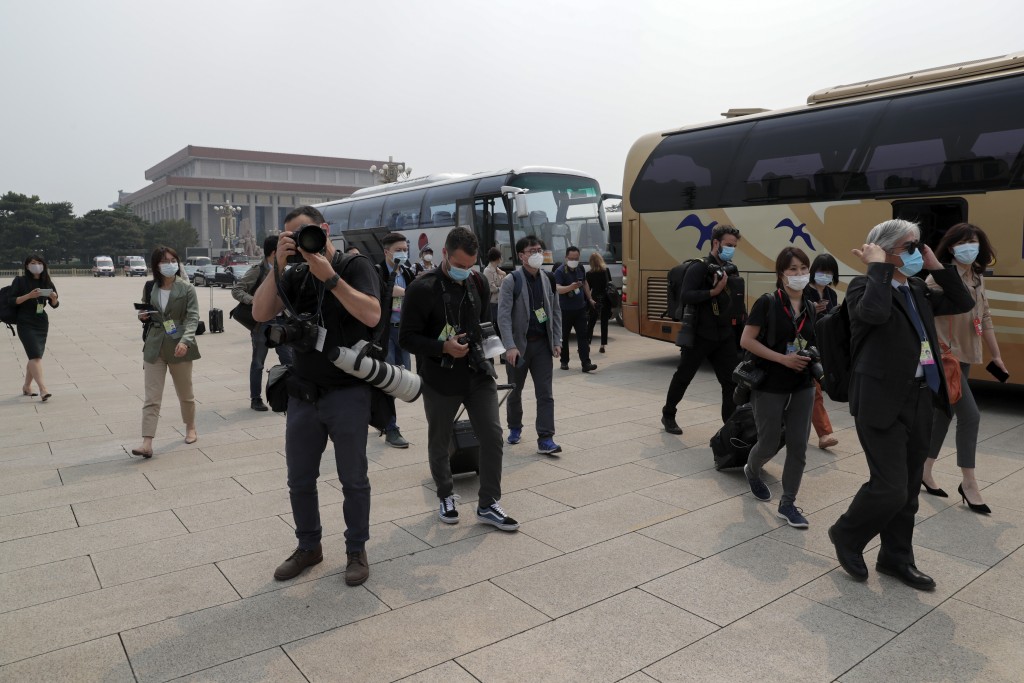 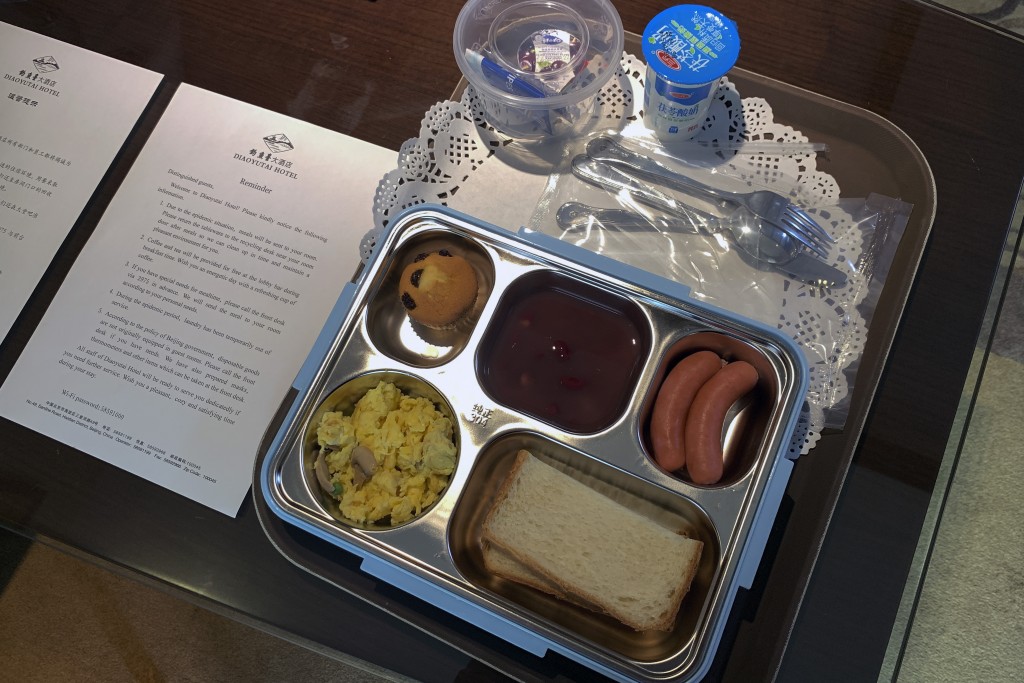 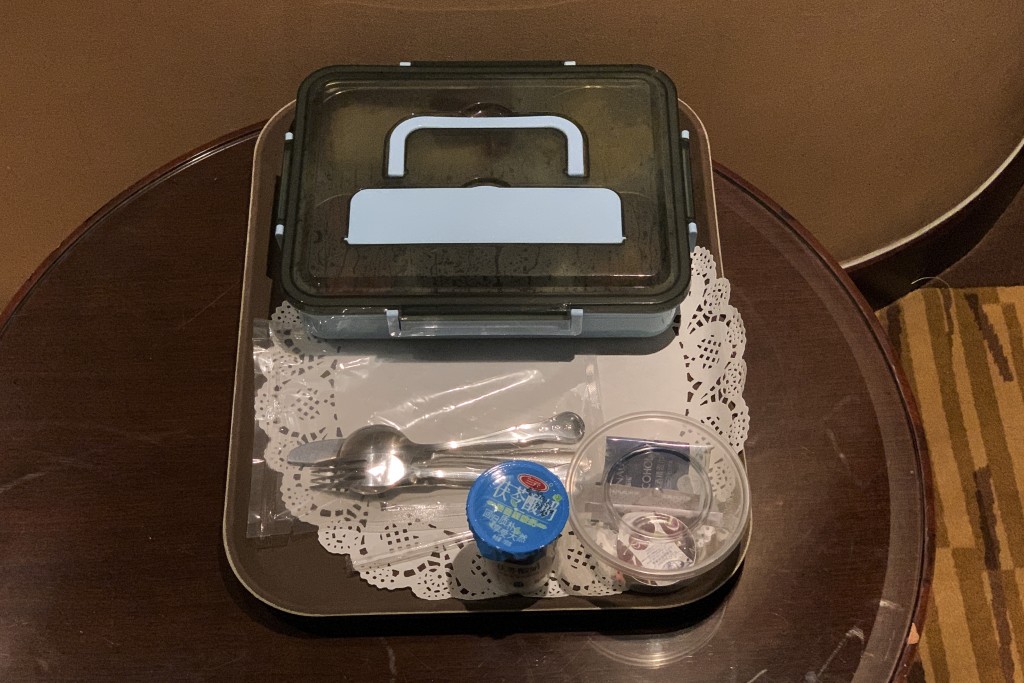 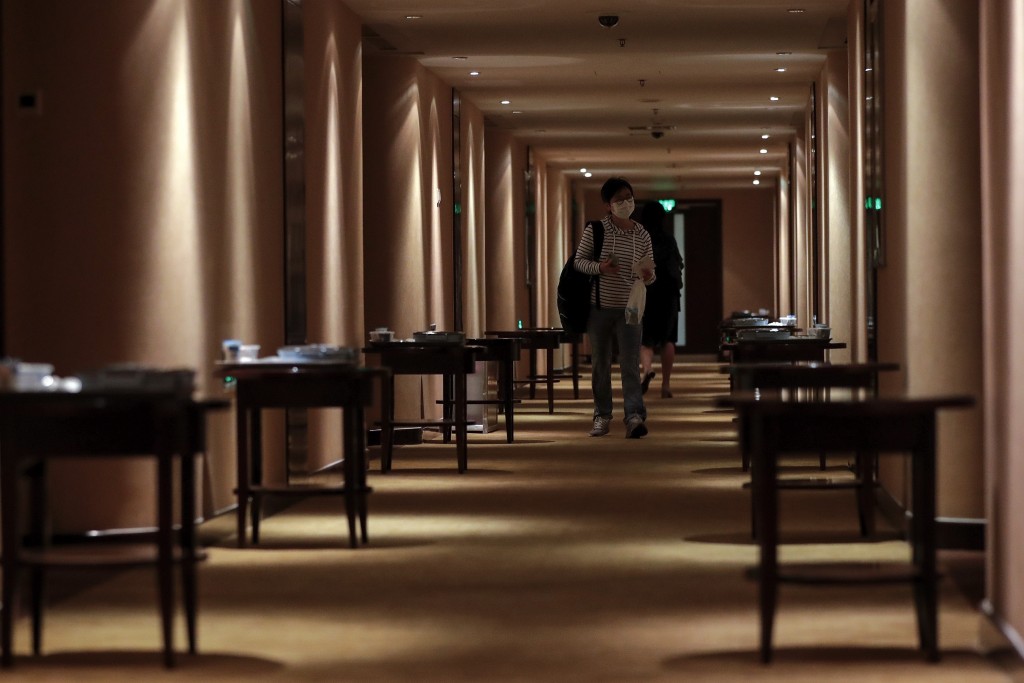 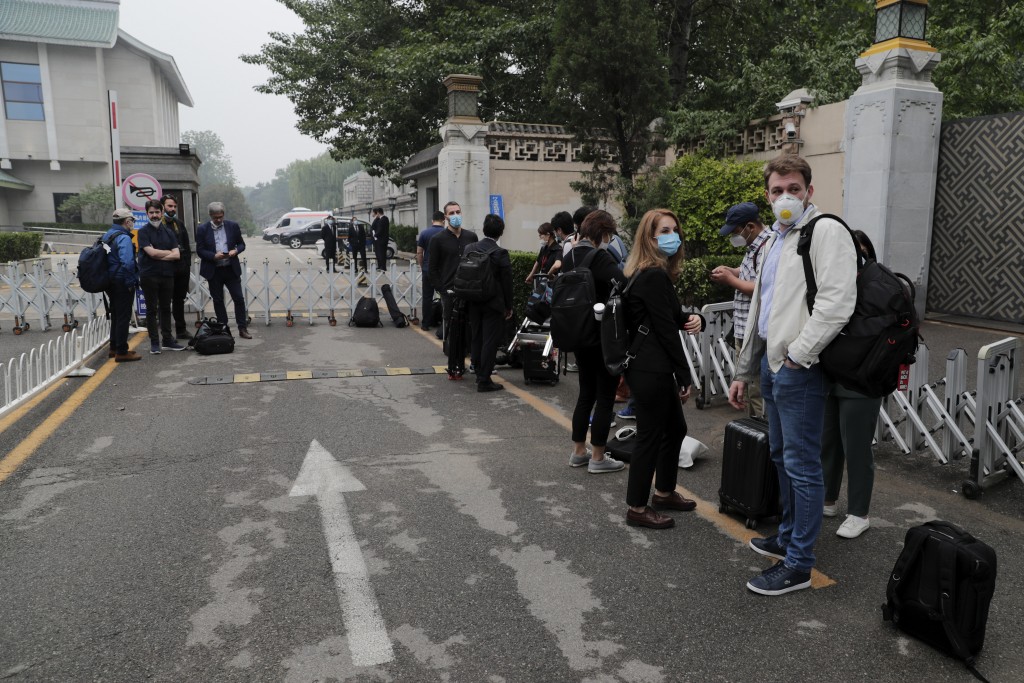 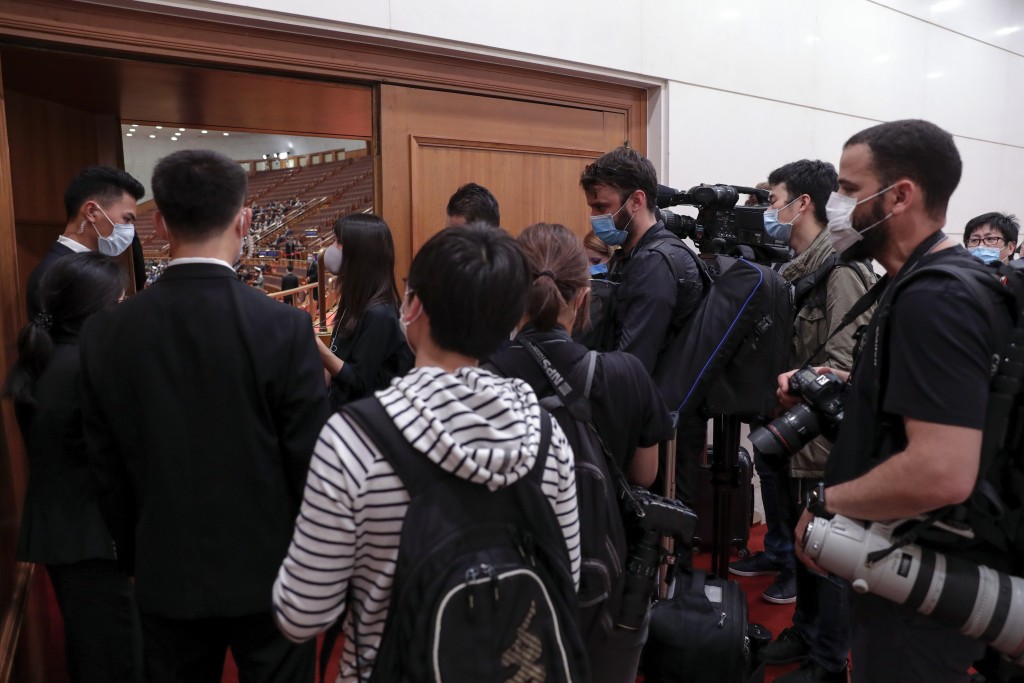 BEIJING (AP) — At 5:40 a.m. on an overcast morning, I was on my way to cover the opening of China’s biggest political gathering of the year when we ran into that rarest of sights in the age of coronavirus.

“Wow! A traffic jam at this hour of the day?” the driver exclaimed, tapping the brakes to stop on Beijing’s Avenue of Eternal Peace.

A minor one, sure, but a sign of how normality is returning to China. That China is holding the Two Sessions — bringing 5,000 delegates to the capital for two concurrent meetings — is a clear signal of confidence on the part of President Xi Jinping that he has the pathogen under control.

But make no mistake: Beijing’s bureaucrats aren’t taking chances. Though the opening ceremony for the first meeting was at 3 p.m. Thursday, the reason I woke at such an early hour was because authorities had mandated every journalist take a COVID-19 nucleic acid test nine hours earlier.

One by one, I and other foreign journalists fought the urge to gag as technicians in blue gowns and sneeze guards swabbed our tonsils. We were sequestered while waiting for the results, snoozing in guest rooms at the Diaoyutai hotel, part of a lodging complex for visiting dignitaries. If just one of us tested positive, all of us would be barred.

Lunch — stir-fried pork with lotus shoots, steamed bok choy, and fish stewed in a butter sauce — was served in a sealed box, delivered by tray to squat tables outside our rooms. A Foreign Ministry staffer rang my room, warning me not to venture out until we got our results.

Six hours later, another call: We were all clear.

We piled into a bus and rushed to Beijing’s Great Hall of the People, the Maoist answer to the U.S. Capitol. “Congratulations!” our handlers said, telling us it was a special privilege for us to attend the sessions this year. Most years, hundreds of foreign journalists queue in the wee hours of the morning, fighting for a spot with a clear view of the proceedings; this year, we numbered just a couple dozen, to cut the risk of infection.

Our minders warned us never to take our masks off and to listen to directives with special care “for your own sake, for our sake.” As we took our places on a balcony overlooking the vast hall, it was evident that attendance was sparser than usual. Many of the spectators in non-pandemic years were gone, leaving rows of empty seats.

China’s Two Sessions are staid, preordained affairs, filled with Communist Party-speak and tuxedoed waitstaff marching in military formation. In my two and a half years in Beijing, I’ve had the privilege of seeing two historic ones.

The first was in 2018, when China’s ceremonial parliament abolished presidential term limits, clearing the way for Xi to lead for life. That day, flurries fell on Beijing — snow welcomed by his supporters as a good omen for his rule.

The second is this year's, overshadowed by the coronavirus pandemic. This time, black thunderclouds rolled over Beijing, shrouding the city in darkness and pelting rain as the meeting got underway.

Kang is a journalist in the AP's Beijing bureau.