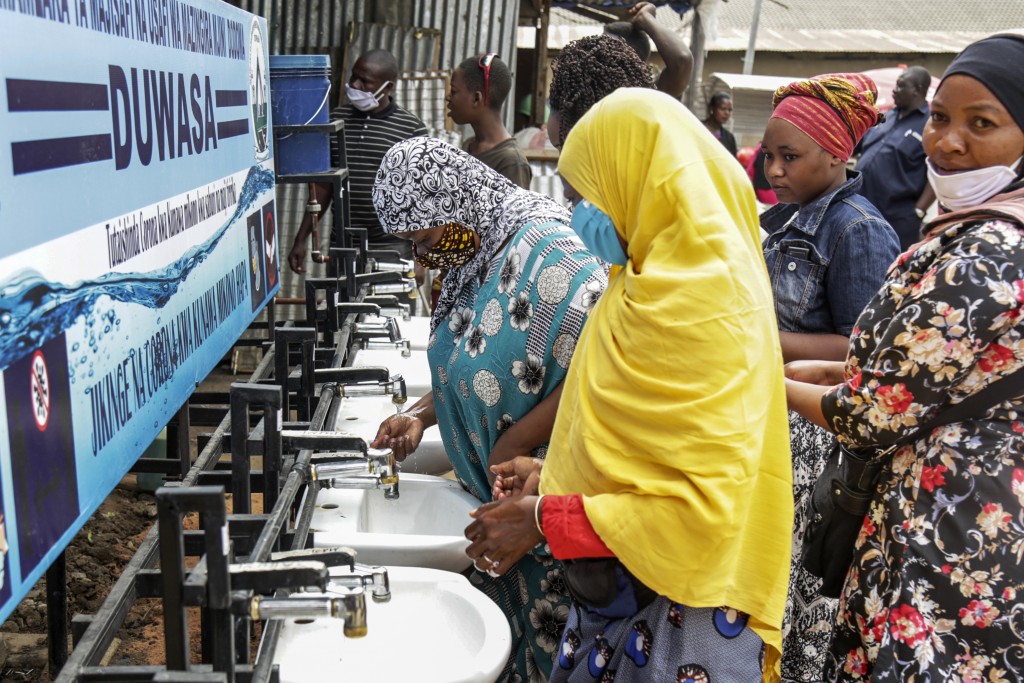 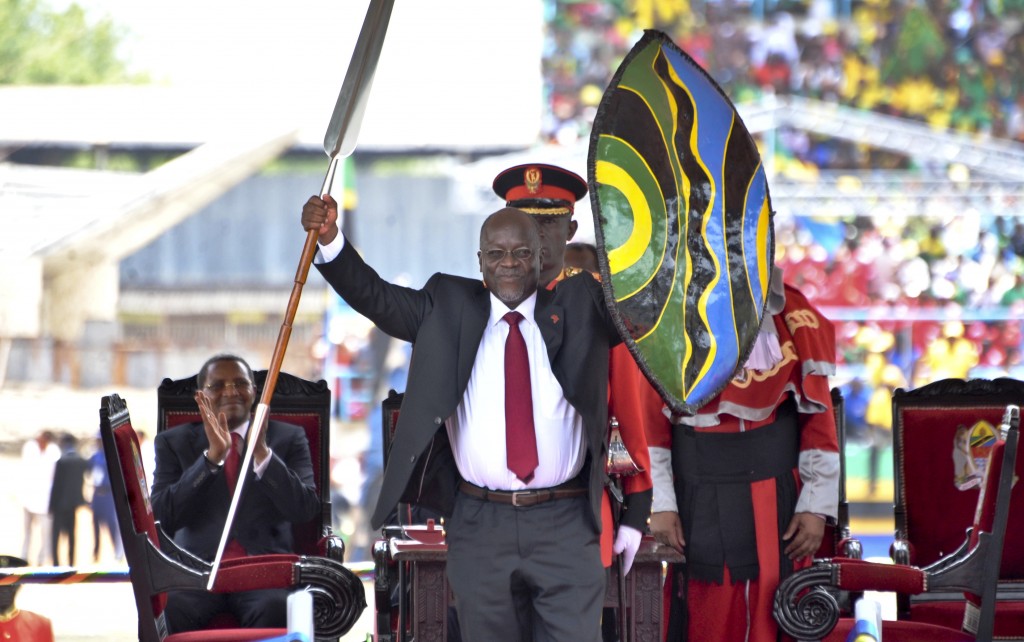 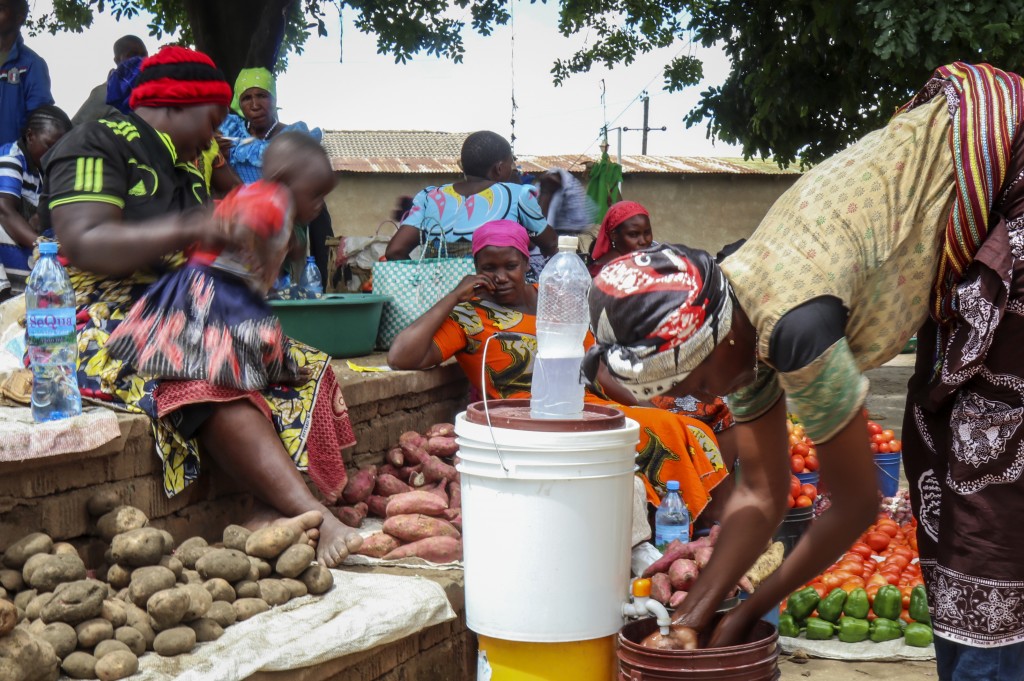 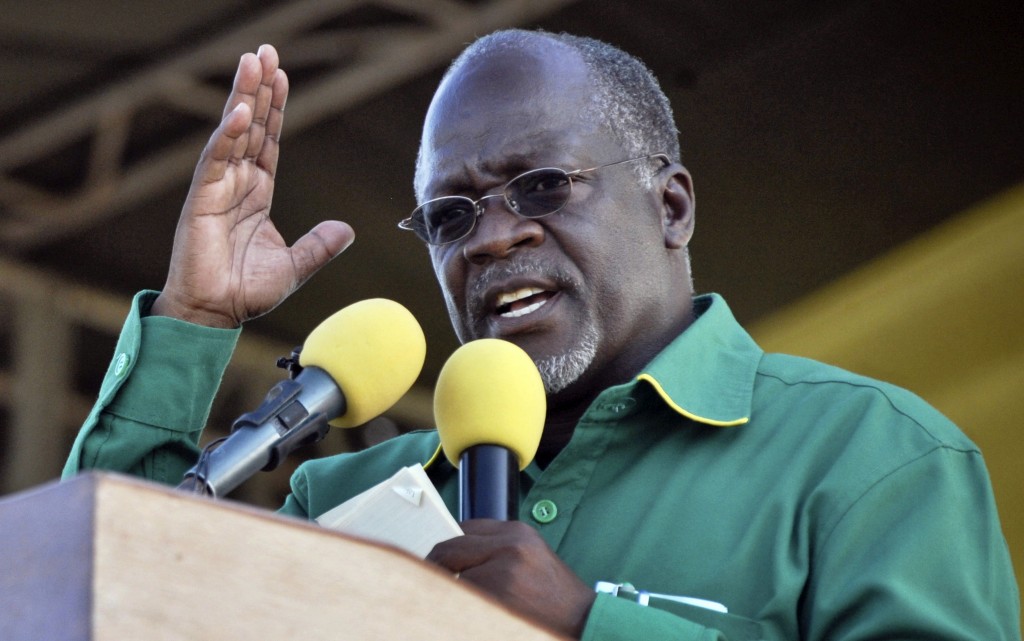 NAIROBI, Kenya (AP) — On just one day this month, 50 Tanzanian truck drivers tested positive for the coronavirus after crossing into neighboring Kenya. Back home, their president insists that Tanzania has defeated the disease through prayer.

All the while, President John Magufuli has led a crackdown on anyone who dares raise concerns about the virus’s spread in his East African country or the government’s response to it. Critics have been arrested, and opposition politicians and rights activists say their phones are being tapped.

The country's number of confirmed virus cases hasn't changed for three weeks, and the international community is openly worrying that Tanzania's government is hiding the true scale of the pandemic. Just over 500 cases have been reported in a country of nearly 60 million people.

While many African countries have been praised for their response to the coronavirus, Tanzania is the most dramatic exception, run by a president who questions — or fires — his own health experts and has refused to limit people's movements, saying the economy is the priority.

Fatma Karume, a human rights activist and former president of the Tanganyika Law Society, said authorities are discouraging people from going to hospitals to avoid overwhelming them, but they are not giving adequate guidance about the virus.

“When you are disempowering a whole nation by withholding information and creating doubt on how they should respond to the crisis, the outcome can be disastrous,” Karume said.

The president has refused to shut churches, mosques and other gathering places, such as pubs and restaurants. He has questioned the accuracy of tests done by the national laboratory, saying the swabs used may themselves be tainted with the virus.

He has suspended the head of the laboratory and fired the deputy health minister. On Thursday, Magufuli ordered the Health Ministry and other agencies not to receive personal protective equipment from donors until tests are done to ensure it works and is safe.

While Magufuli halted international passenger flights in April, he is now allowing them to resume — and says any visitor who doesn't have a fever will be allowed in.

For most people, the coronavirus causes mild or moderate symptoms. For some, especially older adults and people with existing health problems, it can cause more severe illness and lead to death.

The president has argued that if restrictive measures are adopted, Tanzanians may have nothing to eat.

In fact, rather than urge Tanzanians to keep their distance, one Magufuli ally encouraged them to flood the streets this weekend to celebrate.

“Make all kinds of noise as a sign of thanksgiving to show our God has won against disease and worries of death that were making us suffer,” Paul Makonda, the regional commissioner of commercial hub Dar es Salaam, said at a news briefing. In March, Magufuli ordered three days of national prayers against COVID-19 and has since said they have been answered.

Government spokesman Hassan Abbas told The Associated Press that it would be impossible to cover up an outbreak. He also dismissed reports that hospitals were overwhelmed, noting that one, which has room for over 160 patients, only had 11.

“It is unfortunate that COVID-19 has come up with lots of misinformation, propaganda and false news," he added.

He said Tanzania has taken measures to curb the disease, and infection rates are falling, though he gave no data.

He said the country's health officials have been working hand in hand with international experts, including at the World Health Organization.

“We strongly call on Tanzania, encourage Tanzania, to share data in a timely fashion,” the head of the Africa Centers for Disease Control and Prevention, John Nkengasong, said this month, adding that fighting the virus is more difficult without accurate data from all member states.

“No country is an island,” he warned. On Thursday, Nkengasong said Tanzania still had not provided the body with any more information — but officials were still hoping the government would eventually cooperate.

Kenya closed its border with Tanzania this month except for cargo traffic and imposed stringent testing measures on Tanzanian truck drivers after more than 50 of them tested positive for the virus in a single day.

The U.S. Embassy in Tanzania has issued an unusual statement, warning its citizens that “all evidence points to exponential growth of the epidemic” and that hospitals in Dar es Salaam have been overwhelmed with COVID-19 cases.

“On Tanzania, yes, it’s very disappointing,” the top U.S. diplomat for Africa, Tibor Nagy, told reporters this week. “Obviously, they are very concerned with the economic impact that the loss of the tourism industry is going to have on them, but I can’t imagine any tourists flocking back there in such an uncertain environment.”

In a more subtle note of concern, the British High Commission announced a charter flight for British nationals who want to leave.

Meanwhile, the climate of fear has grown inside Tanzania, rights groups and critics say, as Magufuli seeks a second term in an October election that shows no sign of being delayed despite the pandemic.

Magufuli has stifled independent journalism since taking office and severely restricted the work of non-governmental organizations, according to rights groups.

Lawyer Albert Msando was arrested in late April after a video circulated showing him distributing masks to journalists, according to the Tanzania Human Rights Defenders Coalition.

In the video, Msando talked about the importance of the news media's role in informing the public about the pandemic, the coalition said in a statement.

Tanzanian authorities have also targeted media that have attempted to report on the pandemic, according to Amnesty International.

A journalist accused of reporting about a patient without the person's consent had his credentials revoked for six months; three media organizations were fined for “transmission of false and misleading information” about the government's pandemic response; and a newspaper had its online publishing license suspended for publishing a photo that it said showed the president flouting “global social distancing guidelines." Authorities contend the photo was not recent.