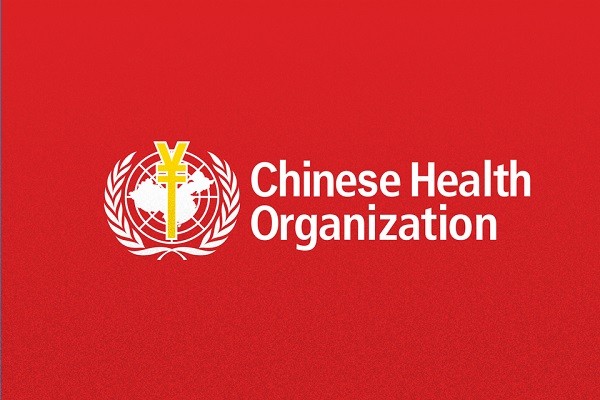 TAIPEI (Taiwan News) — After Taiwan was yet again denied entry to the World Health Assembly (WHA) earlier this week, an illustrator created this flag mocking the World Health Organization (WHO) for the inordinately strong influence communist China wields over the group.

Given that the WHO and Chinese Communist Party (CCP) have been strangely in sync with their delays in acknowledging the infectiousness and seriousness of the Wuhan coronavirus (COVID-19) pandemic, many netizens have started to call the WHO the "Chinese Health Organization" or simply "CHO."

The term may not be such an exaggeration, as a report by Der Spiegel on May 8 revealed that Germany's intelligence agency BND found CCP General Secretary Xi Jinping (習近平) on Jan. 21 asked WHO Director-General Tedros Adhanom not to announce the disease could be transmitted from human-to-human and to delay the declaration of a pandemic.

After it became clear on Monday (May 18) that Taiwan would yet again be excluded from the WHA due to Beijing's pressure on WHO member states, graphic artist Allen Hsu created a banner that is a hybrid of the Chinese flag and the WHO. Like the flag of China, it includes the colors red and yellow, but in this case, instead of five yellow stars, it has a yellow Chinese yuan symbol.

The Chinese yuan also takes the place of the pole that a serpent slithers on in the WHO logo. Also in the logo is a map of China, instead of a map of the globe.

Hsu posted the illustration in the Taiwan section of the social media site Reddit on Wednesday (May 20), a day after the WHA meeting to discuss Taiwan's participation had concluded. In the heading for the post Hsu wrote, "WHO sides with China to exclude Taiwan, so I made this."

The WHO's new crimson banner soon gained 779 upvotes and 59 comments on Reddit. Hsu said that he enjoys creating what he calls "offensive flags," more examples of which can be seen on the website Future Travel.