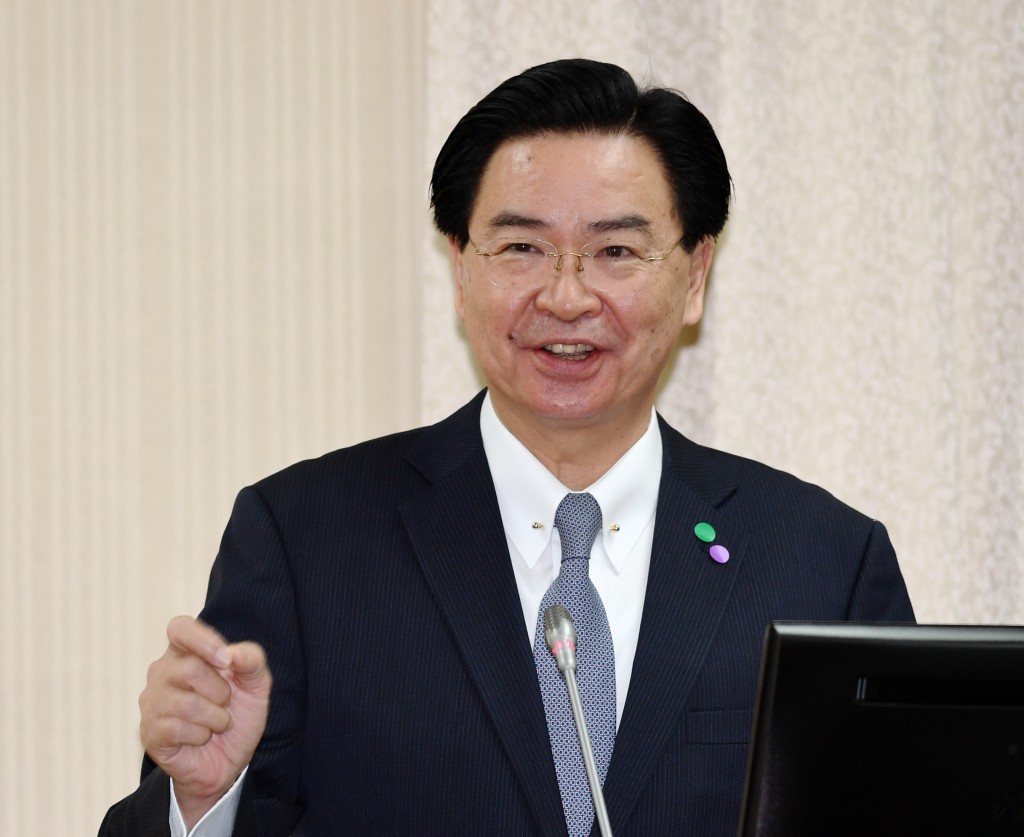 TAIPEI (Taiwan News) — In response to the U.S. sale of torpedoes to Taiwan, Minister of Foreign Affairs Joseph Wu (吳釗燮) stated on Thursday (May 21) this demonstrated U.S. support for Taiwan's security and domestic submarine production.

The U.S. State Department announced on Wednesday it had approved an arms sale to Taiwan consisting of 18 MK-48 Advanced Technology heavyweight torpedoes and related equipment, for a total of US$180 million, SET News reported.

Wu on Thursday attended a special briefing on “Taiwan's Participation in the 73rd World Health Assembly (WHA),” held by the Legislative Yuan’s Foreign Affairs and National Defense Committee. Democratic Progressive Party (*DPP) legislator Luo Chi-cheng (羅致政) asked Wu, “The U.S. has approved the sale of heavy torpedoes to Taiwan. What is the Ministry of Foreign Affairs’ opinion on this?”

In response, Wu explained the torpedoes would primarily be used in the production of domestic submarines (to ensure compatibility). He said this represented the U.S.’s commitment to Taiwan’s security and added MOFA also welcomes the country’s adherence to the Taiwan Relations Act and the six assurances.

Luo then asked, "Does the U.S. approval of this heavy torpedo arms deal to Taiwan represent its support and willingness to assist Taiwan in building its own submarines?" Wu responded, “That is absolutely correct.”

Under the Trump administration, Taiwan has seen more weapons sales than any other recent U.S. president. The arms procurement process for the island nation has also become more streamlined—a departure from the bundle approach observed by previous administrations.