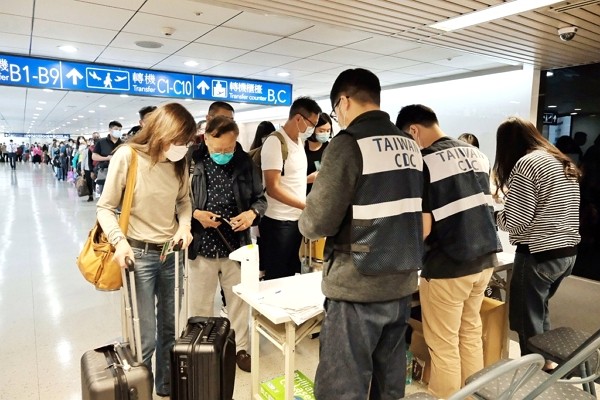 TAIPEI (Taiwan News) — After announcing Taiwan's first new coronavirus (COVID-19) infection in two weeks on Thursday (May 21), the Central Epidemic Command Center (CECC) said it is important for Taiwanese who have contracted the virus overseas to contact health authorities before their planned return.

During the daily update on Taiwan's coronavirus cases Thursday, CECC Spokesman Chuang Jen-hsiang (莊人祥) said the new case was a Taiwanese man in his 30s who had returned to the country after traveling to Mexico for business. He added that another citizen who previously tested positive for the coronavirus in South America had also returned to Taiwan after receiving approval from the CECC.

Chuang said the individual had wanted to return home since his diagnosis and was able to do so after viral test results showed he had recovered from the disease. Chuang explained the man had tested negative twice before boarding the return flight and tested negative again upon his arrival at Taiwan Taoyuan International Airport.

Chuang pointed out that a Taiwanese infected with the virus in Southeast Asia had also contacted the CECC to return to Taiwan. He said the request is under review, reported UDN.

The CECC official stressed that it is mandatory for citizens who contracted the virus abroad to meet certain health criteria before being allowed in the country, adding they need to have two consecutive negative tests, or not have symptoms of the disease for two months since the onset. He added that individuals must report to the health authorities in advance and failure to do so may result in a fine of up to NT$2 million (US$66,680).

Chuang urged returning Taiwanese to be honest about their health condition and promised the CECC would provide care for those diagnosed with COVID-19, reported CNA.