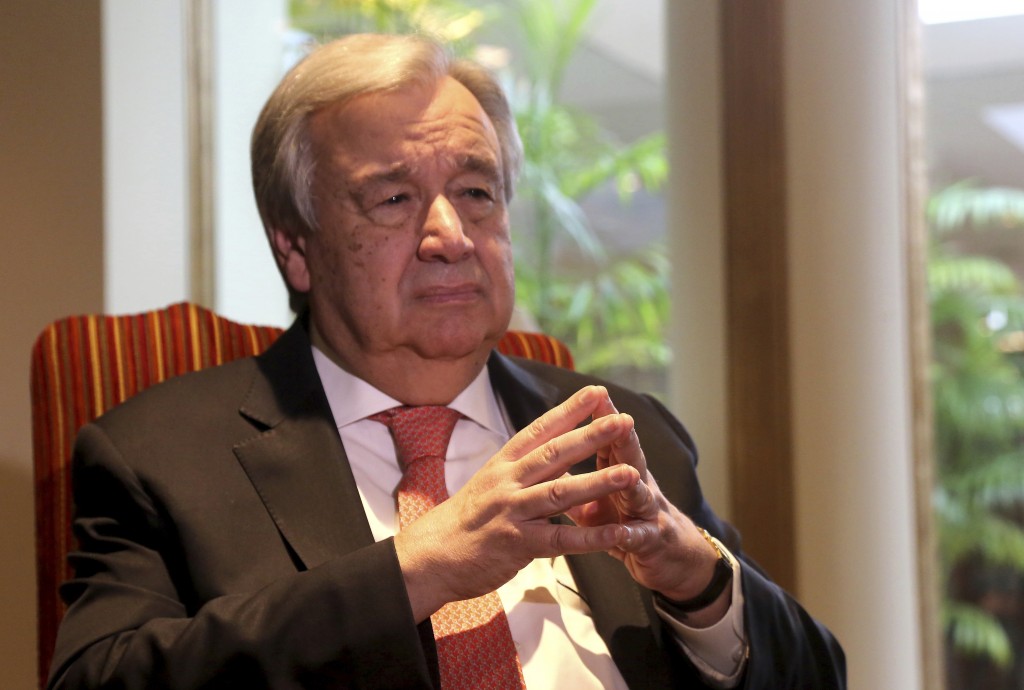 UNITED NATIONS (AP) — The United Nations secretary-general is again urging all parties to conflicts to respond to his call for a global cease-fire to tackle the COVID-19 pandemic, pointing to the more than 20,000 civilians killed or injured in attacks in 10 countries last year and millions more forced from their homes.

Antonio Guterres said in a report to the U.N. Security Council released Thursday that the pandemic is “the greatest test the world has faced” since the world body was established 75 years ago. And he said it has already had a severe impact on efforts to protect civilians, especially in conflict-affected countries where weak health care systems can be overwhelmed.

The U.N. chief said support for his March 23 cease-fire appeal from governments, regional organizations, armed groups, civil society and individuals throughout the world has been “encouraging.” But he said in many instances “challenges in implementing the cease-fire still need to be overcome, in particular in areas where there are protracted conflicts, often involving multiple armed actors and complex interests at the local, national and international level..”

“As the world confronts the monumental challenge of the COVID-19 pandemic, the need to silence the guns could not be more acute,” he said.

His new appeal focuses on the protection of civilians, stressing that the most effective way to protect them “is to prevent the outbreak, escalation, continuation and recurrence of armed conflicts.”

He said that figure is almost certainly an underestimate because it doesn’t include civilian casualties in Cameroon, Chad, Congo, Mali, Myanmar, Niger, Sudan’s western Darfur region and the Palestinian territories.

The secretary-general said Afghanistan had the highest number of recorded civilian casualties in 2019 — 10,392 civilians killed or injured by homemade bombs and other attacks, with women and children accounting for 42% of the victims.

In Syria, Guterres said hostilities resulted in the deaths of at least 2,404 civilians, including 466 women and 688 children. In Yemen, 3,217 civilians were reported to have been killed or injured, with children accounting for 25%, And in South Sudan there were 1,405 civilian casualties, while in Somalia 1,459 died.

He also pointed to attacks on monasteries, schools and camps for internally displaced people in Myanmar, an air strike on an immigration detention facility in Libya that killed at least 53 migrants and refugees, and attacks by armed groups on markets, towns and commercial trucks in Nigeria that killed more than 100.

Guterres said the millions of civilians forced out of their homes in 2019 added to the 70.8 million people already displaced by conflict and violence. For example, he said, almost 1 million people were newly displaced in Congo, 455,553 in Afghanistan and 200,000 in Nigeria.

He warned that the pandemic may create "incentives for some parties to conflict to press for an advantage, leading to an increase in violence, while others may see opportunities because the attention of governments and the international community is absorbed by the health crisis.”