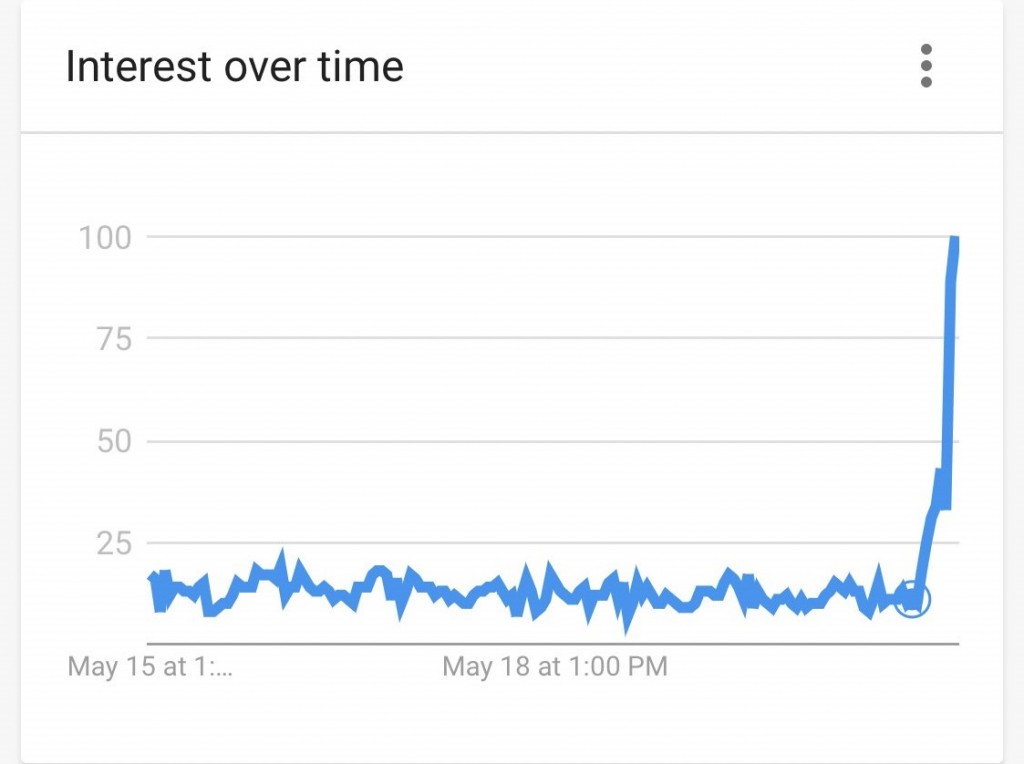 TAIPEI (Taiwan News) — Google searches for the word "immigration" and "Taiwan" spiked on Thursday (May 21) immediately after the Chinese government announced a new national security law for Hong Kong.

On Thursday evening, Zhang Yesui, a spokesperson for China's National People's Congress announced that it will push through a national security law that will impose harsh new restrictions on the Special Administrative Region (SAR). As the law appears to be draconian and is being devised without the input or the authorization of the Legislative Council of Hong Kong, many in Hong Kong consider it a gross violation of the Basic Law and the "one country, two systems framework."

Reuters video journalist Pak Yiu noticed that starting at around 5 p.m. that evening, Hong Kong saw a massive surge in searches for the Chinese word for "immigration" (移民). By 11 p.m., the term reached 100, the maximum on the Google Trends rating scale for the popularity of a given search term.

Simultaneously, the Chinese characters for "Taiwan" (台灣) also began surging dramatically in Hong Kong as well, with the term maxing out at 100 by midnight. In 2019, as the anti-extradition bill protests raged in Hong Kong, the number of Hong Kong citizens emigrating to Taiwan surged by 28 percent.

If the new security law passes and human rights conditions continue to deteriorate, the trend of Hong Kong citizens emigrating to Taiwan is likely to continue to increase. This is facilitated by the fact the Taiwan government does not set application quotas for Hong Kong people and is open to receiving more Hong Kong immigrants.

"We welcome them," said Taiwan's Minister of the Interior Hsu Kuo-yung (徐國勇), reported CNA. He added that immigration applications from Hong Kong have increased by at least 30 percent over the summer of 2019. Surge in the keyword "immigration." (Google Trends screenshot on May 21) Surge in "Taiwan" (red), and "immigration" (blue). (Google Trends screenshot on May 22)