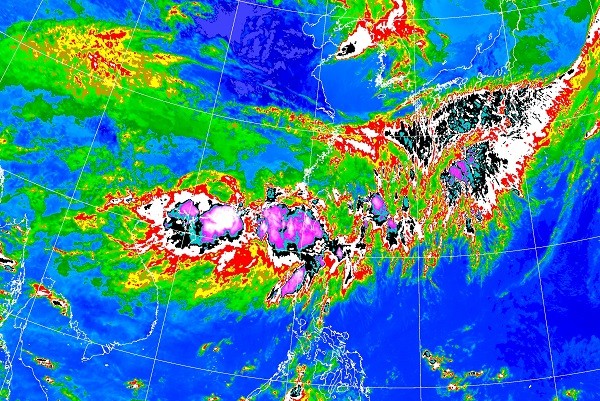 TAIPEI (Taiwan News) — Taiwan's Central Weather Bureau (CWB) today (May 22) issued heavy to torrential rain advisories for 20 out of Taiwan's 22 cities and counties, while school and office closures have been announced in Miaoli, Kaohsiung, Chiayi, and Pingtung due to a stationary front which could bring "disastrous rainfall" to those areas. Meanwhile, closures have been announced in Miaoli County, Kaohsiung City, Chiayi County, and Pingtung Country due to torrential rain:

In addition, Wu said that orographic lift in mountainous areas will cause increased rainfall. He advised residents in those areas to closely monitor CWB reports. Wu said that on Saturday (May 23), the stationary front will gradually move south, with showers or thunderstorms still likely across the country. Wu warned that residents should still be on the alert for severe weather and more "disastrous rainfall," especially in central and southern Taiwan.

From Sunday to Monday morning (May 24 to May 25), the stationary front will move southward to the Bashi Channel, causing a break in the weather. Skies will clear and daytime temperatures will rise during this period, but occasional short showers or thunderstorms are still likely.