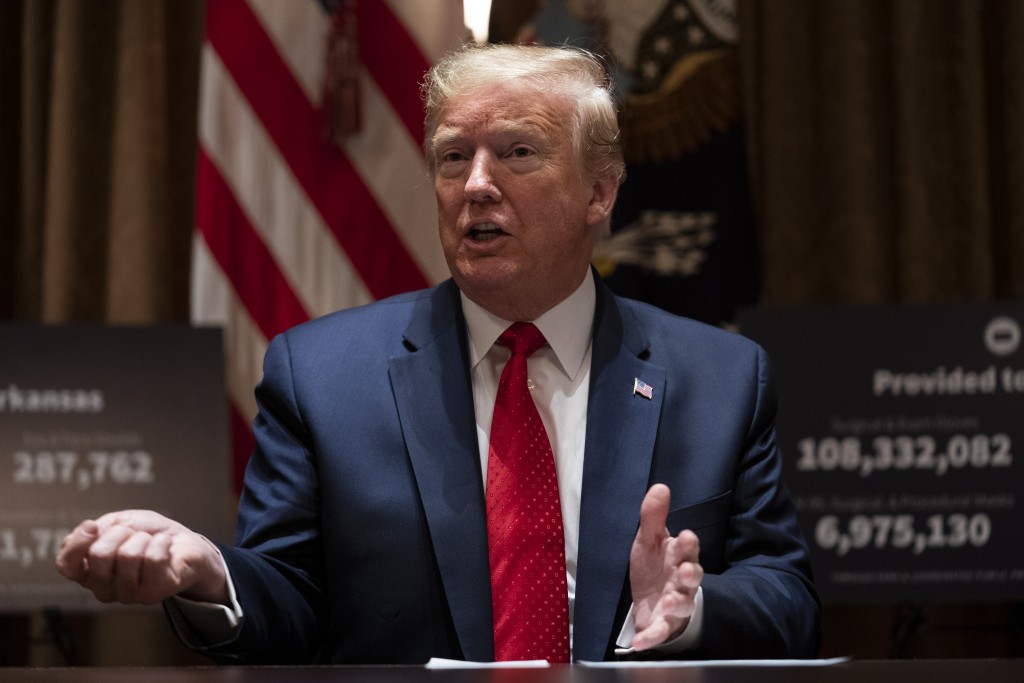 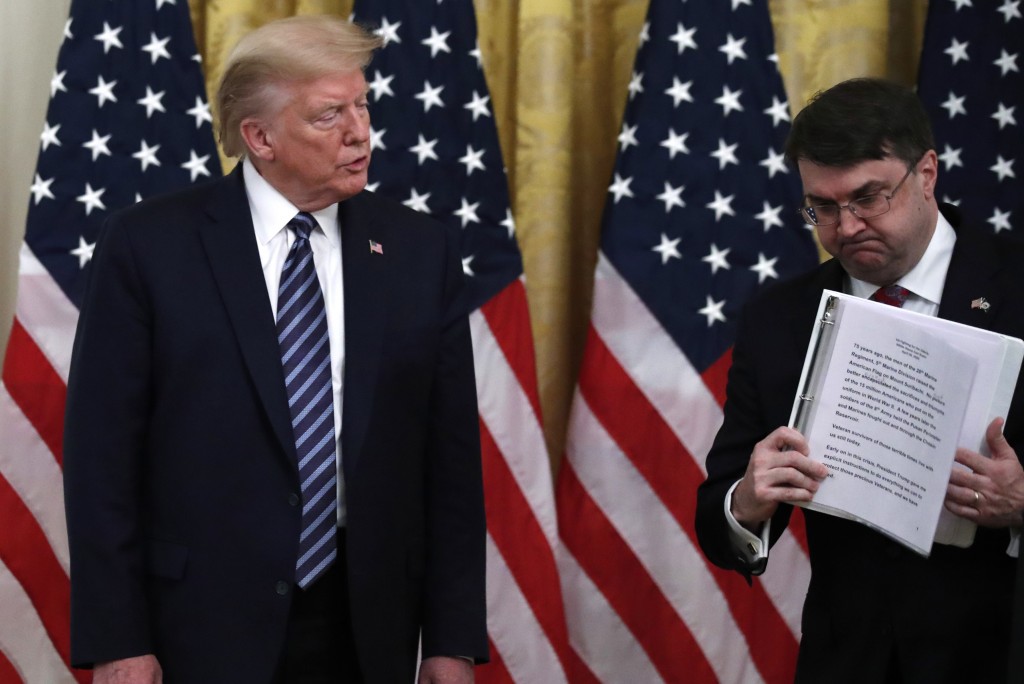 WASHINGTON (AP) — President Donald Trump is putting forth a false “Choice" when he boasts about a program aimed at improving veterans' health care by steering more patients to the private sector.

Heading toward the Memorial Day weekend, Trump bragged anew that he got the Veterans Choice program passed so veterans now can choose to go to private doctors immediately for care if they have to wait too long for appointments at government-run VA medical facilities.

But the Choice program was achieved by his predecessor. And it is currently restricted because of the coronavirus outbreak.

A look at his statements:

TRUMP: “We’ve done the greatest job maybe of anything in the VA, because I got VA Choice ... approved." — remarks Monday.

THE FACTS: False. He didn’t get Veterans Choice approved; President Barack Obama did in 2014. Trump expanded it, under a 2018 law known as the MISSION Act.

TRUMP: “So if you have to wait on line for a doctor, you go outside, you have a private doctor, we pay the bill.” — remarks Monday.

THE FACTS: His suggestion that veterans no longer have waits for care because of the Choice program is also false.

Since March, VA actually has halted the program’s key provisions that granted veterans the option to see private doctors if they endured long delays at VA, citing the pandemic. Internal VA emails obtained by The Associated Press reveal that some veterans are being turned away, even when private doctors are available to see them.

The program allows veterans to see a private doctor for primary or mental health care if their VA wait is 20 days (28 for specialty care) or their drive to a VA facility is 30 minutes or more.

But since the program’s expansion in June 2018, the VA has not seen a major increase in veterans seeking private care, partly because wait times in the private sector are typically longer than at the VA. Two months ago, after the coronavirus outbreak, the VA also took the step of restricting veterans’ access to private doctors, citing the added risks of infection and limited capacity at private hospitals.

Under the temporary guidelines, the VA is reviewing referrals for non-emergency care “on a case-by-case basis for immediate clinical need and with regard to the safety of the veteran when being seen in-person, regardless of wait time or drive time eligibility,” according to VA spokeswoman Christina Noel. The department has boosted telehealth appointments and she said VA referrals for private care will be made where it is “deemed safe” and private doctors are available.

In a VA call this month involving directors at its medical centers along with hundreds of VA employees and patient advocates, several expressed worry about veterans being needlessly denied care, especially in parts of the U.S. where virus cases were more limited, according to a participant on the call.

“We have community facilities open and able to see patients; however, our Veterans are being denied community care granted under criteria of the MISSION Act,” one VA employee wrote in a follow-up May 14 email to Tammy Czarnecki, an assistant deputy undersecretary for health operations at VA.

The employee works in a rural region that covers Montana, Wyoming, Utah, Colorado and Oklahoma, where private doctors are often key to filling gaps in VA care. The person said veterans were being told by their local VAs they may need to wait “well past July, August or September” for private care, according to the email, which was provided to The Associated Press on condition the sender not be identified.

“It breaks our hearts to see so many of our Veterans eligible under the MISSION Act, being turned away for care,” the employee wrote. Czarnecki’s office replied by referring the employee to the VA guidance that set forth the restrictions due to a pandemic.

The VA, which announced this week it would start returning to more normal operations, hasn’t said when it will remove its temporary restrictions on Choice.

Chanin Nuntavong, executive director of the American Legion’s Washington office, says many veterans are anxious about getting their medical appointments.

“Care at the VA has been part of their routine — their regular appointments and elective surgeries. What’s VA’s plan for that?” Nuntavong said. “Am I going to get my appointment that I need at VA in a timely manner? Those are their main concerns right now.”