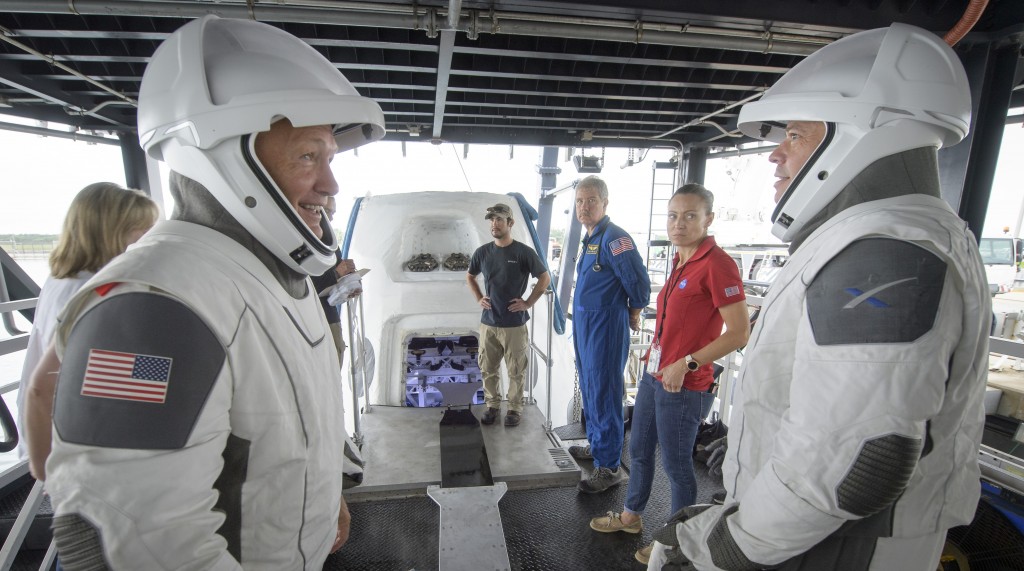 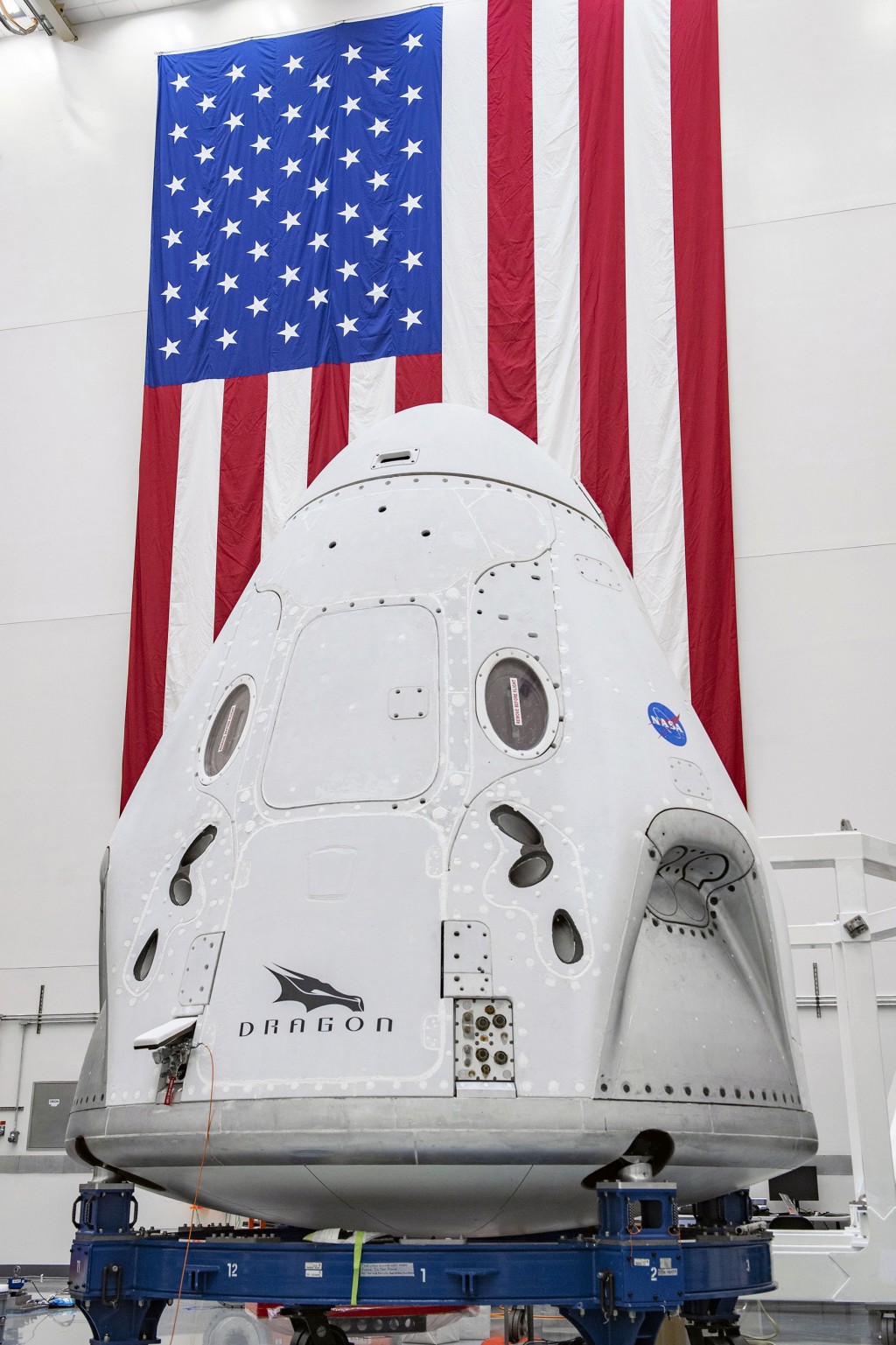 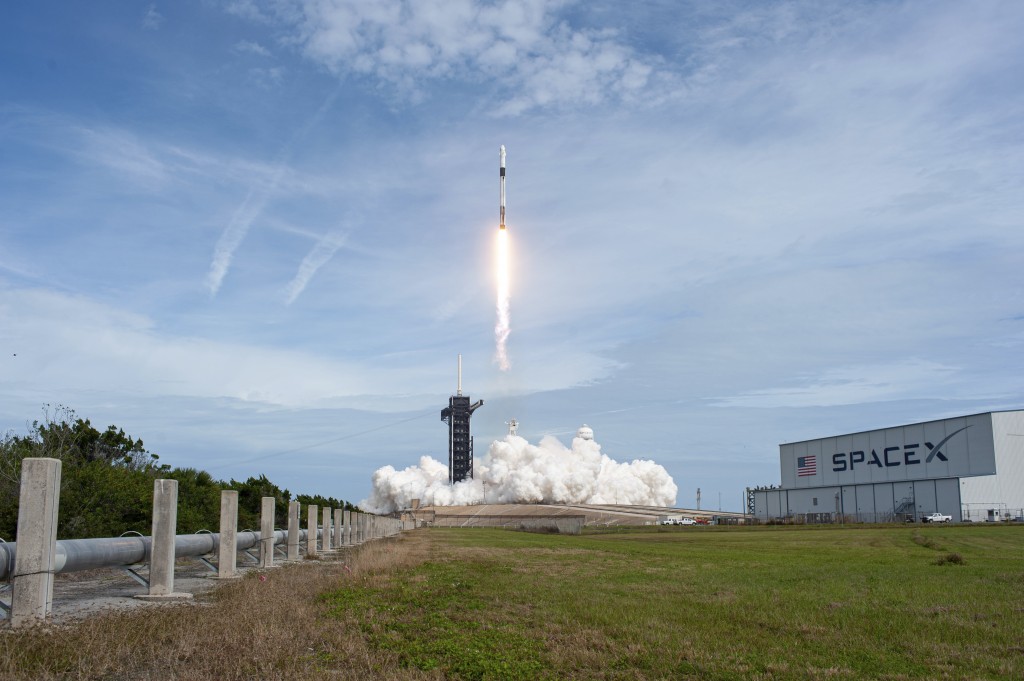 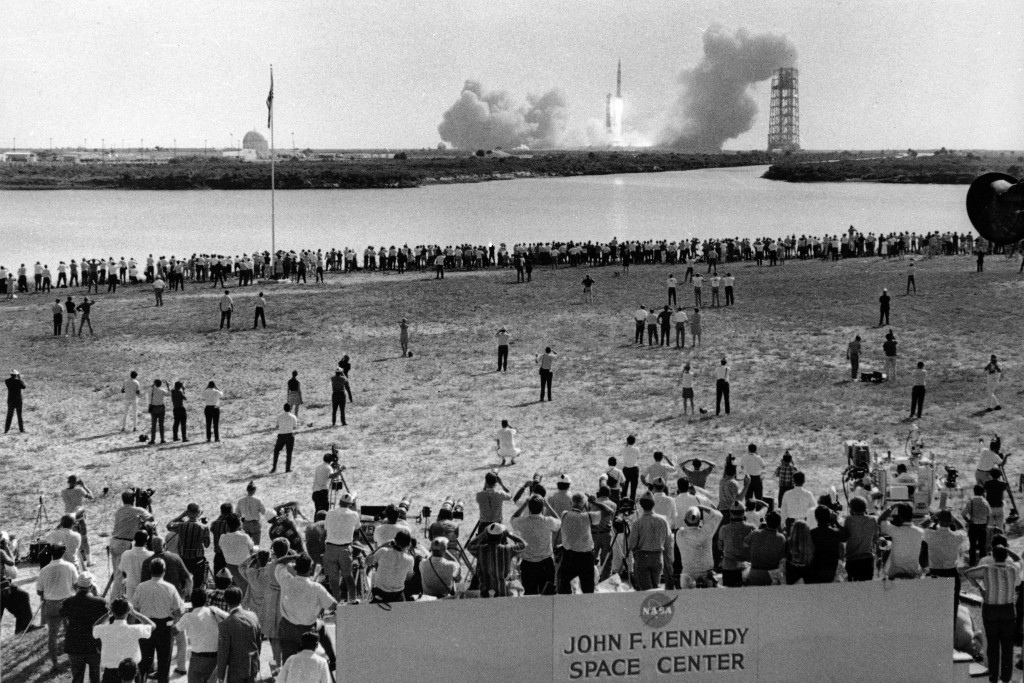 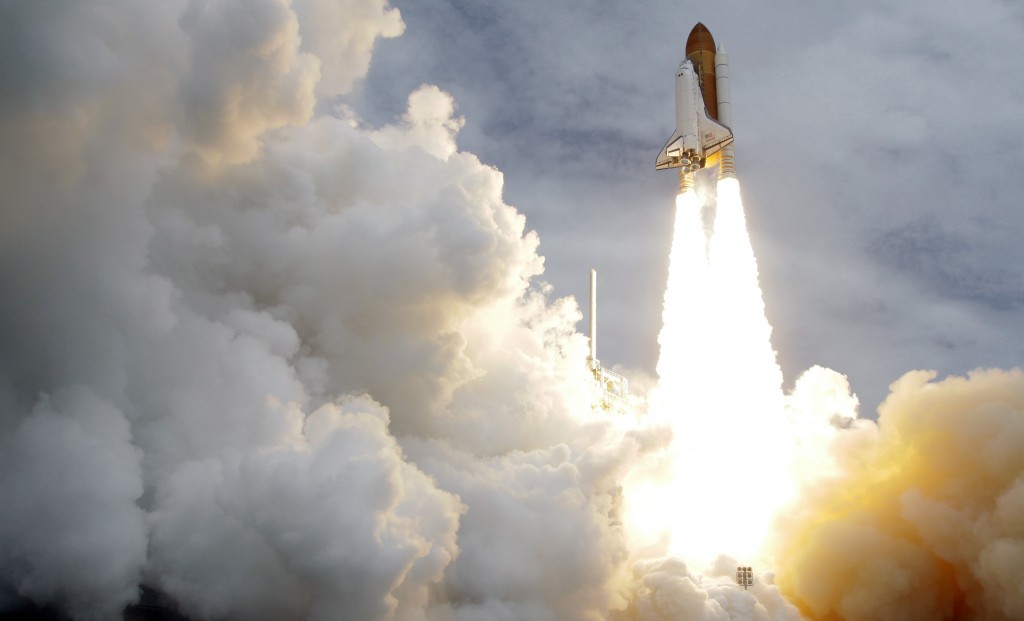 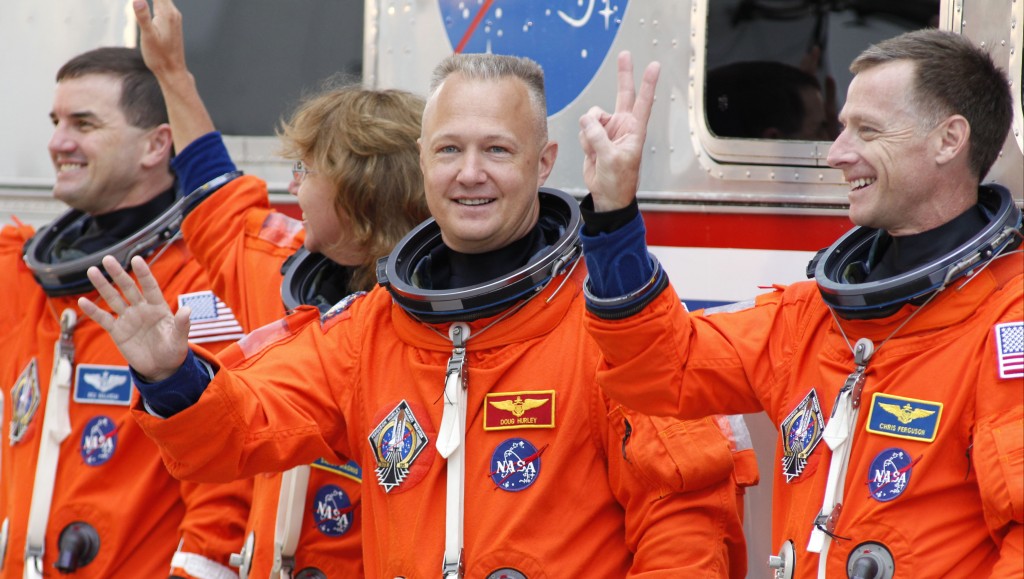 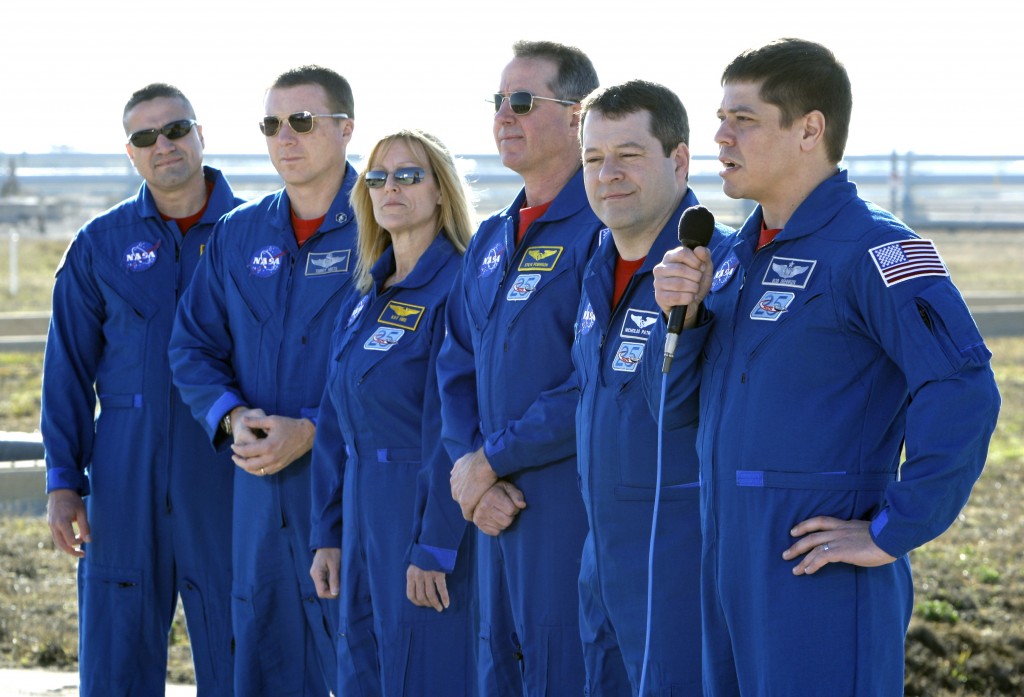 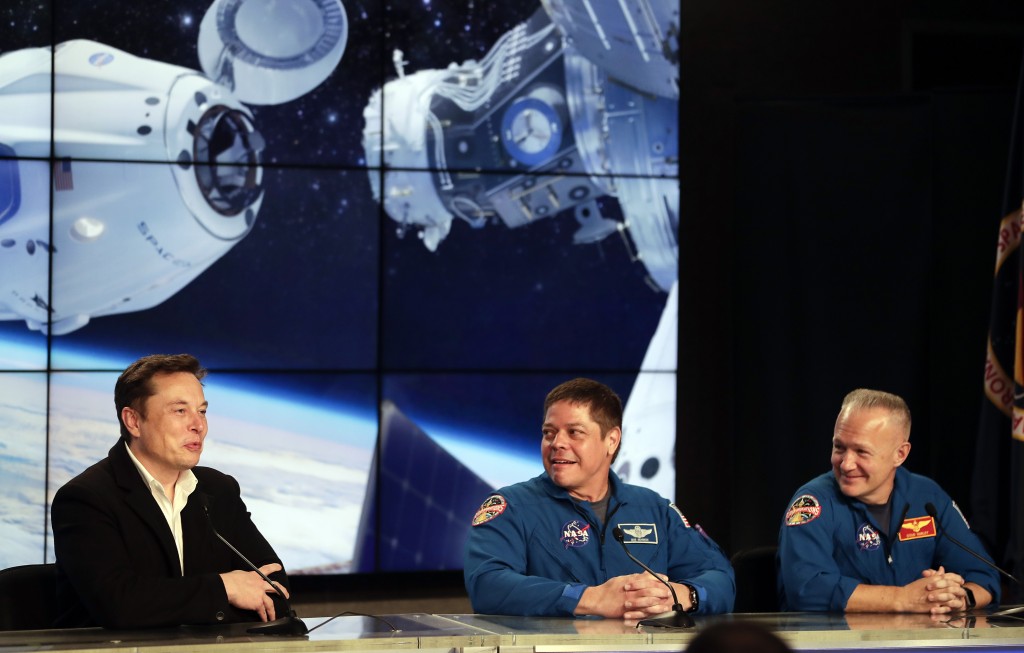 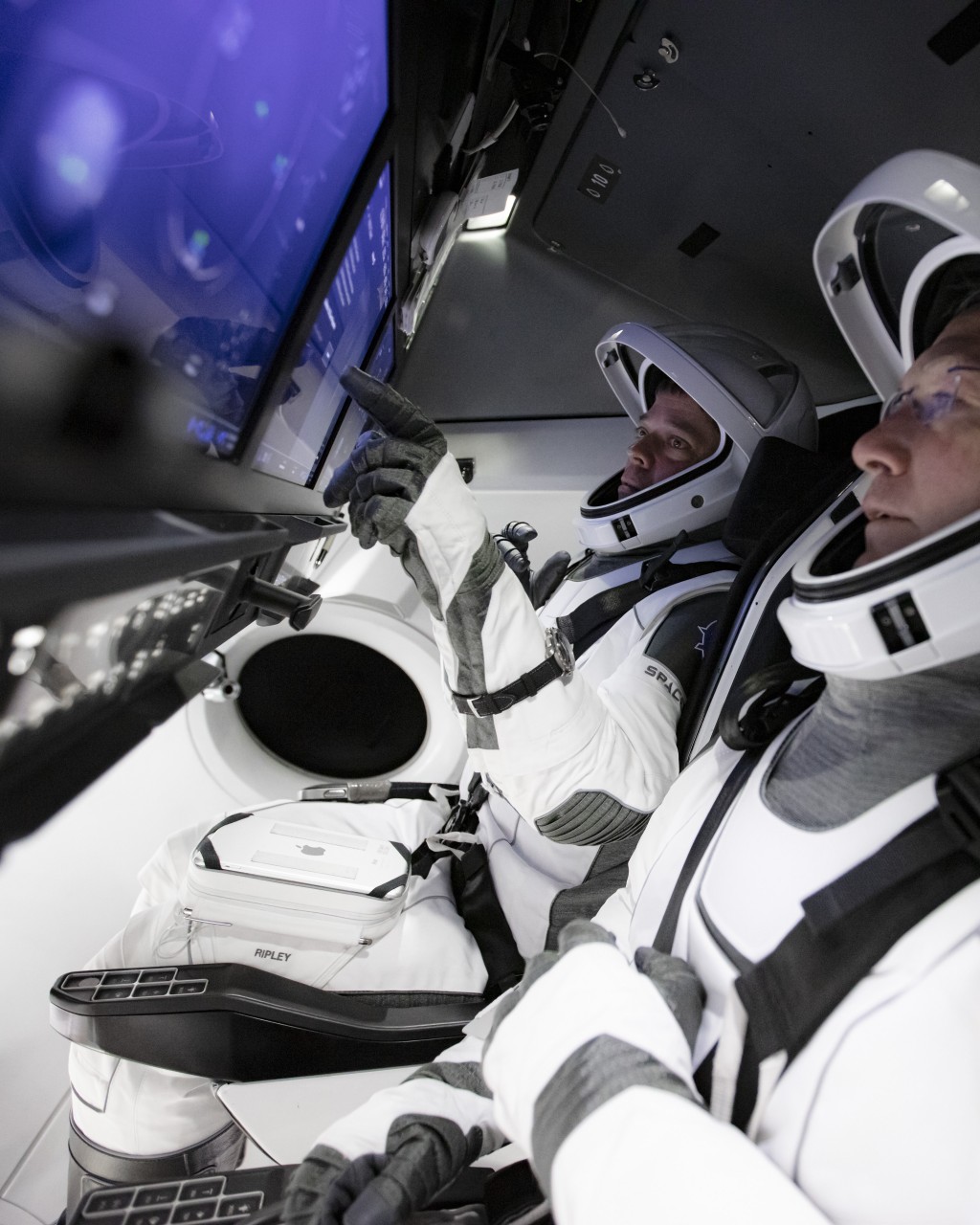 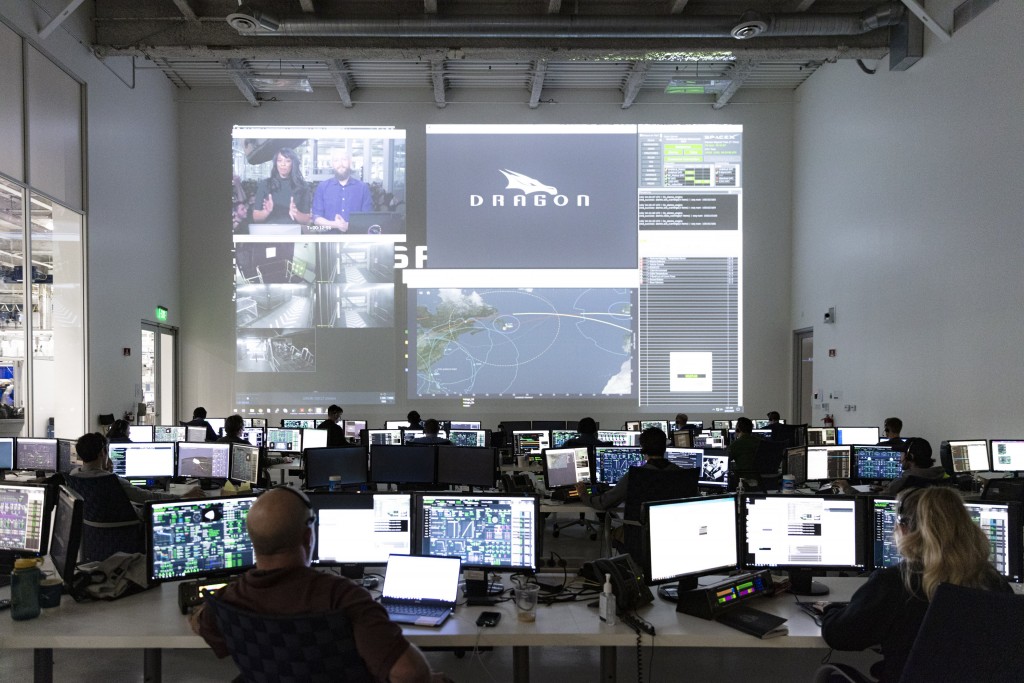 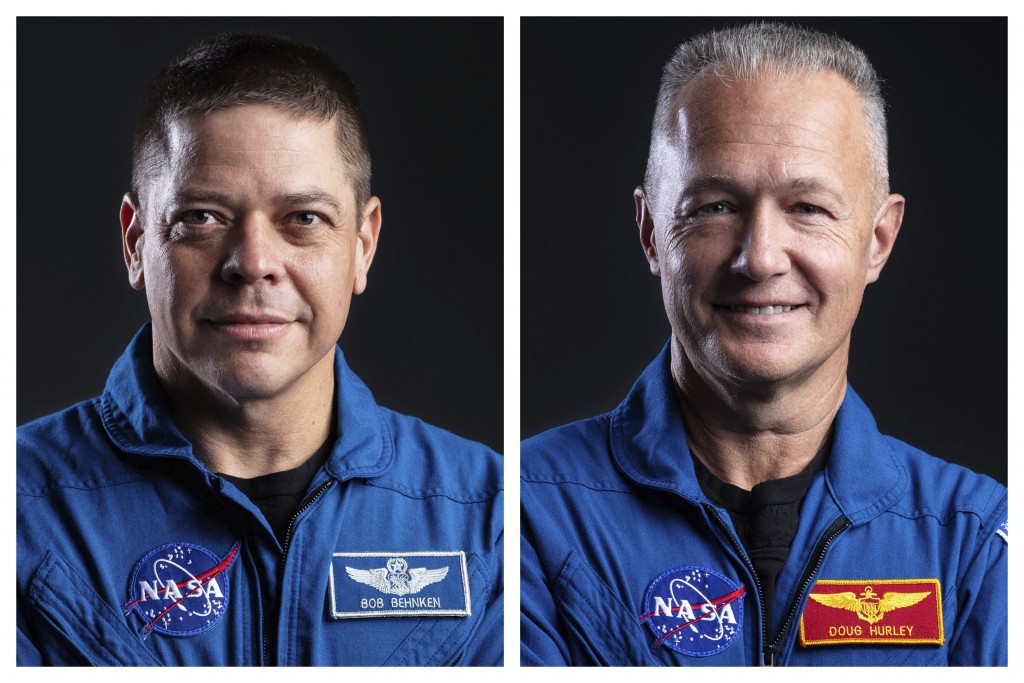 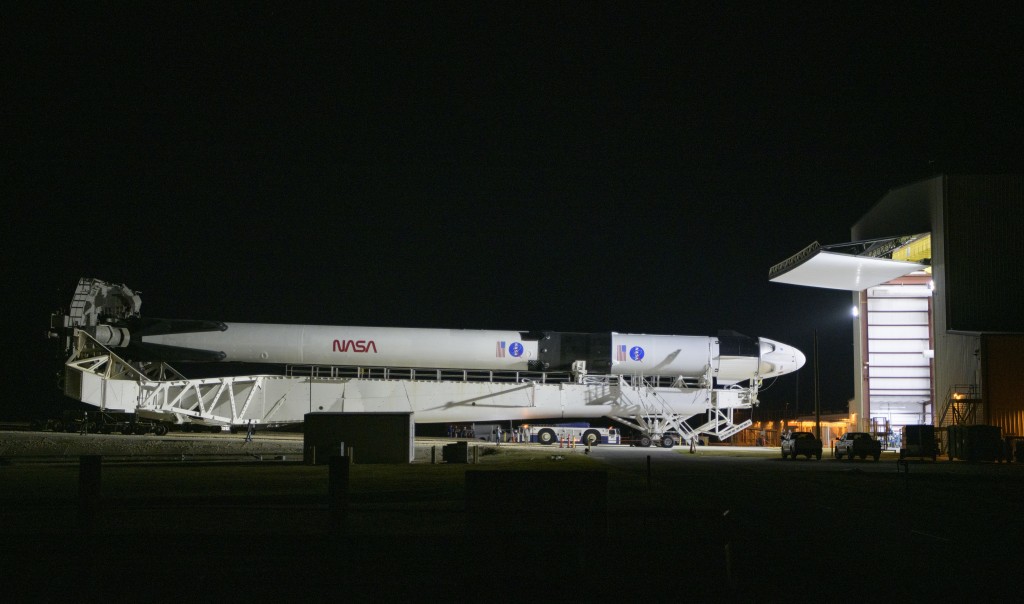 Elon Musk's SpaceX is the conductor and NASA the customer as businesses begin chauffeuring astronauts to the International Space Station.

The curtain rises next Wednesday with the scheduled liftoff of SpaceX’s Falcon 9 rocket and Dragon capsule with two NASA astronauts, a test flight years in the making.

The drama unfolds from the exact spot where men flew to the moon and the last space shuttle soared from Kennedy Space Center.

While Florida's Space Coast has seen plenty of launches since the shuttle's farewell tour in 2011 — even at the height of the coronavirus pandemic — they were for satellites, robotic explorers and space station supplies. The only route to orbit for astronauts was on Russian rockets.

NASA’s newest test pilots, Doug Hurley and Bob Behnken, are launching from home turf with SpaceX presiding over the countdown.

“Getting a chance again to see human spaceflight in our own backyard," Behnken said. “That’s the thing that’s most exciting for me.”

The cosmic-size shift to private companies allows NASA to zero in on deep space travel. The space agency is busting to return astronauts to the moon by 2024 under orders from the White House, a deadline looking increasingly unlikely even as three newly chosen commercial teams rush to develop lunar landers. Mars also beckons.

The Russian launch site in Kazakhstan is out of the way and out of sight. Launching crews again from Florida is sure to fire up the public, Logsdon noted.

Adding to the appeal is the flash generated by Musk, SpaceX’s chief executive, designer and founder who shot his red Tesla Roadster into outer space two years ago during the first flight of a supersized Falcon Heavy rocket.

In a touch of Musk showmanship — he also runs the electric car company — Hurley and Behnken will ride to the launch pad in a gull-winged Tesla Model X, white with black trim just like the astronauts’ spacesuits and the rocket itself.

"On more than one occasion he has looked both Bob and I right in the eye and said, ‘Hey, if there’s anything you guys are not comfortable with or that you’re seeing, please tell me and we’ll fix it.’” Hurley said.

While trumpeting the return of astronaut launches, NASA is urging spectators to stay away because of the pandemic. But beaches near Kennedy are now open, and the local sheriff is welcoming visitors even though inside the space center, the number of guests will be severely limited. Among the exceptions: both astronaut wives — who have flown in space themselves — and their young sons. Vice President Mike Pence, chairman of the National Space Council, is also going, and possibly President Donald Trump.

"It’s going to be a great inspiration to the country next week to see you two go aloft from the Kennedy Space Center,” Pence told the astronauts Tuesday.

It will be just the fifth time NASA astronauts strap into a spanking new U.S. space system for liftoff — following Mercury, Gemini, Apollo and shuttle. NASA owned and operated all those spacecraft, built by contractors to NASA's precise specifications. The commercial crew program, by contrast, calls for private businesses to handle and own it all, with input and oversight by NASA.

Only three countries have launched humans — Russia, the U.S. and China in that order — making SpaceX’s attempt all the more impressive.

“My heart is sitting right here,” SpaceX President Gwynne Shotwell said, pointing to her throat at a news conference earlier this month, “and I think it’s going to stay there until we get Bob and Doug safely back from the International Space Station.”

Hurley, 53, a retired Marine, and Behnken, 49, an Air Force colonel, will spend one to four months aboard the orbiting lab, currently down to a three-man, half-size crew. They’ll lend a hand with experiments and possibly spacewalks, before ending their mission with an Atlantic splashdown, a scene not seen for a half-century.

As liftoff looms, the two are hesitant to consider their place in space history. “It seems premature until we’ve pulled it off,” Behnken said.

NASA Administrator Jim Bridenstine said the U.S. needs its own access to the space station in order to take full advantage of the $100 billion lab — the sooner, the better, pandemic or no.

When shuttle Atlantis soared for the final time on July 8, 2011, with Hurley as the pilot under commander Chris Ferguson, NASA envisioned a gap of three to five years.

Ferguson now works for Boeing, the other company hired by NASA in 2014 to transport crews. Plagued with software problems, Boeing’s Starliner capsule is still a year from launching with Ferguson and two NASA astronauts.

While disappointed Boeing is trailing, Ferguson said he'll cheer Hurley and Behnken from the sidelines. The SpaceX duo will lay claim to a small U.S. flag that flew on NASA’s first and last shuttle flights, and was left on the station by Ferguson and Hurley for the first commercial crew to arrive.

“Regardless of who might get there first, it’s a win for America," Ferguson said

Crew Dragon made its debut early last year, launching successfully to the space station with a test dummy named Ripley after the “Alien” films' hardcore heroine. But the next month, the capsule exploded on the engine test stand at Cape Canaveral, a monumental setback.

Boeing’s Starliner capsule made its premiere last December with Rosie the mannequin, but ended up in the wrong orbit. Boeing will repeat the demo this fall, on its own dime, before putting Ferguson and the others on board.

Hale and others contend SpaceX and Boeing could be flying astronauts by now if Congress had provided more funding early on. The contracts with NASA are worth billions. NASA's inspector general has estimated the per-seat cost for SpaceX at $55 million, while the price of a Russian Soyuz seat has averaged $80 million in recent years. Boeing's Starliner will top that: an estimated $90 million a pop.

An earlier NASA test pilot, Robert Crippen, wishes at least one space shuttle had kept flying until a replacement was ready. The longest previous hiatus between astronaut launches stretched six years — from Apollo-Soyuz in 1975 to the shuttle’s debut in 1981 with Crippen and John Young.

Crippen also wishes the shuttle’s replacement was more futuristic-looking and landed on a runway.

The capsule has the familiar cone shape, but inside touchscreens replace the customary, countless switches. The walls are gleaming white, not dull gray. There’s even a curtained-off toilet.

It has built-in escape engines designed to fling the capsule off the rocket in an emergency, from the time Hurley and Behnken strap in until they reach orbit.

“This crew will have a good escape system,” Crippen said. “John and I had our ejection seats, but they wouldn’t have done much for us on liftoff," sending them straight through the rockets' trail of fire.

A capsule is generally simpler and thus safer than a winged spacecraft like the shuttle, Hurley and Behnken noted. In terms of launch power, the relatively small Falcon 9 has far less than the space shuttle did, another layer of safety.

But it’s still just the second flight of the crew capsule, and “the statistics will tell you that’s riskier than the 15th flight or 20th flight of the vehicle,” said Hurley, a former fighter pilot.

At the suggestion of its technicians, SpaceX added photos of Hurley and Behnken to every work order as a constant reminder that lives — not just freight — are at stake.

“I don’t think I need to remind my employees how important this is,” Shotwell, the company president, said. “They remind themselves.”