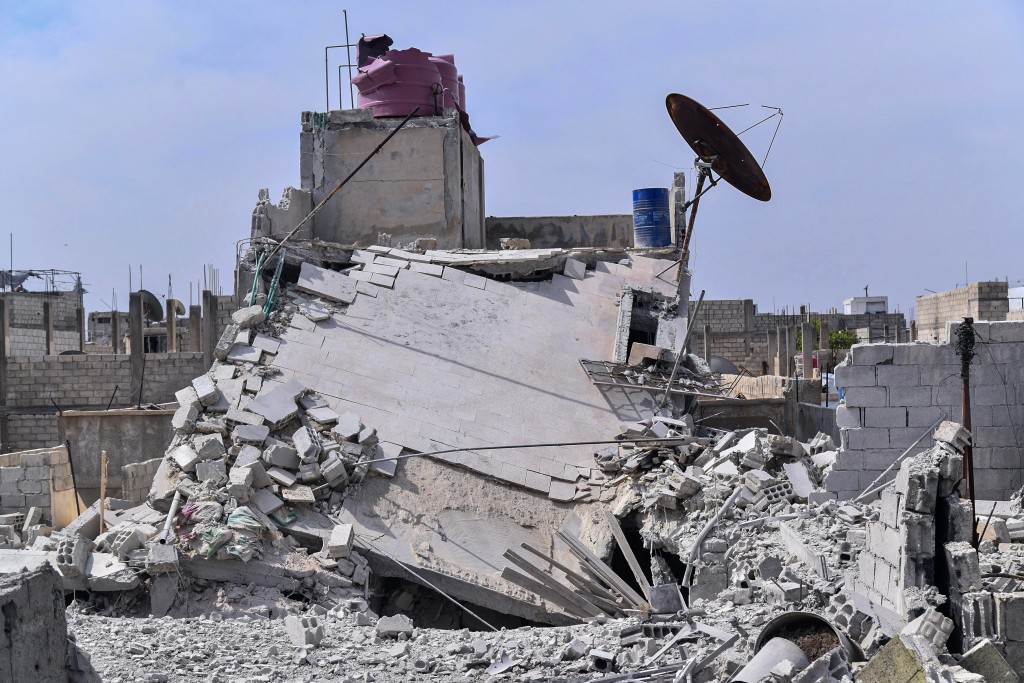 JERUSALEM (AP) — Iran is slowly pulling out of Syria in response to Israeli strikes, as well as growing domestic discontent linked to the economy and its handling of the coronavirus pandemic, the Israeli military said Thursday.

Israel and Iran have for years been engaged in a shadow war that has recently been playing out in Syria, where Israel says Iran has been boosting its military presence along the frontier. Amid the chaos of the Syrian civil war, Israel has carried out repeated strikes aimed at pushing back Iranian forces and preventing the transfer of advanced weapons to Hezbollah, the Iran-backed Lebanese militant group that is also fighting in Syria.

The Israeli military described the withdrawal as “a backward movement from various locations to other locations that are further away and in reduced numbers.” It said the movement was ”not massive, not overwhelming," but that it was also “undeniable.”

The military shared its findings in a briefing with reporters and said they were based on classified intelligence, without elaborating.

The military partly attributed the pullback to growing discontent in Iran, where the economy has cratered under U.S. sanctions and authorities have struggled to contain the deadliest coronavirus outbreak in the Middle East.

Israel and Iran have tangled in the open on a number of occasions in recent years, with the latest incident in November, when Israeli fighter jets hit multiple targets belonging to Iran’s elite Quds force in Syria following rocket fire on the Israeli-controlled Golan Heights.

Israel views Iranian entrenchment on its northern frontier as a red line, and it has repeatedly struck Iran-linked facilities and weapons convoys destined for Hezbollah.

Iran portrays its actions in Syria as support for an allied government battling terrorist groups, and says its support for Hezbollah is aimed at defending Lebanon from Israel, which occupied parts of southern Lebanon from 1982 until 2000. It rarely comments on the Israeli strikes.

The Israeli military also said it would be prepared to respond to any Hezbollah attack by striking homes, factories and other civilian infrastructure used by the group. The military said it had no interest in an escalation and believed the same was true for Hezbollah.

Iran has forces based in Syria, Israel’s northern neighbor, and supports Hezbollah militants in Lebanon. In Gaza, it supplies the militant Islamic Jihad with cash, weapons and training. It also supports Hamas, the Islamic militant group that rules the coastal territory.