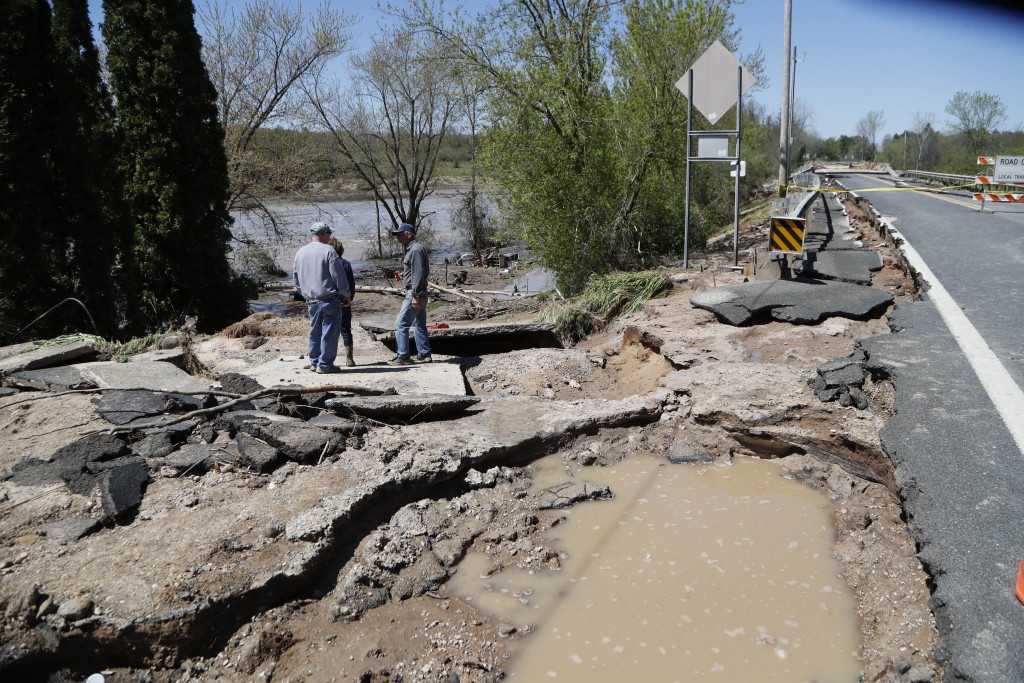 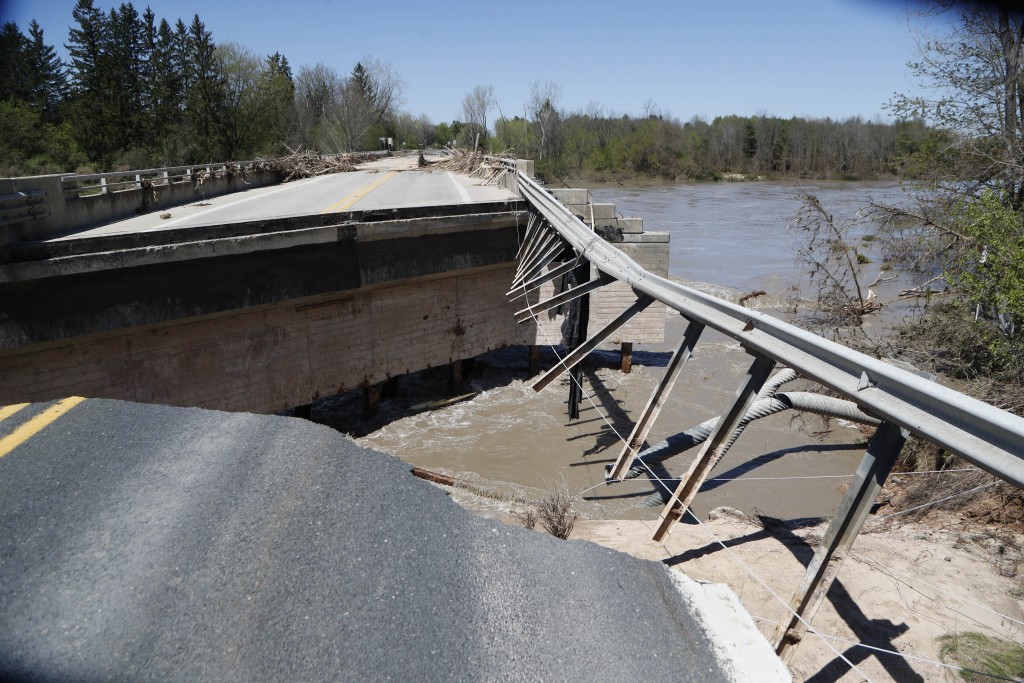 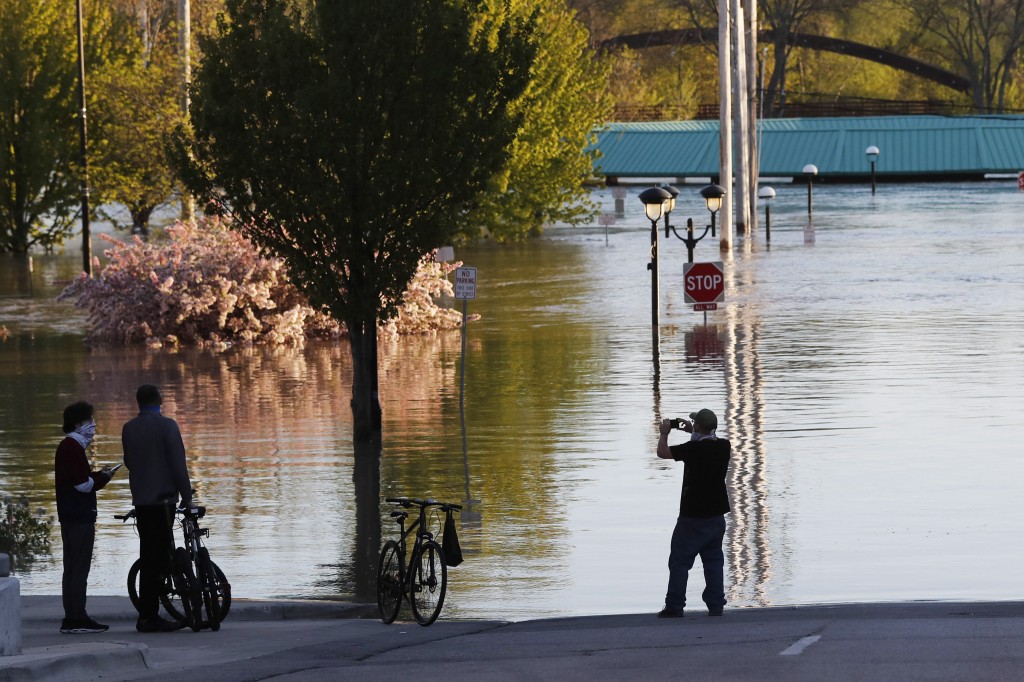 MIDLAND, Mich. (AP) — Authorities were assessing damage Thursday as floodwaters from heavy rains that overtook two dams retreated in some mid-Michigan communities and continued to threaten others further downriver.

The flooding forced the evacuation of about 11,000 people in the Midland area, about 140 miles (225 kilometers) north of Detroit. The floodwaters mixed Wednesday with containment ponds at a Dow Chemical Co. plant and could displace sediment from a downstream Superfund site, though the company said there was no risk to people or the environment.

Officials warned that the scope of the damage could take days to fully see. The nearly century-old Edenville Dam, which failed to hold back floodwaters, was the target of lengthy investigations by federal regulators, who revoked the facility’s license over safety violations two years before the flooding. Wixom Lake, which had been held back by the dam, was left nearly empty.

“You can see houses with water up to the roof line, you can see a lakebed that was drained out,” Gov. Gretchen Whitmer said Thursday morning during an appearance on “CBS This Morning."

“There’s no lake there anymore, because it’s all at the lower end of the river now. The water should start to recede now. But there’s no question that this is a devastating event.”

The National Weather Service said communities farther downstream were bracing for flooding in the coming days. A flood warning was in effect Thursday along the Tittabawassee River from Midland downstream into Saginaw, and flooding in that area was possible through the weekend.

Residents near the Tittabawassee River were urged this week to seek higher ground following what the National Weather Service described as “catastrophic dam failures” at the Edenville Dam, about 20 miles (32 kilometers) northwest of Midland, and the Sanford Dam. Officials have said the Sanford Dam was overflowing but that the extent of structural damage isn’t yet known.

No injuries have been reported.

Dow said the containment ponds held only water, and it has detected no chemical releases from the plant in Midland where the company was founded, though the U.S. Environmental Protection Agency said state officials would evaluate the plant when they’re able. Once the flooding recedes, Dow will be required to assess the Superfund site — contaminated with dioxins the company dumped in the last century — to determine if any contamination was released, the EPA said.

Michigan has been a national hot spot for COVID-19, with more than 52,000 cases and 5,000 deaths, but Midland County has had fewer than 80 cases and under 10 deaths. Still, residents were advised to take precautions and schools set up as shelters spaced cots to adhere to social distancing guidelines.

The flooding washed away some roadways, and left others impassable. Selina Tisdale, spokeswoman for the city of Midland, said roads must be inspected for damage that could make traveling along them hazardous.

“We’re working to get information to folks on when they can return to their houses, but stress that a lot of infrastructure gets compromised," Tisdale said.