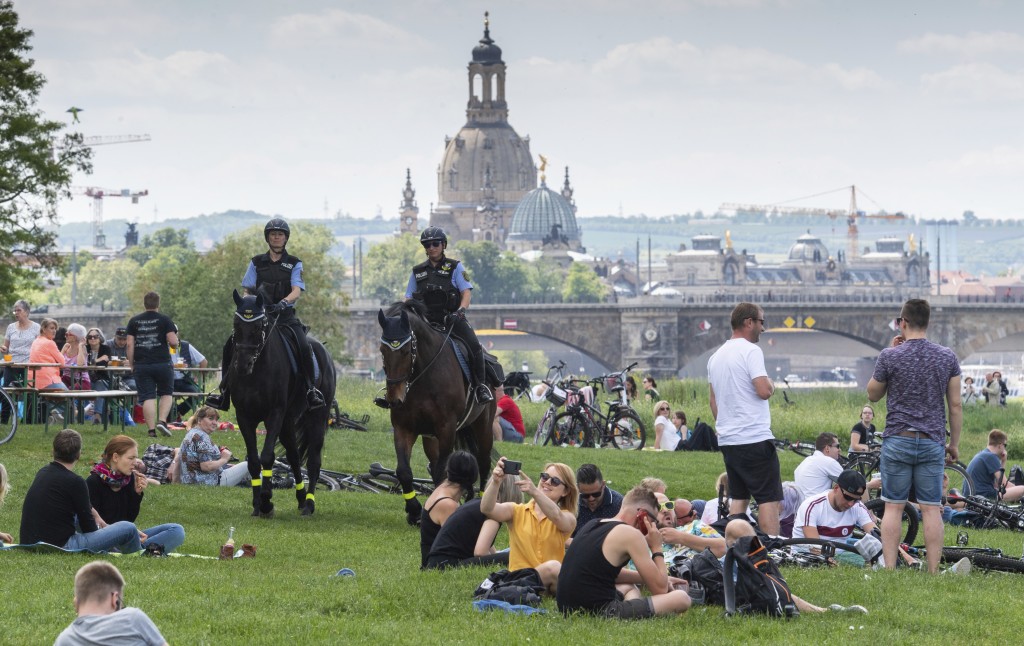 The already quarantined second-division club said on its website that the latest case of COVID-19 was found in a fifth wave of testing that was conducted on Wednesday. Another “category one” close contact of its coaching staff also tested positive.

The player, staff member and staff member’s contact person were to go into quarantine at home for 14 days.

Dresden’s entire team was ordered by local health authorities into 14 days of quarantine on May 9 after two players tested positive for the virus, bringing its total to three.

The club said Thursday that all three players who previously tested positive were cleared in the fourth and fifth wave of testing, and that they and the rest of the team will be able to resume training on Saturday.

“It shows that the Dresden health department acted absolutely responsibly and correctly with the much discussed measure of quarantining our team at home, because it enabled us to break the infection chain at an early stage,” team doctor Onays Al-Sadi said. “We had to expect that further cases would come to light in the fifth series of tests.”

Dresden was scheduled to play at Hannover last Sunday but couldn’t participate because of the quarantine order. That game was rescheduled for June 3.

Dresden is now scheduled to resume play on May 31 at home against Stuttgart.

As of Thursday, Germany had reported almost 180,000 positive results for the virus with more than 8,000 deaths, according to a tally by Johns Hopkins University.