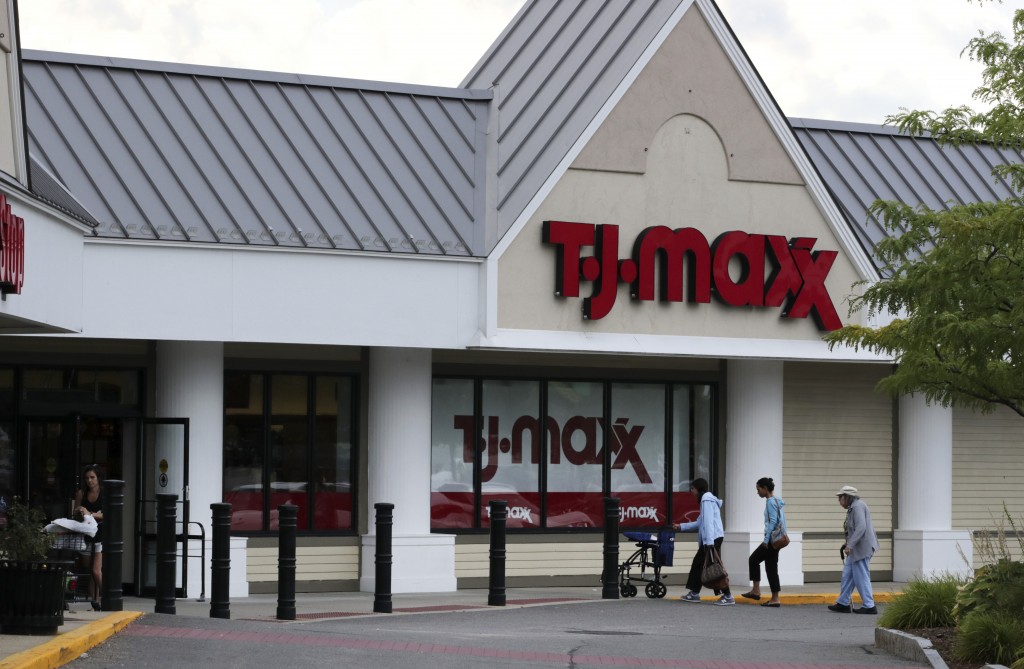 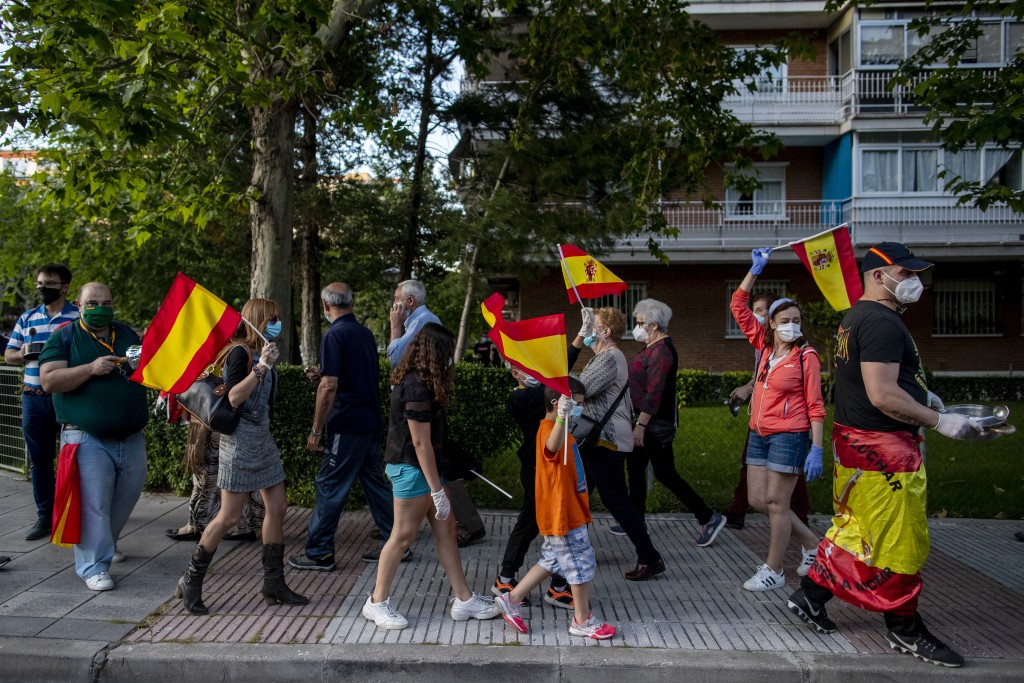 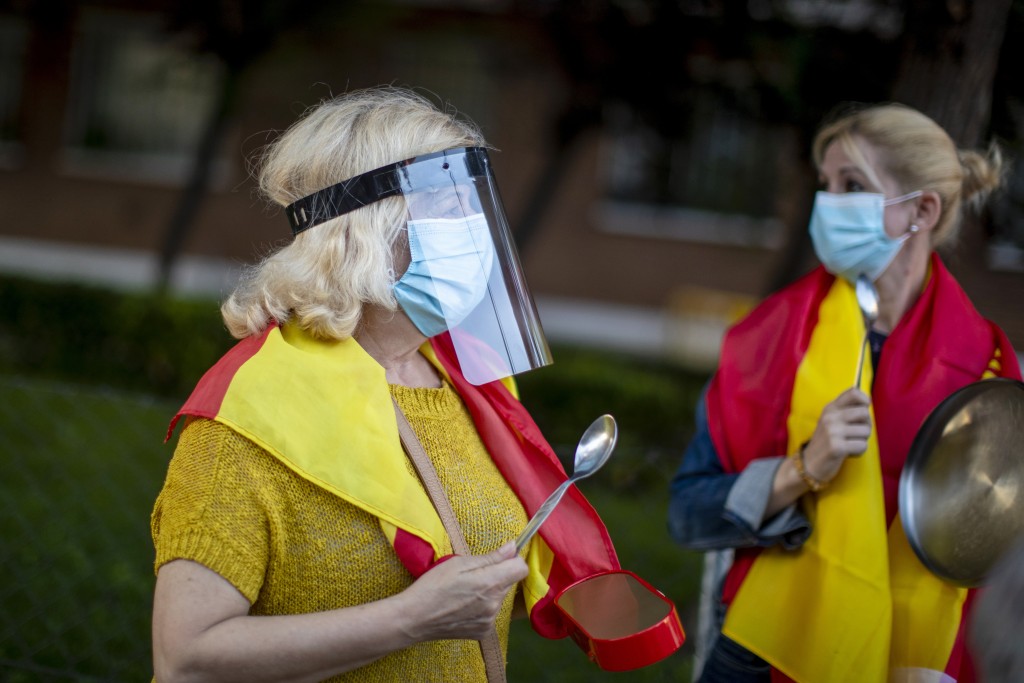 The outbreak of the coronavirus has dealt a shock to the global economy with unprecedented speed. Following are developments Thursday related to national and global response, the work place and the spread of the virus.

RETAIL ROUNDUP: Macy’s warns it could lose more than a $1 billion during its fiscal first quarter. The chain began to reopen stores earlier this month and expects most stores to be open in mid-June.

— Discount retailer TJX has reopened more than 1,600 of its stores worldwide to date. The company has fully or partially reopened in 25 states. TJX Canada began reopening stores in some provinces this week, and stores in Germany, Austria, Poland, the Netherlands and Australia are fully open. Stores in the U.K. and Ireland remain closed.

TJX Cos. expects to continue reopening stores globally in a phased approach as more states and countries reopen retail businesses. The company believes that it could be mostly reopened by the end of June, based on current government guidance.

— Best Buy managed to keep approximately 81% of last year’s sales during the last six weeks of the first quarter via its curbside service. The electronics and appliance retailer started opening some of its stores earlier this month. It currently has nearly 700 stores, or approximately 70%, that are open using a new consultation service where customers can come into the store by appointment only.

SUPPLY & DEMAND: Redfin says 41% of U.S. home bids faced competing offers in the four-week period ended May 10. The company considers a home as part of a bidding war if it receives more than one offer. Redfin says the virus contributed to limited inventory. The most competitive housing markets included Boston, San Francisco and Fort Worth, Texas.

OPENING UP: Serbia’s national carrier Air Serbia has resumed commercial flights. The first flight on Thursday after the lockdown was to Zurich. It will be followed by two more flights to Zurich later in the day, and two more for Frankfurt. Officials say full resumption of flights will depend on other airports and countries which are slowly reopening. Air Serbia is partly owned by Etihad Airways. The carrier says it will resume flights to New York on June 6.

— The top official in charge of easing Spain’s lockdown says that the country will reopen to foreign tourists in July, once the safety of both locals and visitors can be guaranteed. Environment and Energy Minister Teresa Ribera has told EFE news agency that rebounds of the outbreak in China, South Korea and Singapore have been associated with imported infections. Tourism contributes 12% of Spain’s 1.24 trillion-euro ($1.4 trillion) gross domestic product.

— Austria is preparing to cautiously open its doors for the summer tourist season. Chancellor Sebastian Kurz said Thursday that people from countries, like Germany, where the coronavirus situation has stabilized could count on holidays with “maximum safety and maximum enjoyment” this summer.

There’s already an agreement in place with Germany, Liechtenstein and Switzerland to open borders fully next month. Kurz is optimistic similar understandings can be reached with Austria’s eastern neighbors in the coming week. He says negotiations are also underway with Austrian Airline’s parent company Lufthansa for holiday flights.

BACK TO SCHOOL: Cyprus is lifting most restrictions of a two month-long stay-at-home order, allowing primary school kids to return to classes and hair salons and outdoor cafeterias to reopen. Under the phased lifting of the restrictions, sunbathers can go to the east Mediterranean island’s beaches and the faithful can attend services at churches, mosques and other places of worship as of May 23. Libraries, museums, archaeological sites and ports reopen June 1, although cruise ship passengers won’t be permitted to disembark.

By sector, exports were lower in vehicles, machinery, chemicals and textiles. Imports edged down in iron and steel products, fish, cereal and computer parts. The drop in exports is the worst since the financial crisis more than 10 years ago.