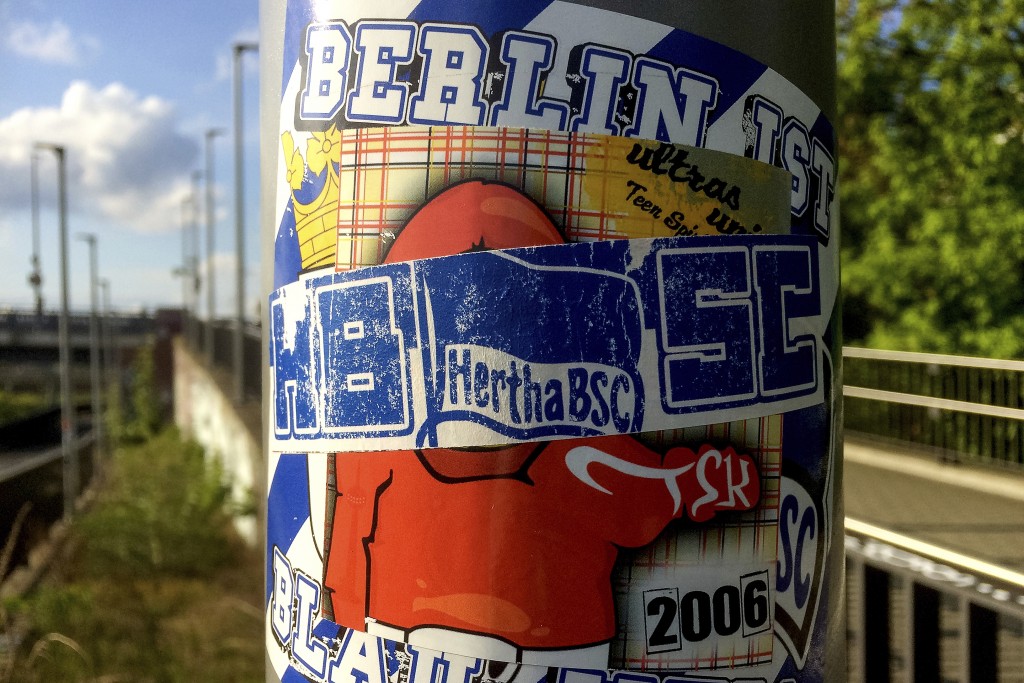 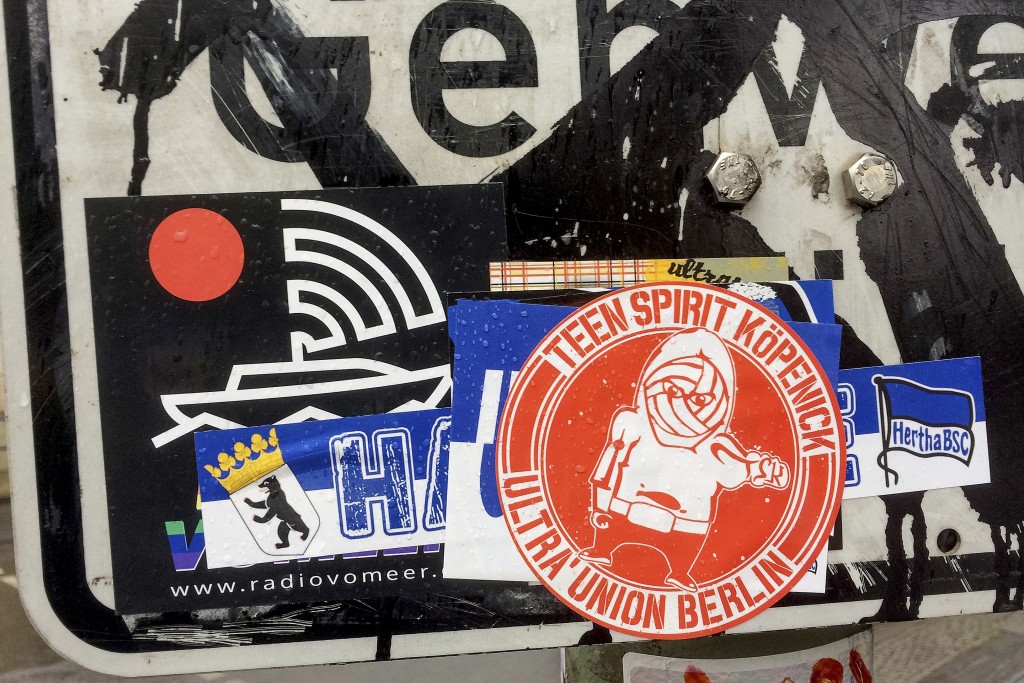 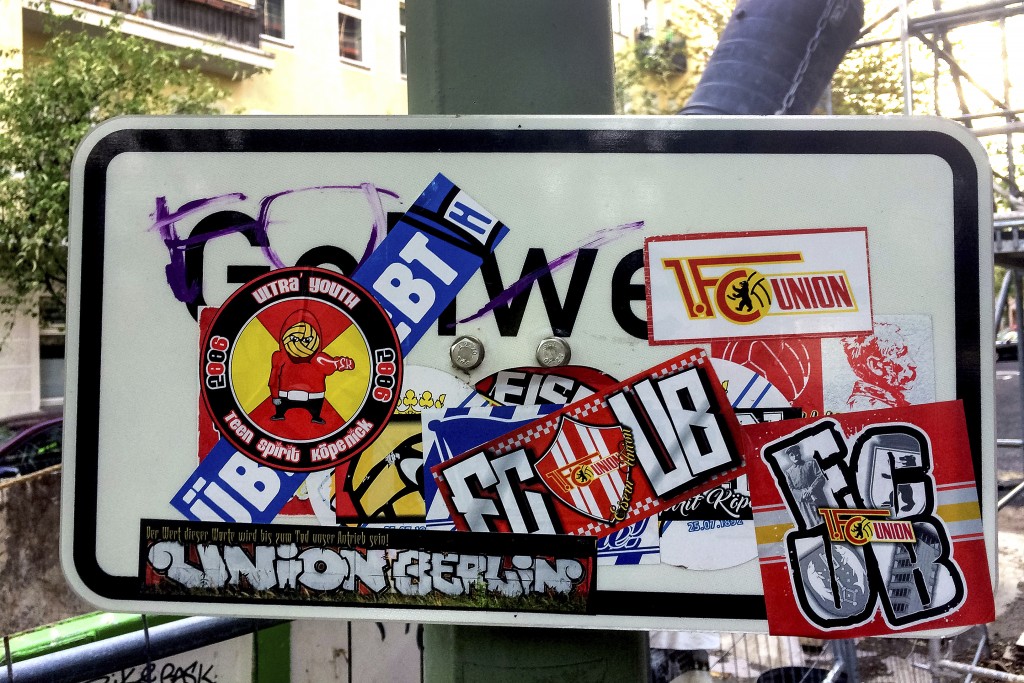 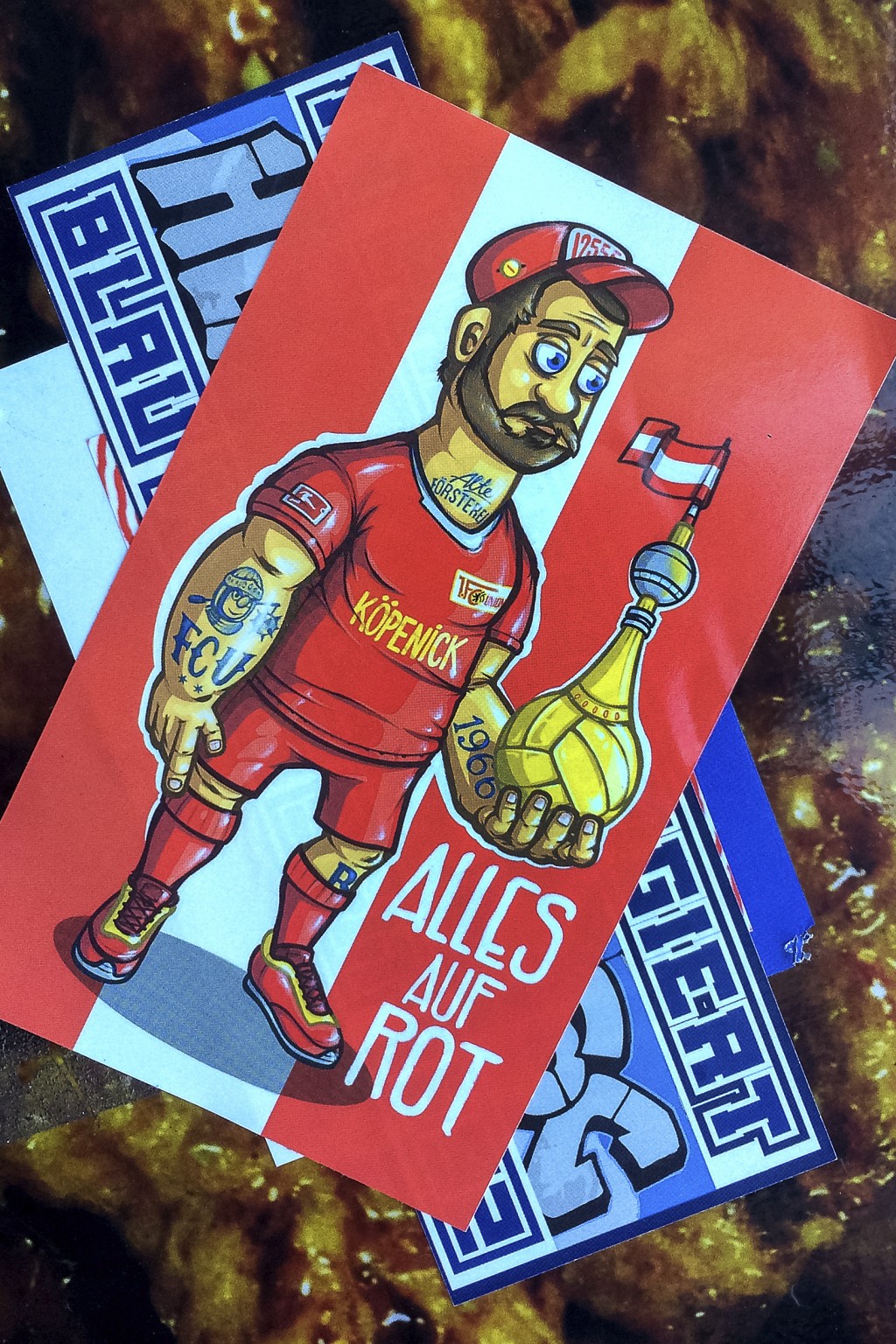 BERLIN (AP) — The unofficial Berlin derby has been going on for months, with fans of rival soccer clubs Hertha and Union decorating the city’s lampposts, road signs, transit stops and more with stickers in their respective team colors.

The official derby is finally coming on Friday, two months after the Bundesliga match between the local rivals was postponed because of the coronavirus outbreak.

The battle for sticker supremacy initially broke out after Union was promoted to the first division last May, but it escalated dramatically ahead of their second meeting of the season. The match was originally scheduled to be played at the Olympiastadion, Hertha’s home ground, on March 21.

The postponement didn’t stop rival fans from attempting to paint the town blue and white (Hertha) or red and yellow (Union). If anything, it may have encouraged them because they had no other way to show their support.

Friday’s match will again be played in an empty stadium, just like every game last week when the Bundesliga resumed its season.

“It’s not the derby that we all were hoping for — in front of a sold-out house with all the fan groups,” Union defender Florian Hübner said in a video conference call. “It will be very different. But we as a team know exactly what’s at stake.”

Normally, up to 75,000 fans would have attended the match.

The first derby between the teams in the first division in November was marked by crowd disturbances in Union’s small stadium in the eastern borough of Köpenick. Hertha is based in the western part of the formerly divided city.

That game was suspended and almost called off after fireworks lit by Hertha fans landed on the field. Union players Rafal Gikiewicz, Keven Schlotterbeck and Christopher Lenz stopped their own mask-wearing fans from reaching their counterparts after the game, preventing the volatile situation from spiraling into violence.

About 1,100 police officers were on duty for the game, which Union won 1-0 after a last-minute penalty from Sebastian Polter.

The return match should be a lot quieter with no fans allowed in.

There had been doubts about whether the game would be broadcast on TV because of a dispute over rights, but it was confirmed Thursday that streaming service DAZN would show the derby and the season’s remaining Friday games.

Bars and clubs remain closed in Berlin because of coronavirus restrictions, but cafés and restaurants can open under strict conditions, meaning some fans might be able to get together in small numbers. Most are expected to watch at home.

“We want a sporting competition on the field, and assume that all supporters who would like to be there will follow the game at home,” Preetz said.

It will be Hertha’s second game under Bruno Labbadia, the club’s fourth coach of a chaotic season. Hertha has rarely been out of the headlines since investor Lars Windhorst pumped $250 million into the club for a 49.9% stake.

Labbadia won his first match at Hoffenheim 3-0 last weekend, moving a point above Union in the standings. Union lost at home to Bayern Munich 2-0 on Sunday, when Union coach Urs Fischer was absent because of a death in his family.

Fischer will return for the derby and for the chance to be “Stadtmeister” (city champion) for the second time this season.

“For me though, the overriding priority remains league survival. Friday is also about three very important points for us to reach this goal. We have 30 points now, that won’t be enough at the end of the season,” Fischer said. “A win against Hertha would help us a lot to achieve our goal. If we managed both it would be even nicer.”