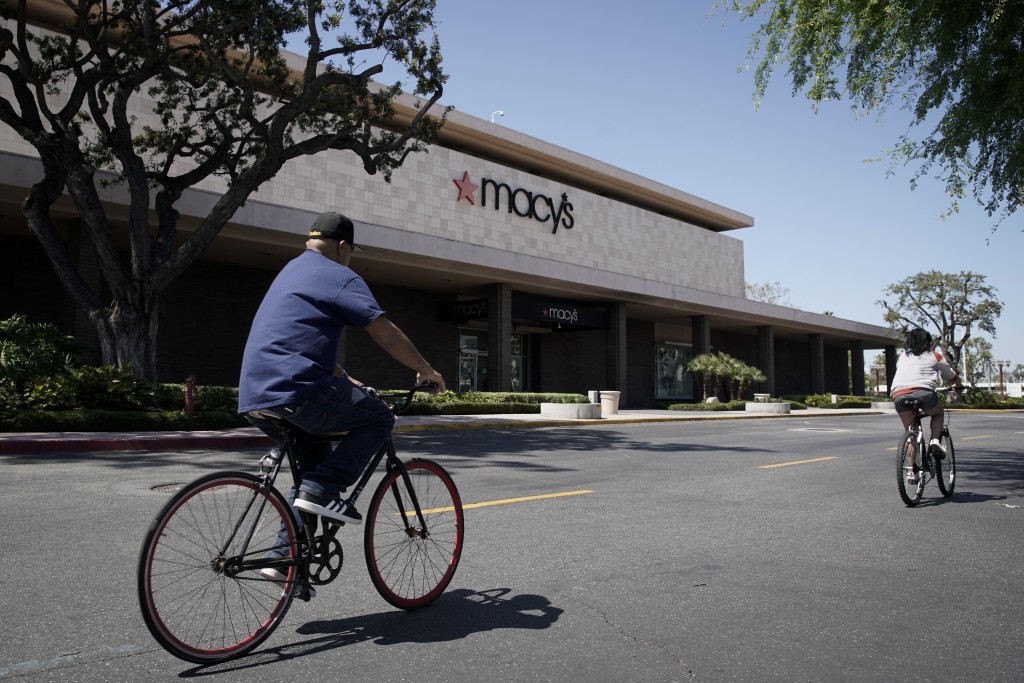 NEW YORK (AP) — Macy’s is warning that it could lose more than a $1 billion during its first quarter after the coronavirus pandemic paralyzed retail operations nationwide.

Sales, the New York department store said in a preliminary report Thursday, could plummet to around $3 billion, down 45% from the $5.5 billion in sales booked just a year ago.

Macy's had a profit of $203 million in last year's first quarter, which ends on May 2.

Macy's began reopening its stores on May 4 and, as of this week, about 190 Macy’s and Bloomingdale’s stores were open in one form or another. It expects another 80 Macy’s stores to open for Memorial Day weekend. It expects all of its 775 stores, including Bloomingdale’s, Bluemercury and its major flagships in Manhattan, to open in about a month.

CEO Jeff Gennette said customer demand has been moderately higher than anticipated in the two weeks since the company began reopening stores.

Earlier this month, Gennette said that he expected the reopened stores would generate less than 20% of their typical activity.

Department stores like Macy's were struggling before the spread of COVID-19, and the pandemic has made the situation more more dire.

Macy's has acknowledged that it will emerge from the pandemic a “smaller" company. It confirmed Thursday that it is searching for additional financing to continue operations.

The company will release more details about its quarterly performance early next month.

Kohl's said this week that sales had slumped more than 40% and it lost money in its first quarter.