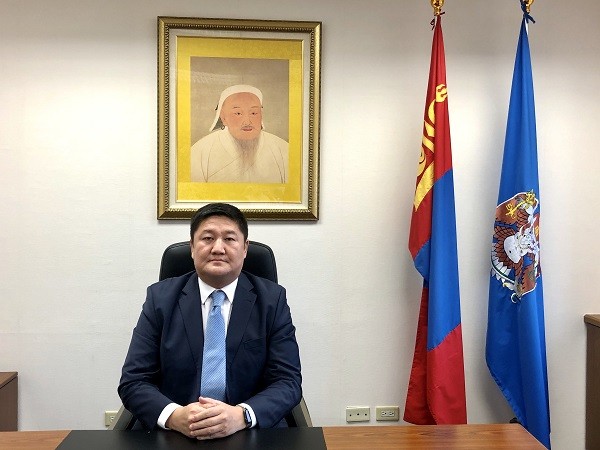 TAIPEI (Taiwan News) — Despite the distance and limited trade figures between the two countries, Mongolia is a crucial partner for Taiwan due to its abundant metal resources; however, for a country that once built the largest empire in Eurasia, it remains remarkably mysterious to many Taiwanese.

Each year, Taiwan imports millions of dollars worth of copper and alloys from Mongolia as well as produce and textiles. In return, Taiwan exports electronic devices for telecommunications and high-tech machinery for manufacturing to the country. The total trade figure surpassed US$41 million in 2018 — a number that heralded tremendous potential for future growth.

According to the representative from the Ulaanbaatar Trade and Economic Representative Office in Taipei, Lkhagvasuren Zolzaya, around 5,000 Taiwanese visited Mongolia in 2019; currently about 90 percent of the Mongolians in Taiwan are students. Although a visa-waiver program has not yet been established, the Mongolian side is supportive of any measures that might facilitate increased travel between the two countries.

Zolzaya believes the iconic, borderless pasturelands, which account for three-quarters of Mongolia, will be an incredible attraction for Taiwanese tourists. Compared to Taiwan, where mountains are always on the horizon, Mongolia is a massive plateau, with an average elevation of about 1,580 meters above sea level.

Its bountiful produce, including the famous sea buckthorn fruit — which Mongolians like to claim can prevent heart disease, boost the immune system, and even treat obesity — is another treasure awaiting Taiwanese visitors.

As Taiwan's health system and advanced medical technology have allowed it to handle the COVID-19 outbreak, Zolzaya believes these strengths can not only benefit Taiwan's international partners, such as Mongolia, but also strengthen the island nation's relationships with them as well.