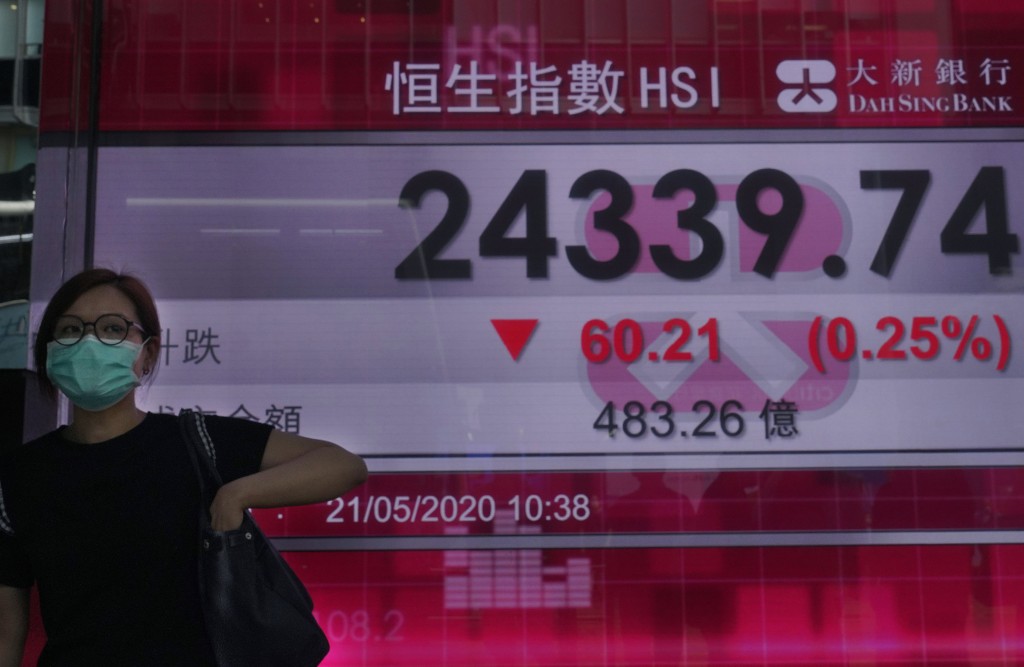 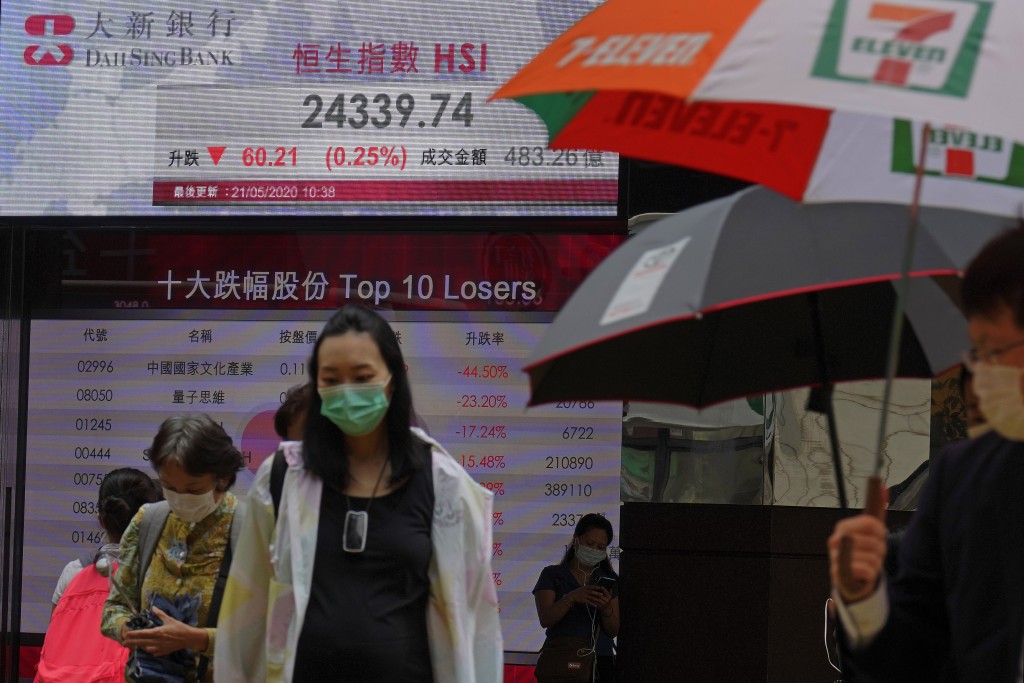 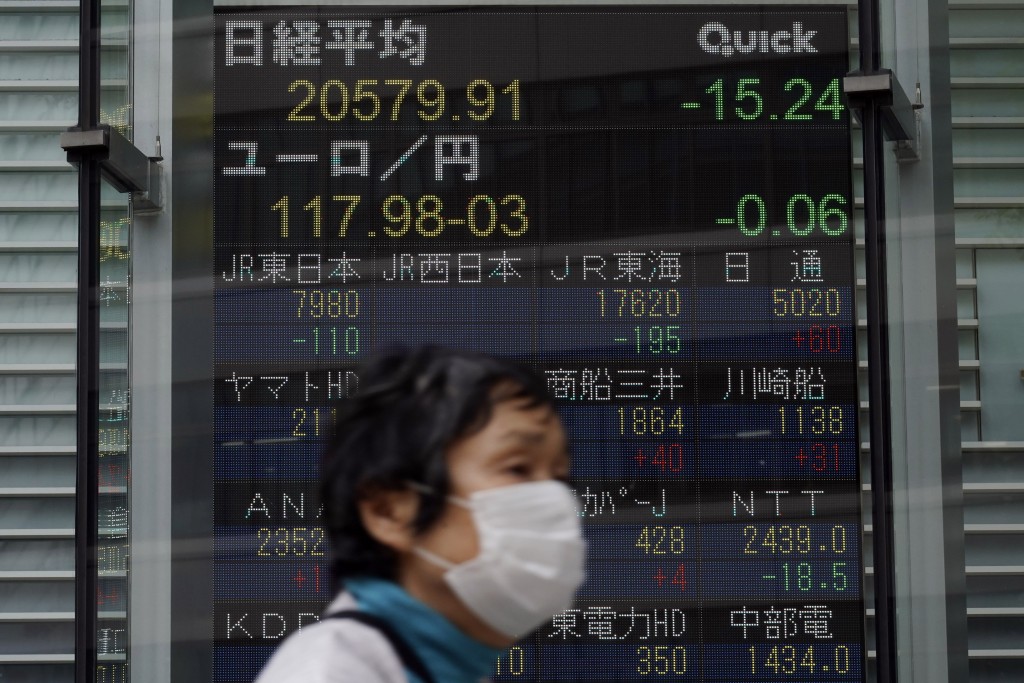 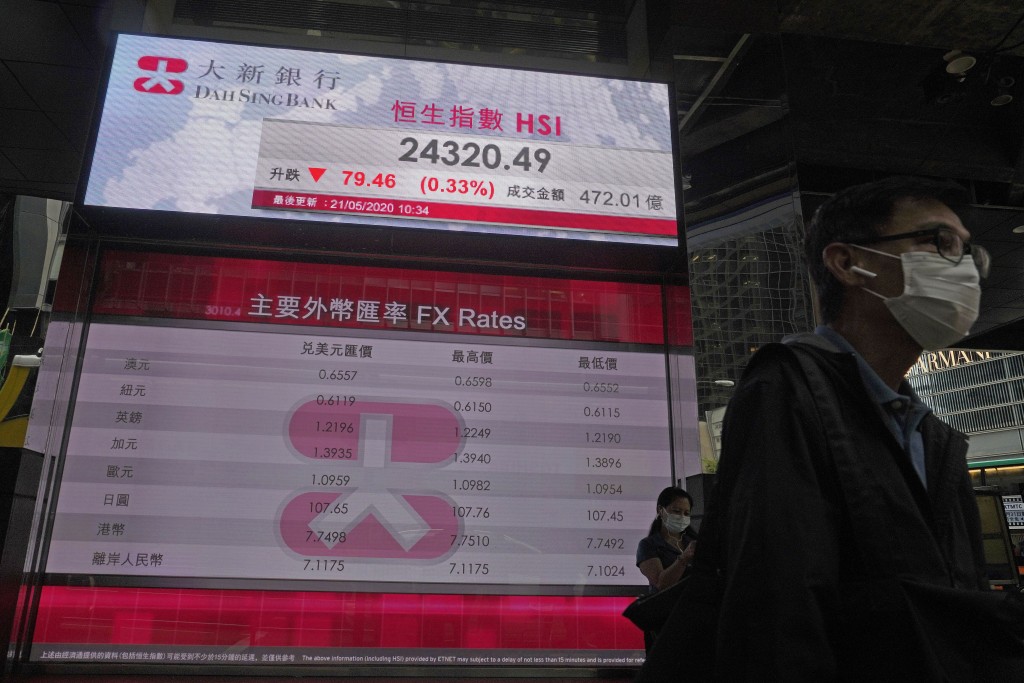 Investors were looking ahead to Friday’s meeting of China’s legislature for details of possible new steps by Beijing to stimulate its virus-battered economy.

Benchmarks in Tokyo, Shanghai and Seoul swung between gains and losses. Australia was little-changed while India opened higher.

Investors are optimistic about the global outlook despite mounting infection numbers in the United States, Brazil and other countries. But China's conflicts with Washington and Australia over the coronavirus, trade and Beijing's technology ambitions are adding to uncertainty.

China has blocked beef imports from four Australian suppliers in possible retaliation for Australia’s support for an investigation into the origin of the coronavirus pandemic. Meanwhile, the Trump administration has stepped up a feud over Beijing’s industrial ambitions by tightening controls on use of U.S. technology by tech giant Huawei.

“Risk is not firing on all cylinders this morning as Asian investors are trying to make heads or tails of the recent China trade spats with the U.S. and Australia,” said Stephen Innes of AxiCorp in a report.

U.S. stocks have been spurred higher by hopes for a potential vaccine and optimism the economy will recover in the second half as businesses reopen and stay-at-home orders are relaxed.

Investors are looking to Premier Li Keqiang’s appearance before China’s ceremonial legislature for details of Beijing’s spending plans to speed up economic recovery.

China was the first economy to begin reopening in March but has yet to joint the United States, Japan and other major governments in announcing stimulus spending plans. Chinese manufacturing has rebounded but consumer spending, the main growth driver, is weak.

Forecasters expect Beijing to channel extra money into job-creation efforts to head off a surge in unemployment and put money in consumers’ pockets.

“Renewed trade tensions between the U.S. and China could weigh on markets in the coming months,” said Esty Dwek of Natixis IM in a report. “Higher volatility is likely, especially as ‘tough on China’ will clearly be a large part of Trump’s re-election campaign.”

Also Thursday, Korea’s government reported trade fell 20.3% in the first 20 days of May from the same period a year earlier, compared with a April's 26.9% decline.

Japan reported its exports fell 22% in April from the year before while imports skidded 7% as the pandemic hit demand for autos, chemicals and machinery.

The price of oil has made a comeback this month as producing nations cut output and the gradual reopening of economies drove up demand. Crude started the year at about $60 a barrel but plummeted as demand sank due to travel and business shutdowns.