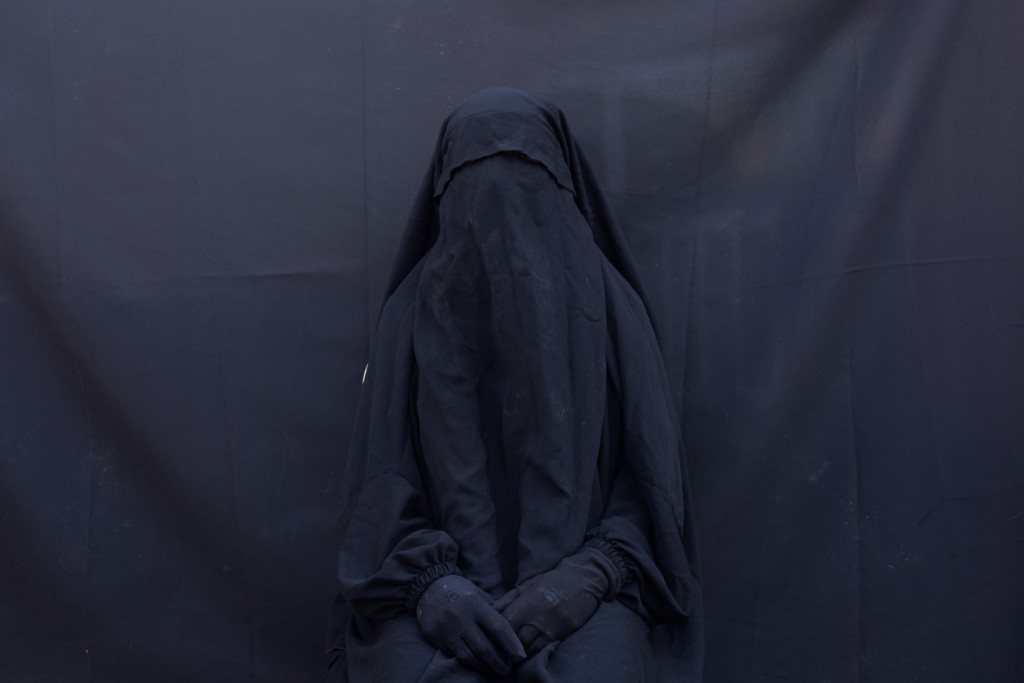 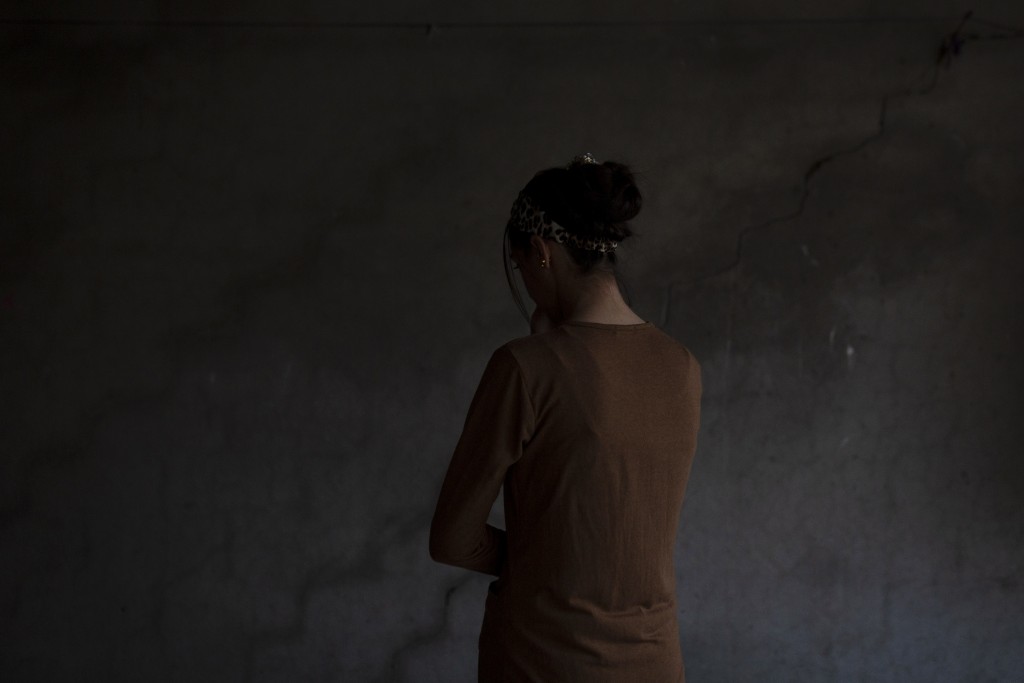 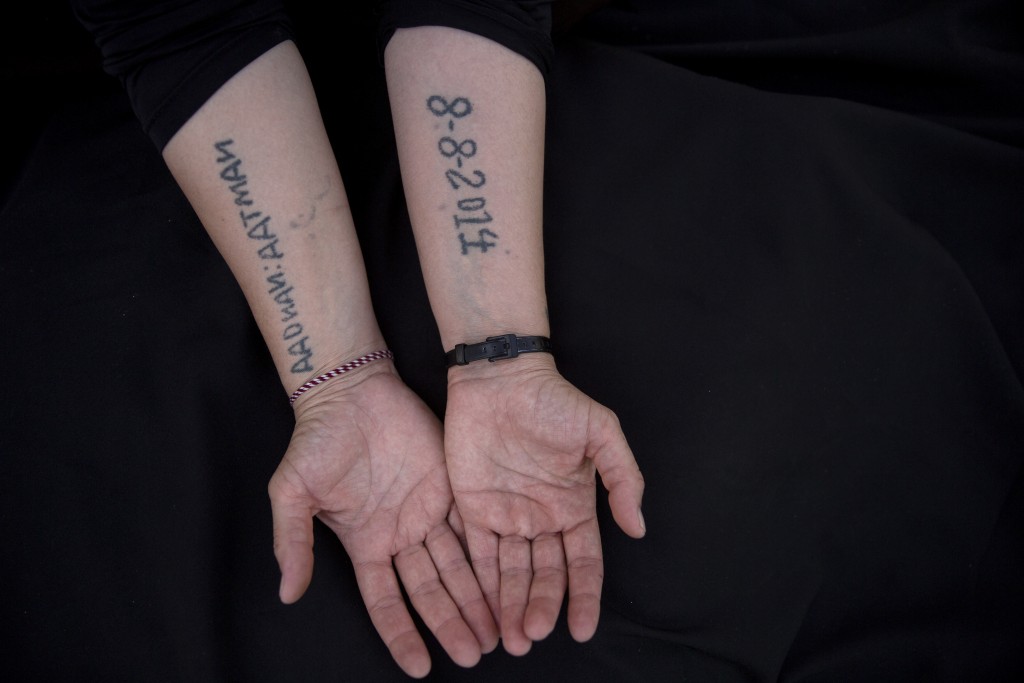 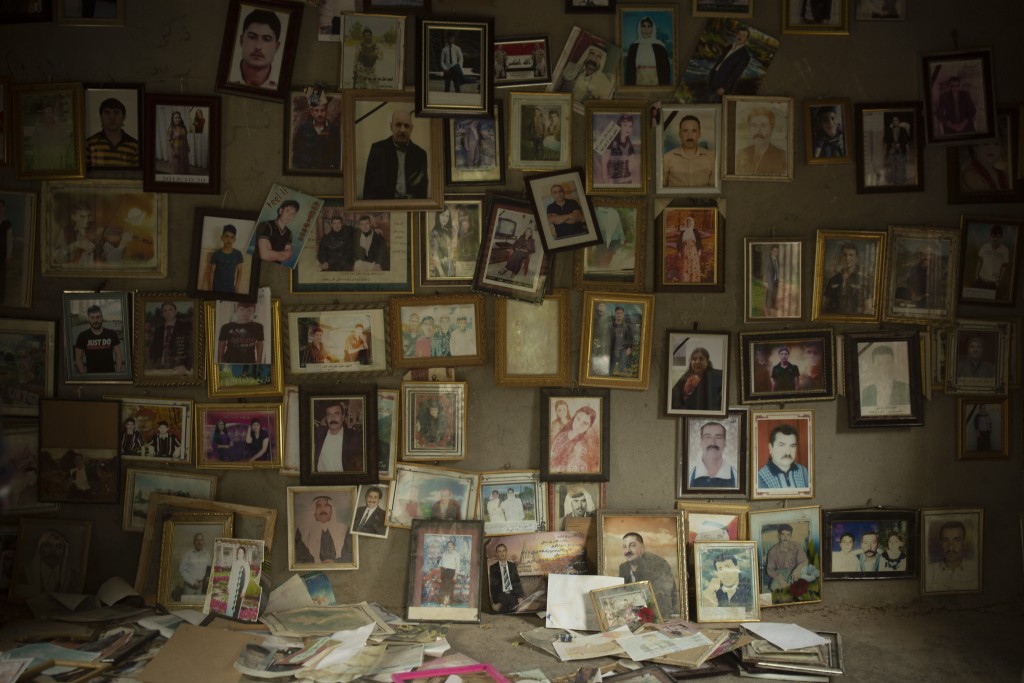 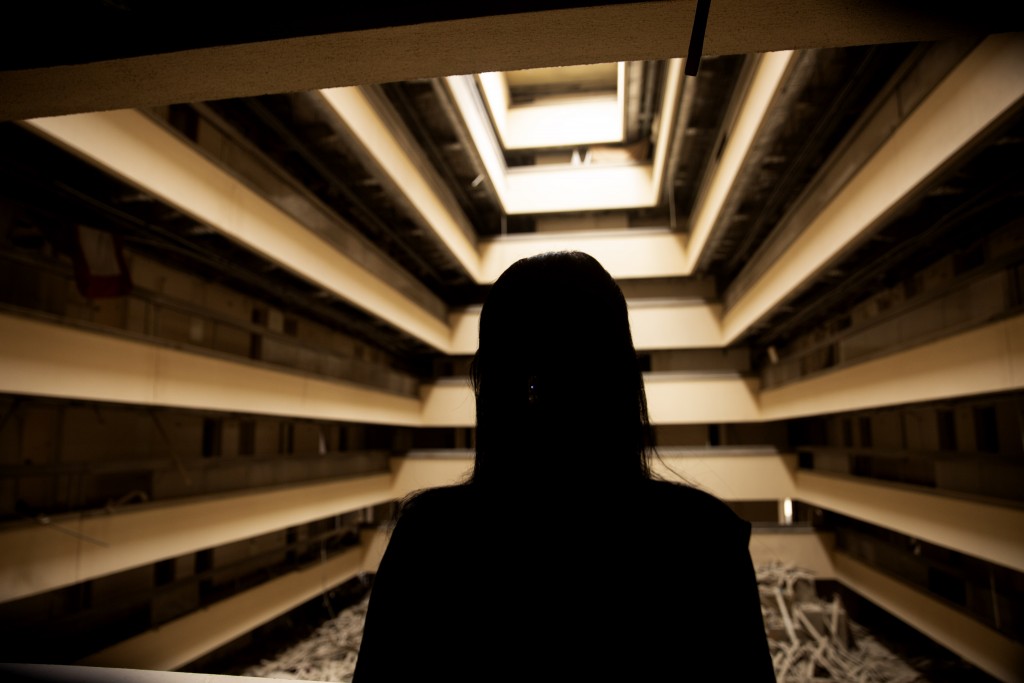 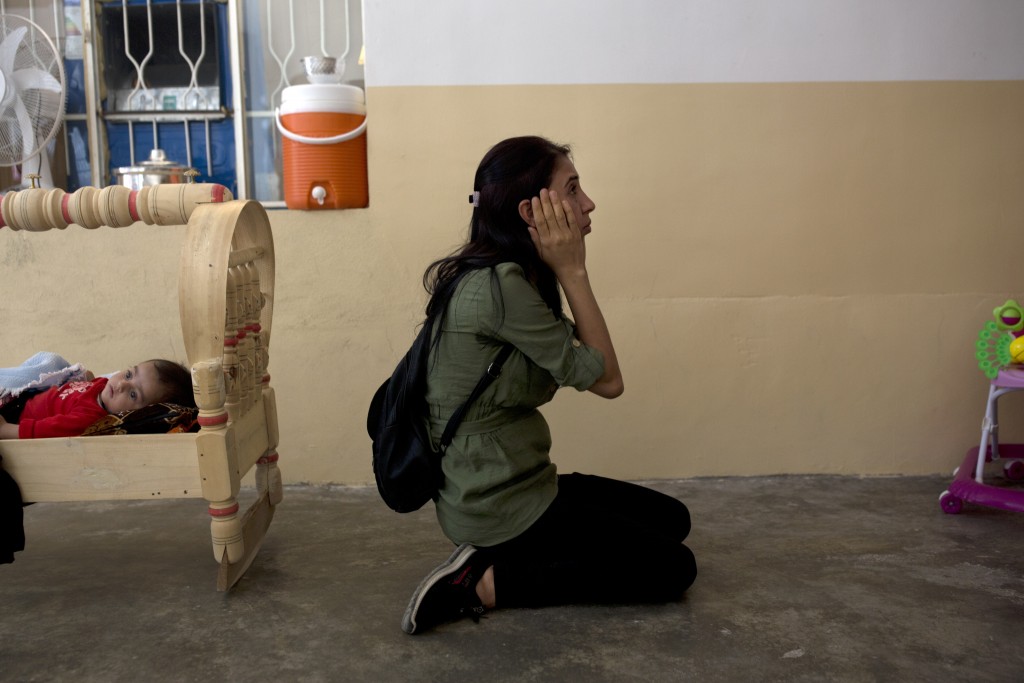 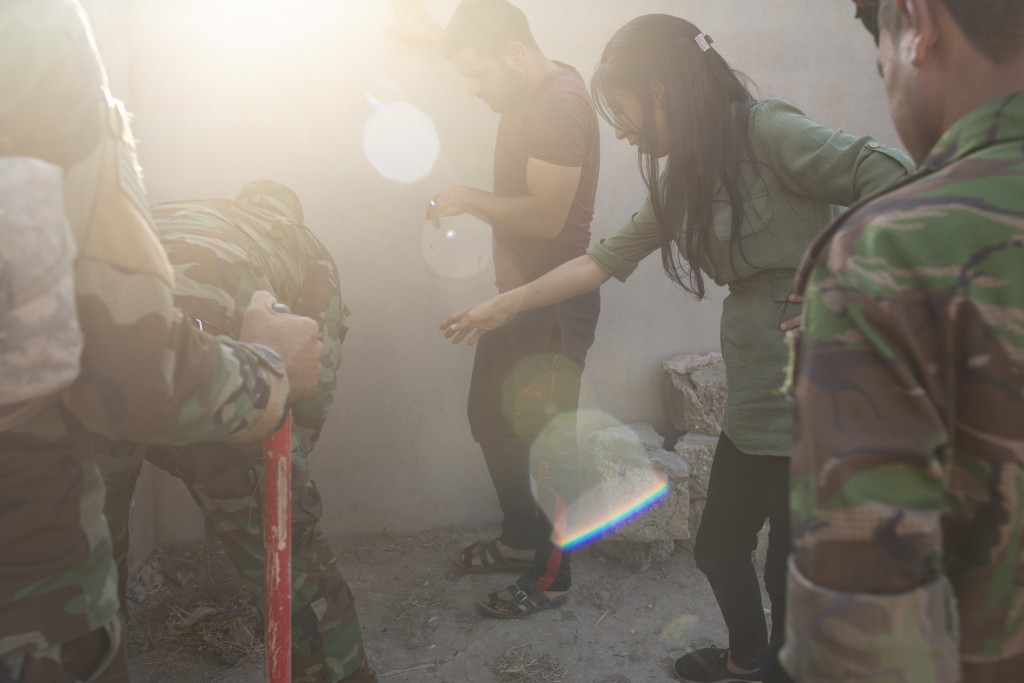 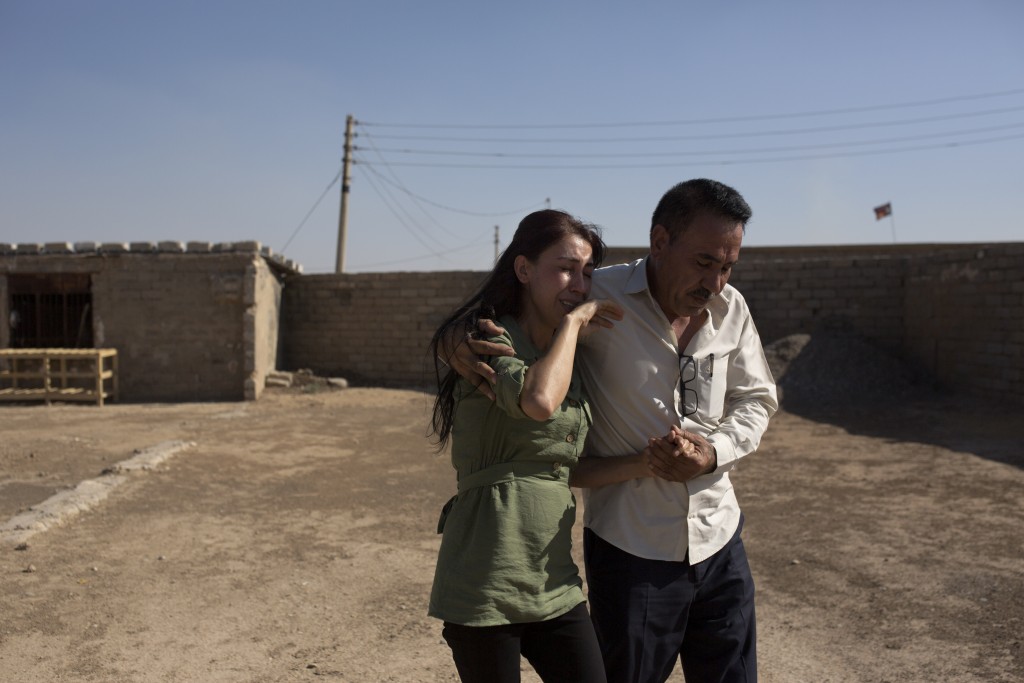 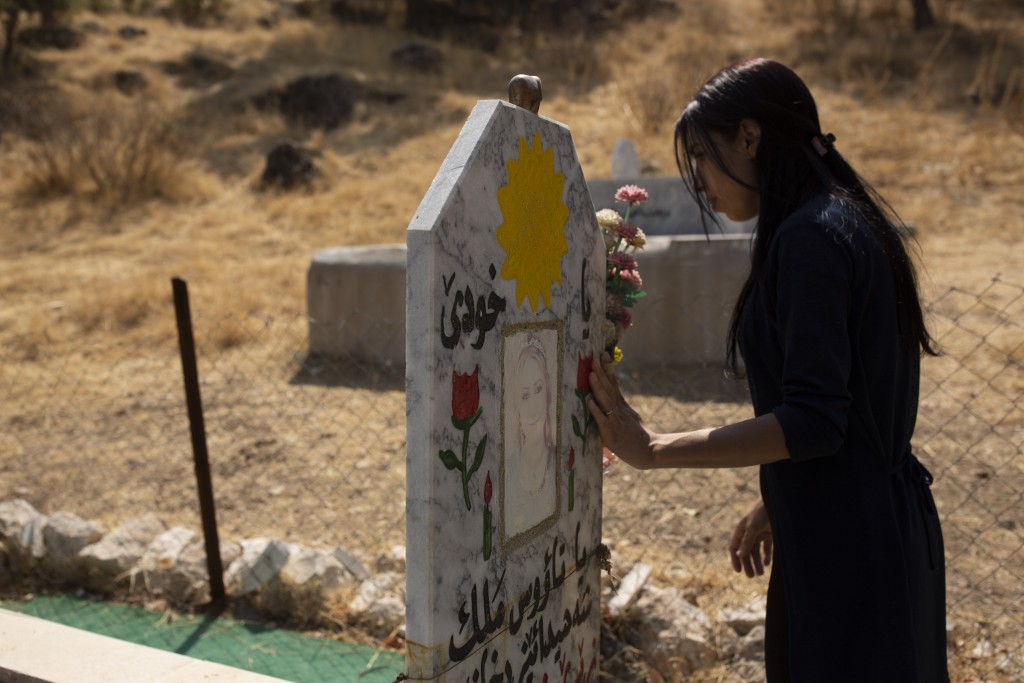 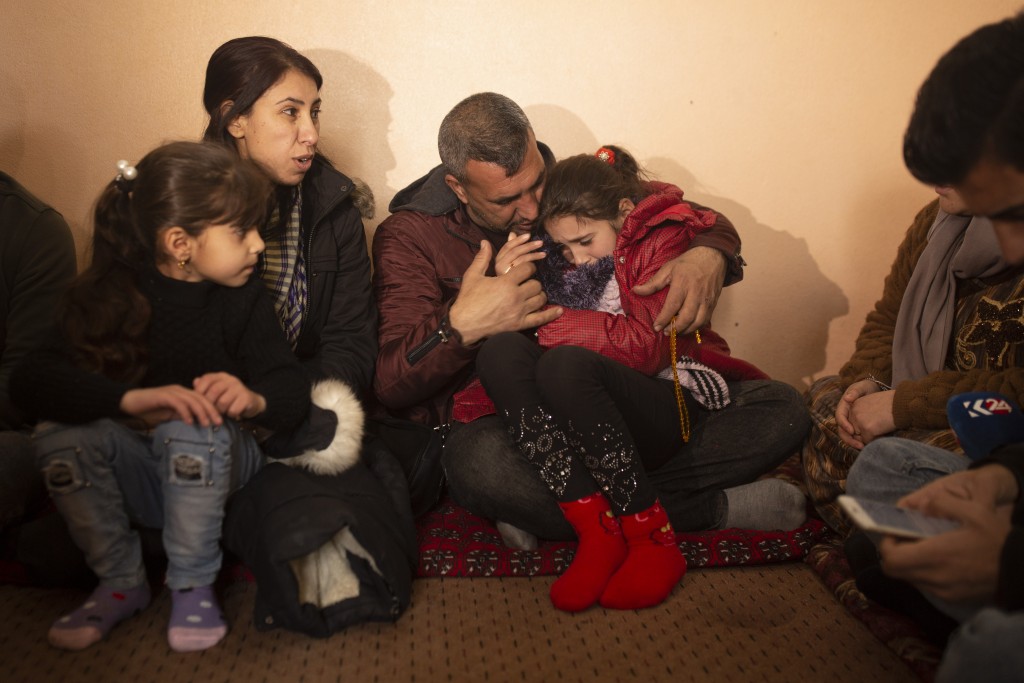 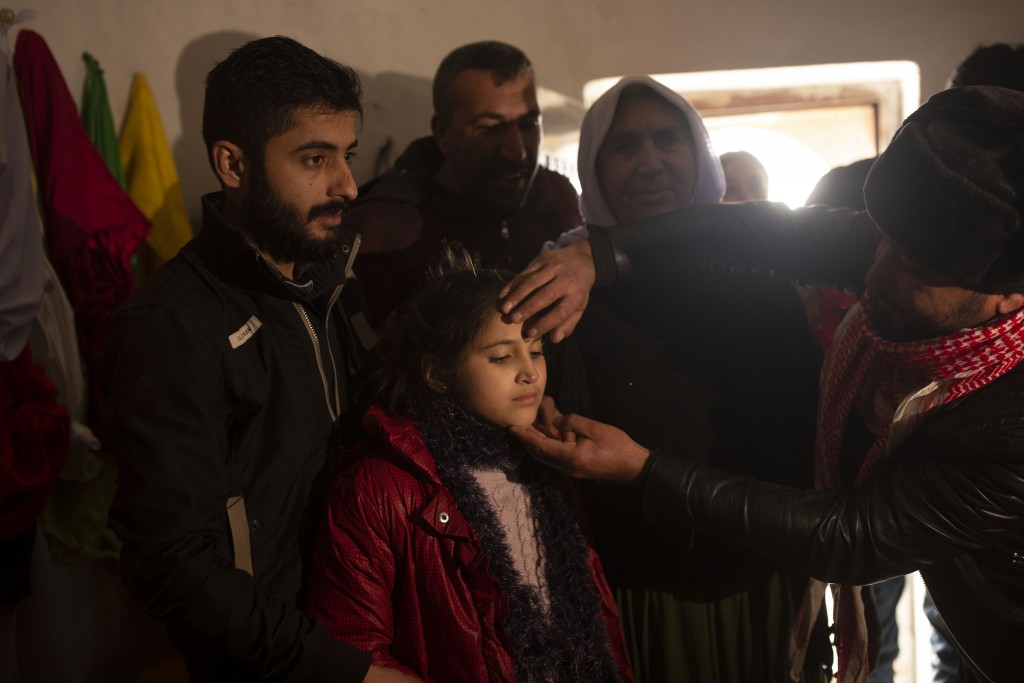 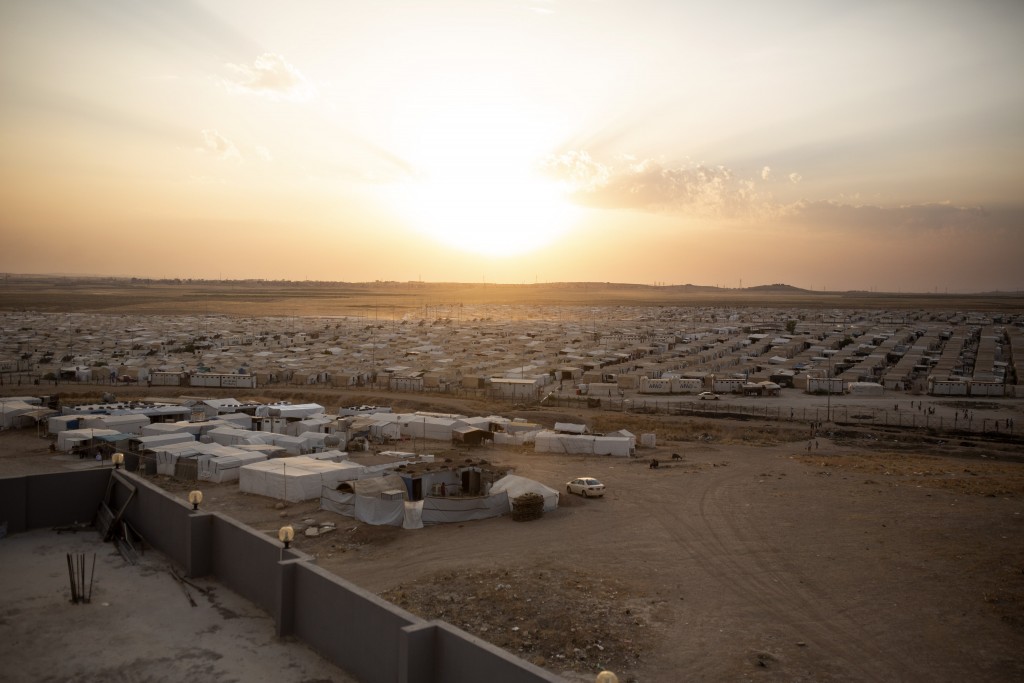 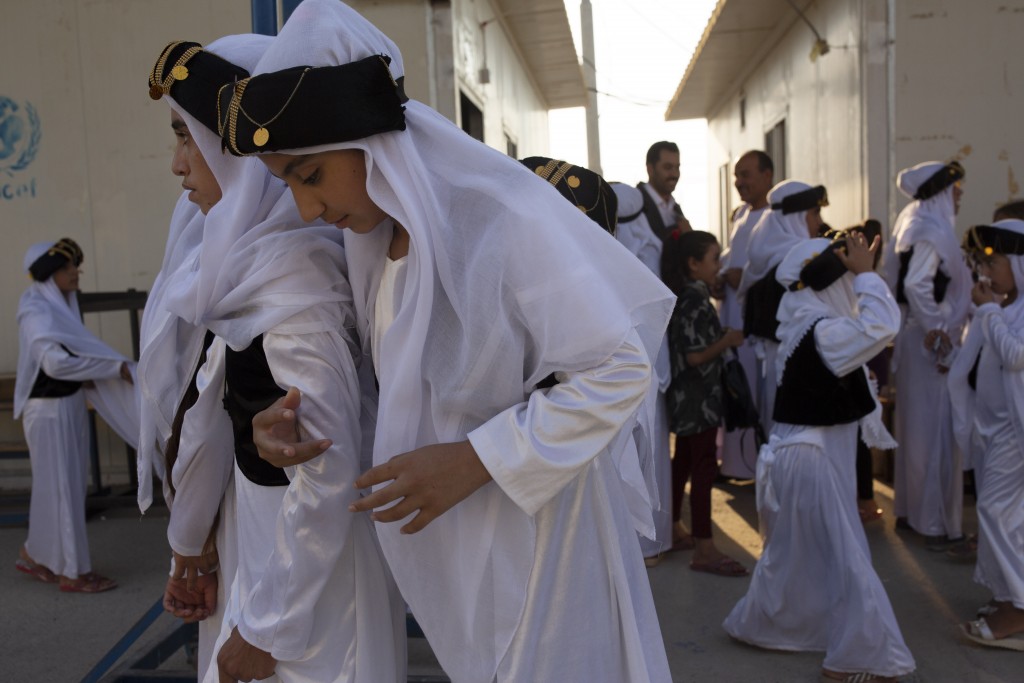 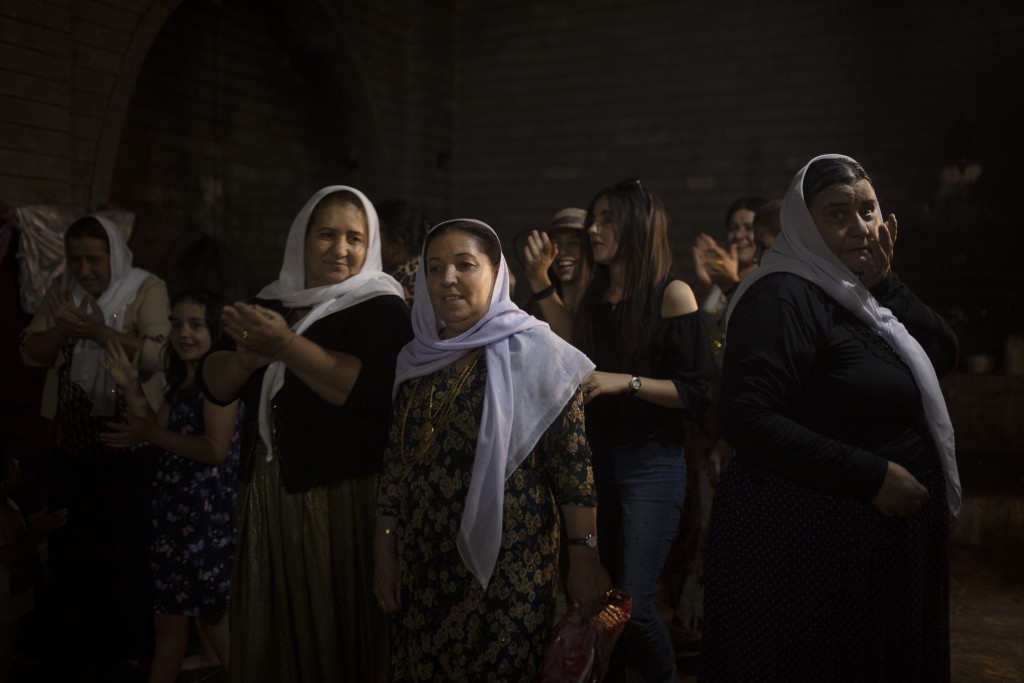 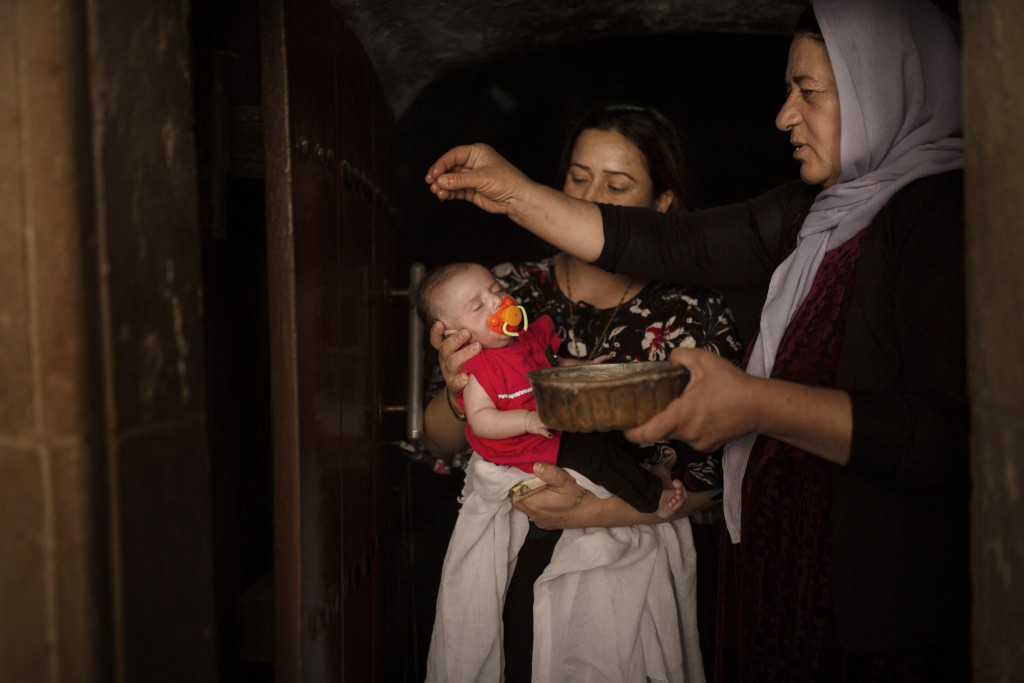 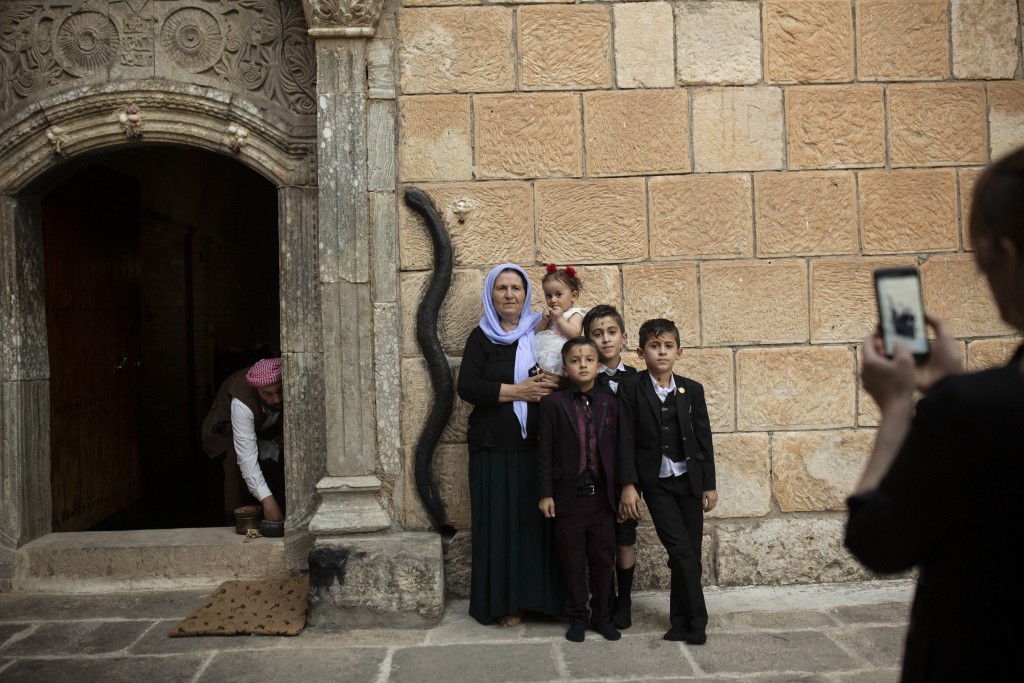 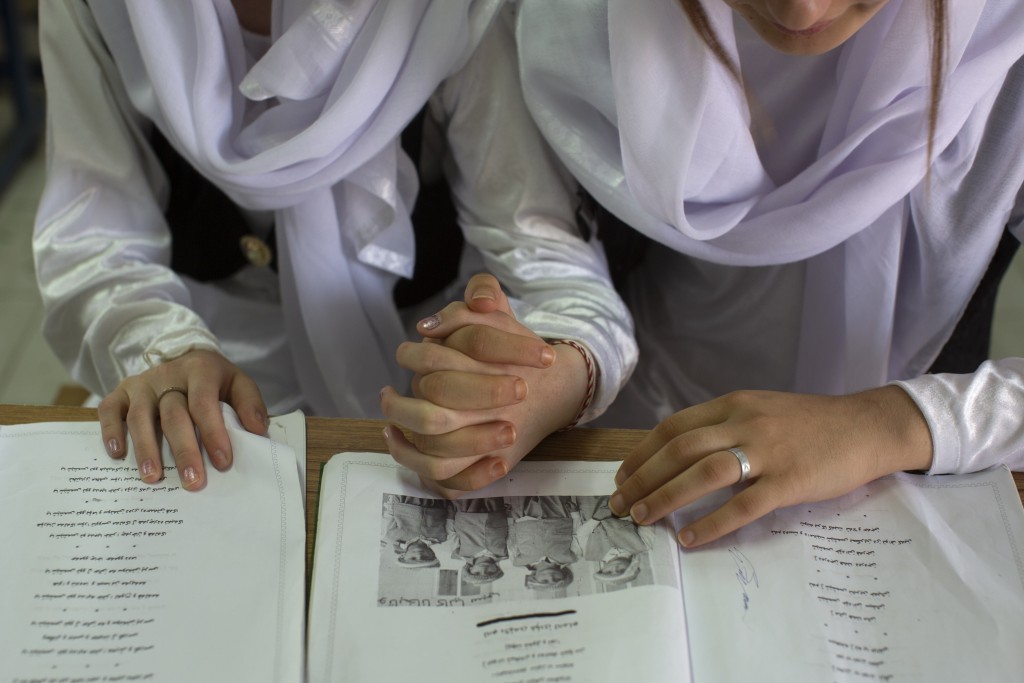 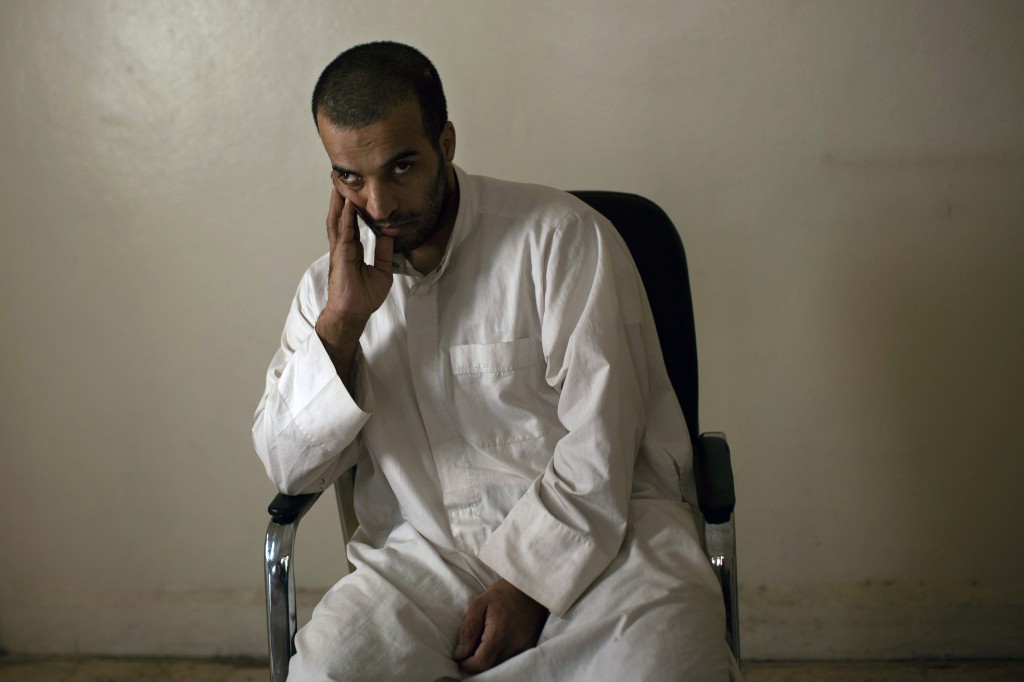 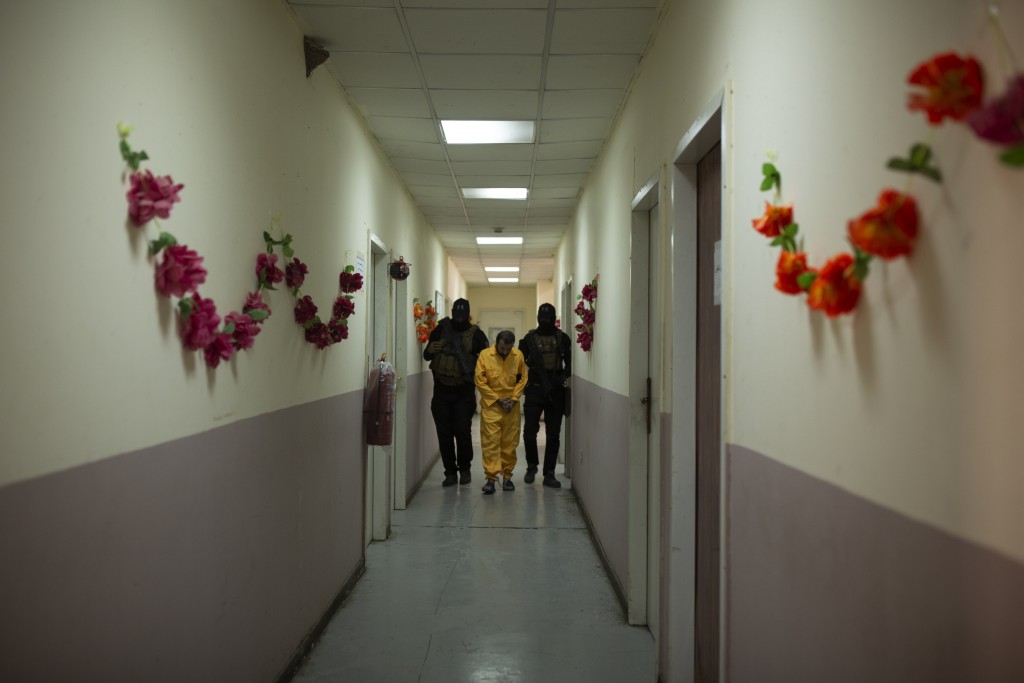 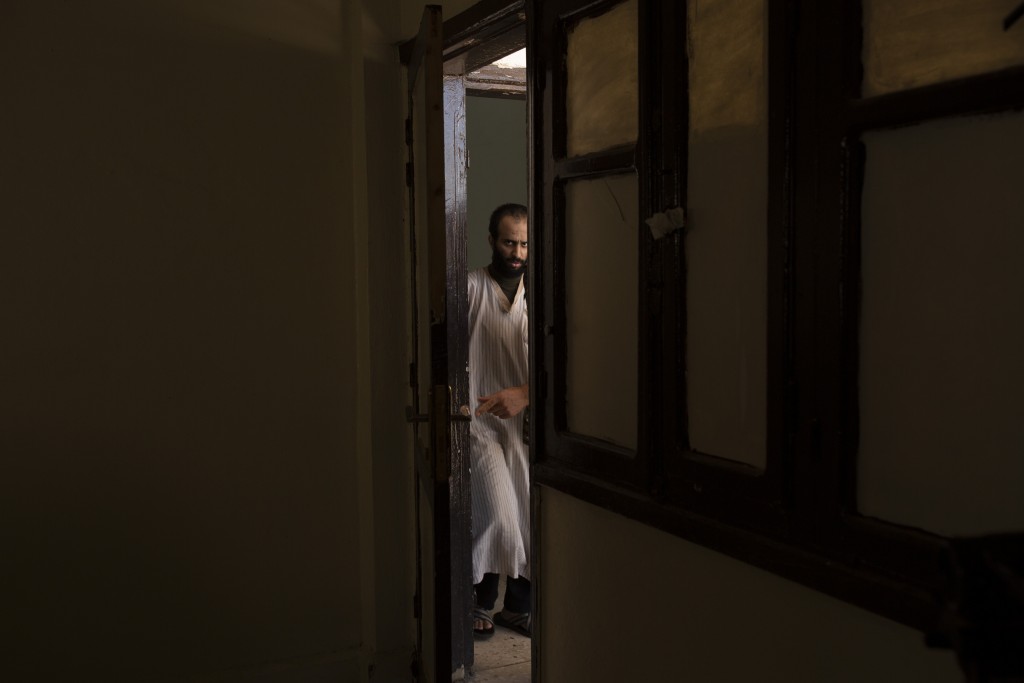 QASR AL-MIHRAB, Iraq (AP) — It was clear he was in charge when he entered the wedding hall-turned-slave pen in the Iraqi city of Mosul, where dozens of Yazidi women and girls huddled on the floor, newly abducted by Islamic State militants.

He beat them at the slightest sign of resistance. At one point, he dragged a girl away, picking her for himself, a Yazidi woman — who was 14 when the incident occurred in 2014 — recounted to The Associated Press.

This was Hajji Abdullah, a religious judge and a key architect of the IS slave system. He later became deputy to IS leader Abu Bakr al-Baghdadi. Many believe he is the late al-Baghdadi’s successor, identified by the pseudonym Abu Ibrahim al-Hashimi al-Qurayshi. The U.S has a $5 million bounty on his head.

Investigators with the Commission for International Justice and Accountability are amassing evidence, hoping to prosecute IS figures for crimes against humanity, war crimes and genocide — including Hajji Abdullah.

Bill Wiley, executive director and founder of CIJA, said fighters didn’t just decide to enslave and rape Yazidi women; it was a carefully executed plan by the group’s leadership.

“They put all of the apparatus of their so-called state behind carrying it out in practice," he said. “And in doing so, they were going to eradicate the Yazidi group by ensuring there were no more Yazidi children born.”

The investigators, who shared some of their findings with AP, say that through IS documents and interviews with survivors and insiders, they have identified 49 IS figures who built and managed the slave trade, and nearly 170 slave owners.

The AP interviewed former slaves, rescuers and imprisoned militants to build a picture of how slavery became central to IS structure. The group’s “cabinet” constructed the slave system, security agencies enforced it, and Islamic courts supervised it. Still, it devolved into a free-for-all with fighters enriching themselves — selling women amongst themselves and back to their families.

CIJA’s aim is to build cases so IS suspects can be prosecuted for crimes against humanity or genocide, not only charges of material support or membership in a terrorist group.

In the first prosecution on charges of genocide against the Yazidis last month, a German court brought an Iraqi to trial for enslaving a Yazidi woman and her 5-year-old, who was chained and left to die of thirst. U.N. investigators say they have collected evidence from Iraq, including 2 million call records, that can strengthen cases against perpetrators of crimes against the Yazidis.

IS launched its attack on the heartland of the Yazidi community at the foot of Sinjar Mountain in August 2014. The fighters killed hundreds and abducted 6,417, more than half of them women and girls. Most of the captured adult men were likely killed.

Initially, the women and children were handed out as gifts to fighters who took part in the offensive. Many fighters showed a receipt from Hajji Abdullah confirming their participation so they could claim their slave, former captives and CIJA said.

The remaining women were distributed across IS-controlled areas. The group operated centralized slave markets in Mosul, Raqqa and other cities. At the market in the Syrian city of Palmyra, women walked a runway for IS members to bid on. Others distributed the women by lottery.

The Soldiers’ Department, or Diwan al-Jund, recorded fighters who owned slaves. For a time, IS paid fighters a stipend of about $50 per slave and $35 per child.

Managing the robust system turned out to be difficult, however. Chaos abounded.

Slaves were resold for personal profit. Some IS members made tens of thousands of dollars ransoming captives back to their families.

IS officials tried banning separating women from their children and the posting of women’s pictures on social media. They ruled slave sales must be registered by an Islamic court.

One directive set punishments for selling Yazidis to “commoners” — anyone not a fighter or senior IS official — and for ransoming them to their families.

A February 2016 edict required the approval of the IS cabinet — for any senior figure to own slaves, a sign even top officials were abusing the process.

“They explained everything as permissible. They called it Islamic law. They raped women, even young girls,” said Taloo, who was owned by eight men.

After Taloo, her husband, young son and newborn daughter were abducted in 2014, and she and her husband were forced to convert to Islam, which should have spared them from being enslaved or killed.

But conversion meant nothing. Eventually the men who converted were massacred, and Taloo and the other women enslaved.

“What is this all for? They never had a second thought about killing or slaughtering or taking women,” she said.

Despite rules mandating sales through courts, Taloo was thrown into a world of informal slave markets run out of homes.

One of her owners, an Iraqi surgeon, had her dress up and put on makeup so four Saudi men could inspect her. A member of the IS religious police bought her for nearly $6,000.

That owner posted pictures of his slaves online and paraded them before potential buyers.

“It was like a fashion show. We would walk up and down a room filled with men who are checking us out,” said Taloo, who asked that her name be used as she campaigns for justice for Yazidis.

One owner threatened to sell her then-2-year-old daughter to an Iraqi woman. He forced Taloo to get pregnant then changed his mind and forced her to have an abortion. Another owner impregnated her, and she forced her own abortion.

Taloo finally escaped along with her children and sister-in-law by paying a smuggler.

Some 3,500 slaves have been freed from IS’ clutches in recent years, most ransomed by their families. But more than 2,900 Yazidis remain unaccounted for, including some 1,300 women and children, according to the Yazidi abductees office in Iraq’s Kurdish autonomous region.

Some are still in Syria's Kurdish-held areas, living among IS supporters, or have melted into communities where their captors took them— as far afield as Turkey.