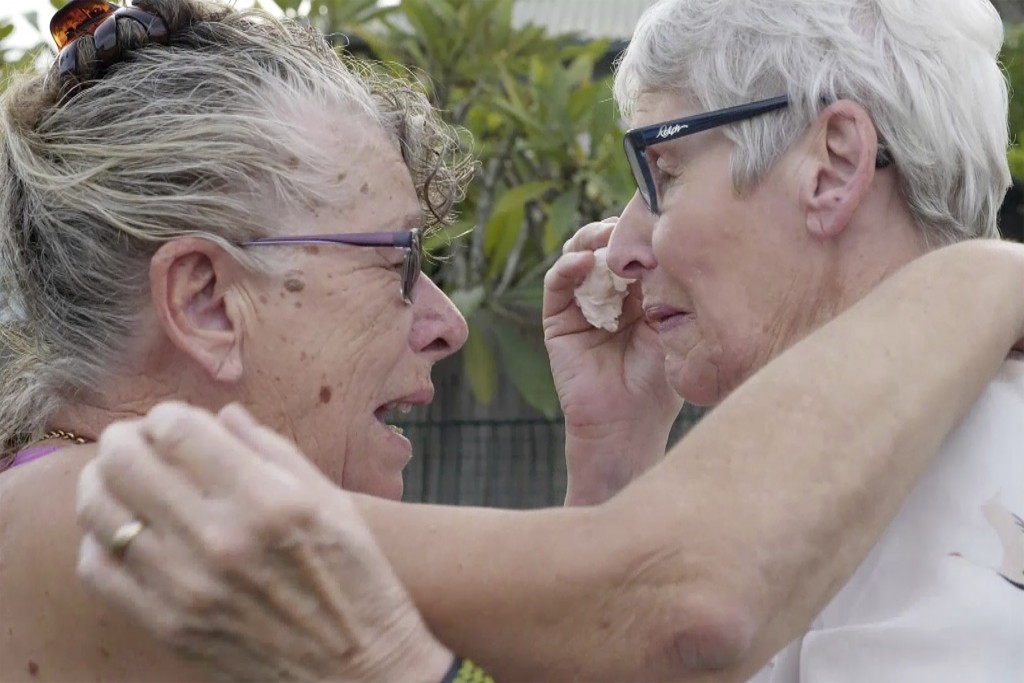 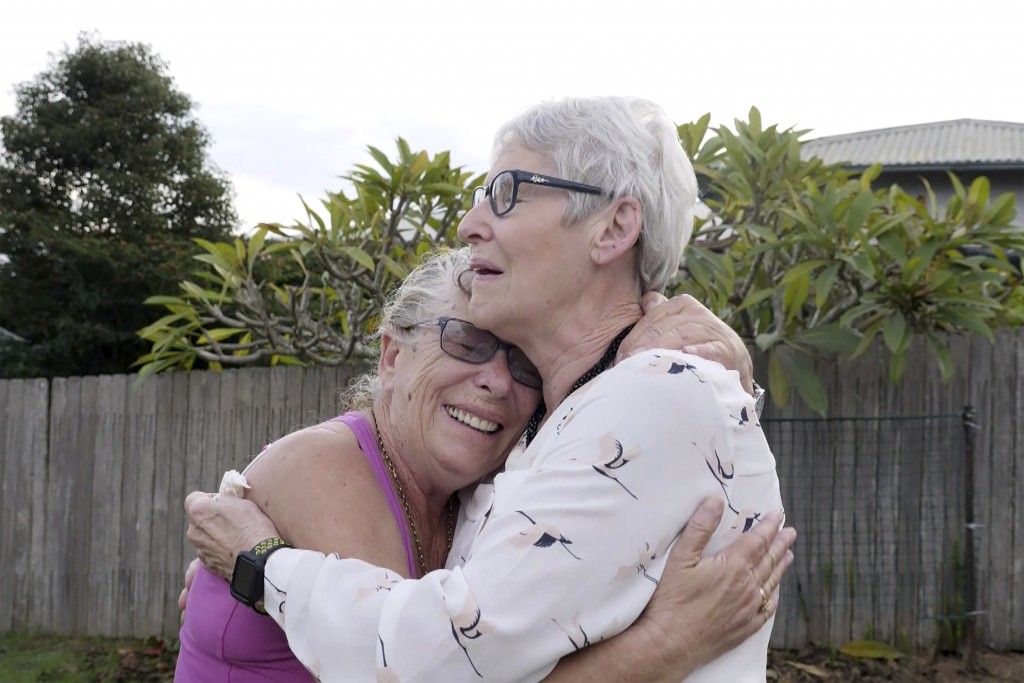 CANBERRA, Australia (AP) — A woman has tearfully embraced her dying sister in Australia after weeks of bureaucracy wrangling over pandemic travel restrictions.

Her only sister Gail Baker was diagnosed with incurable ovarian cancer in late March after both countries stopped international travel. Baker has perhaps weeks to live.

Archer was eventually allowed to fly to Sydney and spent only a week in hotel quarantine before testing negative for the coronavirus. International travelers are usually quarantined for two weeks.

Archer finally hugged her younger sibling in the front yard of Baker’s home on Wednesday. It was their first reunion in six years.

“Words can’t explain how I feel, to be honest.” Archer told Australian Broadcasting Corp. in an interview aired on Thursday.

“I’m just so happy that I finally got to be here and be with her. The last two weeks have been the hardest or the longest two weeks of my life,” Archer said.

Archer was surprised that her persistence paid off. But she is adamant that Australia made the right decision in allowing her to remain with her sister in her final days.

“I wondered whether the Australian government had any compassion at all with their rejections,” Archer said.

“I honestly don’t know what they were thinking. I know it’s an awful time at the moment with the virus ... but, I mean, there are some things you’ve got to be a bit lenient on and I felt this was one of them,” she said.

“I didn’t think I was ever going to see Gail again. That would’ve been the worst thing in the world if that had happened,” she added.

Australia’s Department of Home Affairs relented on Archer’s travel application after it allowed the New Zealand Warriors rugby league team to relocate from Auckland in preparation for the Australian football competition restarting next week.

The department did not immediately respond on Thursday to a request for an explanation for the change of heart on the sisters’ reunion.

New Zealand has largely succeeded in its goal of eliminating the virus. It has reported no new infections over the past four days and most of the people who contracted the virus have recovered. About 1,500 people have been reported as having the virus including 21 who died.

Australia has had similar success in slowing the virus spread although New South Wales remains the worst-affected state. Australia expects New Zealand will become the first international destination with which regular passenger travel will resume because of the low risk of infection.