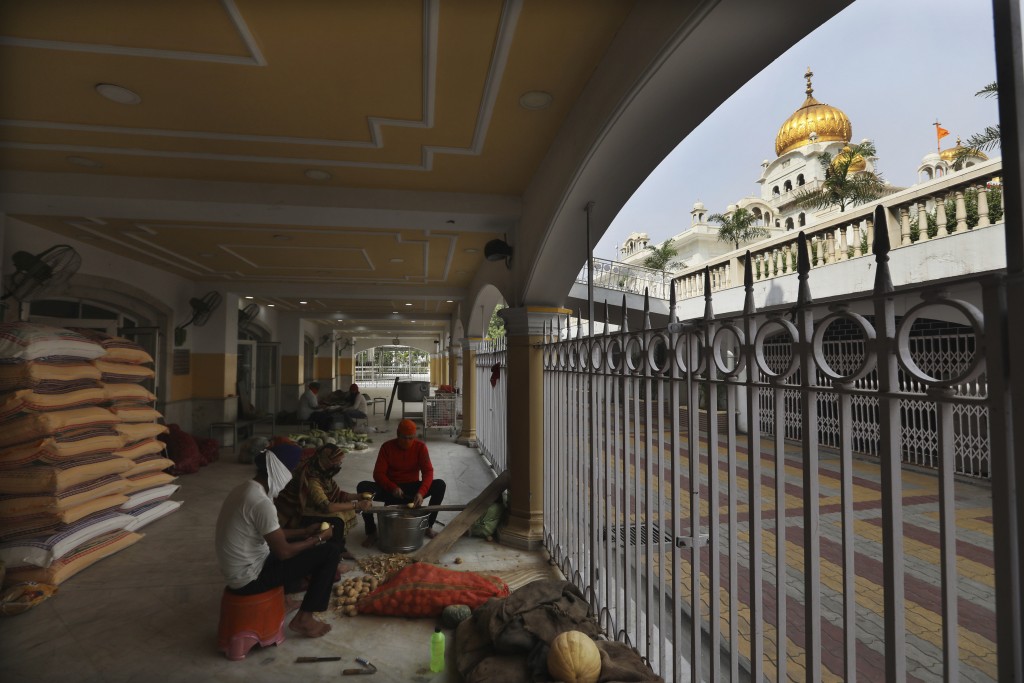 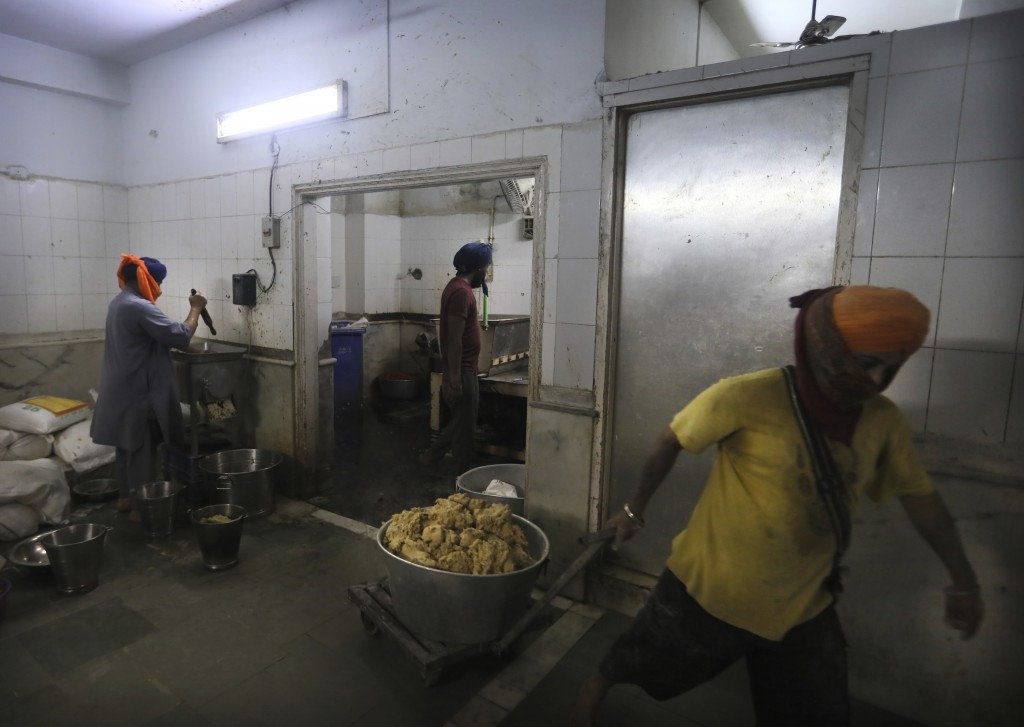 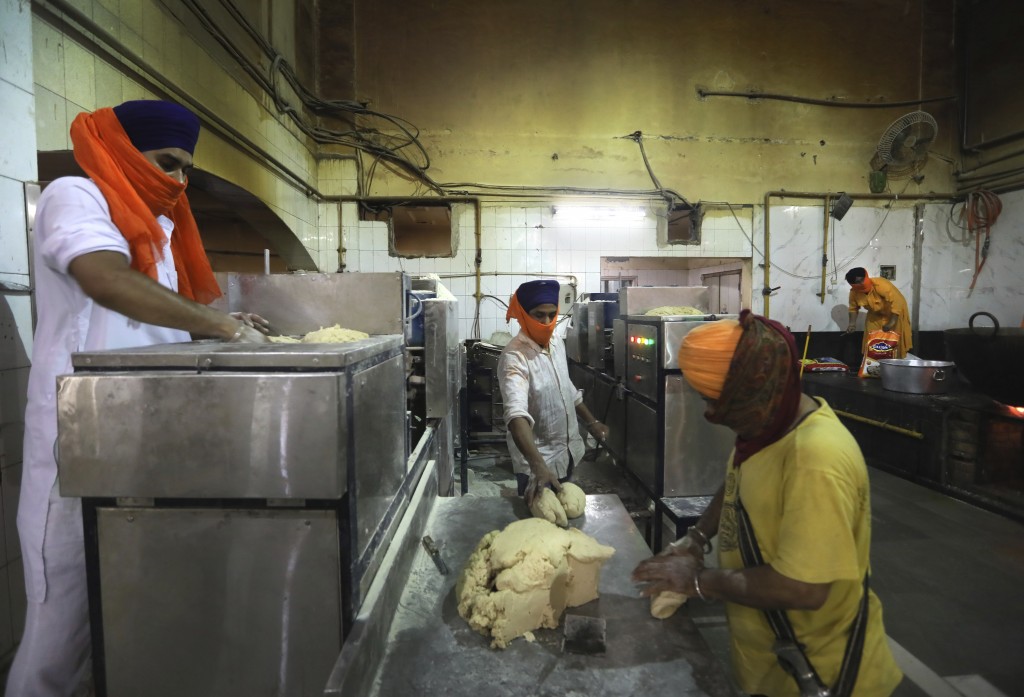 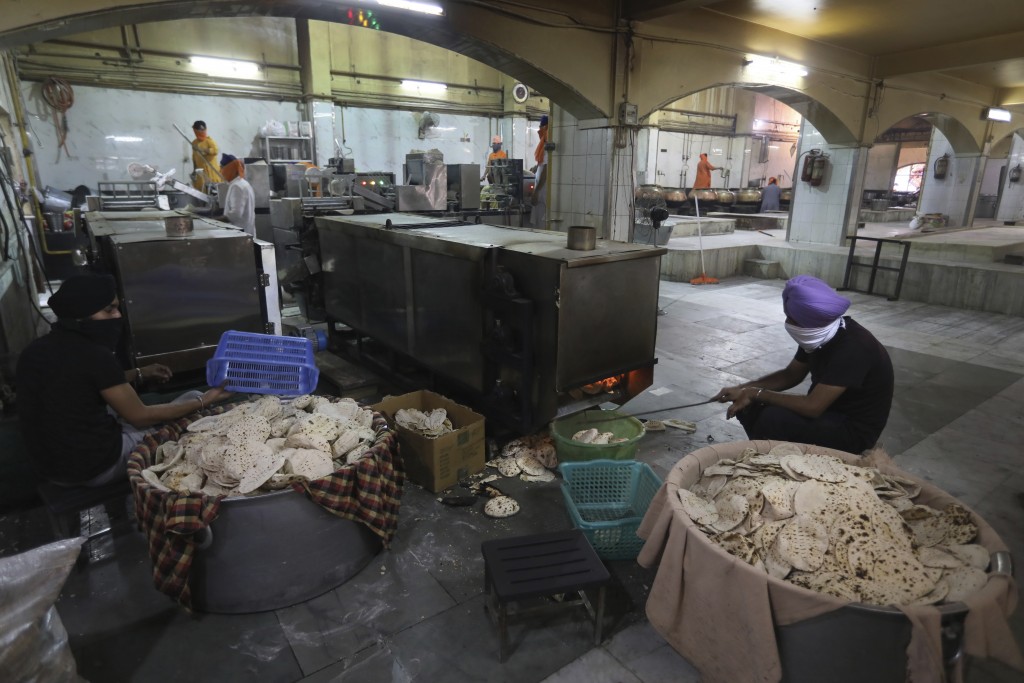 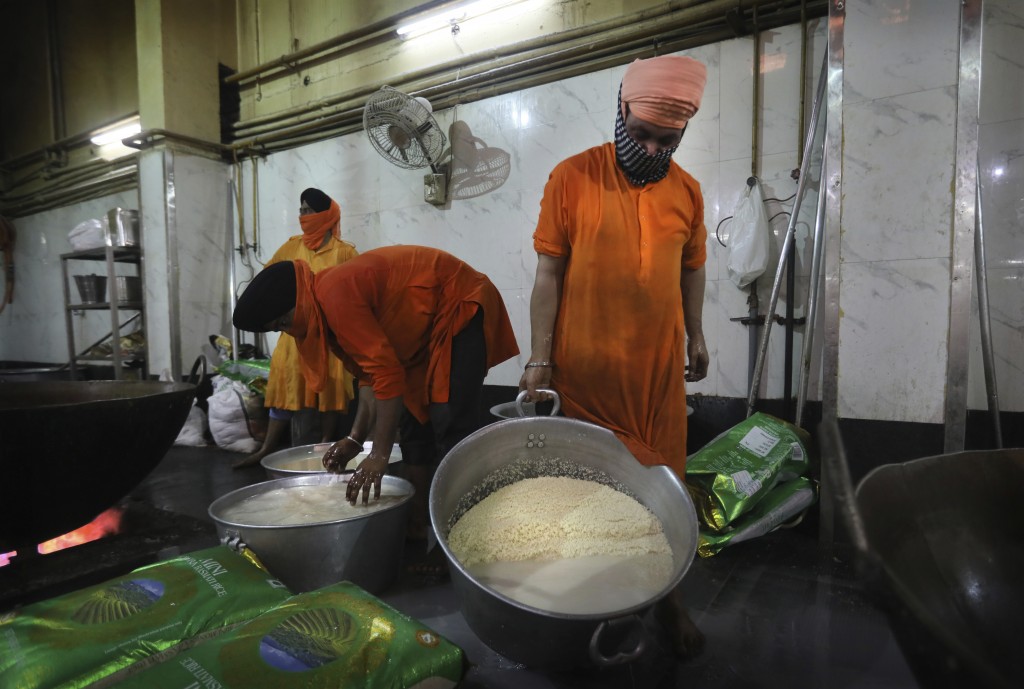 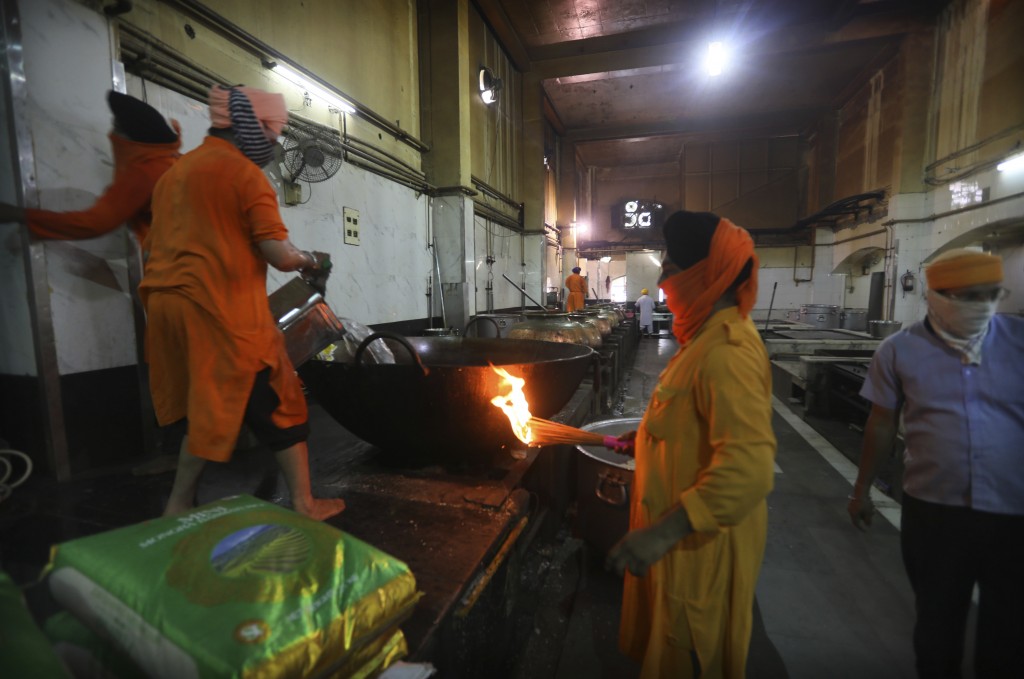 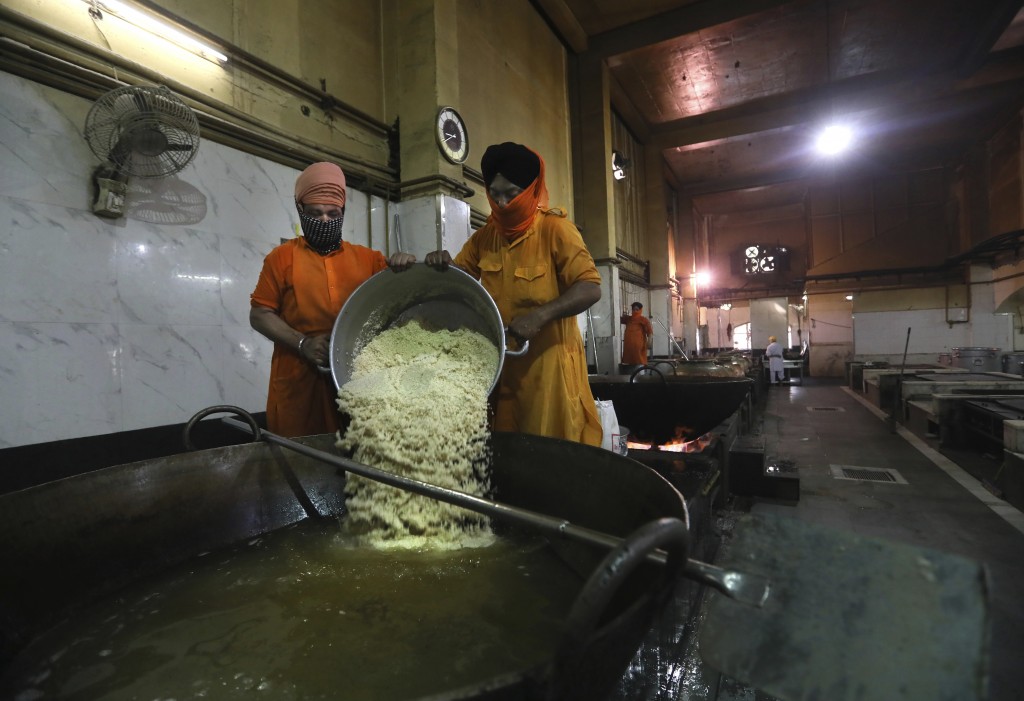 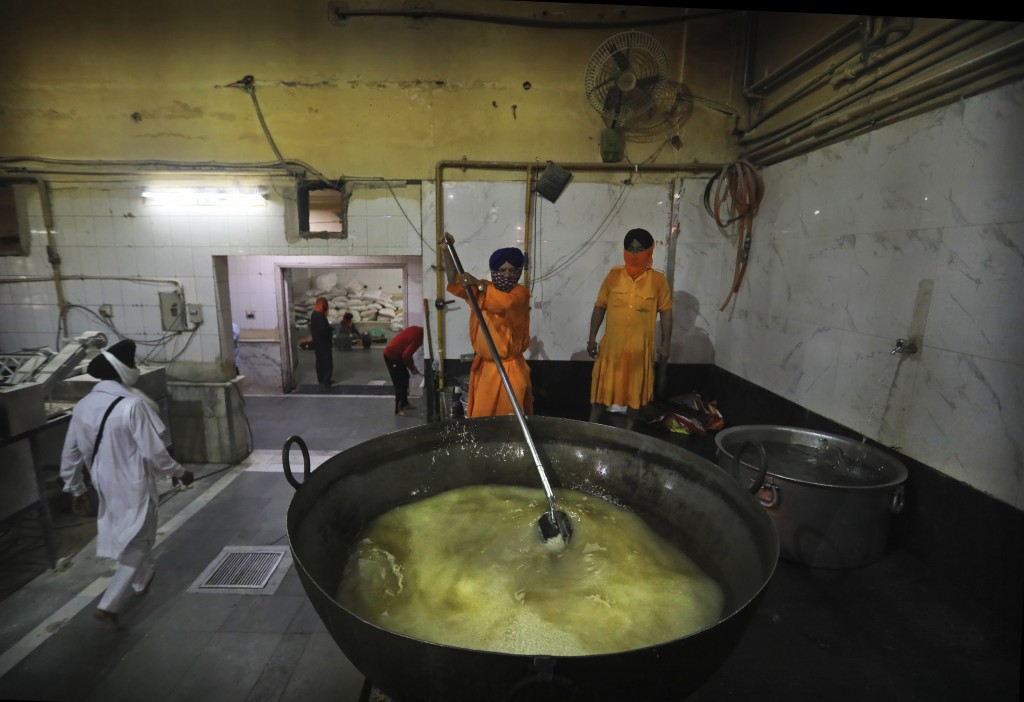 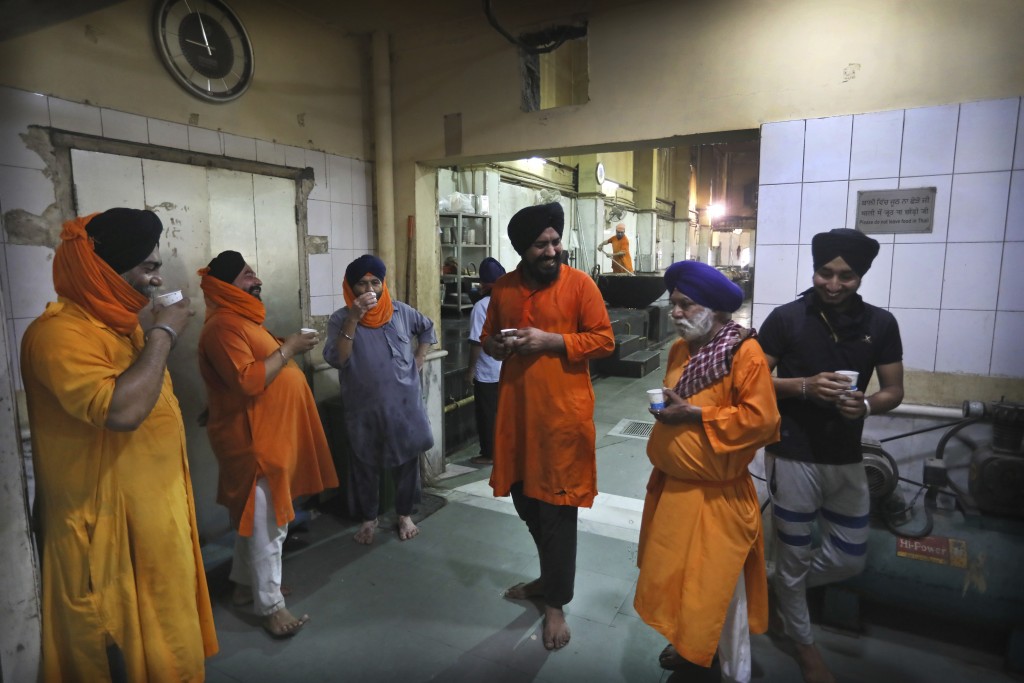 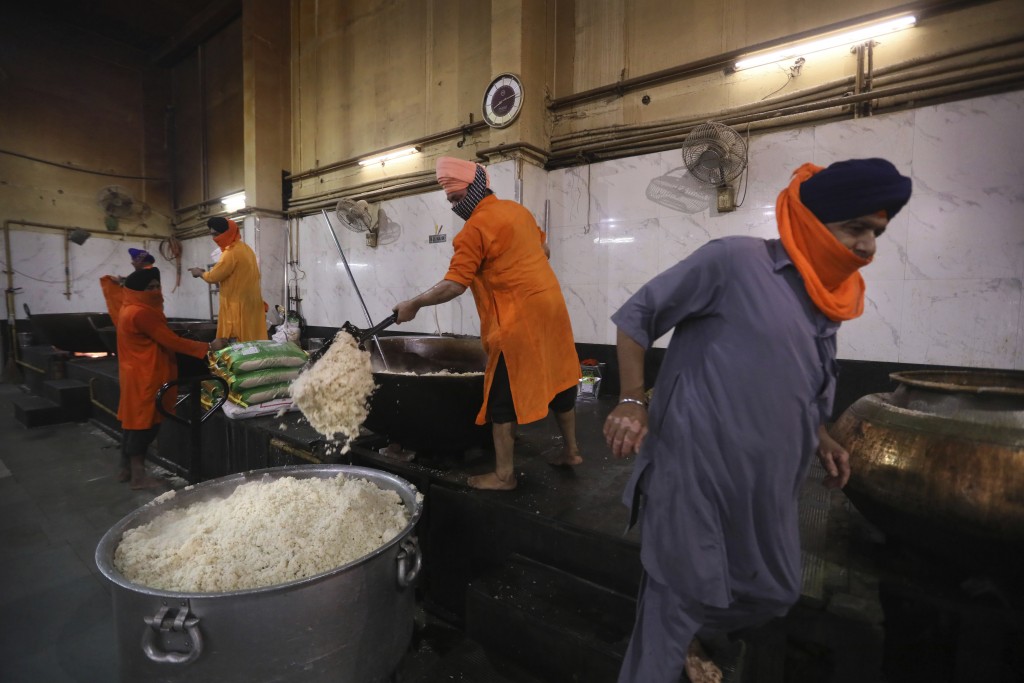 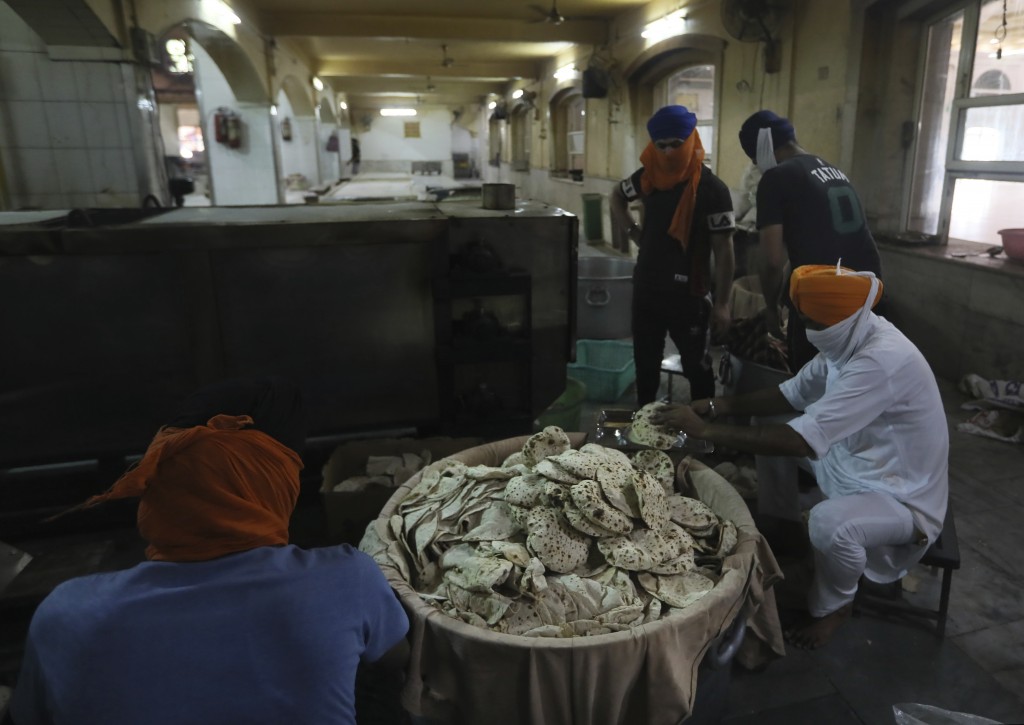 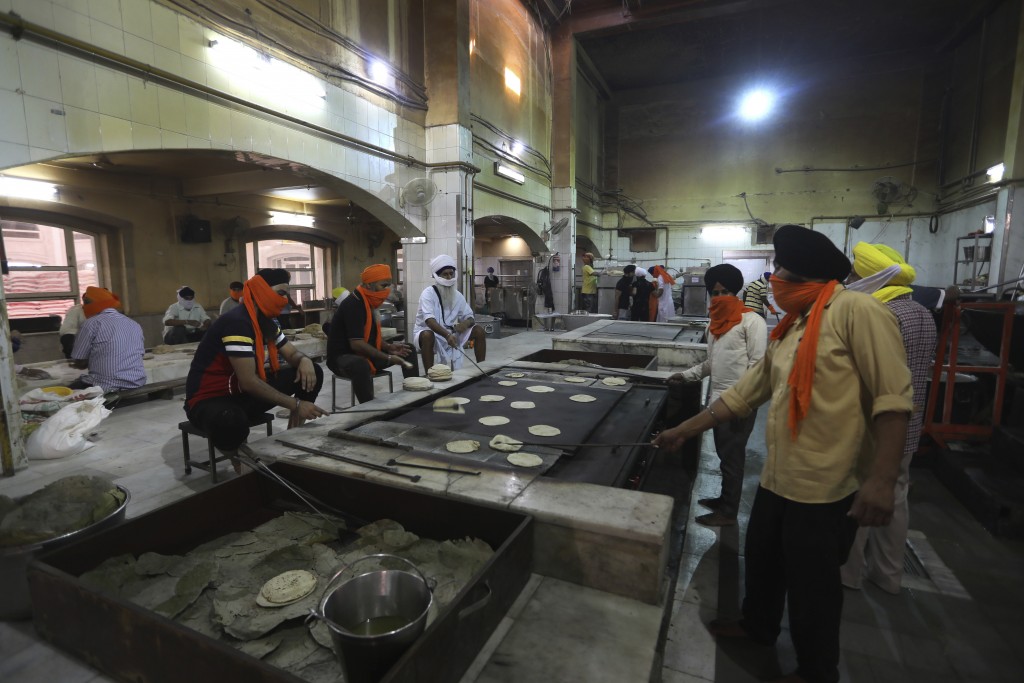 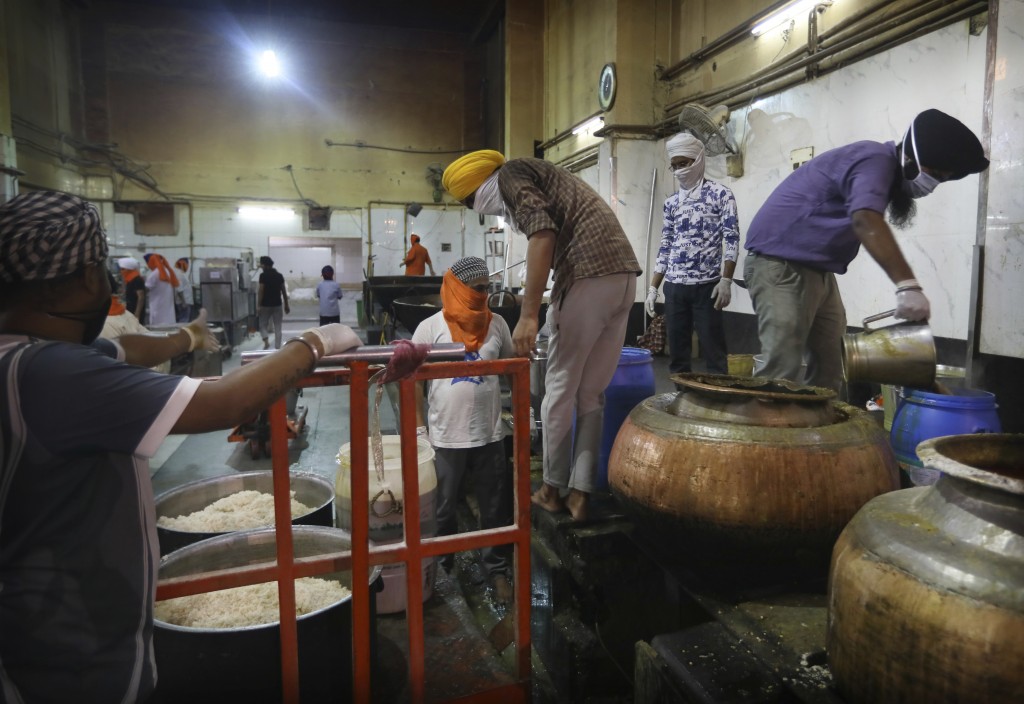 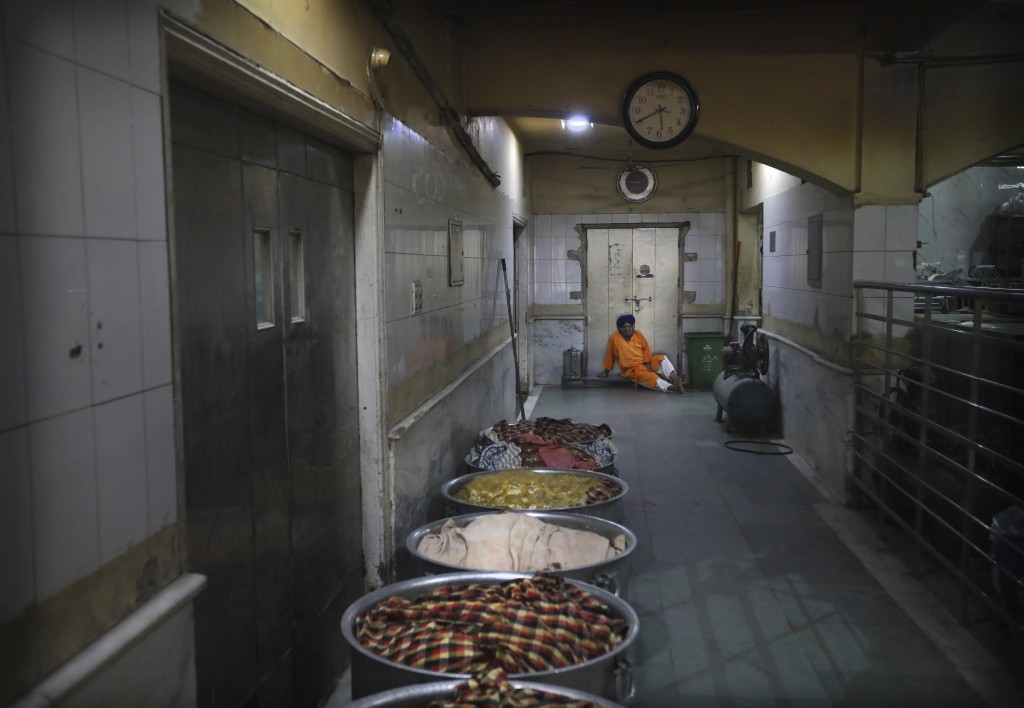 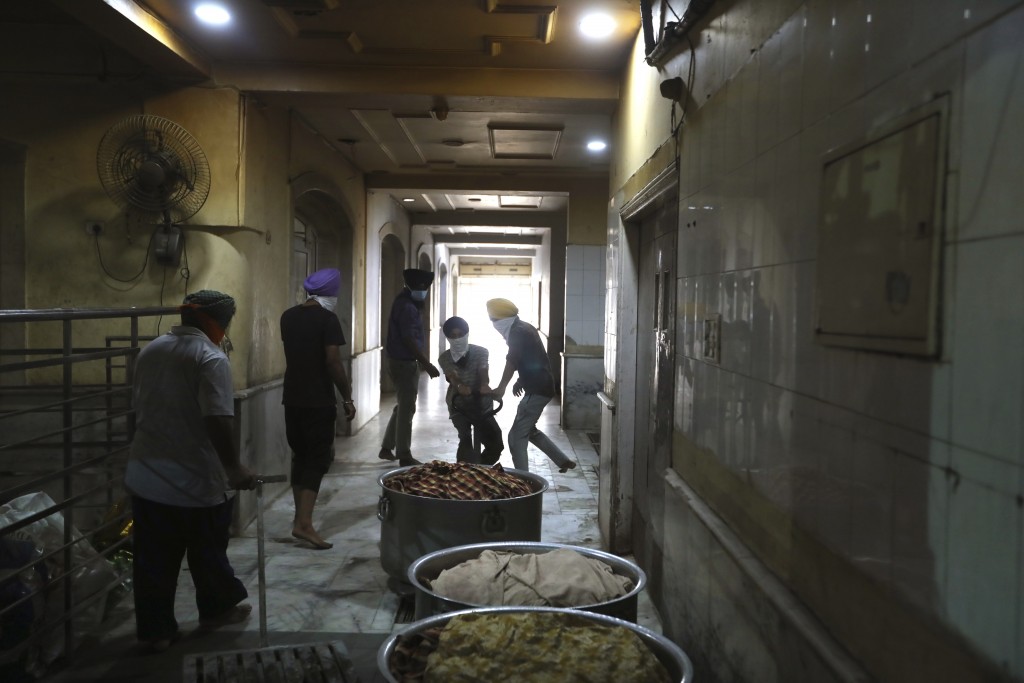 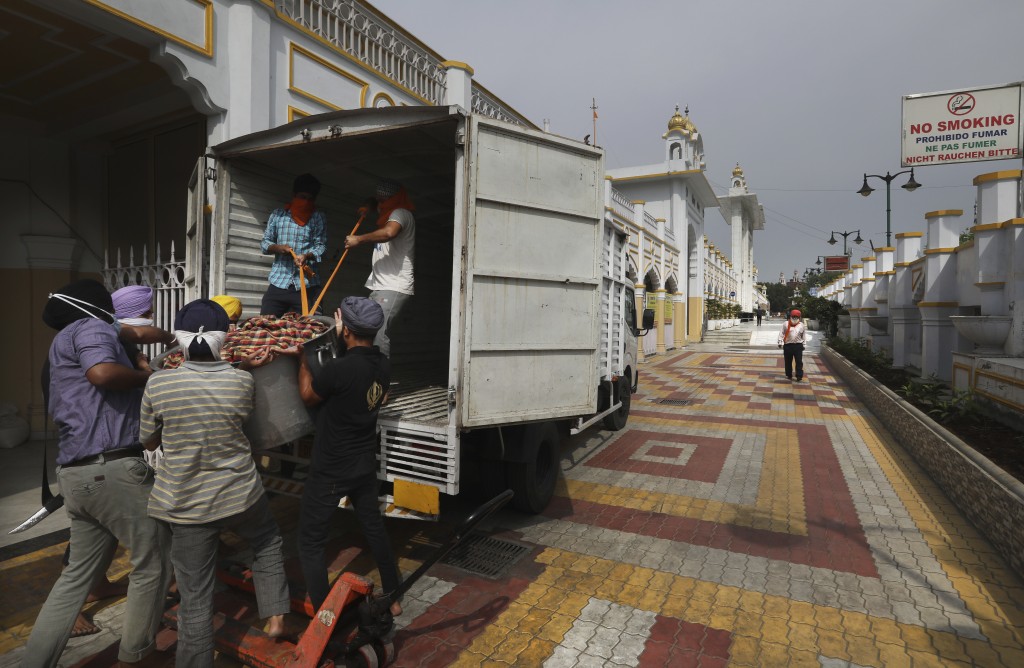 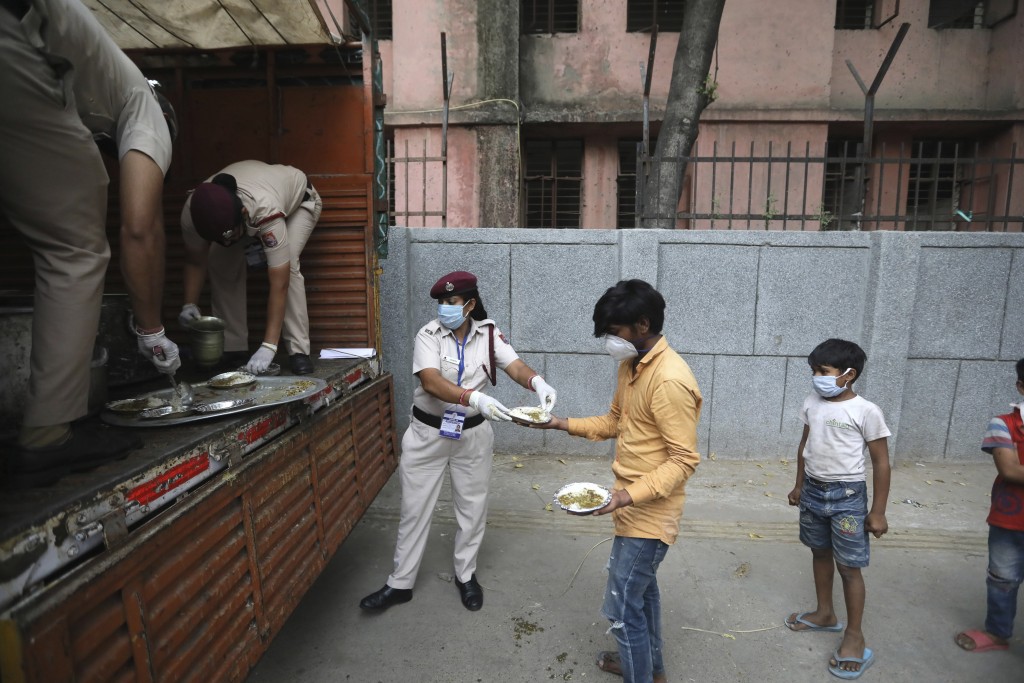 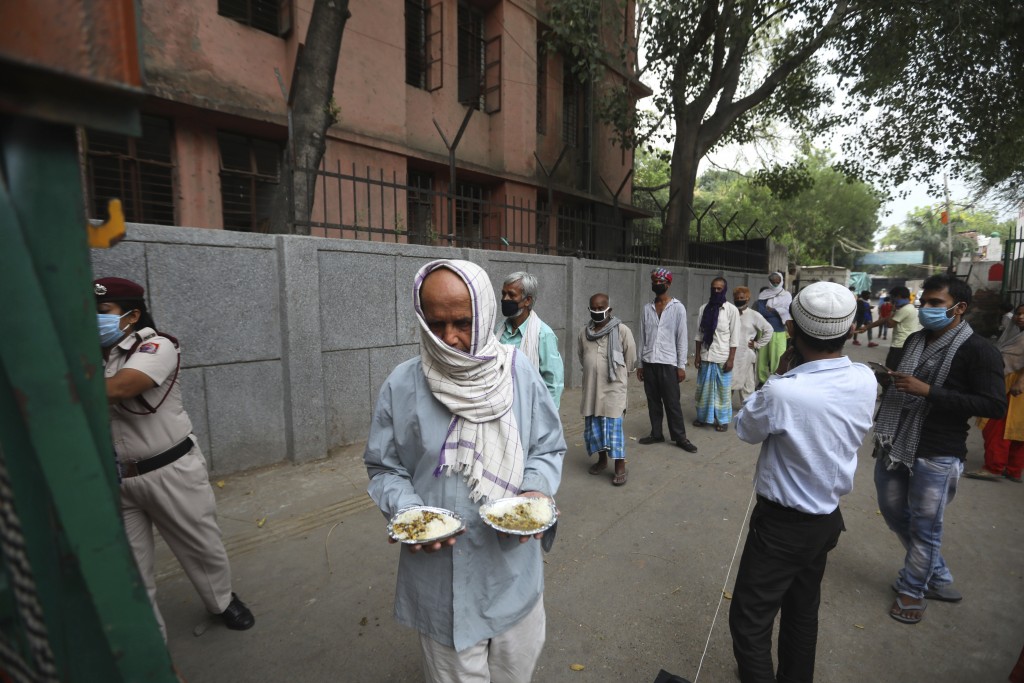 NEW DELHI (AP) — At first, the kitchen at the Bangla Sahib Gurdwara cooked 40,000 meals each day for the hungry who live on the streets of India’s capital city, or who have lost their livelihoods to the coronavirus lockdown.

But the need was greater than that. So workers at the golden-domed temple in central New Delhi made 80,000 meals daily. Then 100,000. Soon, they expect to be making 300,000 -- all provided free to the growing ranks of the unfortunate.

For centuries the faithful have flocked to the temple for its healing waters and a free meal at the community kitchen, the symbol of equality found at every Sikh temple complex and open to all visitors.

The Bangla Sahib Gurdwara has remained open through wars and plagues, serving millions of people simple vegetarian food on the cool marble floor of its enormous dining hall. But during India’s ongoing lockdown -- among the world’s most stringent -- religious congregations are banned.

Bangla Sahib has kept its kitchen open, with the help of about four dozen men who sleep at the temple’s guesthouse. To save time commuting to and from the temple and avoid the risk of infecting loved ones, they haven’t seen their families since the lockdown began March 25.

In colorful turbans and cloth bandanas tied over their noses and mouths, they work in the industrial kitchen in 18-hours shifts.

Head cook Balbir Singh stirs an enormous ladle through a potato and soybean stew, simmering with ghee and coriander in a giant cook pot. A machine that every hour makes 5,000 chapati -- thin, unleavened bread -- whirs long before the sun rises and after it sets.

“If we serve at this time, God will give us more. It’s a give and take system,” Singh said.

Bangla Sahib is the largest of New Delhi’s 10 gurdwaras, whose kitchens together form a vital part of the city’s strategy to feed the poor during the pandemic.

Bangla Sahib, which usually prepares around half a million meals per week using donated ingredients and equipment, is quickly ramping up to produce six times that many.

The government sends trucks to pick up the meals each day and distribute them to a network of shelters and drop-off points, but pays nothing for the food.

Singh Sirsa struggles to protect his workers and collect donations to keep the enterprise going. “This is the biggest challenge for me in my entire life,” he said.

Anticipating many months of hardship ahead, he appears nightly on the Bangla Sahib’s own TV channel to appeal for more donations.

A man from Montreal recently pledged $10,000, another from London offered $100,000, he said. The dining hall heaves with sacks of rice, flour and lentils and cans of oil -- six months of supplies, said Jagpreet Singh, a 27-year-old temple clerk.

“We believe in God. He’s giving us this power, so we provide,” he said.

While nonstop news about the effects of the coronavirus has become commonplace, so, too, have the stories about the kindness of strangers and individuals who have sacrificed for others. “One Good Thing” is an AP series reflecting these acts of kindness.