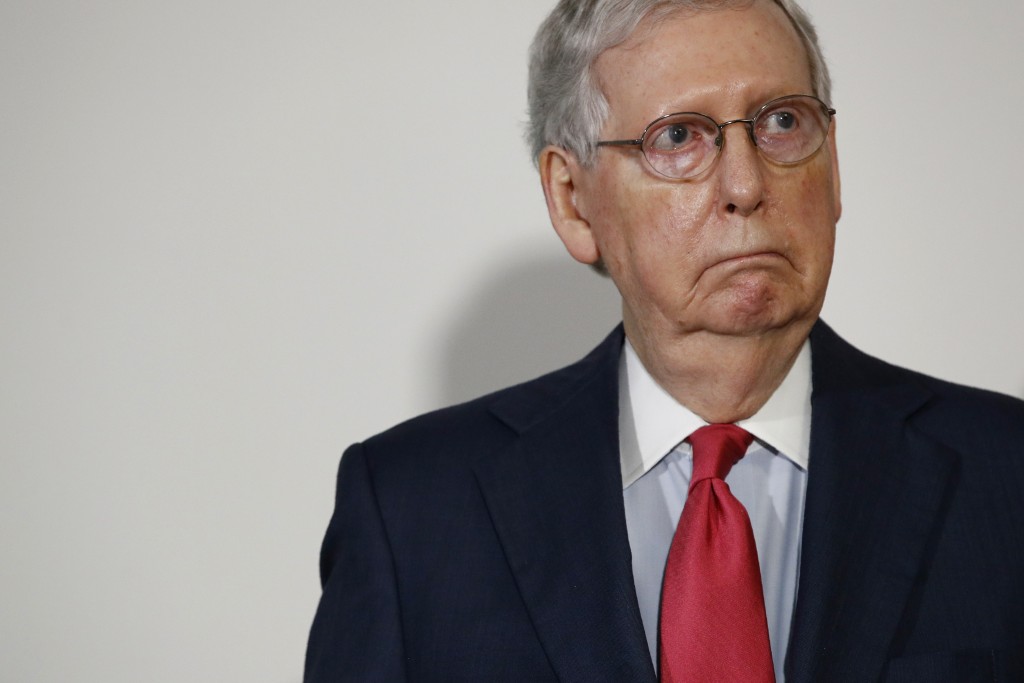 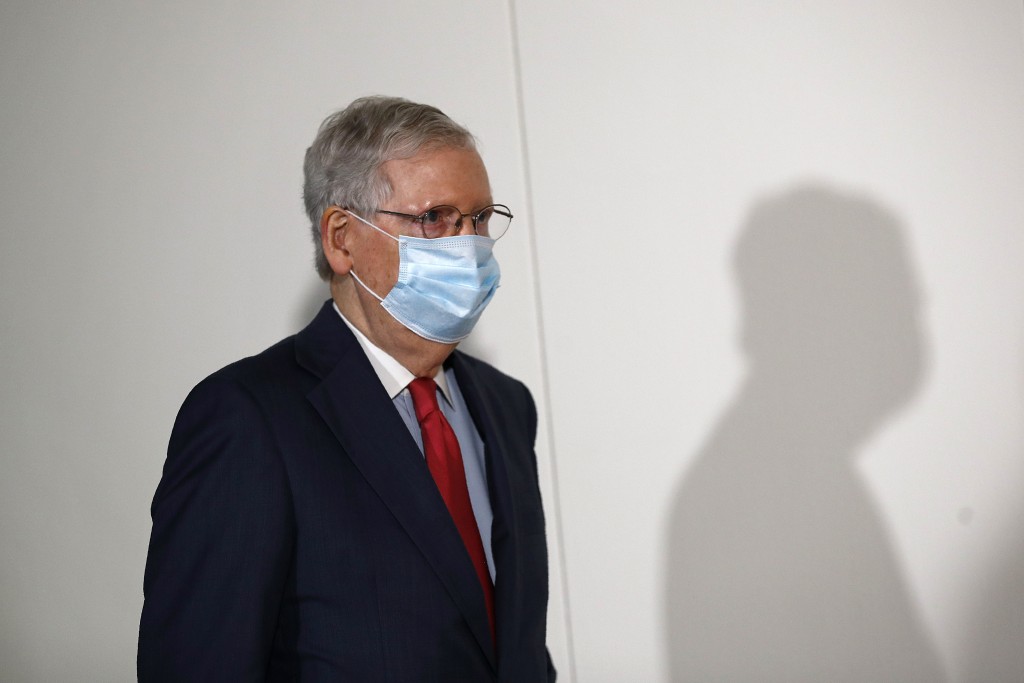 WASHINGTON (AP) — As Americans confront a crisis unlike any in modern times, the world’s greatest deliberative body is doing almost anything but deliberate the coronavirus.

It's as though the challenge has split the U.S. Senate into two.

On one side is a Senate clamoring for a quick response to the virus outbreak at its door. On the other is the wait-and-see Senate hitting pause on swift action and carrying on with non-pandemic business.

“Every aspect of American society has been changed by this crisis — except, perhaps, the Republican Senate,” said Senate Democratic leader Chuck Schumer in the chamber Wednesday.

The split screen at the Capitol provides a study in contrasts and priorities, one that reflects the partisan differences between Republicans and Democrats, and is defining both ahead of the 2020 election.

As the House works remotely, the lights-on Senate has the legislative stage to itself. But despite a virus death toll nearing 100,000 and more than 30 million unemployed, the slow-moving Senate is proving even a pandemic won't quicken its pace. Senators are prepared to leave town for a weeklong Memorial Day break without having acted on any new relief.

At least one Republican, Sen. Cory Gardner of Colorado, vowed to try to prevent the Senate from recessing Thursday unless it votes on more aid to states and cities facing layoffs.

"Now is not the time for the Senate to go home,” tweeted Gardner, who is among the most politically endangered GOP senators running for reelection in the fall. He told reporters at the Capitol that he had called President Donald Trump at the White House with his concerns.

Senate Majority Leader Mitch McConnell defends the output, arguing that his side of the Capitol led passage of an earlier major aid package that cost $2 trillion. Better to assess how that money is being spent, he said, before approving more. He rejects the new $3 trillion package approved by the Democratic-led House last week as a “liberal wish list.”

McConnell portrayed the Capitol, where senators in masks are showing up most days while the House works from home, as its own “tale of two chambers."

"Over here in the United States Senate, the lights are on, the doors are open, and we are working for the American people,” said McConnell, R-Ky. "And across the rotunda, in the House? Crickets.”

Yet it's the split on display throughout the Senate's side of the Capitol complex — in the Senate chamber, its committee rooms, even its private caucus meetings.

The floor action this week revolved around votes on Trump's nominees for judicial and executive branch positions. Senators confirmed a new Federal Election Commission member and is on track to confirm four federal judges. Trump's nominee for director of national intelligence, John Ratcliffe, could be confirmed as soon as Thursday.

Across the street in the committee rooms, the split screen was coming into even sharper focus.

Two marquee hearings focused on investigations of the Obama administration stemming from the probe of Russian interference in the 2016 election.

The Homeland Security Committee on Wednesday voted to issue a subpoena for its investigation into presumed Democratic presidential nominee Joe Biden's son Hunter, though there's no evidence of wrongdoing by either of the Bidens. On Thursday, the Judiciary Committee is set to consider issuing a subpoena in the investigation into Trump’s former national security adviser Michael Flynn.

“This pandemic is the biggest crisis our country has faced since this committee was created," said Sen. Kamala Harris, D-Calif., a former presidential hopeful, addressing the panel's chairman, Sen. Ron Johnson, R-Wis. “You made the decision to force a vote on a purely political matter that will do absolutely nothing for those at risk of contracting COVID-19.”

Ahead of the meeting, Johnson released a long list of coronavirus-related actions his committee had taken since the start of the year.

Even behind closed doors, the differences can be seen and heard.

Trump arrived on Capitol Hill for an impromptu visit to the Senate Republican lunch Tuesday that quickly turned to politics. The president touted his own poll numbers and implored his allies to “be tough” as they fight for their jobs this fall. Democrats are seeking to gain the majority and flip control.

In contrast, Democratic senators, who no longer meet for lunch but convene by conference call, heard Wednesday from economist Mark Zandi, who warned them of the risks of inaction.

Zandi said “Job No. 1” for Congress was sending money “quickly” to state and local governments, according to a Democrat who wasn't authorized to publicly discuss the private call and spoke on condition of anonymity.

The economist told them state and local governments are “really teetering on financial edge,” the Democrat said. Without aid, hundreds of thousands of more jobs could be lost, he said.

Republicans are hopeful that as states reopen, the economy will improve, lessening the need for more federal funds.

But polling shows Americans are concerned about a second wave of the virus as shops and workplaces reopen. An AP-NORC poll found 83% of Americans are at least somewhat concerned that lifting restrictions in their area will lead to additional infections, with 54% saying they are very or extremely concerned.