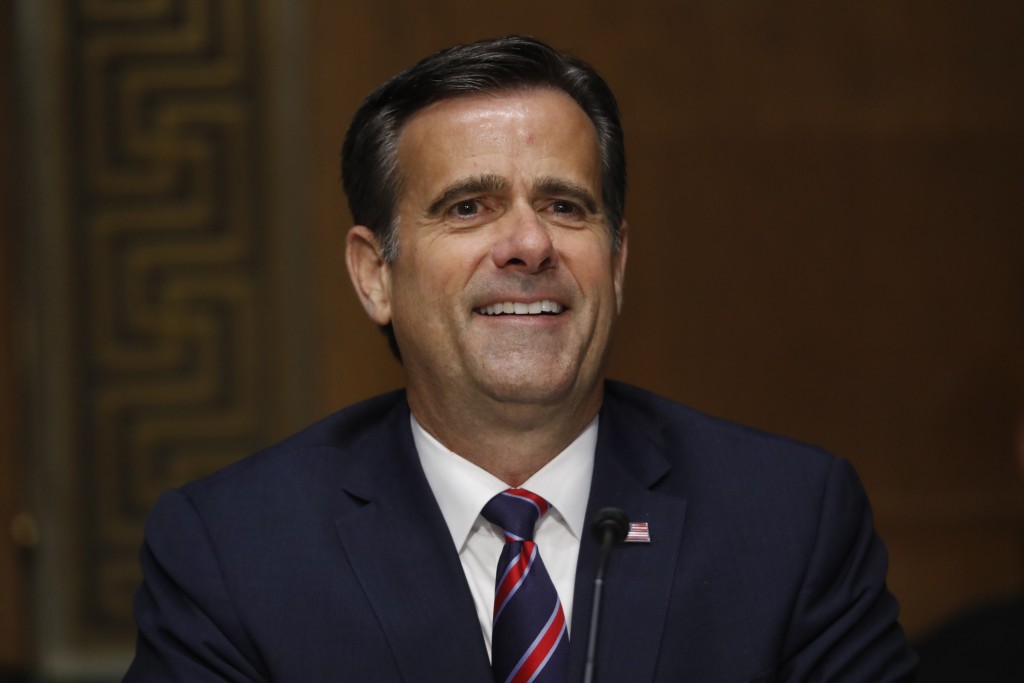 WASHINGTON (AP) — The Senate is poised to vote Thursday on the nomination of Texas GOP Rep. John Ratcliffe to be Director of National Intelligence, potentially confirming him sooner than expected, as senators are eager to quickly fill the post.

Democrats have been opposed to Ratcliffe's nomination, and most are expected to vote against it. But they dropped their usual objections to holding a quick vote as members of both parties want a Senate-confirmed nominee in the job. Democrats usually force procedural votes that slow the nomination process, but are allowing a quick vote Thursday before the Senate leaves town for the next week.

The post is now filled by acting director Richard Grenell, a Trump loyalist who has overseen a shakeup in the intelligence community and has raised concerns on Capitol Hill. While Ratcliffe has been similarly loyal to President Donald Trump, he promised in his Senate confirmation hearing to be an independent head of the nation's intelligence agencies and said he would keep Congress informed of important developments.

Ratcliffe will replace former DNI Dan Coats, a former Indiana senator who had a good relationship with his former colleagues but frequently clashed with Trump. Since then, Trump, who has long been skeptical of the nation’s intelligence community, has installed acting heads and ousted and fired multiple intelligence officials.

The Texas Republican was first picked by Trump for the post last summer, shortly after Coats’ resignation, but then withdrew after some Senate Republicans questioned his experience. GOP senators warmed to Ratcliffe after Trump unexpectedly nominated him again in February, as concerns grew about Grenell and the turnover in the intelligence community.

Most Republicans have praised Ratcliffe since his second nomination. But Democrats have been skeptical that he will serve with the independence they say is crucial for the job.

At his hearing, Ratcliffe worked to separate himself from the president, including by saying he believed Russia interfered in the 2016 presidential election, a conclusion Trump has often resisted. He said he would communicate to Trump the intelligence community’s findings even if he knew Trump disagreed with them and might fire him.

Democrats were not convinced. The top Democrat on the panel, Virginia Sen. Mark Warner, told Ratcliffe at the hearing that “I don’t see what has changed since last summer,” when his nomination was withdrawn.

Ratcliffe’s nomination was approved 8-7 in a closed committee hearing Tuesday, with all Democrats voting against it, according to a committee aide.

Ratcliffe sits on the House intelligence, judiciary and ethics committees. He was a member of Trump’s impeachment advisory team last fall and aggressively questioned witnesses during the House impeachment hearings.