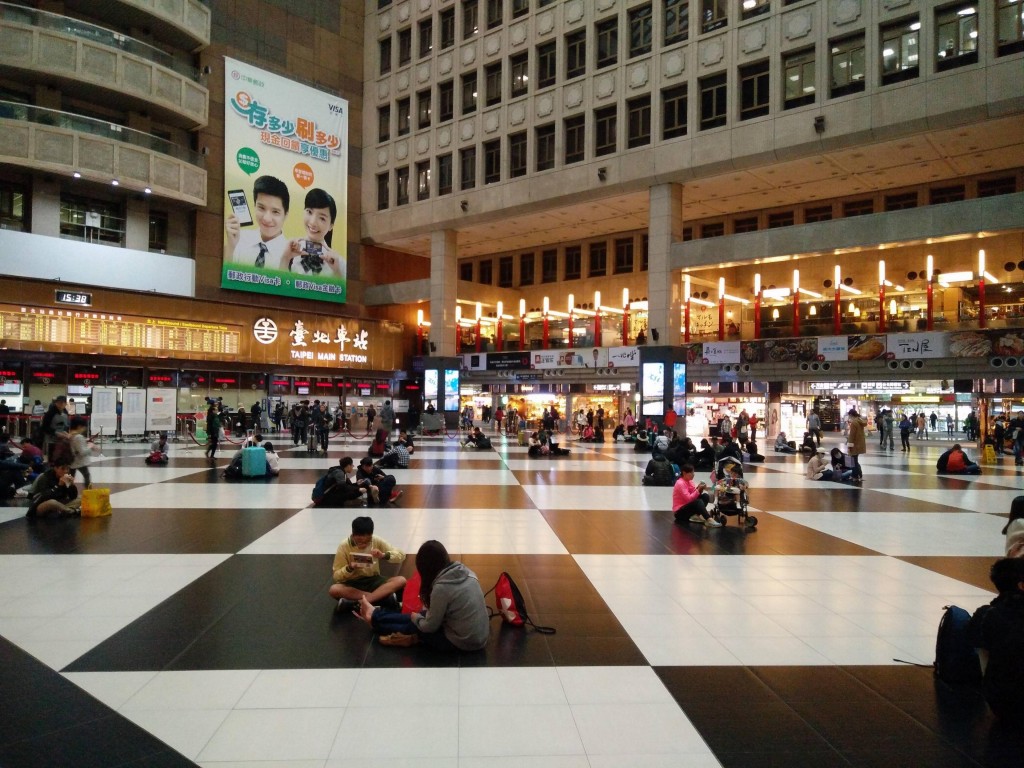 TAIPEI (Taiwan News) — The Ministry of Transportation and Communications (MOTC) on Wednesday (May 20) said there is no "permanent ban" on sitting on the floor of the Taipei Main Station lobby and warned that protesters planning a rally there on Saturday (May 23) could face stiff fines.

On Monday (May 18), the Taiwan Railways Administration (TRA) said that the current ban on sitting in the station's main hall, which was imposed at the start of the Wuhan coronavirus (COVID-19) outbreak, would be made permanent. The announcement sparked outrage among the migrant worker community, who often use the area as a place to hold social gatherings with fellow countrymen on weekends.

To voice their opposition to making the ban permanent, a Facebook group is organizing a sit-in protest on the floor of the lobby on Saturday (May 23). Thus far, 738 people say that they will be going, while over 4,000 are interested.

During a meeting of the Legislative Yuan’s Transportation Committee in Taipei on Wednesday (May 20), Deputy Minister of Transportation and Communications Wang Kwo-tsai (王國材) said that no "permanent ban" option is being considered, reported UDN. However, Wang said the installation of seats and the scope and time limit for sitting in the area are all under discussion.

Kuomintang (KMT) Legislator Hung Mong-kai (洪孟楷) said the station's main hall is a public space and that the TRA cannot arbitrarily make such decisions without consulting others. Hung suggested that before a decision is made, opinions be gathered from the public and new regulations be set, such as "no lying on the ground" and "do not obstruct passersby."

Wang said that the area will eventually be reopened to the public but will be redesigned. He said that according to the current plan, the lobby will remain off-limits through the end of July.

He said that in the meantime, the TRA will devise a plan for the usage of the space and make an announcement before late July. Wang said that according to his understanding, the TRA has discussed the possibility of installing seats and whether there should be a time limit and demarcation of where people can sit.

Wang warned that public gatherings in the station's lobby are still prohibited and that protesters could face fines of between NT$3,000 (US$100) and NT$15,000 for violating the Communicable Disease Control Act (傳染病防治法), reported Newtalk.