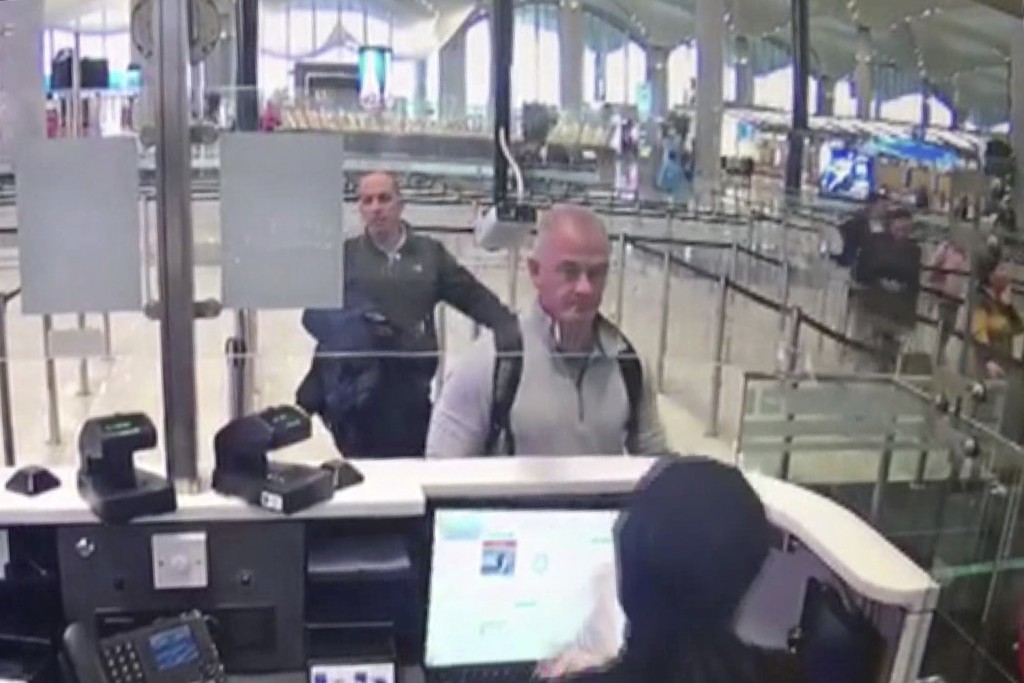 Decades before a security camera caught Michael Taylor coming off a jet that was carrying one of the world’s most-wanted fugitives, the former Green Beret had a hard-earned reputation for taking on dicey assignments.

Over the years, Taylor had been hired by parents to rescue abducted children. He went undercover for the FBI to sting a Massachusetts drug gang. And he worked as a military contractor in Iraq and Afghanistan, an assignment that landed him in a Utah jail in a federal fraud case.

So when Taylor was linked to the December escape of former Nissan CEO Carlos Ghosn from Japan, where the executive awaited trial on financial misconduct charges, some in U.S. military and legal circles immediately recognized the name.

Taylor has “gotten himself involved in situations that most people would never even think of, dangerous situations, but for all the right reasons,” Paul Kelly, a former federal prosecutor in Boston who has known the security consultant since the early 1990s, said earlier this year.

“Was I surprised when I read the story that he may have been involved in what took place in Japan? No, not at all.”

Wednesday, after months as fugitives, the 59-year-old Taylor and his 27-year-old son, Peter, were arrested in Massachusetts on charges accusing them of hiding Ghosn in a shipping case drilled with air holes and smuggling him out of Japan on a chartered jet. Investigators were still seeking George-Antoine Zayek, a Lebanese-born colleague of Taylor.

Kelly, now serving as the attorney for the Taylors, said they plan to challenge Japan’s extradition request “on several legal and factual grounds.”

“Michael Taylor is a distinguished veteran and patriot, and both he and his son deserve a full and fair hearing regarding these issues,” Kelly said in an email.

Some of those who know Taylor say he is a character of questionable judgment, with a history of legal troubles dating back well before the Utah case. But others praise him as a patriot, mentor and devoted family man, who regularly put himself at risk for his clients, including some with little ability to pay.

“He is the most all-American man I know,” Taylor’s assistant, Barbara Auterio, wrote to a federal judge before his sentencing in 2015. “His favorite song is the national anthem.”

In 1993, a Massachusetts state trooper investigated Taylor for drug running and sued his supervisor after being told to stop scrutinizing the prized FBI informant. In 1998, Taylor was granted immunity in exchange for testifying against a Teamsters official accused of extortion. In 1999, he pleaded guilty to planting marijuana in the car of a client’s estranged wife, leading to her arrest, according to a 2001 report in the Boston Herald.

Taylor also made headlines in 2011 when he resigned as football coach at a Massachusetts prep school, Lawrence Academy, which was stripped of two titles. Taylor was accused of inappropriate donations, including covering tuition for members of a team that included seven Division I recruits.

“It wasn’t pleasant what he was yelling at us across the field. He was calling us out for not being man enough to kick the ball,” said John Mackay, who opposed Taylor as coach of St. George’s School in Rhode Island. “His zeal, probably like he does everything in life, is to the Nth degree.”

The security business that Taylor and a partner set up decades ago was initially focused on private investigations but their caseload grew through corporate work and unofficial referrals from the State Department and FBI, including parents whose children had been taken overseas by former spouses.

“Michael Taylor was the only person in this great country that was able to help me, and he did,” a California woman whose son was taken to Beirut, wrote to the sentencing judge in the Utah military contracting case. “Michael Taylor brought my son back.”

In 2012, federal prosecutors alleged that Taylor won a U.S. military contract to train Afghan soldiers by using secret information passed along from an American officer. The prosecutors said that when Taylor learned the contract was being investigated, he asked an FBI agent and friend to intervene.

The government seized $5 million from the bank account of Taylor’s company and he spent 14 months in jail before agreeing to plead guilty to two counts. The government agreed to return $2 million to the company as well as confiscated vehicles.

The plot to free Ghosn apparently began last fall, when operatives began scouting Japanese terminals reserved for private jets. Tokyo has two airports within easy reach of Ghosn’s home. But the group settled on the private terminal at Osaka’s Kansai International Airport, where machines used to X-ray baggage could not accommodate large boxes.

On the day of the escape, Michael Taylor and Zayek flew into Japan on a chartered jet with two large black boxes, claiming to be musicians carrying audio equipment, according to court papers.

Around 2:30 that afternoon, Ghosn, free on hefty bail, left his house on a leafy street in Tokyo’s Roppongi neighborhood and walked to the nearby Grand Hyatt Hotel, going to a room there and departing two hours later to board a bullet train for Osaka.

At 11:10 p.m., the chartered Bombardier, its windows fitted with pleated shades, lifted off. The flight went first to Turkey, then to Lebanon, where Ghosn has citizenship, but which has no extradition treaty with Japan.

“I didn’t run from justice,” Ghosn told reporters after he resurfaced. “I left Japan because I wanted justice.”