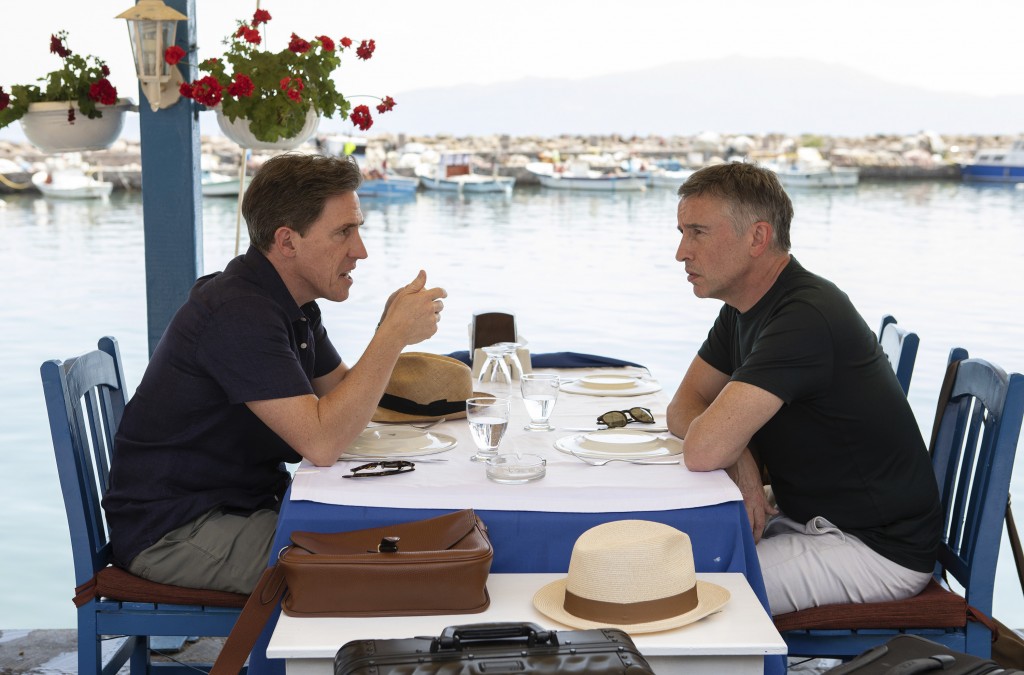 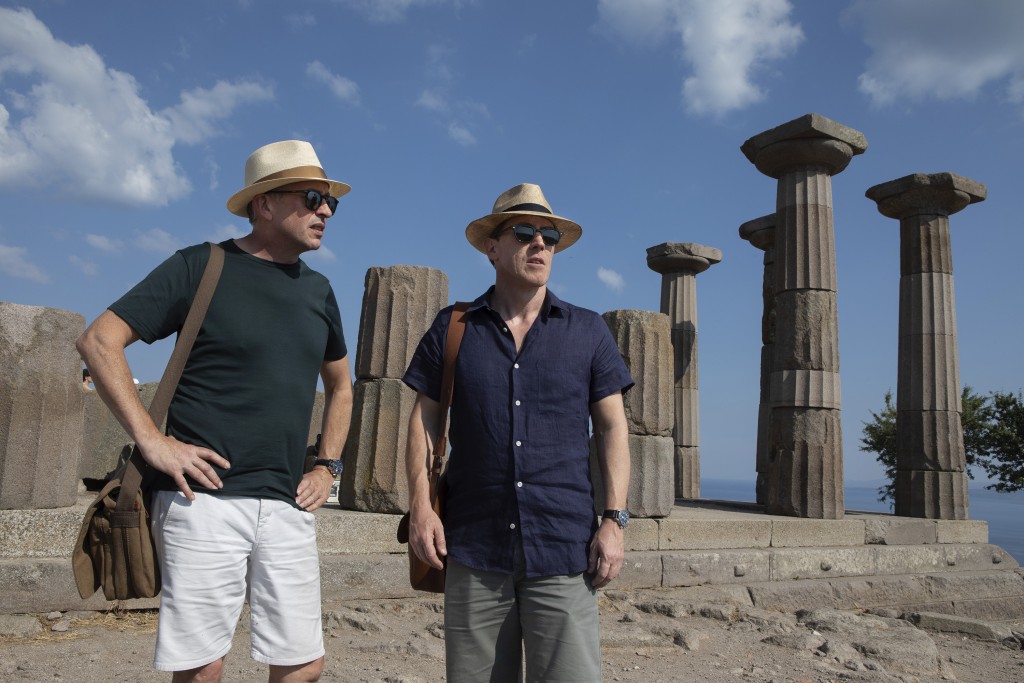 LOS ANGELES (AP) — There was never supposed to be more than one “Trip” for Steve Coogan, Rob Brydon and director Michael Winterbottom. But, however improbably, the band came back together for a second, third and, now, a fourth excursion of food, wine, impressions and mid-life crises. This time, their semi-fictionalized versions of themselves travel to Turkey and Greece to retrace Odysseus’s 10-year journey home in six days.

The Associated Press spoke to Coogan and Brydon recently from their respective quarantines, about “ The Trip to Greece,” available on demand and in some theaters Friday, and calling it quits. Remarks have been edited for clarity and brevity.

AP: Is this really the end?

BRYDON: I think so. Personally, I have every comedians' instinct to get off the stage.

COOGAN: It’s always a fight for every performer because you want approbation and adulation, but at the same time, you don’t want to overstay your welcome. Long term survival means getting off the stage before it’s demanded of you.

BRYDON: That’s not to say that in 10 years’ time when we’ve aged more visibly...

COOGAN: When we’ve MATURED so beautifully.

BRYDON: Yes, matured. That’s a much better word than aged.

COOGAN: Like fine wines, we’ll need to be uncorked.

AP: Did you feel any pressure to read The Odyssey and The Aeneid to prepare?

COOGAN: At one point we were planning on working out so we had the bodies of Greek Adonises. That went by the wayside too.

AP: You were worried about having to improvise for hours on end for the first film. Has it gotten easier or more difficult with the subsequent films?

COOGAN: The first one was an experiment. Rob and I were very against it and Michael lobbied us for a while. I thought it would be too thin, the material would be self-indulgent and just pointless. But Michael had the form and we knew he didn’t do crappy stuff. At the worst, Michael makes noble failures. I said look let’s just do it so we can stop having these conversations about it. In the subsequent ones we sort of felt like we sort of knew what we were doing.

AP: Do you ever feel like you’ve crossed the line and hurt the other's feelings while improvising?

COOGAN: Yes definitely. We had a gentleman’s agreement that we were allowed to look for each other’s Achilles' heels and prod those more vulnerable parts and say, look, we’re not to take offense. But even having made that agreement sometimes I got pissed off with Rob. But if we hadn’t risked offending each other and sometimes crossed the line, we wouldn’t have got the other stuff that was so good.

AP: Does the current state of things make you more wistful for the travel?

BRYDON: It makes the film even more escapist. It’s already almost a year since we did it but it seems like another lifetime ago. But it won’t last forever. Probably just for our natural lifetime.

AP: Do you ever travel together when you’re not being paid for it?

COOGAN: No, we don’t. And we don’t really socialize outside. I run into Rob at awards ceremonies.

BRYDON: I run into him and I say, “Would you like red or white?”

COOGAN: Rob’s jesting, but there is some truth to what he said. But the fact that we don’t socialize in between helps. When we do go on these trips we have a bank of things we want to say to each other.

BRYDON: We really are living in each other’s pockets for 4-5 weeks. We’ll always stay in the same hotel and often the crew won’t be there because it’s too nice. We have breakfast together, just the two of us, we film all day, and then we have dinner together.

COOGAN: It does become a bit like a strange marriage. Sometimes it is a little annoying but I mostly accept him for what he is.

AP: Do you think you’ll find an occasion to work together again?

BRYDON: Just by the wave of your hand you decree that we’ll work together again?

COOGAN: Something different, I’ve decided. And I won’t leave Rob sitting by the phone for too long.

BRYDON: I’d like to do a remake of that Alfonso Cuaron film “Gravity.” I think that’s a natural fit. But a musical version.

COOGAN: With me as Sandra Bullock and Rob as George Clooney.