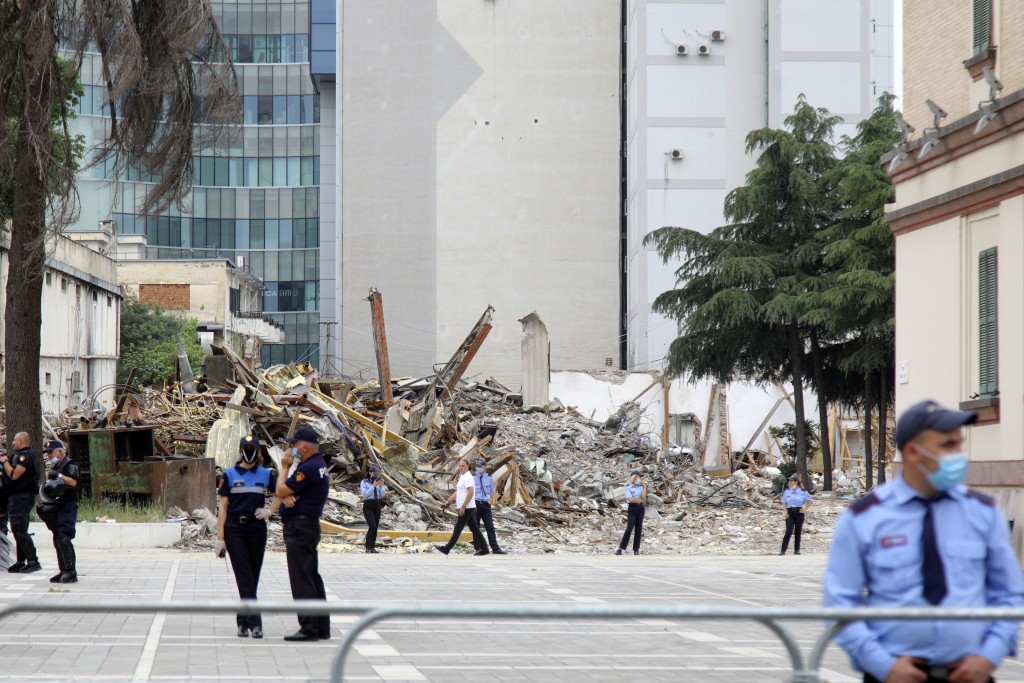 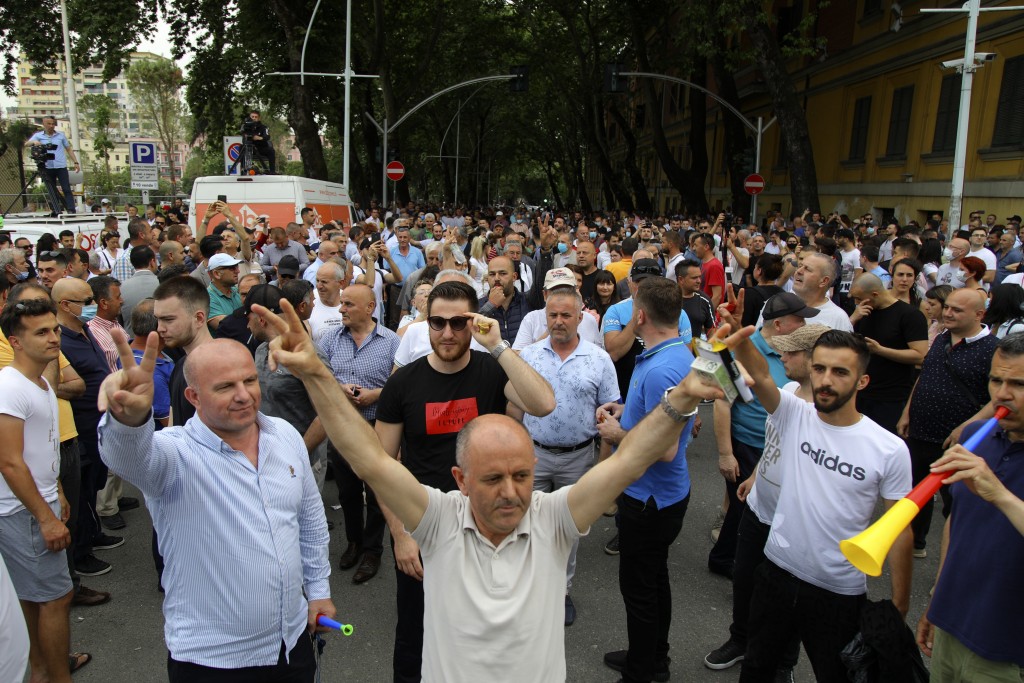 TIRANA, Albania (AP) — Albanian artists on Wednesday defied lockdown restrictions to hold a new, peaceful protest over the demolition of the capital's crumbling National Theater building, demanding the government rebuilds it along the original plans.

Artists of the Alliance for the Theater Protection, which had pressed for the building to be renovated as part of the country's heritage, not destroyed, described its demolition as a “terrorist act.”

Despite a first protest on Sunday, the building in central Tirana was torn down hours later after police pulled away a group of artists and opposition party officials. The government wants to erect a new, modern theater in its place.

“Let’s rebuild the National Theater where it was and like it was!” artists urged in a petition Wednesday, as several hundred people protested near the site of the late 1930s Italian-designed building.

The protest, like previous ones on Sunday and Monday, was also backed by opposition party supporters. In a statement, the main opposition center-right Democratic Party called on Albanians “not leave their life in the hands of a regime that has made a pact with crime.”

“We want justice to shed light on the terrorist attack against artists, activists, citizens and intellectuals,” said Robert Budina, a leading member of the Alliance.

Center-left Prime Minister Edi Rama, a former mayor of Tirana, says a new 30 million-euro ($32.4 million) theater will replace the old one — designed by Danish architects from the Bjarke Ingels Group.

It’s not clear when rebuilding will begin. Initially, a local construction company was going to build and fund it in exchange for the government giving the firm a nearby plot to build towers on. But the government abandoned that plan because of protests, and the construction of the new theater will now be funded by Tirana’s city hall.