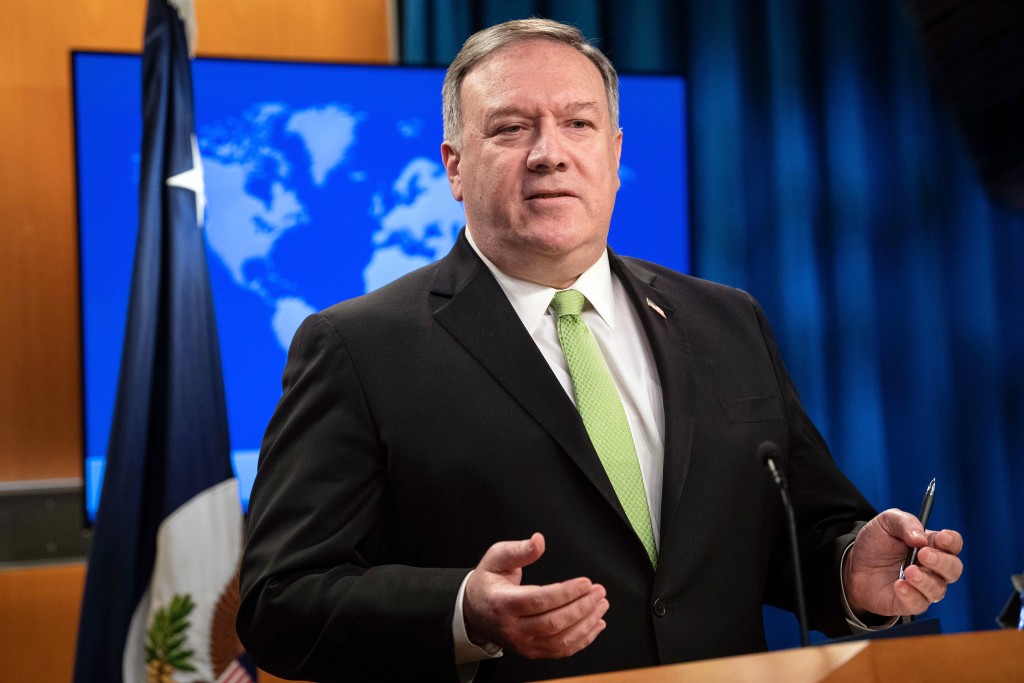 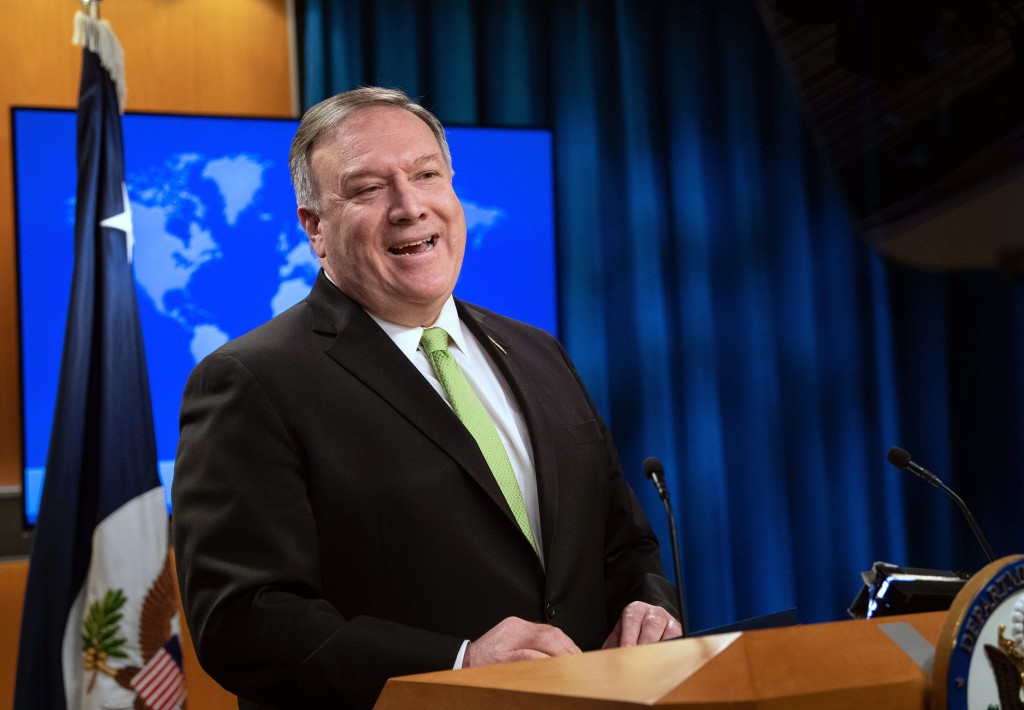 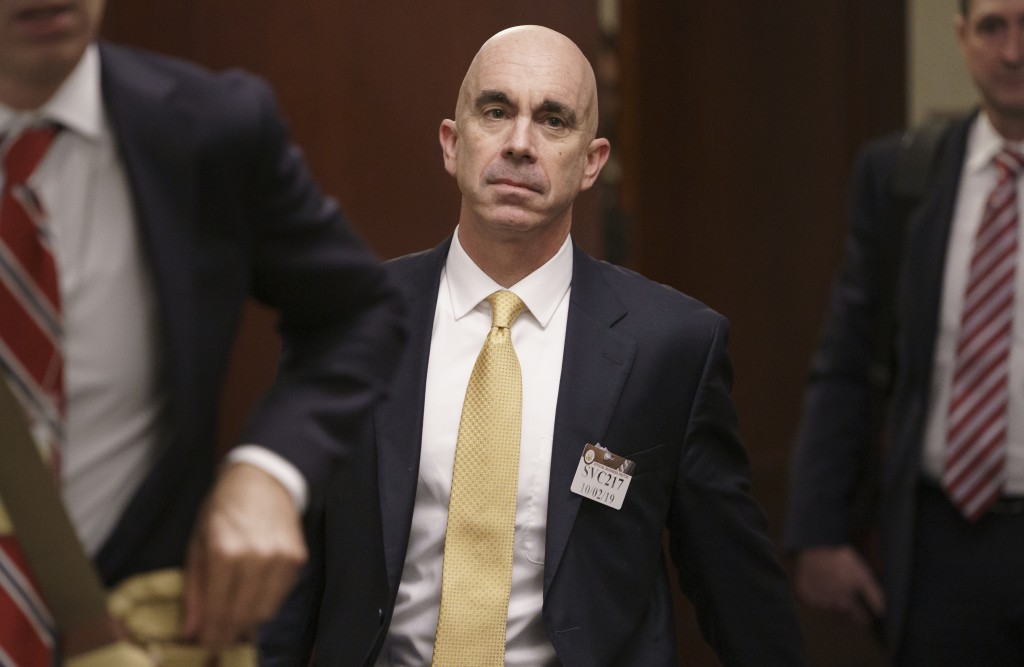 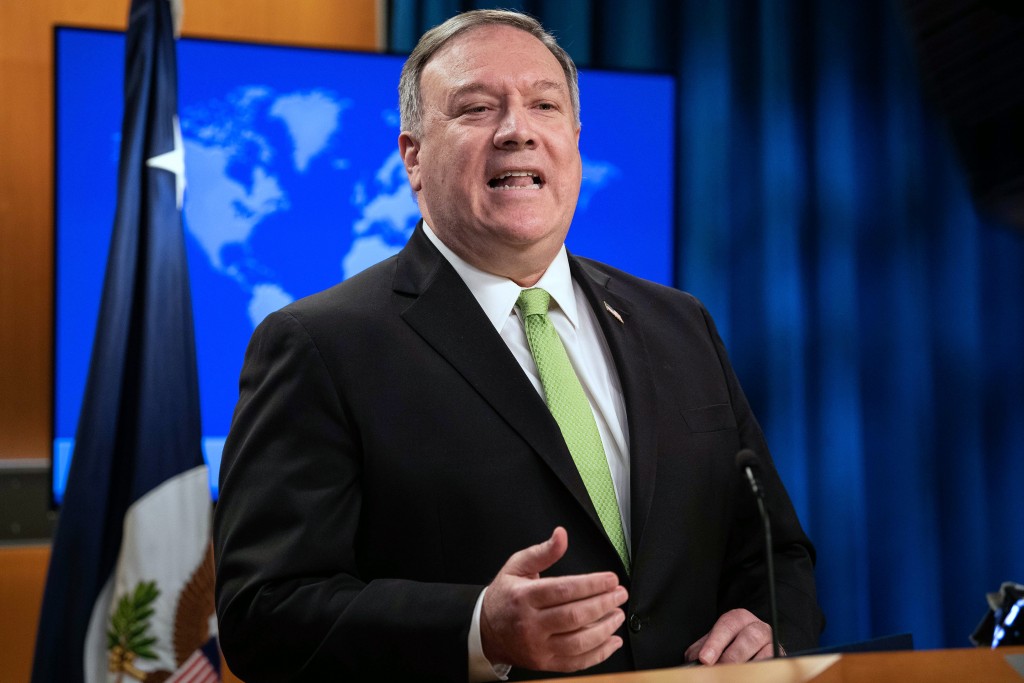 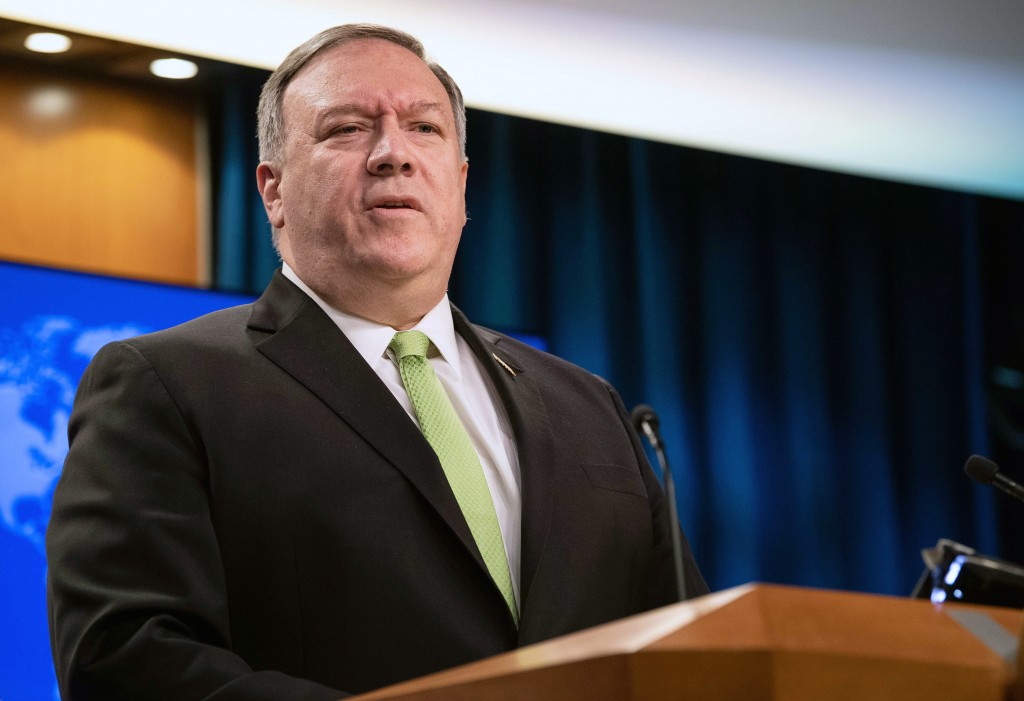 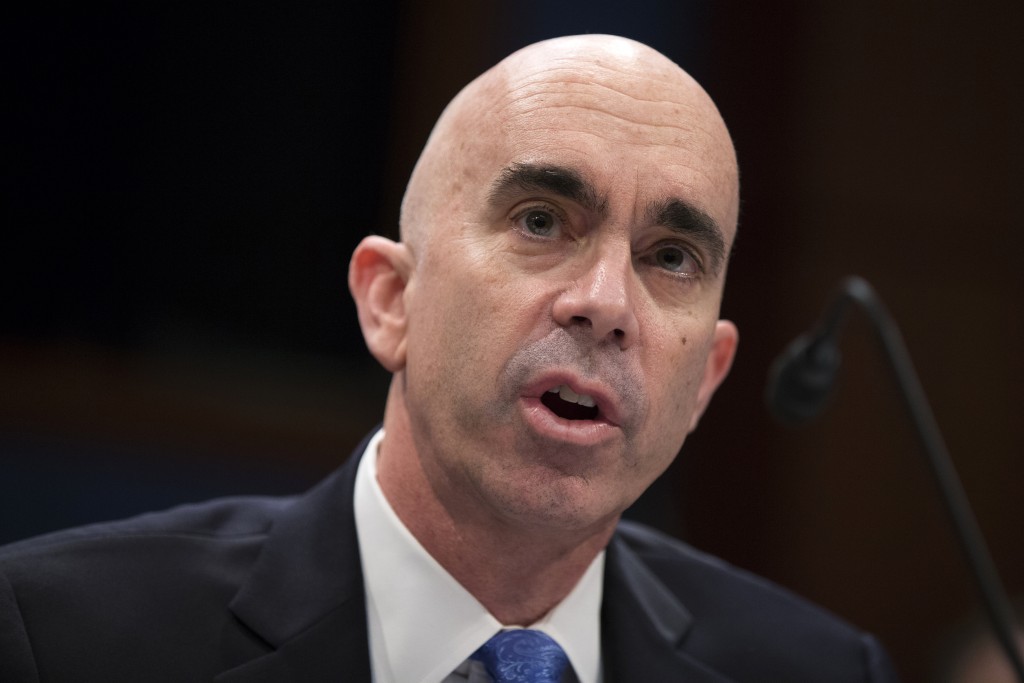 Pompeo took an unusually harsh shot at the top Democrat on the Senate Foreign Relations Committee, New Jersey Sen. Bob Menendez. Pompeo accused the senator's office of being behind allegations that Linick's ouster was motivated by revenge. Pompeo said he would not take ethics lessons from Menendez, who was the subject of a now-dismissed criminal ethics investigation.

“I don’t get my ethics advice from Sen. Menendez," he said.

Menendez's office had no immediate comment on Pompeo's remark.

Pompeo told reporters that he was unaware of any inspector general investigation into allegations that he may have mistreated staffers by instructing them to run personal errands for him and his wife. Thus, Pompeo said, it would have been impossible for retaliation to have been the motive behind his recommendation to President Donald Trump to dismiss Linick.

Allegations to that effect are “patently false," he said, “I couldn't possibly have retaliated.”

Pompeo did acknowledge that he was aware of an investigation into his decision last year to bypass congressional objections to approve a multibillion-dollar arms sale to Saudi Arabia because he had answered written questions about it posed by Linick's office, But Pompeo maintained he did not know the scope or scale of the investigation.

Trump fired Linick late on Friday in what congressional aides have suggested was a move to preempt investigations into Pompeo’s personal conduct or possibile impropriety in the Saudi arms sale. Pompeo, who previously told The Washington Post that Linick had been “undermining” the State Department's work, said he had recommended Linick's removal, but refused to cite specific reasons.

Pompeo said he had been concerned about the inspector general's work for some time and that he regretted not calling for his dismissal earlier. “I recommended to the president that Steve Linick be terminated,” he said. “I frankly should have done it some time ago."

Linick is one of several inspectors general that Trump has removed from office, sparking outrage among Democrats who say the administration is waging war on accountability. Democrats and some Republicans have questioned the firings, saying the watchdogs can only be removed for cause and that Trump's explanation that he has lost confidence in them is not enough.

Linick was an Obama administration appointee whose office was critical of what it saw as political bias in the State Department’s current management but had also taken issue with Democratic appointees.

Menendez and Democratic Rep. Eliot Engel of New York, chairman of the House Foreign Affairs Committee, have initiated an investigation into Linick's firing. They demanded that administration officials preserve and turn over all records related to Linick’s dismissal and provide them to the committees by Friday.

Pompeo did not respond to a question about whether the State Department would comply with the demand.