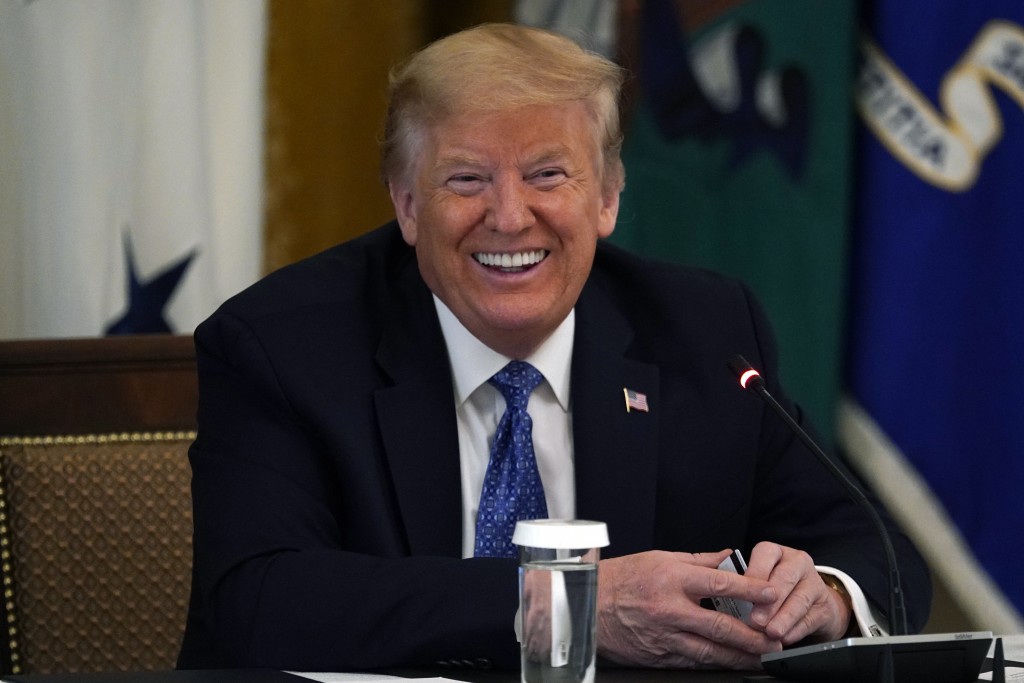 WASHINGTON (AP) — President Donald Trump said Wednesday that he's considering holding a meeting in the U.S. with the leaders of the world's major economies after all because it would be a “great sign to all” of things returning to normal during the coronavirus pandemic.

Trump had scheduled the Group of Seven summit for June 10-12 at Camp David, the presidential retreat in Maryland. But in March, he announced he was canceling the annual meeting because of the pandemic. He said the leaders would confer by video conference instead.

But Trump has recently been making an aggressive push to see the U.S. economy humming again after many businesses were closed to help slow the virus.

“Now that our Country is ‘Transitioning back to Greatness’, I am considering rescheduling the G-7, on the same or similar date, in Washington, D.C., at the legendary Camp David,” Trump tweeted. “The other members are also beginning their COMEBACK. It would be a great sign to all - normalization!”

Trump said the rescheduled meeting could be held in Washington, at an unspecified site, or at Camp David around the same June 10-12 time frame.

It was not immediately clear how such a meeting could be arranged so quickly.

The District of Columbia remains under stay-at-home orders at least through June 8. At the same time, leaders of the group's member nations are in various stages of reopening their own societies.

The U.S. holds the G-7's rotating presidency this year and gets to determine where the meeting is held and set the agenda. Britain, Canada, France, Germany, Italy and Japan are the other members.

Trump originally planned to hold the annual summit at his private golf course near Miami. But he switched the venue to Camp David, which he visited last weekend and which is run by the U.S. military, after a public outcry over holding it at one of his money-making properties.