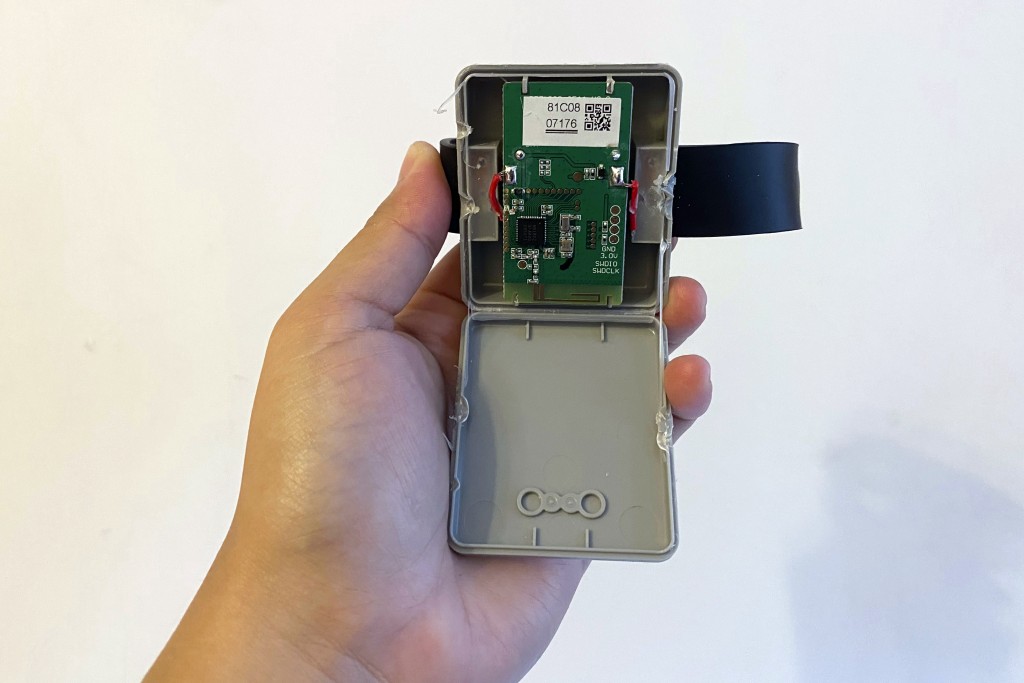 HONG KONG (AP) — It took only a few seconds. Shortly after I stepped off a flight from Singapore, an official at the Hong Kong immigration counter gestured for me to extend my arm, then strapped a bulky plastic box to my wrist.

And just like that, I had a new companion for the next 14 days of self-isolation — a government quarantine tracker.

In online pictures, the trackers were inconspicuous devices almost like a concert wristband. Those didn't look so bad. What I got, though, was a gadget about the size of a deck of cards that I had to pair with a government quarantine app. After that, if I left my home or stepped more than 30 feet from my phone for a prolonged period of time, the app would alert authorities that I may have broken quarantine.

The bulky tracker turned out to be a new version released after Hong Kong admitted that only a third of the first-generation wristbands actually worked. The rest simply never activated.

On the taxi ride home, I examined it closely. The tracker hardly looked like a high-tech device meant to keep tabs on me. It was so light that I wondered if maybe it was an empty shell, a cheap fake to trick me into staying put.

I wasn't about to take it off to find out, even though having a tracker branded me as a potential risk to society, at least for two weeks. I found myself trying to hide it when I arrived at my apartment building, afraid others might see and shun me.

Over the next two weeks, I wore the tracker in the shower, while exercising, and of course to sleep. Sometimes I'd forget about it entirely. At other moments, the constant presence on my wrist was all I could feel, a perpetual reminder that I was a virtual prisoner in my home.

It did make a handy conversation starter. When I showed it off at a friend’s Zoom birthday party, many giggled at the size of it. One attendee called it my ankle monitor.

Despite the jokes, I was keenly aware that I was privileged to be in comfortable quarters, unlike some who had to quarantine in Hong Kong’s infamous cage homes — regular apartments effectively subdivided into tiny cells.

But being in quarantine also frustrated me. I had to rely on the goodwill of my flatmate to help me buy groceries and the like, and I used food delivery services for most of my meals to avoid having to trouble her.

Sometimes, I’d forget which day of the week it was. When I needed fresh air, I’d stick my head out of the one window in my living room that wasn’t grilled shut, envying people walking freely outside.

Since neither tracker nor app did much to attract attention, it was easy to forget I was under surveillance — at least, until an alert popped up on my iPhone to remind me the app was watching. On the third day of my quarantine, a government official called to check if I was at home. On the 10th day, two uniformed officers came knocking, asking me to show identification to prove I hadn't gone anywhere.

When the clock struck midnight on Sunday, my quarantine was over. Immediately, I snipped off the tracker and tapped the “Finish the quarantine” button in the app before uninstalling it. What a relief.

Just to be sure, though, I got out a hammer and a screwdriver and cracked the tracker open, then removed the small circuit board inside and pulled out its battery. Free at last.