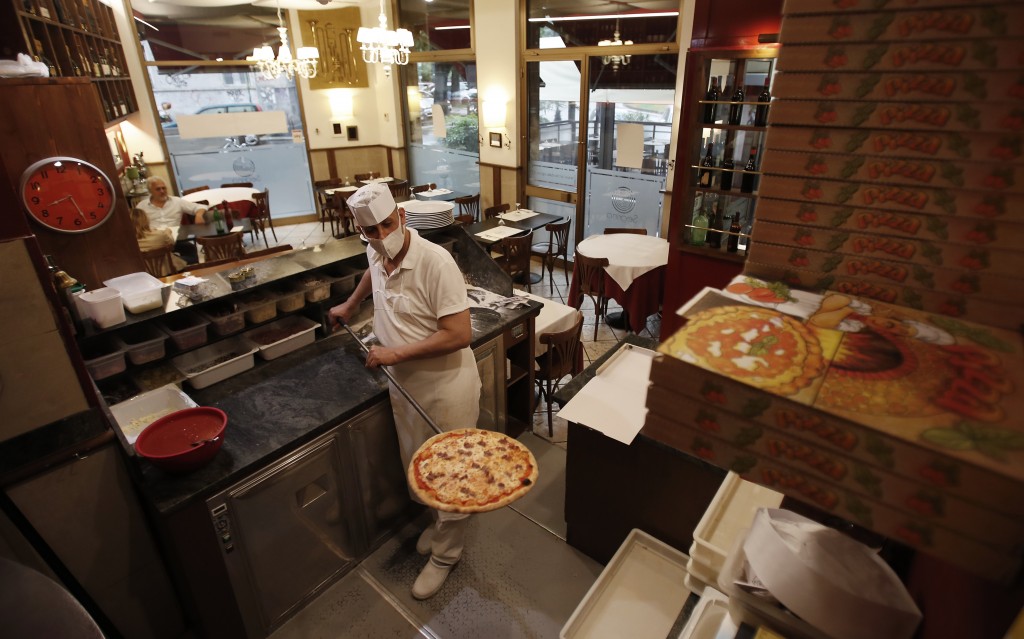 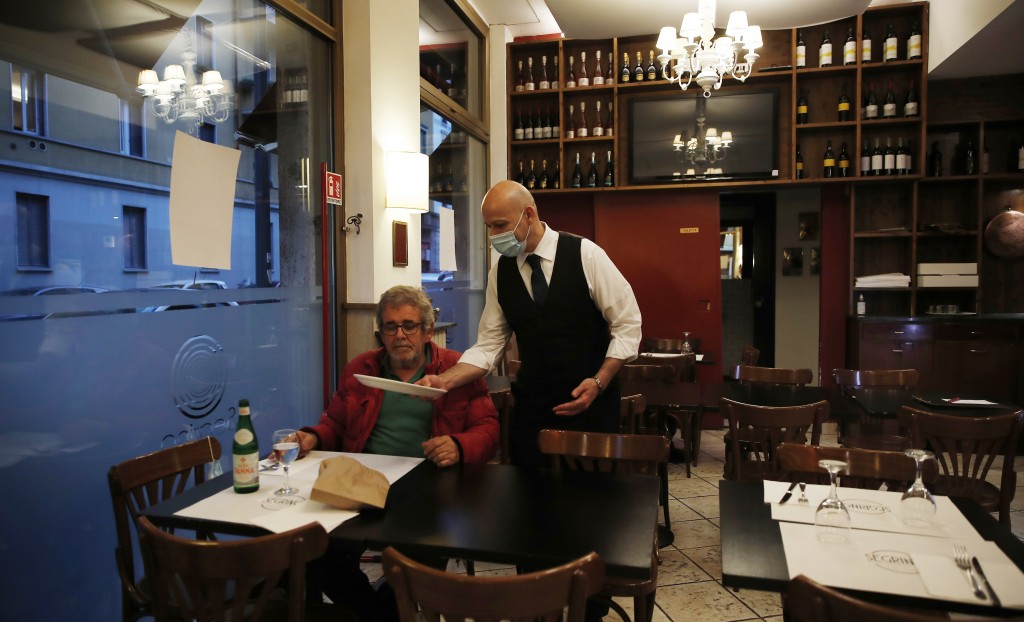 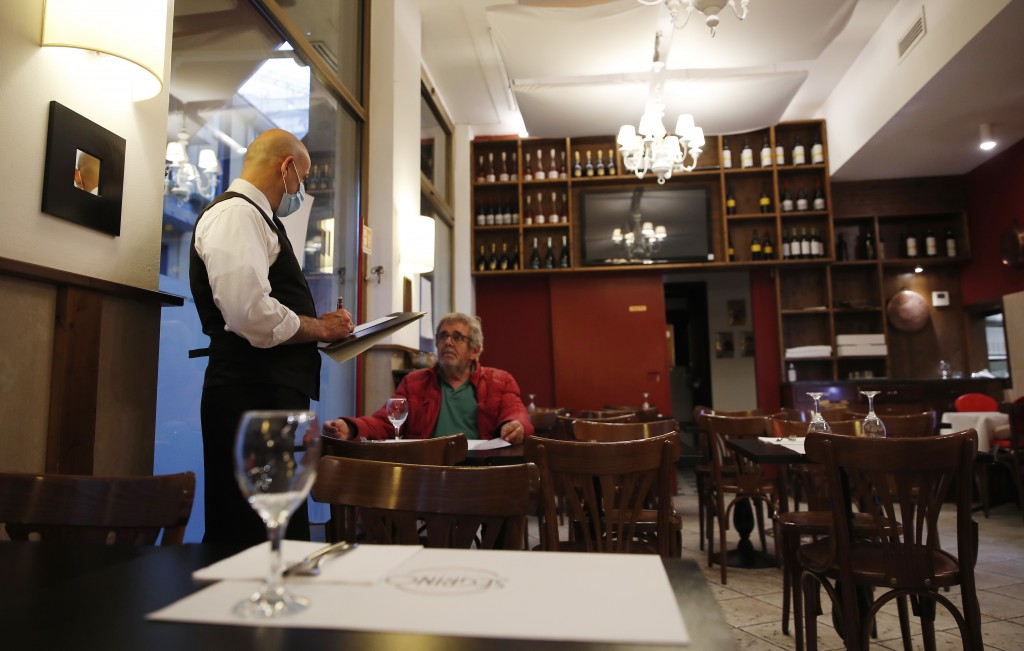 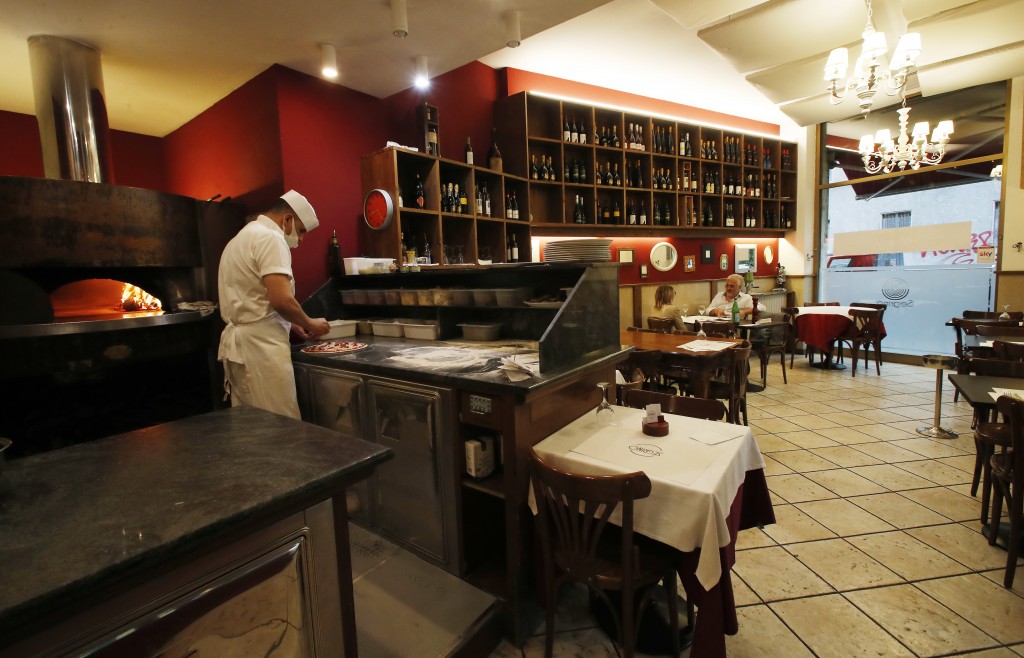 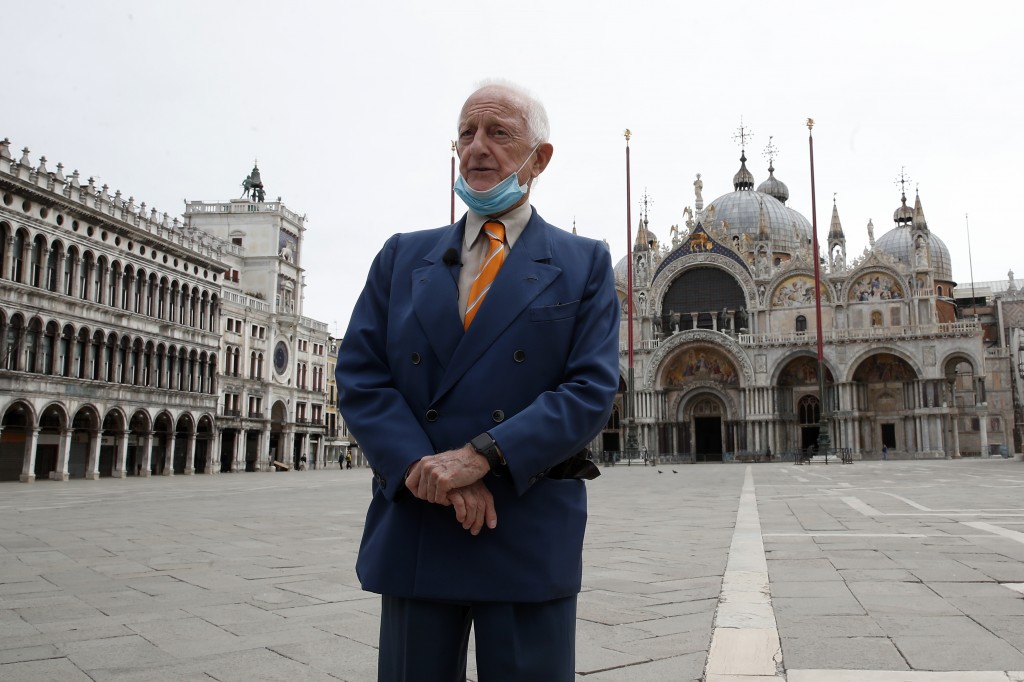 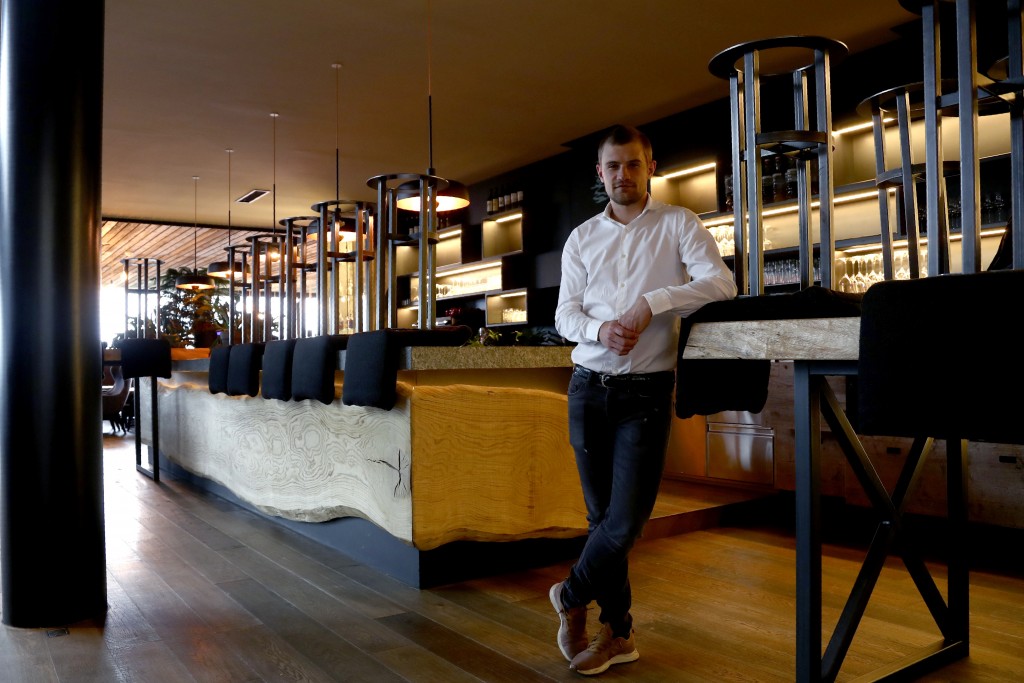 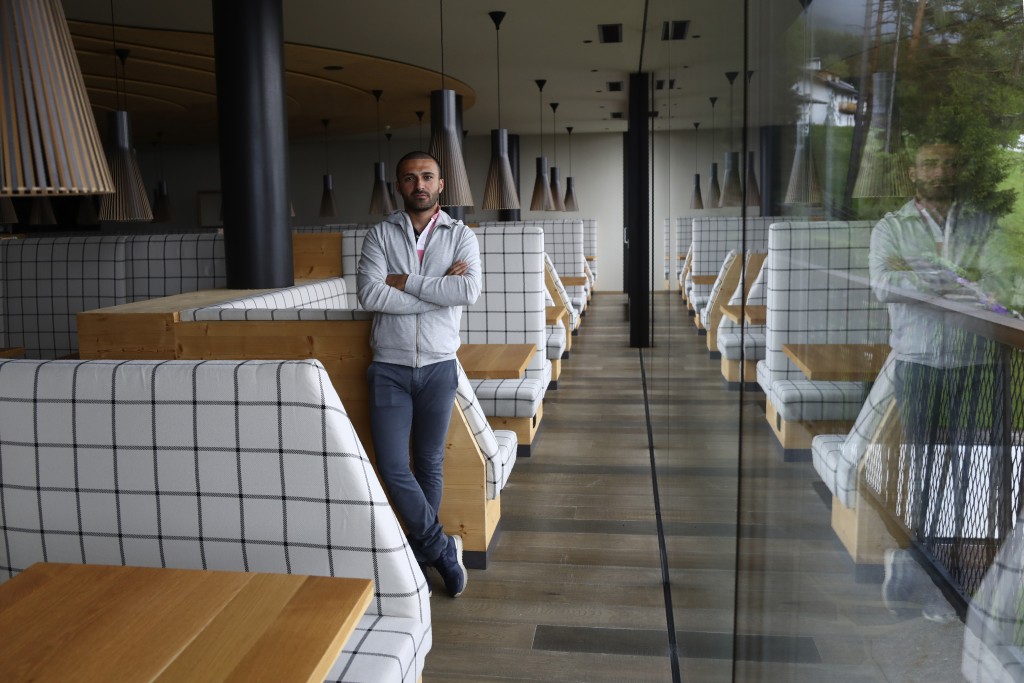 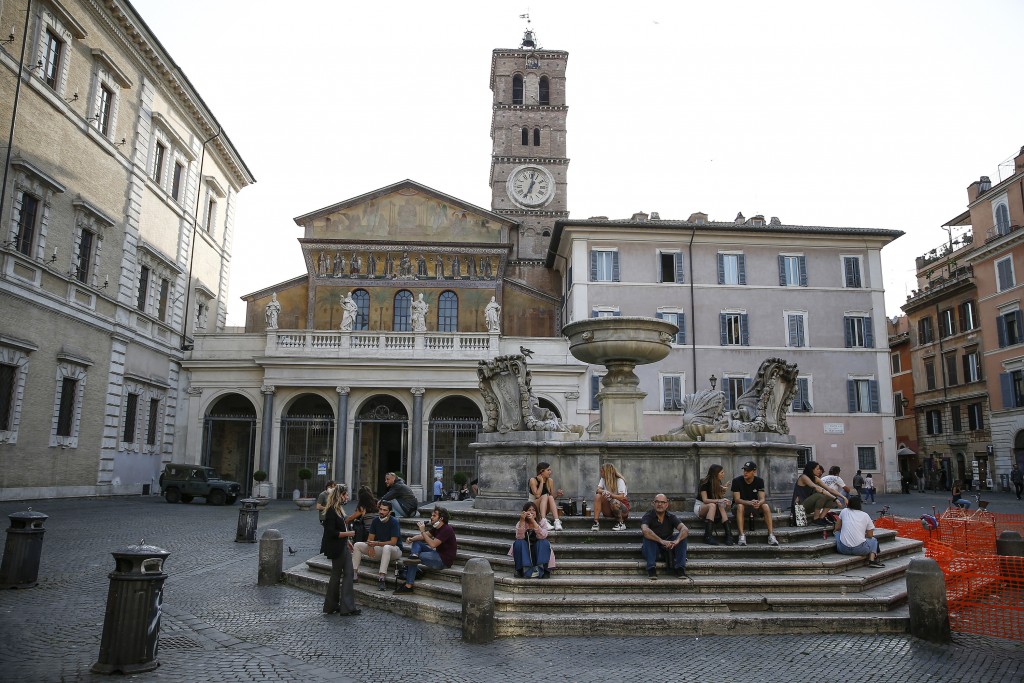 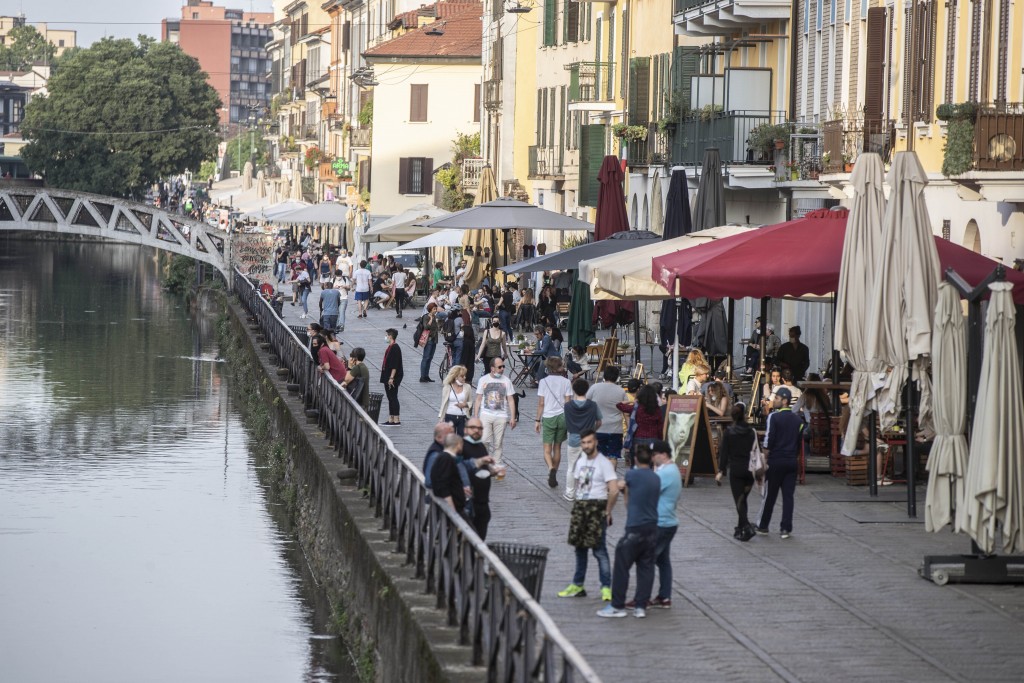 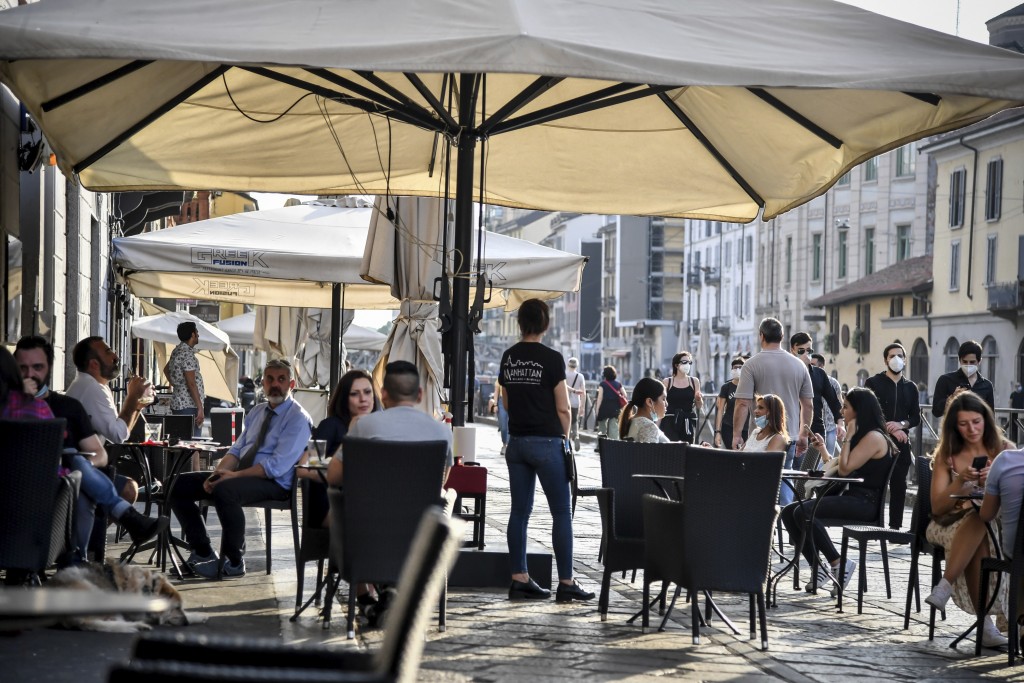 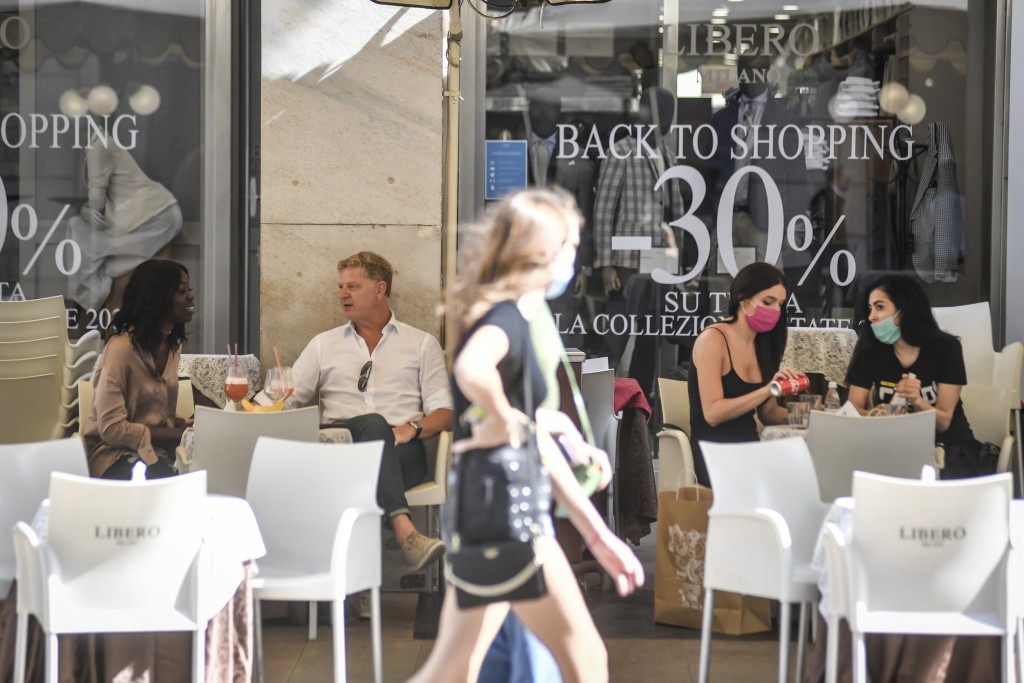 ROME (AP) — Italy's restaurants and pizzerias, for foodies the world over a key reason to visit, are facing an existential threat. Those that didn't fold after 10 weeks of a strict coronavirus lockdown are emerging to find that new social distancing requirements might yet drive them out of business.

While Italians reveled this week in being able to sit down to a plate of spaghetti alle vongole (spaghetti with clams) at their local trattoria for the first time since March, a slew of studies suggest that as many as a third of Italy's bars and restaurants risked closing. The reasons? Financial losses already incurred by the lockdown, a projected tourism downturn, reduced table capacity and Italians' own fears about eating out.

Venice's famed Harry's Bar — the birthplace of the Bellini cocktail of white peach juice and prosecco — has closed until further notice.

“We can't think about opening with just five or six people" allowed inside at a time, said owner Arrigo Cipriani.

Milan chef Matteo Fronduti, who won the first Italian edition of “Top Chef," announced that his Manna restaurant wouldn't reopen for now, given lingering questions about the continued risk of contagion and the Italian government's confusing regulations for restaurants.

Only when those questions were answered, Fronduti said, would he consider reopening Manna, which features unusual, wildly named dishes like "Against the wear and tear of modern life," (artichokes, raw jumbo shrimp and lemon) and “All talk" (spaghetti, broccoli rabe, herring and horseradish).

“Until then, I'll continue listening and making meatballs," Fronduti wrote on Facebook.

As it is, the lockdown in the birthplace of the Slow Food movement has already cost Italy's food and beverage sector 14 billion euros ($15.1 billion) in lost revenue, the Bain consultancy said. It estimated the full-year losses could reach 30 billion euros ($32.4 billion) in an industry that is worth 4% of Italy's gross domestic product and accounts for 5% of its jobs. Bain projected that up to 300,000 jobs were at risk.

“It is a situation that is a bit apocalyptic,” said Manuela Paiella, owner of the Corsi Trattoria in downtown Rome, a popular lunchtime spot for tourists and Romans alike. “Never would we ever have thought in the restaurant business, in the historic center of a European capital, that we could ever live through something like this.”

Corsi reopened for business on Monday, the first day that restaurants were allowed sit-down customers. But half of the tables were removed due to social distancing rules. Hand sanitizing gel was placed at the entrance and a new ordering system was installed to let customers see the menu on their phones. No longer do waitresses squeeze between tightly packed tables to recite specials.

“We have to turn upside down all the activity that we did before,” lamented chef Raffaele di Cristo, who now must wear a mask and latex gloves to cook. “Everything is changed."

Nearby Pierluigi, one of Rome’s fanciest restaurants, had to renovate its kitchen because workplaces also have to respect social distancing.

Italy’s main farm lobby estimated this week that Italian restaurants and pizzerias saw an 80% drop in consumption during the lockdown, with the ripple effects hitting the vital wine and agricultural sectors particularly hard.

Coldiretti said prior to the coronavirus outbreak, Italians spent 35% of their food budgets outside of the home, from morning cappuccinos to pizza dinners, pumping 84 billion euros ($90.7 billion) a year into the Italian food and beverage industry.

But now, many Italians are too terrified to eat out. An SWG poll this week found that 32% of Italians considered going to a restaurant “unsafe," particularly places with only indoor seating.

Their fears are not unreasonable. For two months, Italy was the epicenter of Europe's coronavirus outbreak, with a surge of patients overwhelming some hospitals in the north and soaring deaths scarring Italian families and psyches. Italy has seen over 32,000 deaths in the pandemic, behind only the United States and Britain.

While Italians have welcomed the easing of lockdown restrictions, many fear a predicted second wave of infections and deaths amid uncertainty that the government has the outbreak under control.

For those staying home, at least there's Massimo Bottura's “Kitchen Quarantine," a weekly YouTube cooking tutorial from the Michelin three-starred chef, who just won a Webby Award for “inspiring home cooking and uplifting spirits" during the COVID-19 crisis.

The show is charming. Narrated in English by his daughter Alexa and featuring cameos of Bottura's American wife and son in their home kitchen, Bottura takes viewers through easy recipes.

Bottura's Osteria Francescana in Modena, one of Italy's best known restaurants, is scheduled to reopen June 2.

But the loss of tourists is hitting the industry hard. Seven out of 10 restaurants on Rome's picturesque Piazza Navona were still shuttered Wednesday. They cater mostly to tourists, so many will likely stay closed at least until Italy reopens to European visitors on June 3.

At L'Isola del Pescatore in the Santa Severa beach resort near Rome, up to 40% of the clientele had been foreigners.

“Certainly we have to be stronger than before and try to restart," said owner Stefano Quartieri as he readied tables to meet the government's new regulations.

Restaurant owners had harshly criticized preliminary government recommendations that their tables be spaced 4 meters (13 feet) apart, arguing it would decimate the industry.

“If you want 4 meters, better to keep us closed," warned Lino Enrico Stoppani, president of the FIPE federation of restaurant owners. The government eventually relented and agreed to a 1-meter (3-foot) distancing rule, and moved up the original June 1 reopening by two weeks.

Diner Francesco Lapenta joined some colleagues for a lunch at Corsi on Monday, sitting widely spaced apart. He read off the menu items from his phone, speaking loudly so his friends could hear.

“We will have to yell more,” said Lapenta as he rattled off the pastas of the day: carbonara, cacio e pepe, gricia. “We will make more noise!”