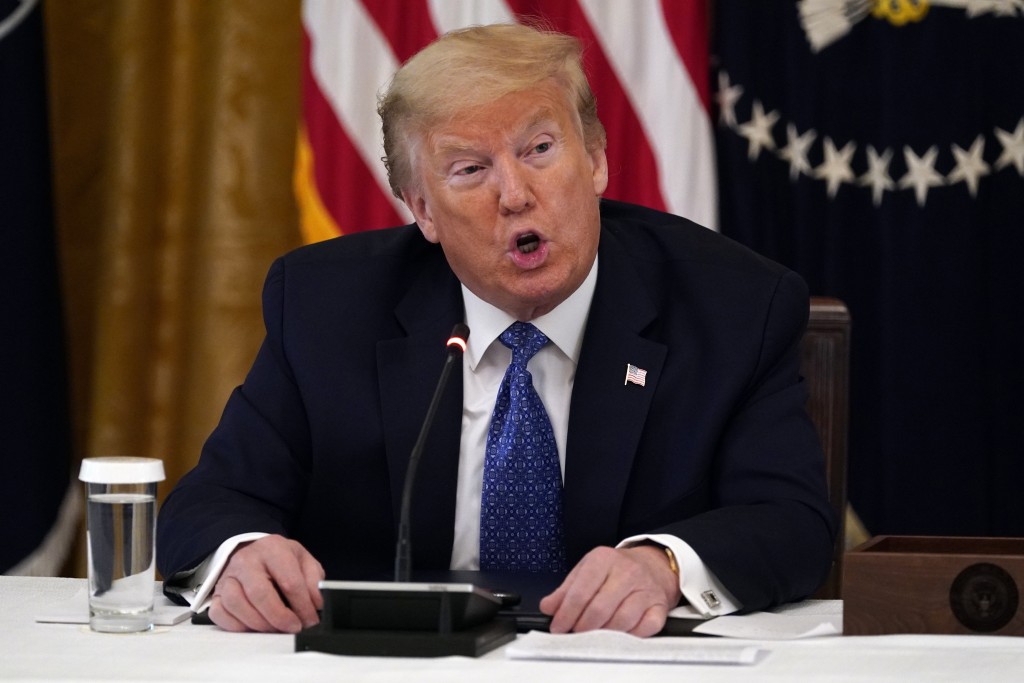 WASHINGTON (AP) — President Donald Trump threatened Wednesday to hold up coronavirus relief money for Michigan after he said — erroneously — that the state had sent absentee ballots to millions of voters. It's not clear that he can do so.

Michigan mailed applications for the absentee ballots, not the ballots themselves.

“Michigan sends absentee ballots to 7.7 million people ahead of Primaries and the General Election," Trump tweeted Wednesday. “This was done illegally and without authorization by a rogue Secretary of State. I will ask to hold up funding to Michigan if they want to go down this Voter Fraud path!”

It was not immediately clear what steps Trump could take to delay the funds, which come from coronavirus relief spending measures he has signed into law. Trump tagged his acting budget director, his chief of staff and the Treasury Department on the tweet.

Trump has been very vocal about his opposition to voting by mail, claiming the practice is ripe for fraud although there is scant evidence of widespread wrongdoing with mail-in voting. Trump himself requested a mail ballot for Florida’s GOP primary last month and he has voted absentee in previous elections.

Michigan spent $4.5 million in federal funds to mail absentee ballot applications to all 7.7 million registered voters for the August primary and November general election. Michigan is a crucial presidential battleground state that Trump, a Republican, narrowly won in 2016.

Michigan is among states hardest hit by the coronavirus pandemic, and Trump and the state's Democratic governor, Gretchen Whitmer, occasionally have clashed over federal assistance during the crisis. Trump tweeted as the state grapples with its latest challenge, severe flooding in one county after two dams failed.

Michigan's Secretary of State Jocelyn Benson, a Democrat, announced the mailing Tuesday as part of the state’s efforts to confront voters' concerns about the pandemic. Benson says the money came from $11.2 million it received from the federal government for elections.

Normally in Michigan, it is up to voters to ask their local clerk for an absentee ballot.

The March presidential primary was the first major election in Michigan in which people could vote absentee without needing an excuse following the approval of a 2018 ballot initiative.