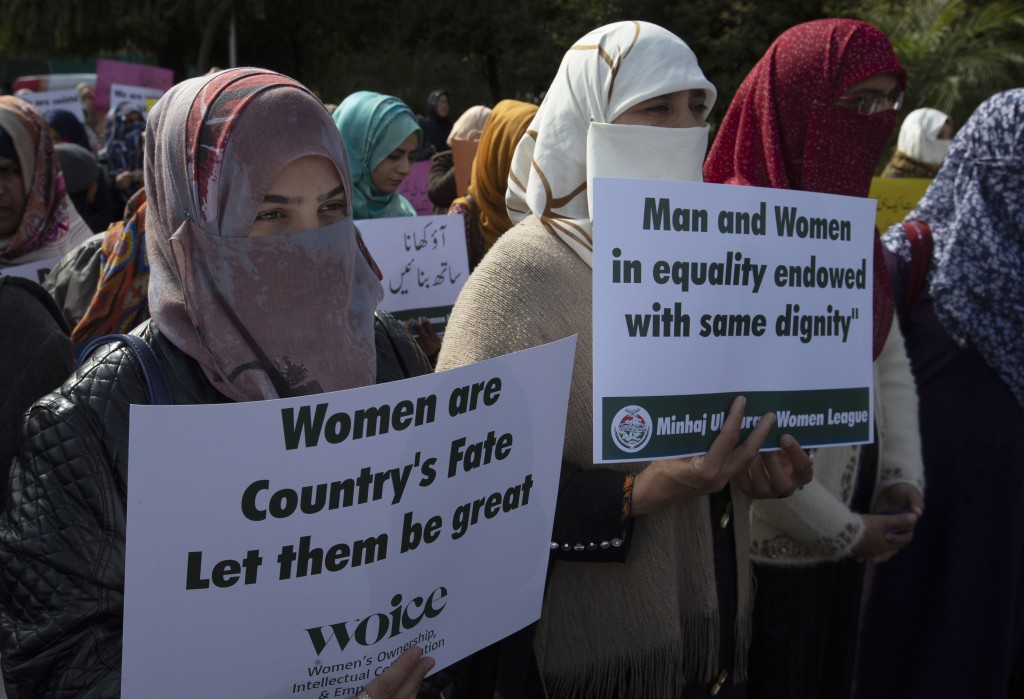 PESHAWAR, Pakistan (AP) — Police in northwestern Pakistan have launched a manhunt for a suspect in the killing of his two teenage cousins after a video of the girls, who were sisters, surfaced on social media showing them kissing a man, police said Wednesday.

The killing took place last week in North Waziristan, a former tribal area and Taliban stronghold. The video, filmed about a year ago, went viral last week and allegedly angered the sisters’ cousin who is said to have accused them of damaging the family’s honor.

Police have already arrested the man seen in the video kissing the two sisters, said Shafiullah Gandapur, a district police chief in North Waziristan. The man is suspected of posting the video on social media, which led to the girls' death.

Gandapur said the video angered the girls' cousin Mohammad Aslamoral who is said to have shot and killed them.

So-called “honor killings” are a significant issue in Pakistan, a conservative Muslim country where nearly 1,000 women are killed by close relatives each year because of actions perceived as violating conservative norms on love and marriage. The incidents have continued although the country's parliament in 2016 made legal changes to mandate a 25-year prison sentence for anyone convicted of honor killing.

Kissing in public is illegal and couples engaging in such displays of affection are usually detained, only to be released after paying a requested some of money to avoid charges. The conservative society considers kissing immoral and an indecent act.

“We are also questioning the father and brother of the two girls to determine whether they played any role in the murder," Gandapur said.

Earlier this month, Pakistan's independent human rights commission in its annual report gave a failing grade to the government of Prime Minister Imran Khan, charging that too little was done to protect the country’s most vulnerable, including women and children.

Law enforcement agencies in Pakistan are often corrupt or refuse to take the word of a woman over a man in Pakistan’s deeply male-dominated society. In April, a powerful cleric who has the ear of the prime minister blamed the global coronavirus pandemic on women who dress immodestly. The remarks triggered outrage on social media.

Pakistani authorities have reported over 45,800 cases of coronavirus, including 985 deaths.