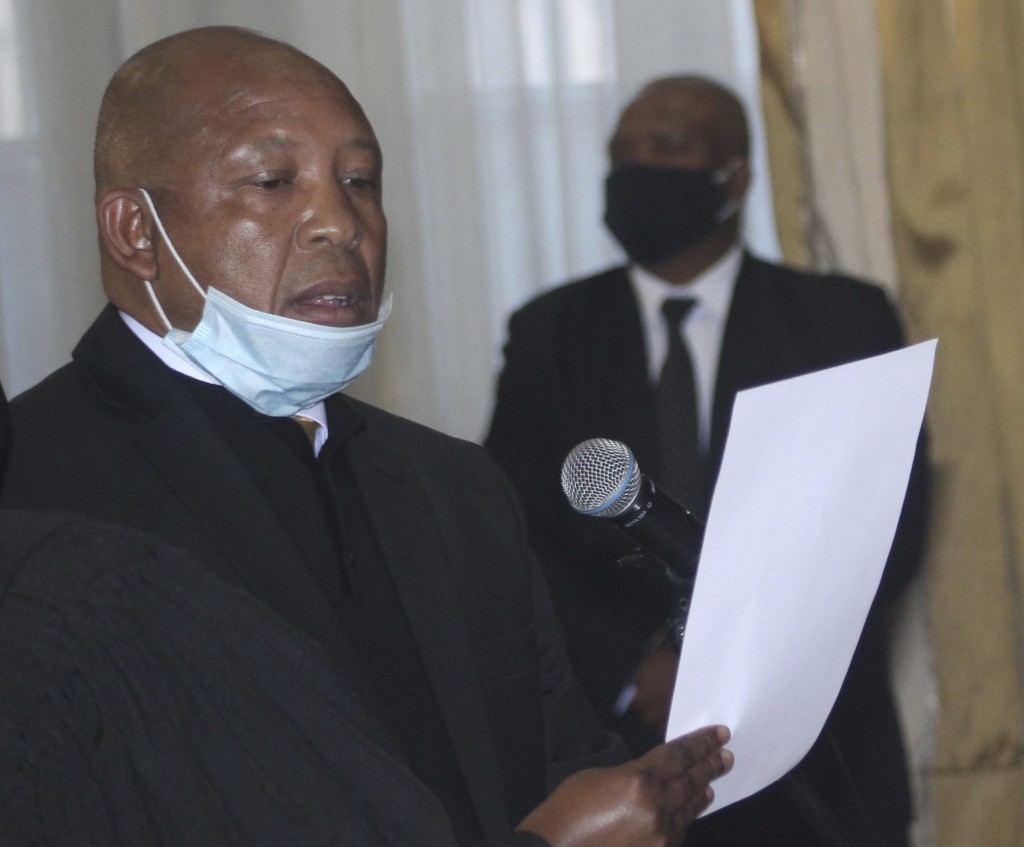 MASERU, Lesotho (AP) — Moeketsi Majoro was sworn in as Lesotho’s prime minister on Wednesday in a swift transition after Thomas Thabane was pressured to resign over allegations of involvement in the 2017 murder of his estranged wife.

Thabane stepped down on Tuesday, a month shy of his third anniversary at the helm of the tiny southern African kingdom of 2 million people. His party had turned against him over the murder case and frustration over his failure to stem corruption.

Majoro comes in at the head of a coalition with the main opposition Democratic Congress. Speaking at his swearing-in by King Letsie III at the royal palace, he paid tribute to his predecessor.

Majoro, a former International Monetary Fund staffer, will see out the last two years of Thabane’s term. Elections are due in 2022.

The new prime minister promised to quickly take on some of the country’s major challenges such as the COVID-19 pandemic, high unemployment, poverty and climate change in these “trying times.”

Thabane thanked the king for the opportunity to lead Lesotho. He acknowledged making mistakes in office and asked the nation to forgive him.

The 80-year-old Thabane leaves without any guarantees from immunity from prosecution for the 2017 murder of his estranged wife, Lipolelo. He had filed for divorce when she was shot dead near her home just two days before Thabane was sworn in for his second stint as prime minister.

His current wife, Maesaiah, who is also charged, has been out on bail while Thabane asked the Constitutional Court to stop the courts from trying him for the crime while he remained in office.

His retirement means he could now stand trial.