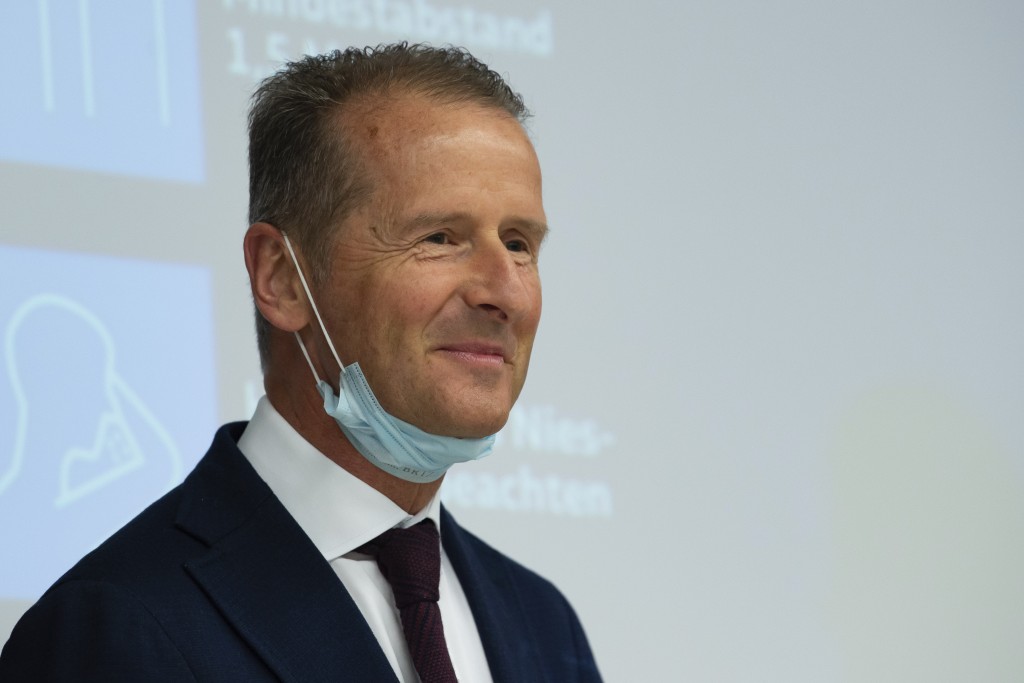 FRANKFURT, Germany (AP) — Volkswagen said charges of securities-law violations against its CEO and board chairman are to be dropped in return for a 9 million-euro ($10 million) payment, removing a potential distraction for the company's management team as it copes with the virus crisis and oversees the rollout of a new generation of electric cars.

CEO Herbert Diess and Chairman Hans Dieter Poetsch were charged in September with failing to tell investors in time about the company's looming diesel scandal in 2015. The end of the case through the payment, allowed by German law, means the two do not admit wrongdoing and will not have to appear for multiple court sessions as part of a trial.

Prosecutors said the two violated securities laws that require companies to notify investors about matters that could affect the price of their shares. The company said it had met its disclosure requirements ahead of the announcement of a notice of violation from the U.S. Environmental Protection Agency on Sept. 18, 2015.

The end of the case against Diess and Poetsch does not stop other investor complaints against the company currently before a court in Braunschweig, Germany.

The company said “it is in the best interest of the company for the proceedings to be terminated” and that it would indemnify Diess and Poetsch with respect to paying a fine of 4.5 million euros each.