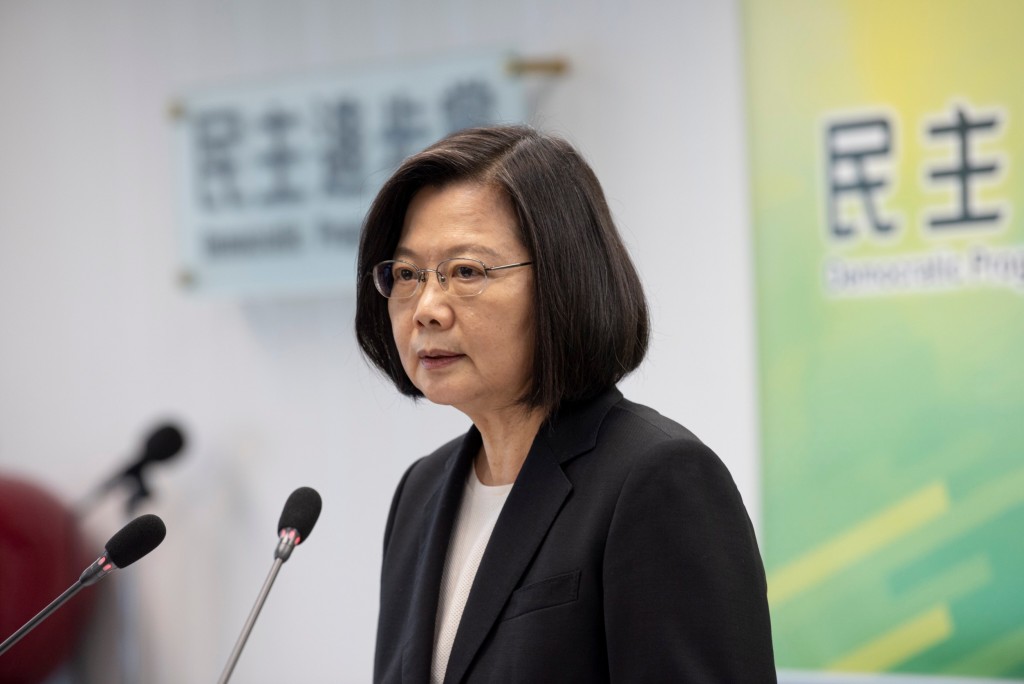 TAIPEI (Taiwan News) — President Tsai Ing-wen (蔡英文) took charge of the Democratic Progressive Party on Wednesday (May 20), setting out three goals as she resumed the position of the party chair for the fifth time.

Tsai returned to DPP headquarters Wednesday afternoon after officially embarking on another four-year tenure as president. She resigned as the chair of the party in late 2018 after the party suffered a major defeat in local elections.

Accompanied by her top aide, Lin Hsi-yao (林錫耀), who has been named the party’s new secretary-general, Tsai envisioned three goals for the party to focus on over the next four years, the first of which is expanding the party's membership.

The DPP needs to actively seek more members from different sections of society so that it can remain competitive and progressive, Tsai said. She stated that the DPP needs its supporters and the general public at large to stand with it and change Taiwan.

Her second goal is to foster young talent within the party. As the ruling party, the DPP should pursue innovation while guaranteeing stability, she said. She also stated that while the party values experience, she hopes it can encourage more cross-generational collaborations in the future.

Tsai's third goal is to continue the momentum gained by the DPP over social media during the presidential election. She went on to say that the party's organization should be slightly restructured in response to the need to grow its presence online, which is generally considered stronger than that of the opposition Kuomintang.