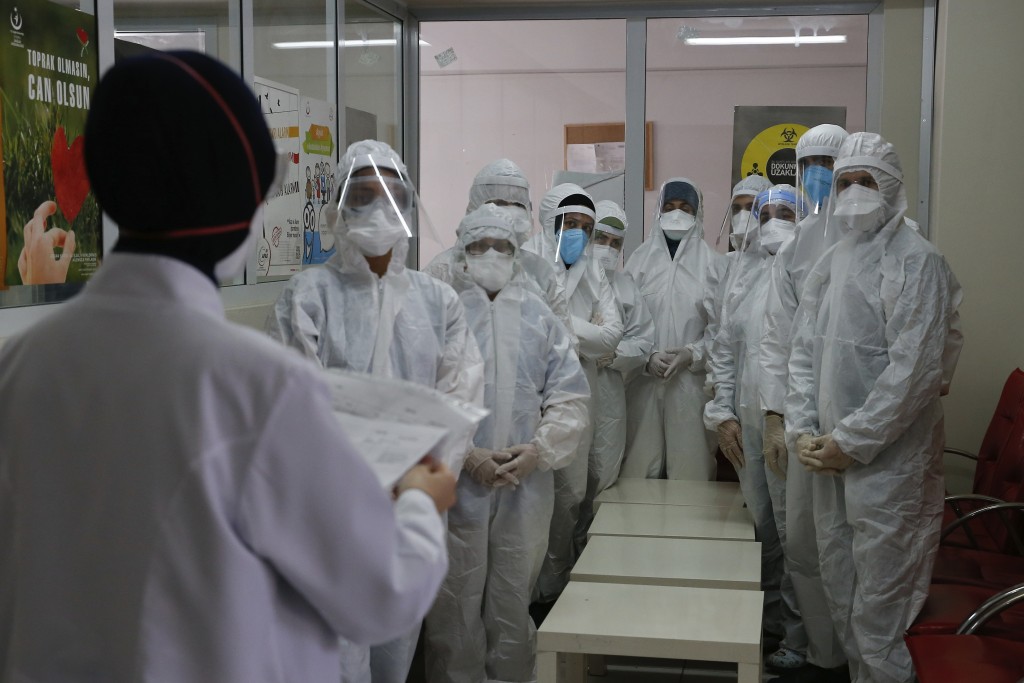 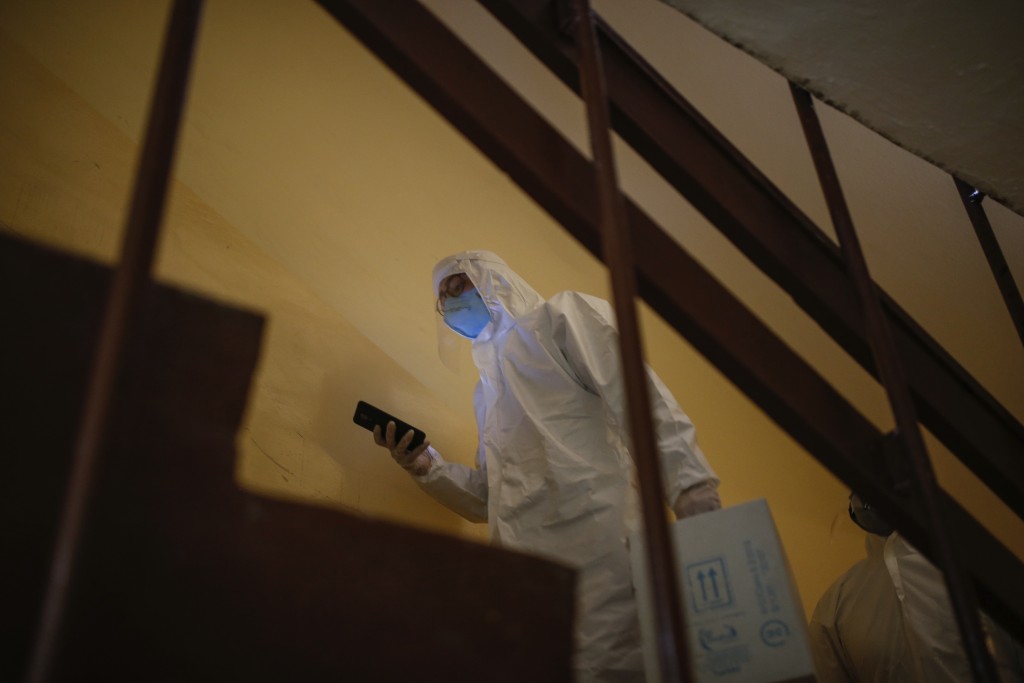 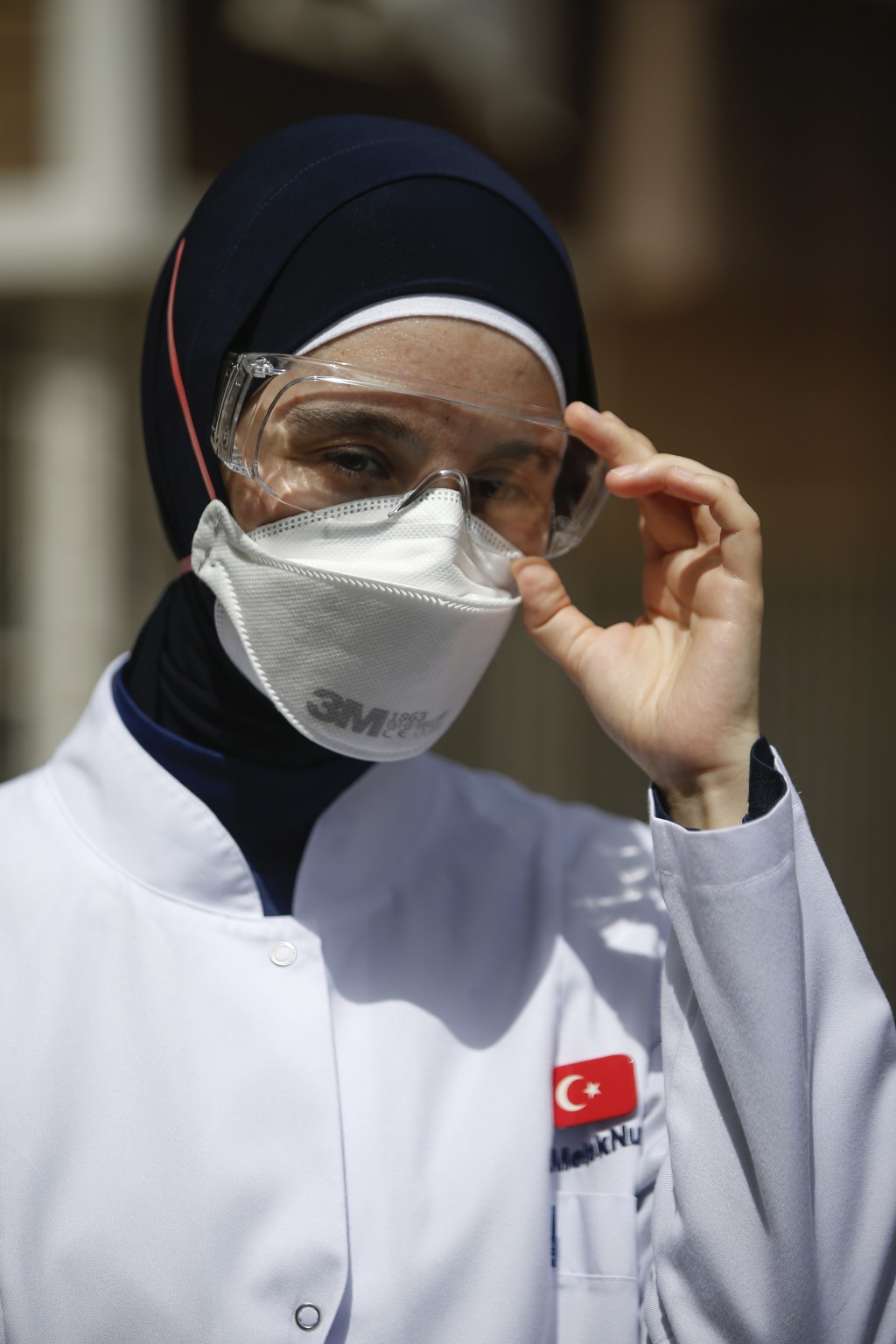 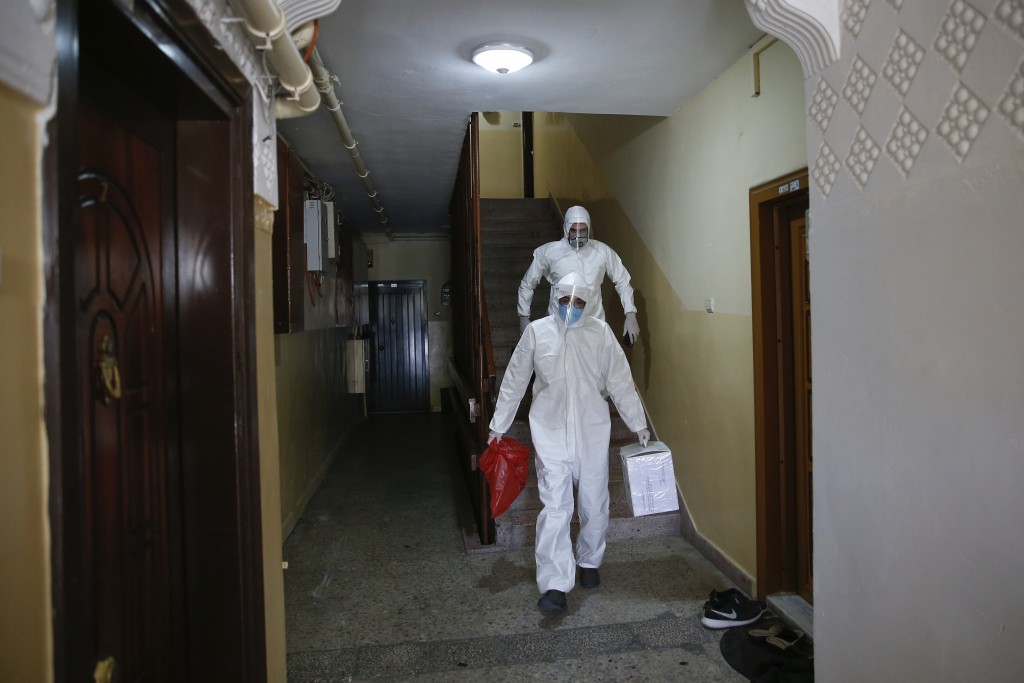 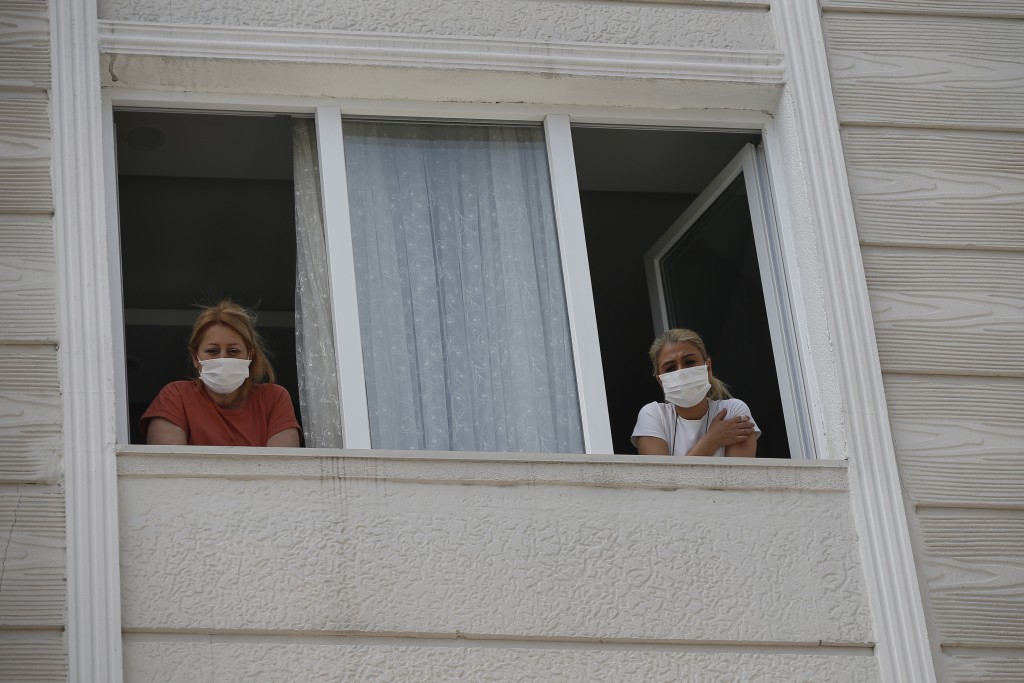 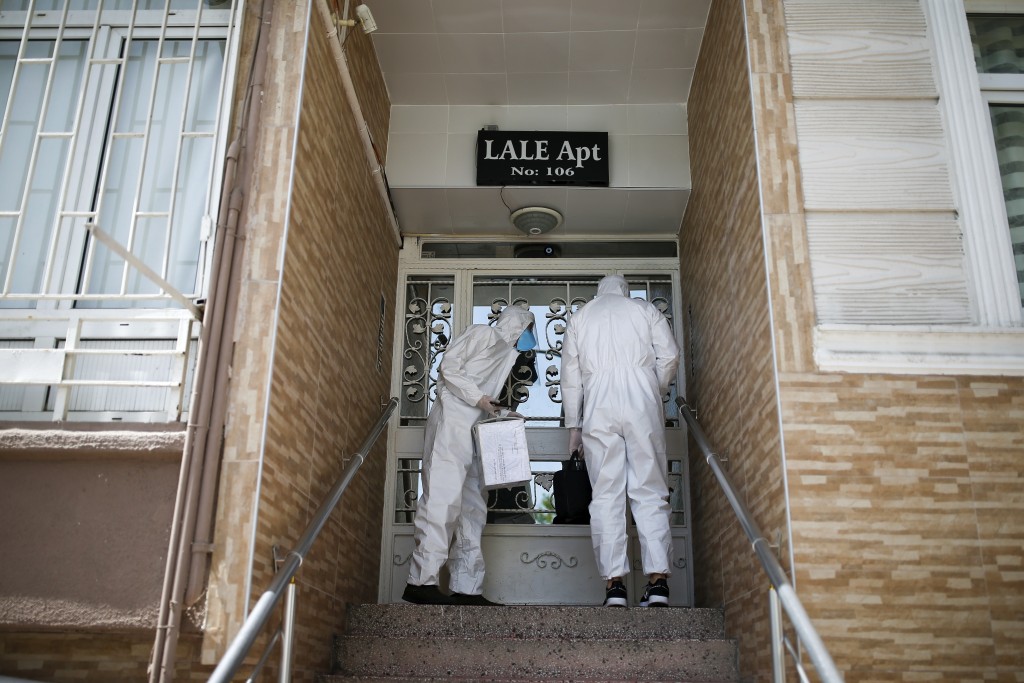 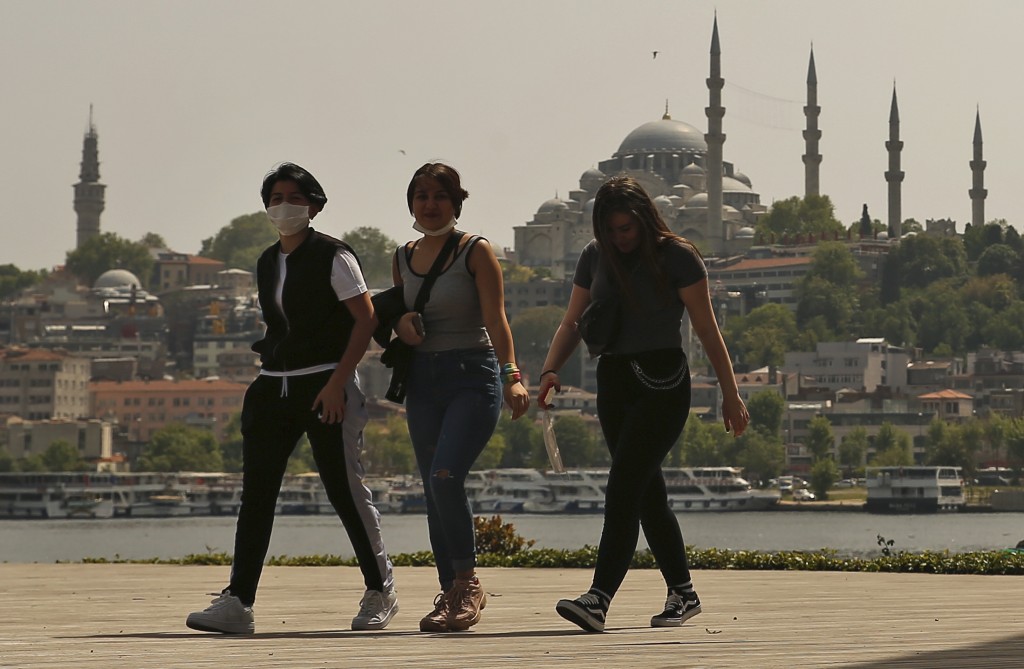 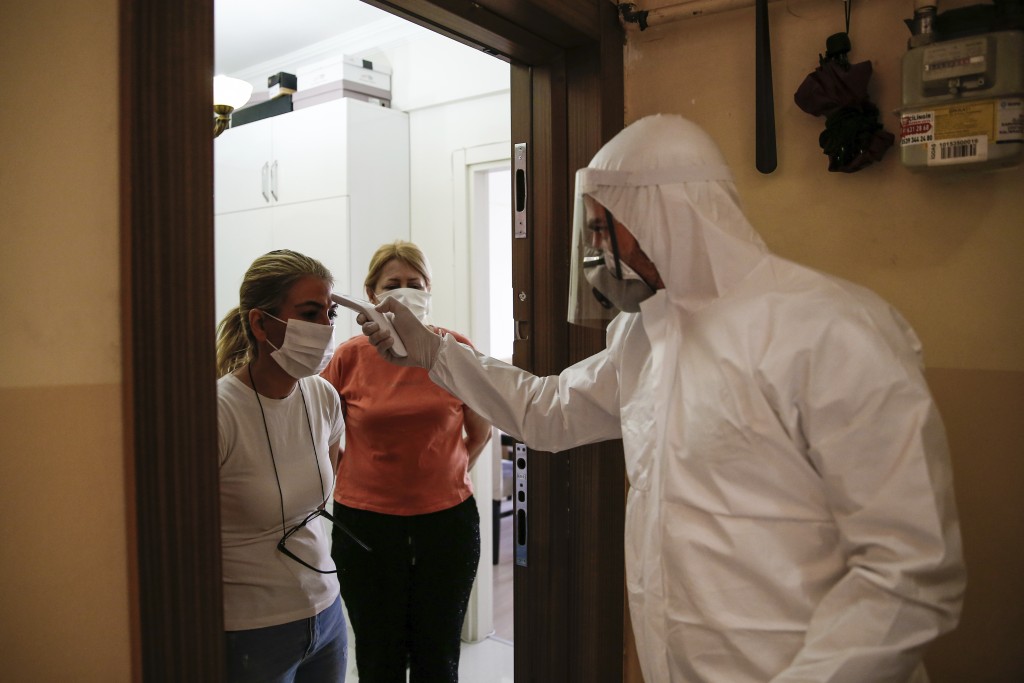 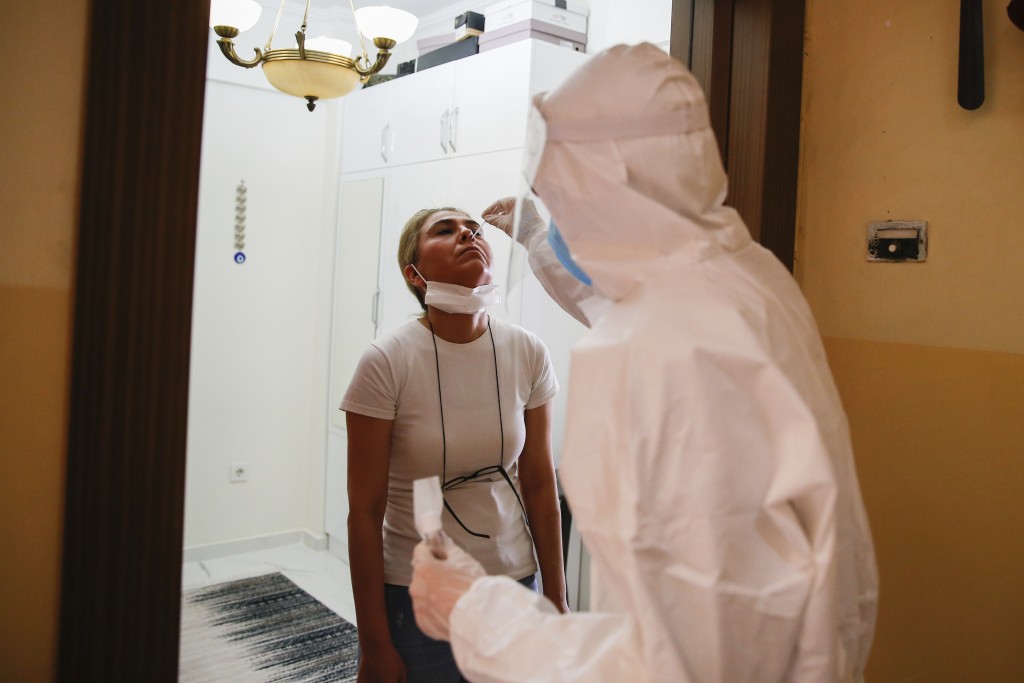 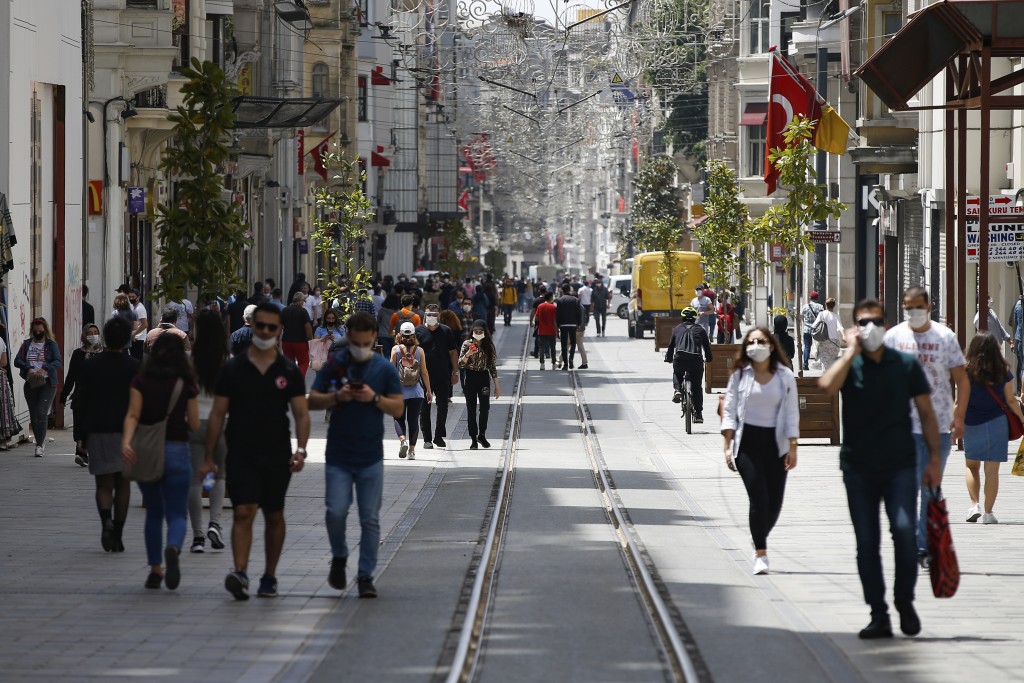 ISTANBUL (AP) — They see themselves as public health detectives, working 24/7 to track the coronavirus' insidious spread through a country of 83 million, blending door-to-door hoof work with mobile apps, CCTV footage and, if needed, police backup.

Instead of global coronavirus testing, Turkey has based its pandemic response on partial lockdowns and work by armies of contact tracers, who identify people possibly infected by a COVID-19 patient and seek to stamp out the fire before it consumes a neighborhood, town or region.

Officials from both the Turkish government and local World Health Organization say the tactic has paid off.

Health Minister Fahrettin Koca says it's brought the pandemic “under control,” with virus deaths and confirmed infections falling. Health Ministry figures record 151,615 confirmed cases — which places Turkey in the global top 10 for infections according to a tally by Johns Hopkins University — and 4,199 deaths.

“We brought the sickness’ spread under control by monitoring the source,” Koca said.

A tracer's job is to find who an infected person has come in close and unprotected contact with for more than 15 minutes. Once identified, these people are instructed to self-quarantine and are tracked by a mobile phone application. If they develop coronavirus symptoms, they are tested.

Turkey takes quarantines seriously — breaches can be punished by fines up to 1,100 TL ($162) and a maximum 1-year prison term.

““I was scared, and panicked,” she told The Associated Press. "Sure we hear about it, but it’s different when you experience it.”

Enter two tracers, in white protective gear, masks and face shields, who came to her home. They took a nose swab and sent it to a lab for testing, which takes 24 to 48 hours.

“We are taking samples from patients in the comfort of their own homes, and ... preventing them from going outside and spreading the infection,” said Dr. Melek Nur Aslan, the local health director for the Fatih municipality in Istanbul, Turkey's most populous city and the epicenter of its pandemic.

Fatih, which includes historic Constantinople, draws migrants from both Turkey and other parts of the world as well as tourists.

“Thanks to our detective work, we have prevented our cases from having contact with others” and helped lessen the strains on hospital emergency rooms and intensive care units, she said.

At least 6,239 tracers have reached some 722,000 people who had contact with an infected person since March 10, Koca said. Some 1,200 of them work in Istanbul, a city of 15.5 million people that lies at the crossroads of Europe and Asia.

All the tracers are members of the country's medical community, including doctors, nurses and dentists, and many received additional training on proper sample collection. Aslan said Turkey already had contact tracing experience before the pandemic and a small number of units to deal with potential measles outbreaks.

Public health expert Kayihan Pala, from the Bursa Uludag University’s Medical School, commended the hard work and selflessness of Turkey's contact tracers, but criticized the health ministry for putting together the teams haphazardly and without what he called adequate training. He also pointed to structural changes in Turkey's health care system that could have weakened the initial response to the pandemic by primary care facilities.

“We could have responded earlier and stronger to fight the pandemic,” Pala said.

The interim chief for WHO's Turkish office, Irshad Ali Shaikh, said the country's downward trajectory in reported confirmed cases “shows whatever interventions (were made) seem to have worked in favor, absolutely.”

Shaikh said the global good practice goal was to test on average five close contacts of confirmed cases, and the government said in April that its tracers were reaching on average 4.5 contacts of an infected person.

“So if they are 4.5 out of 5, they are really very good in terms of global benchmarks,” he said.

Turkey has opted for partial lockdowns to keep its economy running, having workers still go to their jobs as much as possible but ordering stay-at-home lockdowns for people under 20 and above 65. Senior citizens, an age group that is most vulnerable to the coronavirus, on Sunday got to go outdoors for only the second time amid the lockdown. Other adults have had to follow two- to four-day lockdowns imposed in 31 provinces.

President Recep Tayyip Erdogan has announced a nationwide lockdown for four days during the upcoming Muslim holiday of Eid al-Fitr, voicing hopes that this will be the last stay-at-home restrictions.

But the independent Turkish Medical Association has said it’s too soon to say if the pandemic’s spread has been curbed in Turkey. The group has called for widespread coronavirus testing, including of people who have yet to show symptoms but were identified through contact tracing.

Some 1.67 million people have been tested for the disease so far in Turkey.

Aslan said that while police sometimes accompany her teams on their home visits if they feel threatened, overall the Turkish public has been compliant, grateful and welcoming to their efforts to stamp out the global menace. She said the teams have been very careful in their operations.

“Of course, we are anxious like others, and the worry is about possibly infecting our families,” she added.