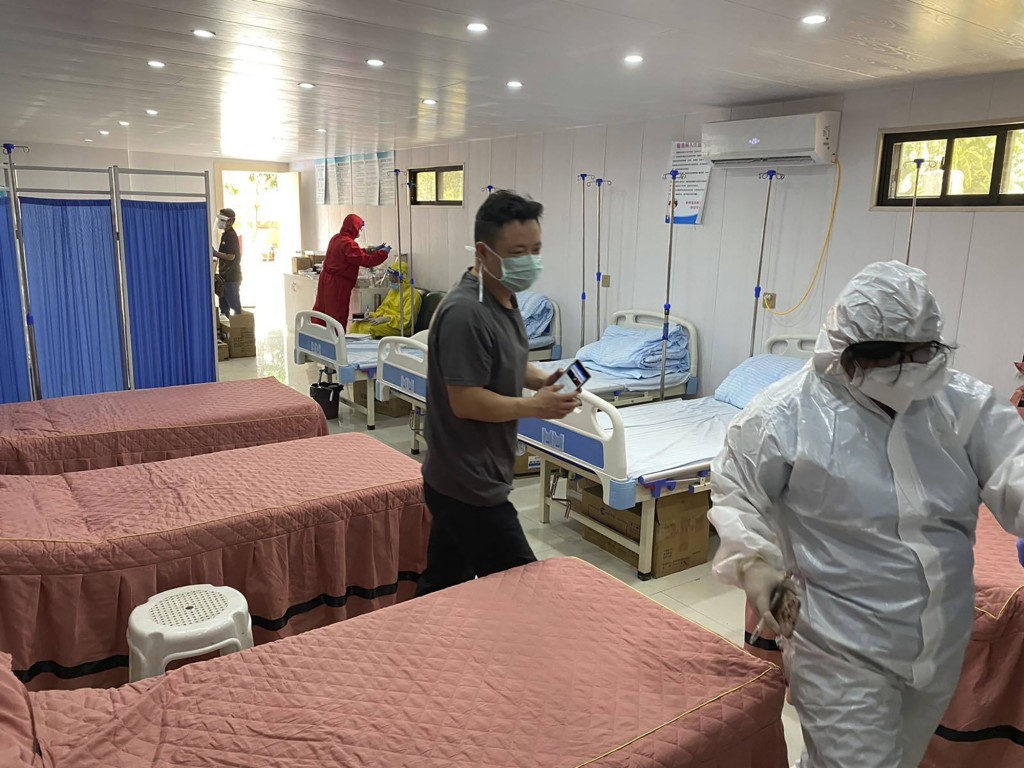 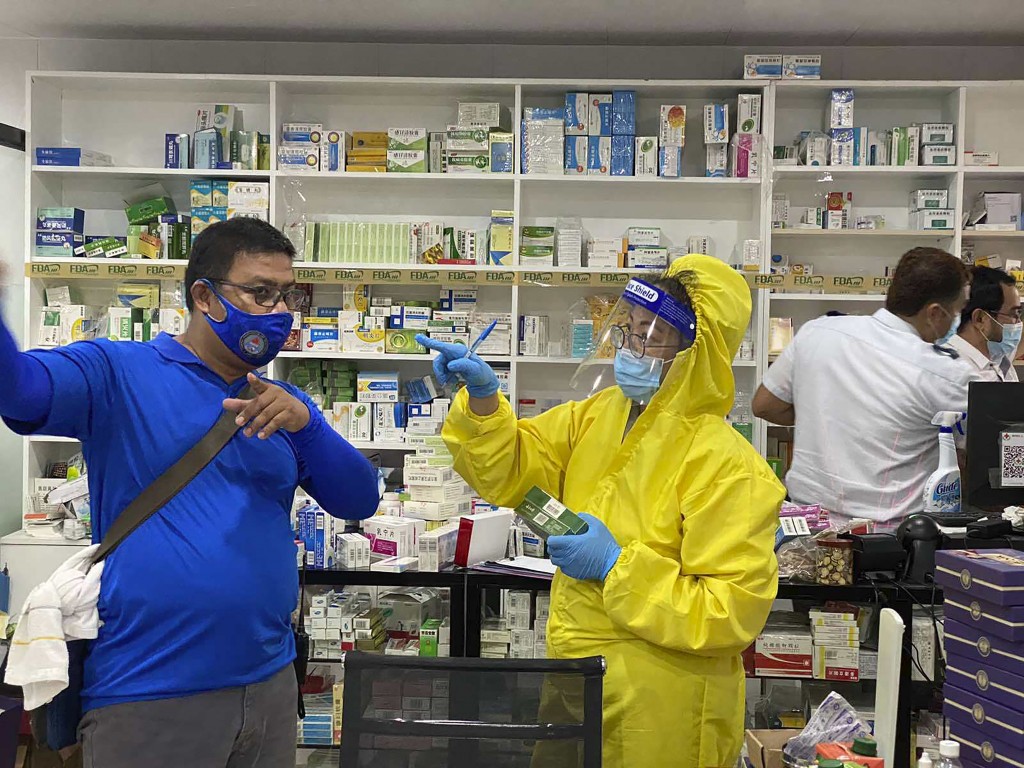 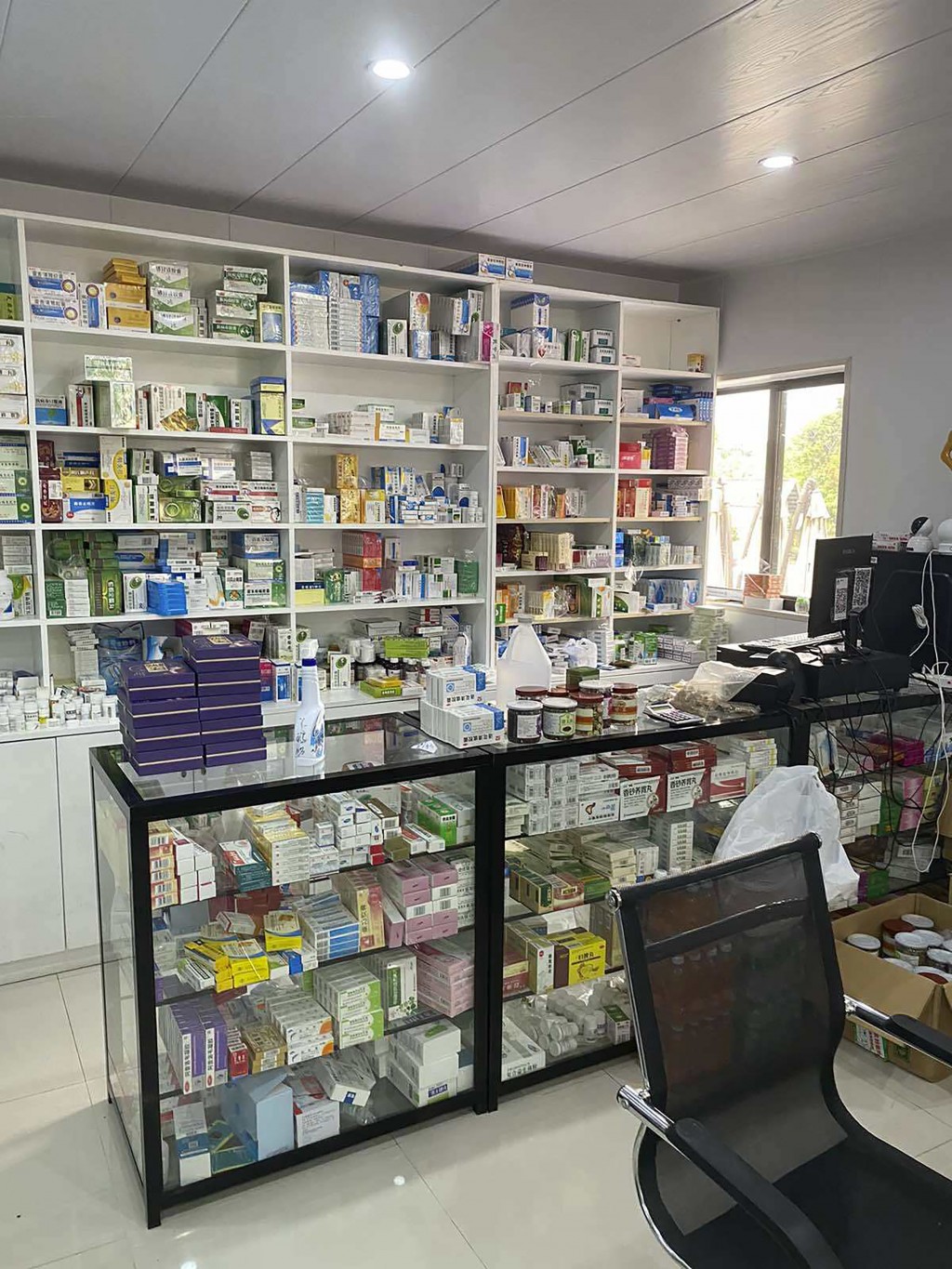 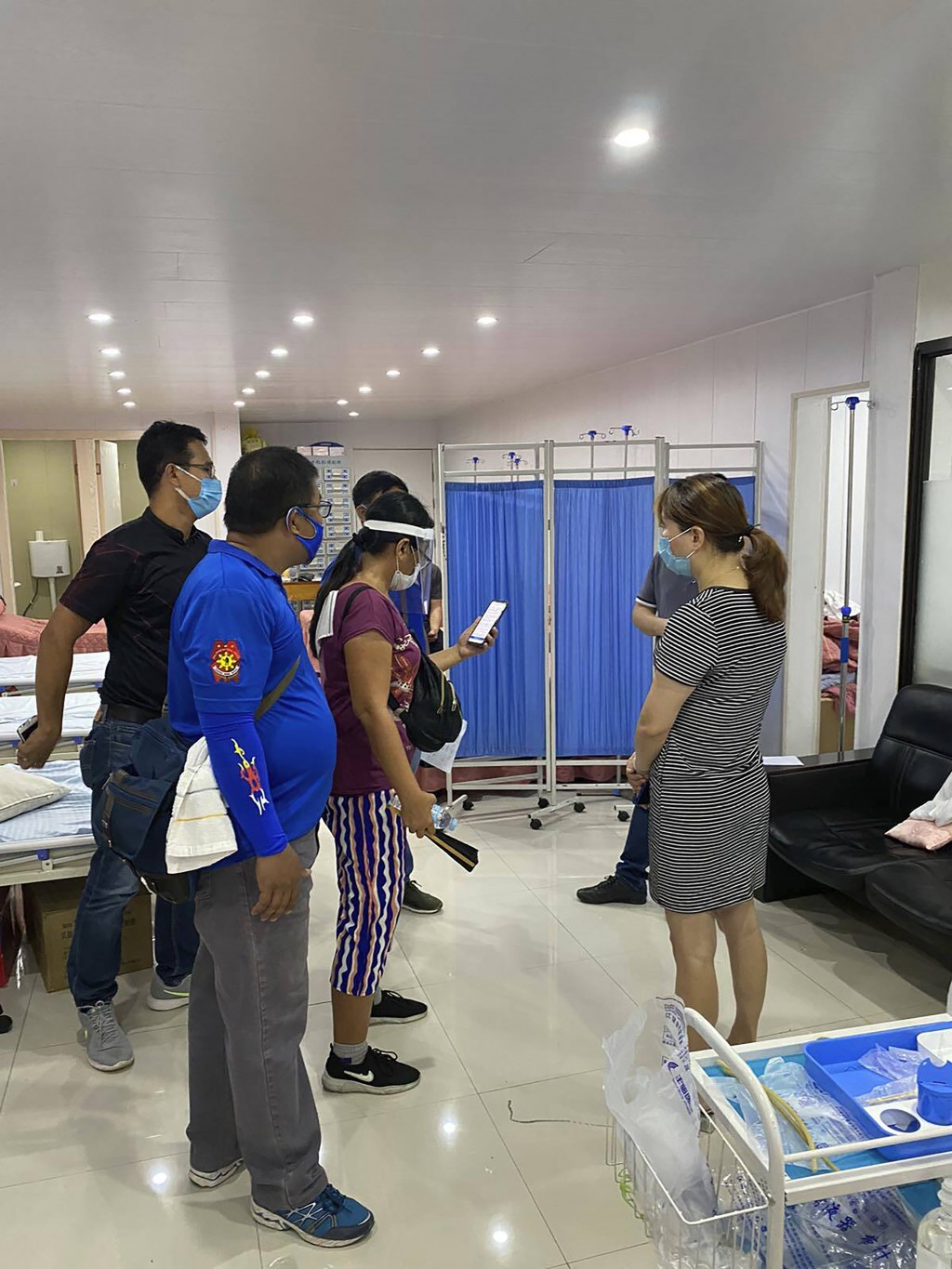 Two people were arrested and one patient was found during Tuesday's raid at the residential villa that had been illegally turned into a seven-bed hospital and drug store, Police Brig. Gen. Rhoderick Armamento said.

More than 200 suspected coronavirus rapid test kits and syringes were recovered in trash cans at the villa, which has a small canteen with stacks of beer cases at the lobby entrance where a red sign welcomed visitors with well wishes in Chinese. The hospital and drugstore are in a large room by the swimming pool at the back of the compound, according to Armamento and a police video.

The Chinese male patient was moved to a Philippine hospital. Those arrested were the Chinese administrator of the hospital, which may have been operating secretly for about three months, and a compatriot who manned the drugstore, he said.

“They have practiced medicine and prescribed drug without license,” Armamento told The Associated Press by telephone Wednesday. “The Chinese patients who were brought there may still be walking around in public and can infect other people.”

Police put the residential compound under surveillance after receiving a complaint that a person infected with the coronavirus was being treated there. They coordinated with Department of Health and Food and Drug Administration officials prior to the raid, a police report said.

Police Lt. Gen. Guillermo Eleazar, who heads a national police force enforcing quarantine restrictions, told AP that the illegal hospital and drugstore could endanger patients instead of saving them because they do not conform with government health regulations and standards.

The villa is in the Clark Freeport and Special Economic Zone, a former U.S. Air Force base turned into a commercial and leisure center with upscale residential enclaves, northwest of Manila. Most of the illicit medical facility's clients may have come from the large numbers of Chinese nationals working in online gambling outfits in Clark, Armamento said.

The Philippines, backed by the Chinese government, has launched a crackdown on large numbers of Chinese who mostly entered the country as tourists and then worked for the online gambling operations, which are illegal in China. The outfits cater mostly to Chinese clients in mainland China.

The Philippines has reported nearly 13,000 coronavirus infections, including 837 deaths, among the highest in Southeast Asia.