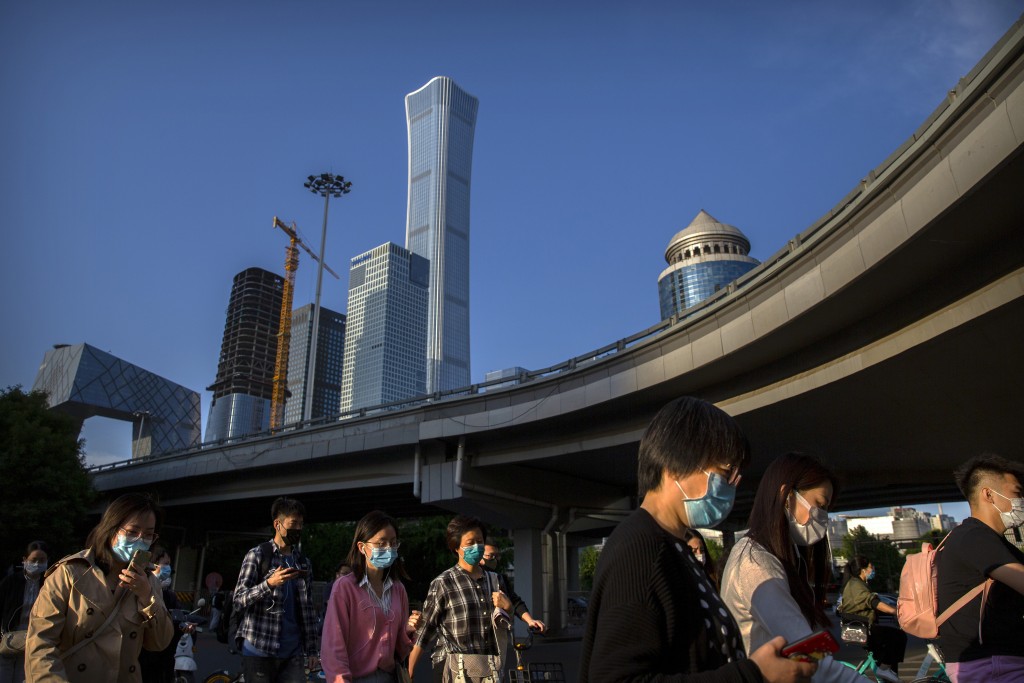 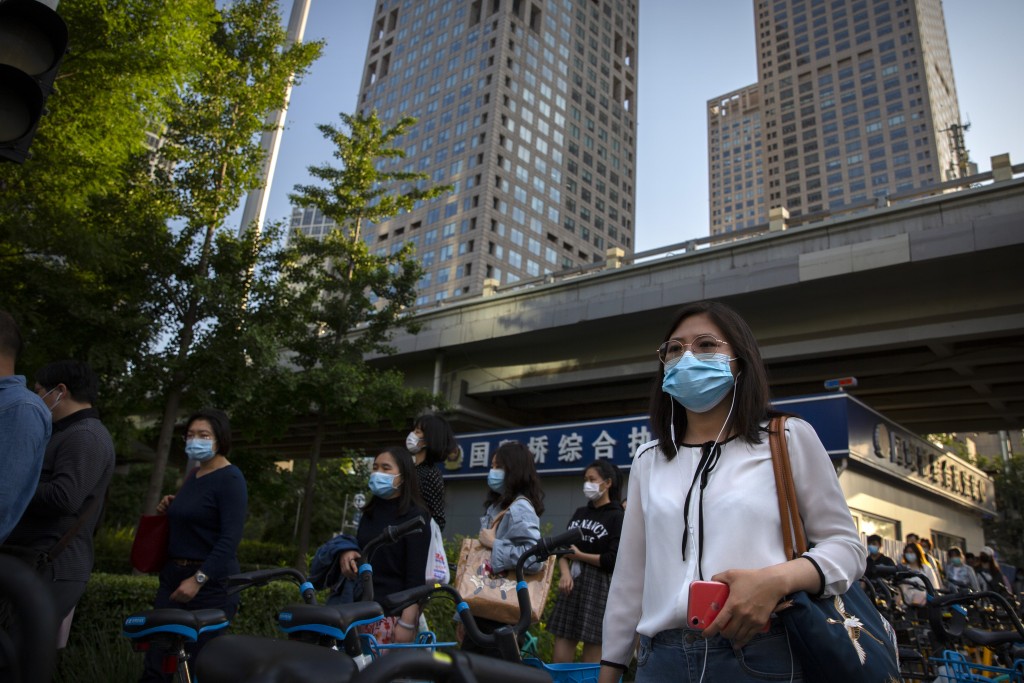 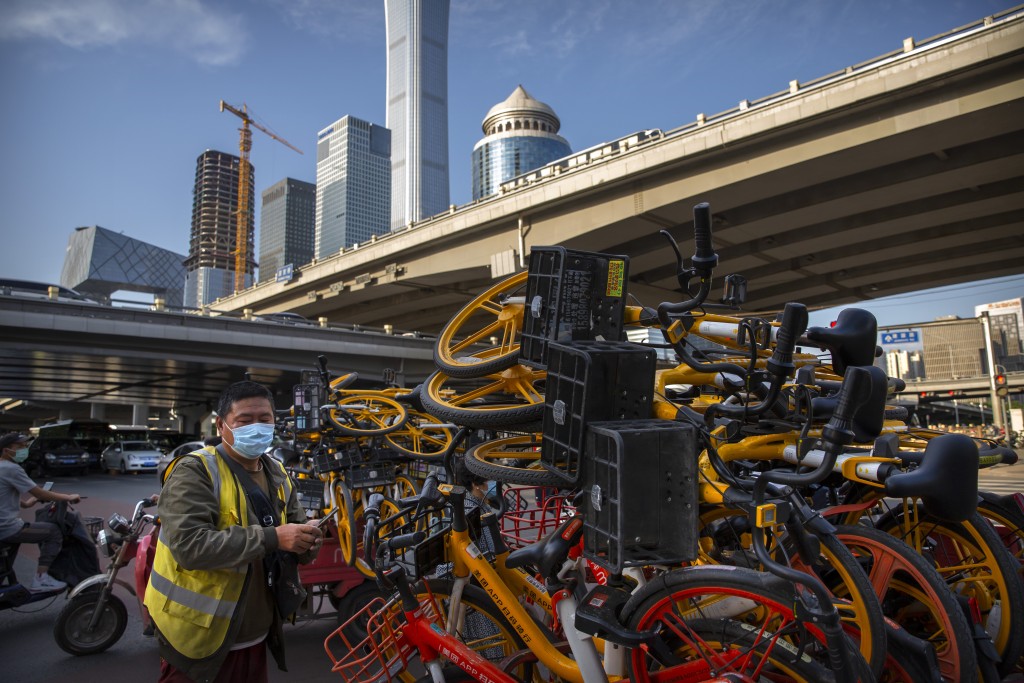 BEIJING (AP) — When China convenes its National People's Congress on Friday, will the 3,000 delegates stand shoulder to shoulder? Will they wear masks?

This year's version of China's biggest political meeting of the year will be unlike any other. Delayed from March because of the then-spiraling coronavirus outbreak, the decision to go ahead with the gathering signals a partial return to normalcy in the country where the pandemic first broke out. “Partial” being the operative word: The congress will be far from normal.

For the ruling Communist Party and leader Xi Jinping, the holding of the congress, even in curtailed form, offers an opportunity to showcase China's success in curbing the spread of the coronavirus, while many others are still wrestling with it. But the government is taking extensive precautions to prevent any infections at the congress, a health risk and potential public relations nightmare.

Shi Shusi, a Beijing-based social commentator, said that both the holding of the congress and the reopening of schools are seen as indicators of whether the epidemic in China has ended. A day ahead of the congress, an advisory body held in conjunction with it convenes Thursday. Together the annual meetings are widely referred to in China as the two sessions.

“It concerns the safety of children and government officials, which is very important in China,” Shi said. “The opening of the two sessions is to tell the world that the epidemic situation is under control.”

Classes resumed in Beijing for some grades this month, notably high school seniors who must prepare for college entrance exams, while others will follow in June. Universities remain closed until at least September.

Traffic congestion has returned, another sign that life is edging back toward normal in the capital. Food courts are crowded with lunchtime office workers, lining up for Chinese noodles and Korean rice bowl meals, though signs urge diners not to linger and converse.

As night falls, dance groups have resumed their get-togethers in public spaces, many following new official guidance that masks are no longer needed outdoors. Most onlookers, though, still wear them. Movie theaters remain closed, and major tourist sites require advance registration to limit the number of daily visitors.

The congress, normally a colorful affair with plenty of ceremony, will be shorter than usual, perhaps one week instead of the usual two. Some officials will speak remotely to breakout sessions of delegates by video. Participants are being tested and isolated ahead of the meetings, and news conferences will be held by video.

Earlier speculation that some of the 3,000 delegates, who come from around the country, might attend by video link has faded, with Chinese media reports now focused on them getting coronavirus tests before departing for Beijing.

The fallout from the coronavirus outbreak, economic and otherwise, is likely to dominate the agenda. The sharp deterioration of U.S.-China relations, fueled by a blame game over a pandemic that has killed more than 323,000 people globally, will also hang over the meeting.

Xi's public standing has risen at home for both his handling of the outbreak and his standing up to foreign accusations that the government reacted too slowly and covered up the seriousness of the outbreak initially, said Cheng Li, a China politics expert at the Brookings Institute in Washington, D.C.

Overseas, opinions of Xi are less rosy, at least in some quarters. While some countries have embraced deliveries of virus-related equipment from China, the U.S., Australia and some European nations have questioned the government's openness and bristled at combative retorts by some of its diplomats.

"His handling of the pandemic has certainly opened the door to debates within China about the overall trajectory of the country under his leadership and confirmed the worst opinion of the character of his leadership among many in the international community,” Elizabeth Economy, director for Asia studies at the New York-based Council on Foreign Relations, said in an email.

The growing split with the U.S., as the Trump administration takes a more confrontational approach to a rising China on trade, technology and other issues, adds to the challenge of reviving economic growth and jobs, both of which were hit hard by the epidemic.

The congress, largely a rubber-stamp body that gives formal approval to earlier leadership decisions, is the venue for the Communist Party to review the past year and announce its economic growth target and other goals for the next 12 months. The growth target is expected to be lower than last year, and some analysts speculate that the party may not even announce one given the current economic uncertainty.

“The government should be frank to tell the public these risks and difficulties in a responsible way,” said Peng Xizhe, sociology professor at Heilongjiang University in northeastern China. "There are currently difficulties in some northern parts of China whose economic foundation is not strong enough. Difficulties such as unemployment should get the attention of all of society.”