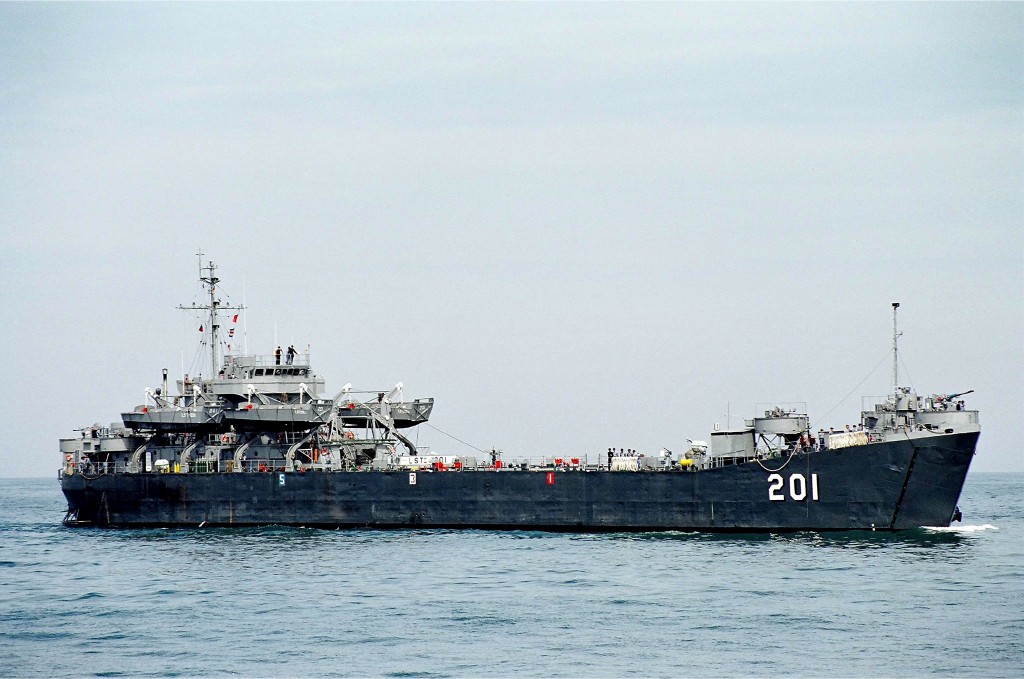 TAIPEI (Taiwan News) — Taiwanese netizens are trying to drum up support to save a warship that saw combat against communist Chinese forces from the scrapheap.

On May 15, the Taiwan Navy announced that it would sell the Chung Hai (中海號, LST-201), a tank landing ship, for scrap metal. Military enthusiasts were alarmed by the news and immediately began trying to rally support to have the ship preserved for its historic value. On Tuesday (May 19), an anonymous buyer purchased the ship and welcomed any persons interested in buying it to contact him before it is sent to the scrapyard.

The winning bid for the ship was NT$14 million (US$467,227), and the new owner is expected to tow the Navy vessel to a scrapyard in June. However, the owner expressed goodwill to military fans and said those interested in acquiring it should contact him as soon as possible, indicating he would be willing resell so long as the price is close to the original bid. The landing ship saw action in the Luzon Operation in January 1945 and the Consolidation and Capture of the Southern Philippines in April 1945. On May 29, 1946, the ship was transferred to what is now the Taiwan Navy in Qingdao, China, in accordance with the Sino-US Cooperative Agreement and was renamed the Chung Hai.

While defending Kinmen from invading People's Liberation Army (PLA) forces during the Second Taiwan Strait Crisis in 1958, the Chung Hai was credited with sinking at least two Chinese torpedo boats. While voyaging from Taiwan to Kinmen, the vessel was struck by a torpedo that inflicted heavy damage and 30 casualties, including eight dead and 12 wounded.

The Chung Hai also fought in the Zhoucun-Zhangdian Campaign in 1948, the Battle of Nanshanwei Island in 1950, the Naval Battle of Zhejiang in 1954, and the Battle of Dachen Archipelago in 1955, among others. When the ship was decommissioned on February 1, 2010, it was the last Taiwan Navy vessel that had seen combat against Chinese warships.